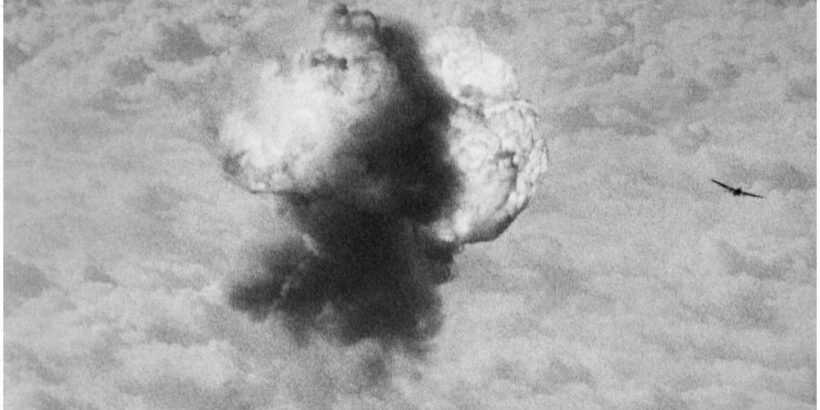 The company has also acquired Sergei Loznitsa’s “The Natural History of Destruction,” which will have its world premiere as a special screening at the Cannes Film Festival. Progress is handling world sales as well as distribution in Germany, where it’s planning a theatrical release.

Based on WWII archive footage, “The Natural History of Destruction” puts forward the questions: Is it morally acceptable to use civilian populations as a means of war, and is it possible to justify mass destruction for the sake of higher “moral” ideals? Those questions remain as relevant today as they were 80 years ago, becoming ever more urgent amid Russia’s ongoing war in Ukraine.

Progress Film was founded in East Berlin in 1950 and was the only distributor in East Germany until the fall of the Berlin Wall, making it one of the biggest European film distributors of the 20th century. The company’s aim at the time was in part to demonstrate the utopia of a better life as a substitute to the Nazi propaganda previously disseminated.

After German reunification, Progress focused on developing and distributing the former communist republic’s vast film heritage. Its work as a film archive was recognized worldwide and beyond the DEFA Foundation, which was established to preserve the films produced by the state-owned Deutsche Film-Aktiengesellschaft studio, other archives entrusted their holdings to Progress for indexing and evaluation, including the Vietnam Film Institute, the Catholic Church, and broadcasters of German television (ARD).

Progress uses the latest AI methods for digitization, restoration and metadata creation and operates an archive platform for the worldwide community of archive researchers at its website. It intends to handle a select slate of three to six documentary and fiction films per year, with a focus on the intersection between historical and contemporary relevance.

As an archive, Progress found essential material for the creation of “The Natural History of Destruction” in its holdings. With Loznitsa’s latest, it also resumes its traditional role as a film distributor and world sales agent for theatrical productions and will release the film as the first production in this new chapter of its 72-year history in German cinemas. The company will also represent the film on the worldwide market.

Gunnar Dedio, CEO of Progress Film, commented: “I grew up in East Germany with the masterpieces of Eisenstein and Tarkovsky shown by Progress in my hometown cinema, the ‘Theater of Peace’ (Theater des Friedens) in Rostock. It’s a huge honor and responsibility for me today as the CEO of Progress to resume the 72-year history of this legacy distributor with a new masterpiece by Sergei Loznitsa.”

Born in Kyiv, Loznitsa has received wide acclaim for documentaries such as “Maidan” (2014), which chronicled the 2014 Ukrainian revolution and had its world premiere at a special screening in Cannes. His subsequent features “The Event” (2015), “Austerlitz” (2016), “The Trial” (2018) and “State Funeral” (2019) were presented in the Special Screenings section of the Venice Film Festival. In 2021 he received a Special Jury Prize, the Golden Eye award, for best documentary in Cannes for his film “Babi Yar. Context.”