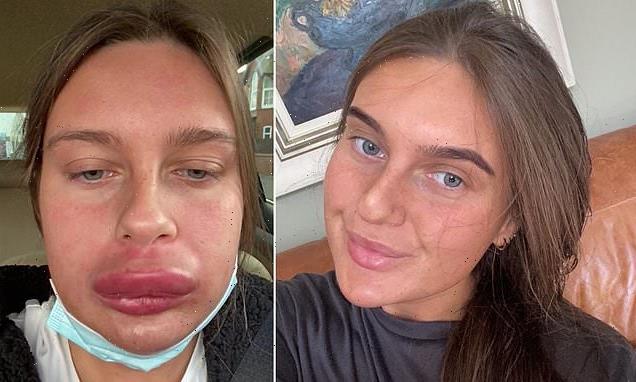 Woman, 23, says she was left looking like ‘Donald Duck’ after a severe allergic reaction to having her lip filler dissolved

A woman was left ‘looking like Donald Duck’ after she tried to have her lip filler dissolved.

The beauty fan, identified only has Ruby, from Newcastle-upon-Tyne, went to a clinic to have her filler corrected after noticing it wasn’t giving her the ‘shape and definition’ she wanted.

A nurse advised she would need to first have the filler dissolved then start again as her lips were ‘too full’.

However something went wrong with the dissolving procedure as her face started to rapidly swell, leaving her looking like ‘Donald Duck’. 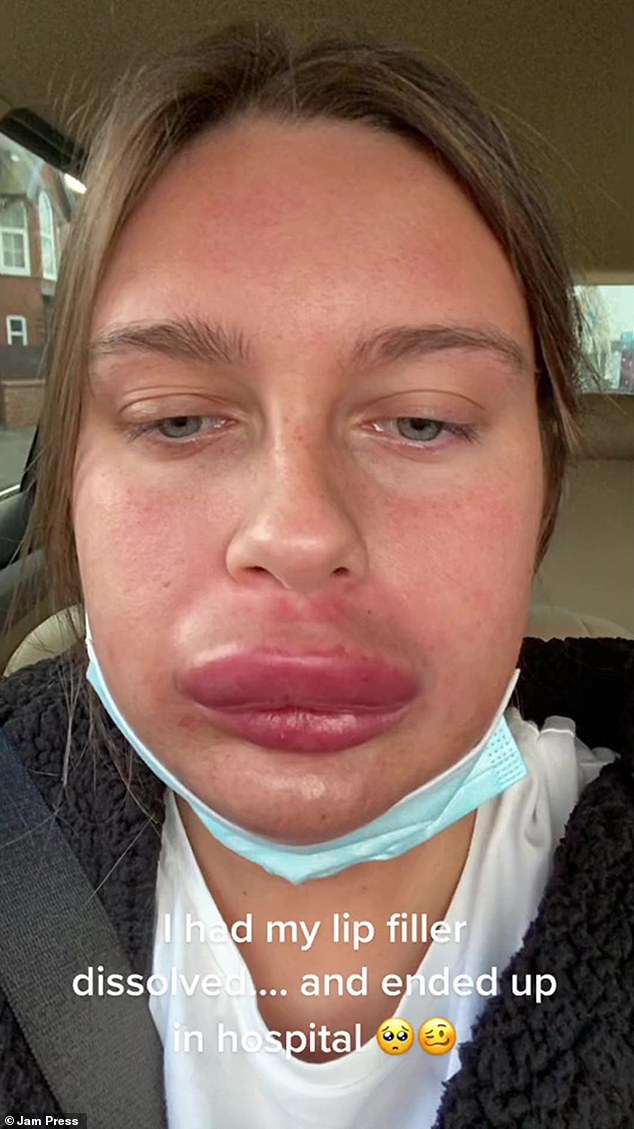 The beauty fan, identified only has Ruby, went to a clinic to have her filler corrected after noticing it wasn’t giving her the ‘shape and definition’ she wanted. Pictured, the severe swelling she experienced after the reaction to the procedure 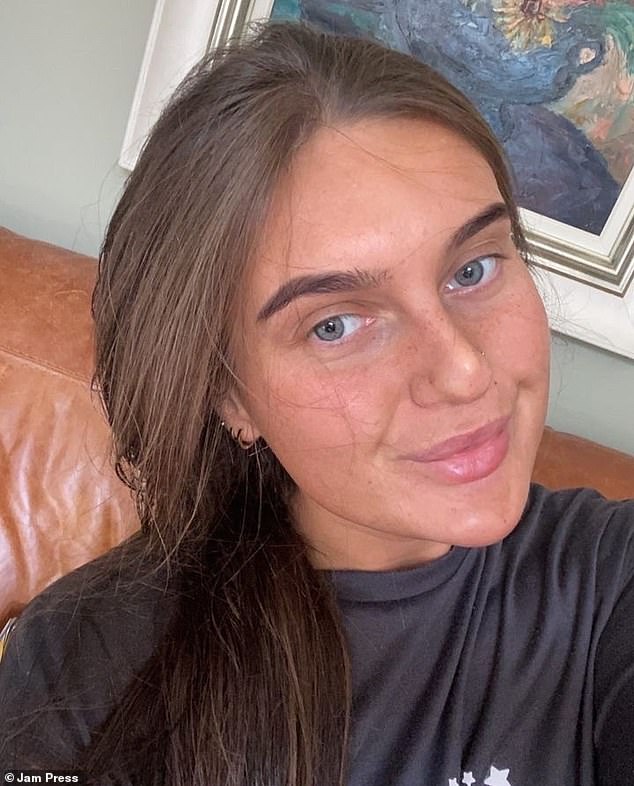 Ruby a month after having her lip fillers dissolved and looking back to normal. She shared her story to warn others of the dangers of having filler administered

The 23-year-old posted about her experience on TikTok in a video that racked up more than 2.6million views.

‘Within seconds of the injection, I started to swell, but the nurse kept going and just said that a little swelling was apparently normal,’ Ruby said, recounting the dissolving procedure.

Ruby claims that it wasn’t until the nurse had finished the procedure of dissolving them that her lips got bigger and bigger to the point where she became concerned.

Ruby said: ‘She then walked me out to the car, with a mask over my face and told my mother who was waiting for me that she needed to take me to hospital immediately.  It was awful.

‘As much as it didn’t actually hurt, the pressure of the swelling was extreme and my lips just felt as though they were going to pop at any given moment. 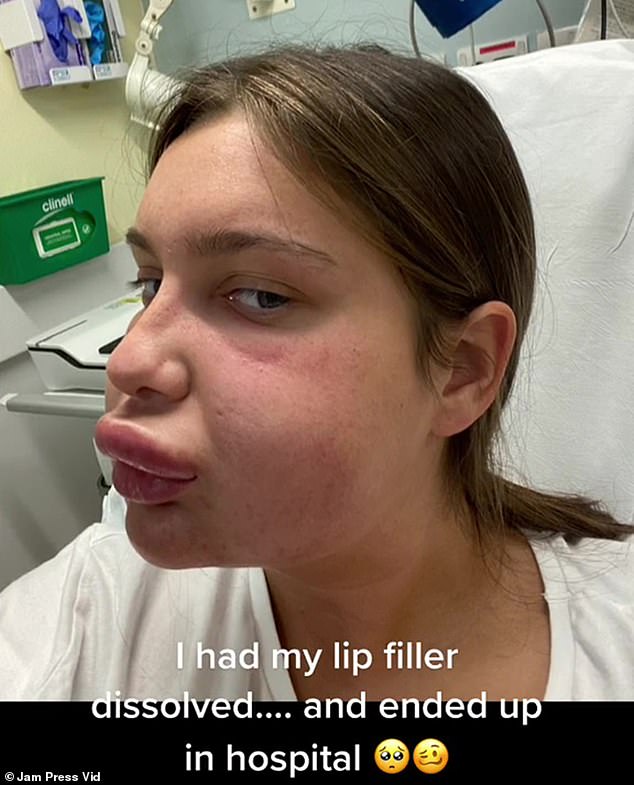 Ruby her fillers dissolved after finding that they had migrated, which is when the material moves from its injection site to another part of the lip. Unfortunately, the procedure didn’t go as planned, as Ruby’s lips swelled up so much that her face became unrecognisable 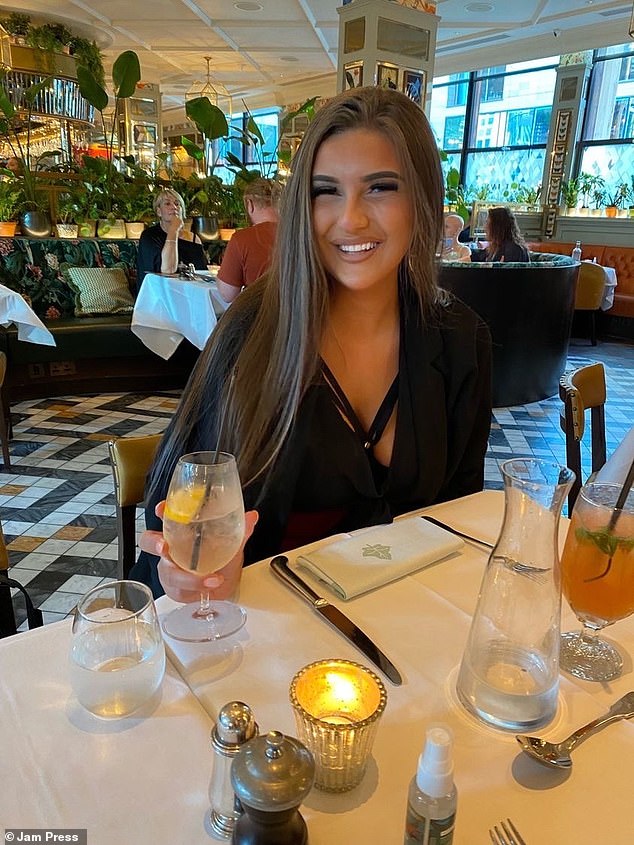 Ruby after having her lip fillers dissolved on a lunch trip, said it took weeks for the swelling to subside 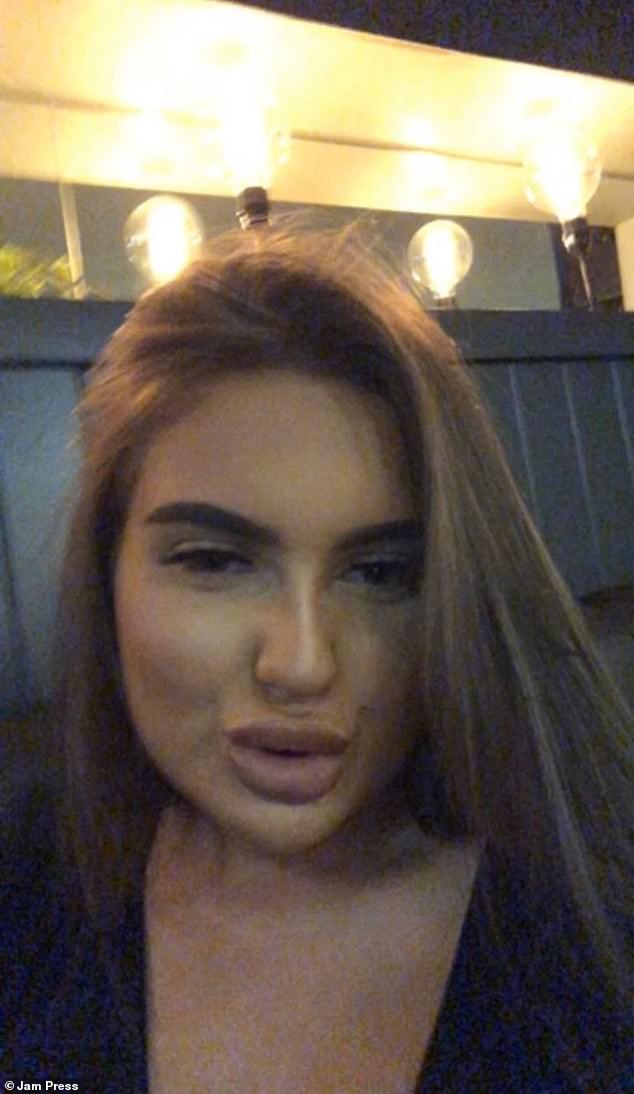 Ruby was happy will her fillers until she noticed that they had started to migrate from the injection site and wanted more definition as they looked ‘too full’. Pictured, Ruby before having her lip fillers dissolved

‘I was just scared in case I would stay disfigured permanently and the swelling would never subside.’

Panic set in as the extreme swelling began to spread to Ruby’s jaw, cheeks and her nose.

She said: ‘My mum drove me to the closest hospital in a mad panic. We are not from the area so I was having to direct her from Google Maps which just added to the stress and worry.

‘As soon as we got there, I ran straight past reception while my mum checked me in. I went straight into the main ward where I was seen to right away due to the extreme swelling of my face.’

At the hospital, Ruby was given steroids and antihistamines but was told she was ‘very lucky’ – as the end could have been far worse. 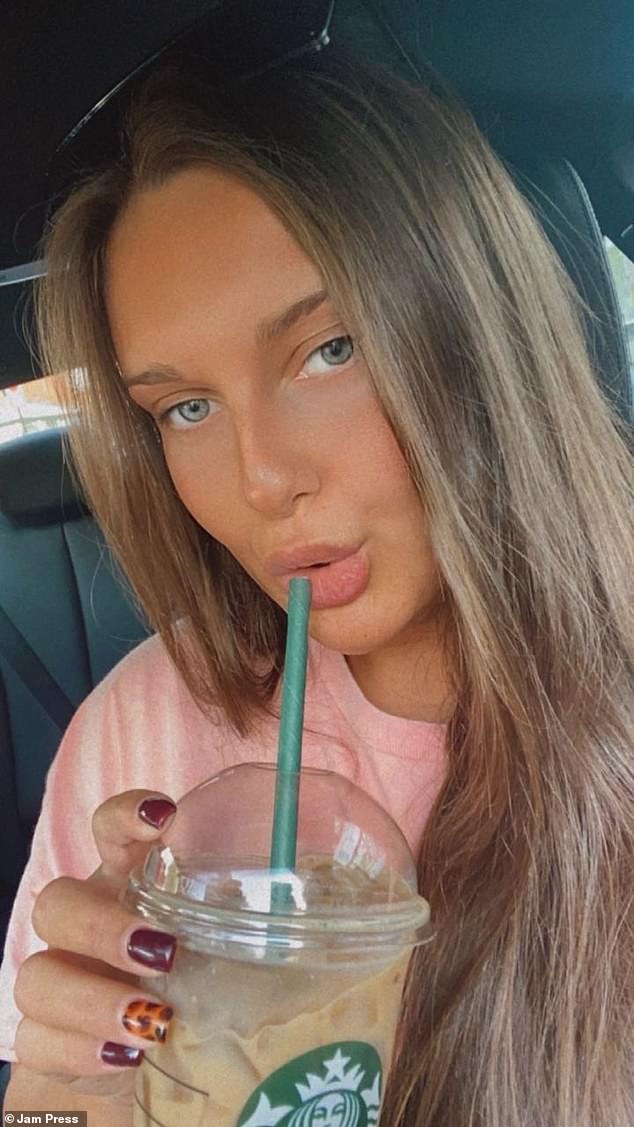 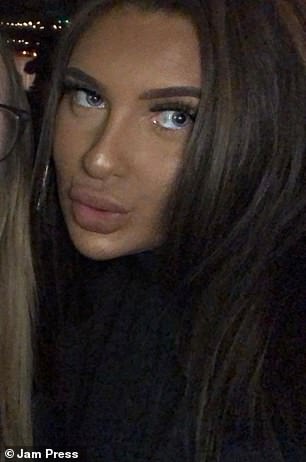 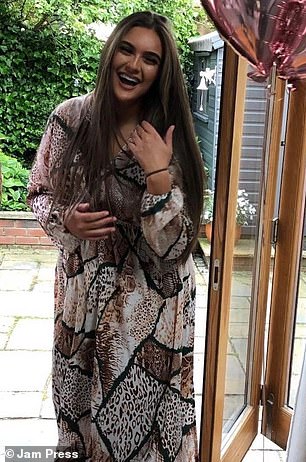 She said: ‘They said how lucky I was that I didn’t go into anaphylactic shock and that first reactions are usually a warning, therefore future ones tend to be a lot worse.’

Ruby was in the hospital for around six hours before being discharged, however, the swelling in her face took around two weeks to go down.

She said: ‘Thankfully this happened during the time masks were mandatory in most places therefore I could cover up with one wherever I went.’

However, after her terrifying experience, Ruby doubts she will ever get lip filler again.

She said: ‘I do miss having shape and volume to my lips therefore would love to get them done again, but the risk just isn’t worth it. 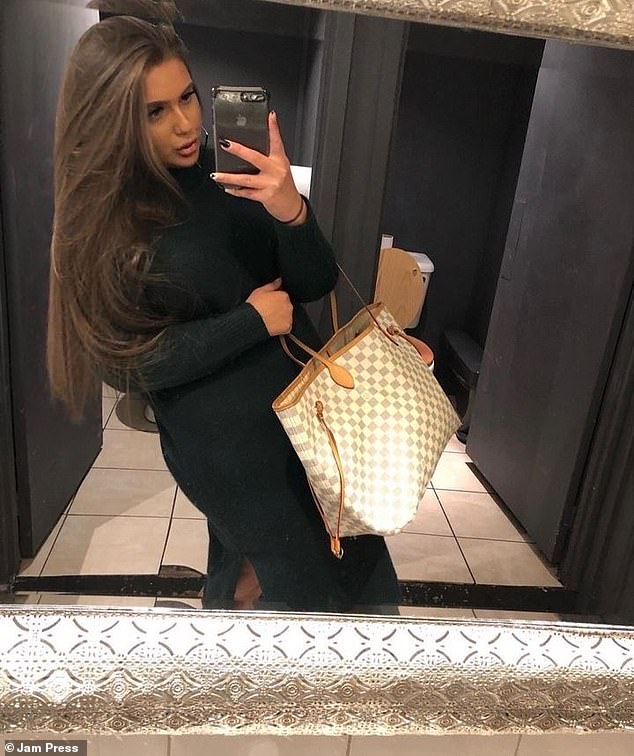 ‘I am however looking into other, lower risk ways such as getting them done with a cannula rather than needle. But for now I’m staying away from dermal filler.’

The incident took place on 5 December 2020, but Ruby recently shared her experience online to help others – having gone viral on TikTok (@rubyyfrais).

Another user said: ‘This is so bad! Did they not patch test you with the dissolver! Hope you’re soon better.’

While someone else commented: ‘Omg hope your ok that’s why am so scared to ever have my lips done!’ [sic]

‘You remind me of some cartoon character!’ said someone else.

One user commented: ‘After each photo, I say to myself that it can’t get any worse and…’ [sic]

Ruby didn’t expect her TikTok video to go viral but is glad that it will help spread awareness about the dangers of lip fillers – to urge others to be cautious.

Ruby said: ‘I had 0 followers at the time and was following 0 people, therefore didn’t expect anyone to even see it in the first place.

‘But I’d just say to anyone looking to get their filler dissolved to go to a highly-trained and trusted practitioner, preferably with a medical background, and make sure that a patch test is given beforehand.

‘I did love my lips, and previous clinics I’d been to I’ve been over the moon with them, it’s just I went to this specific place for more definition and the nurse recommended dissolving them. So of course, I listened.

‘But if any redness or lumps appear, do not go ahead with getting them dissolved, it’s not worth it.’