HOUSE prices have fallen by 0.1 per cent compared to this time last year as the effects of the coronavirus lockdown on the property market are revealed.

It's the first time in eight years – not since December 2012 – that values have dropped when compared to the same period the year before. 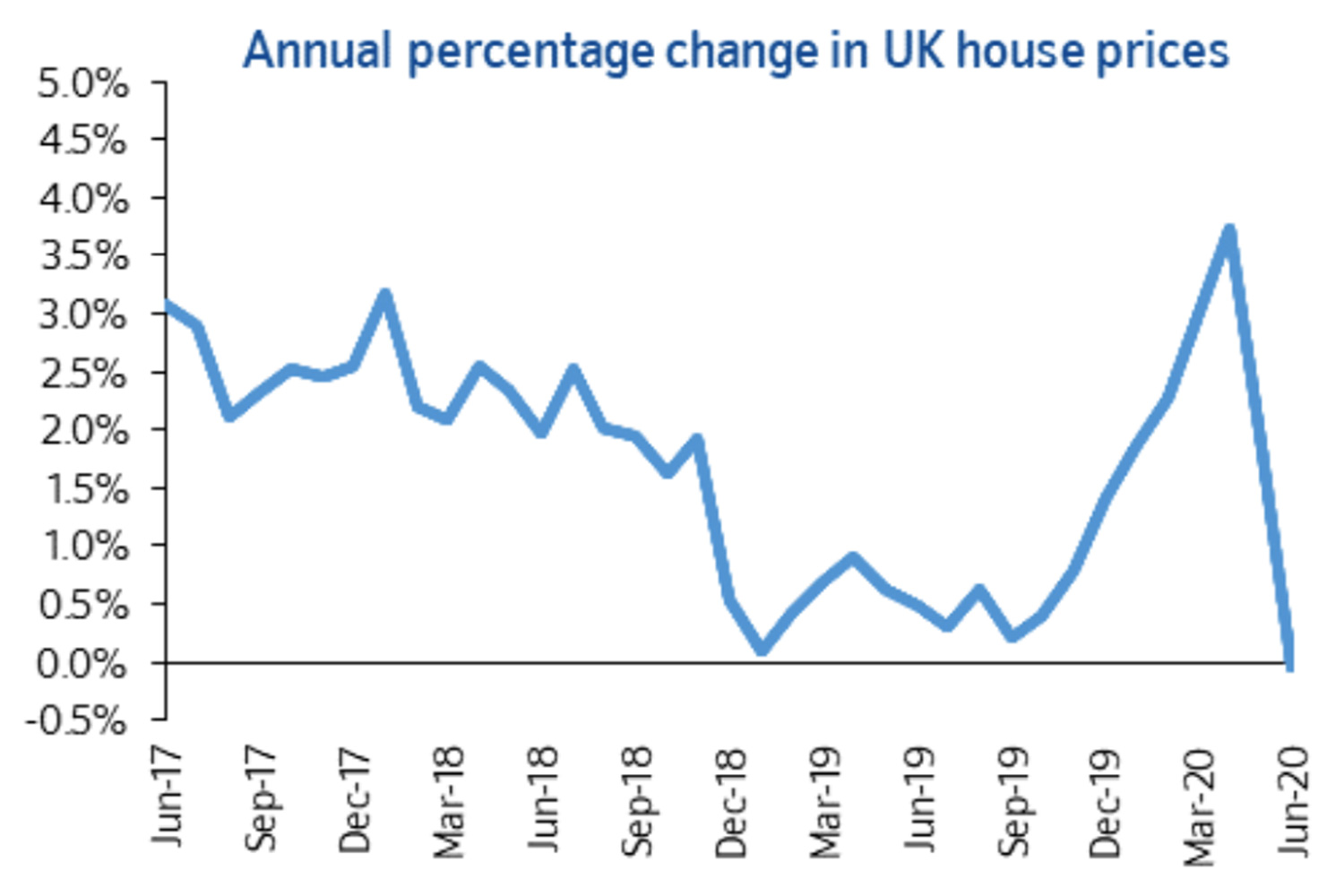 An index by Nationwide Building Society found that property prices fell by 1.4 per cent in June compared to May, taking the average house price down to £216,403.

But the dip wasn't as bad as the 1.7 per cent fall recorded in May.

Robert Gardner, Nationwide's chief economist, said that the it was unsurprising considering the economic shock caused by the pandemic.

Yesterday, figures from the Office for National Statistics revealed that the UK economy crashed by 2.2 per cent in the first three months of the year in the joint-biggest fall since 1979. 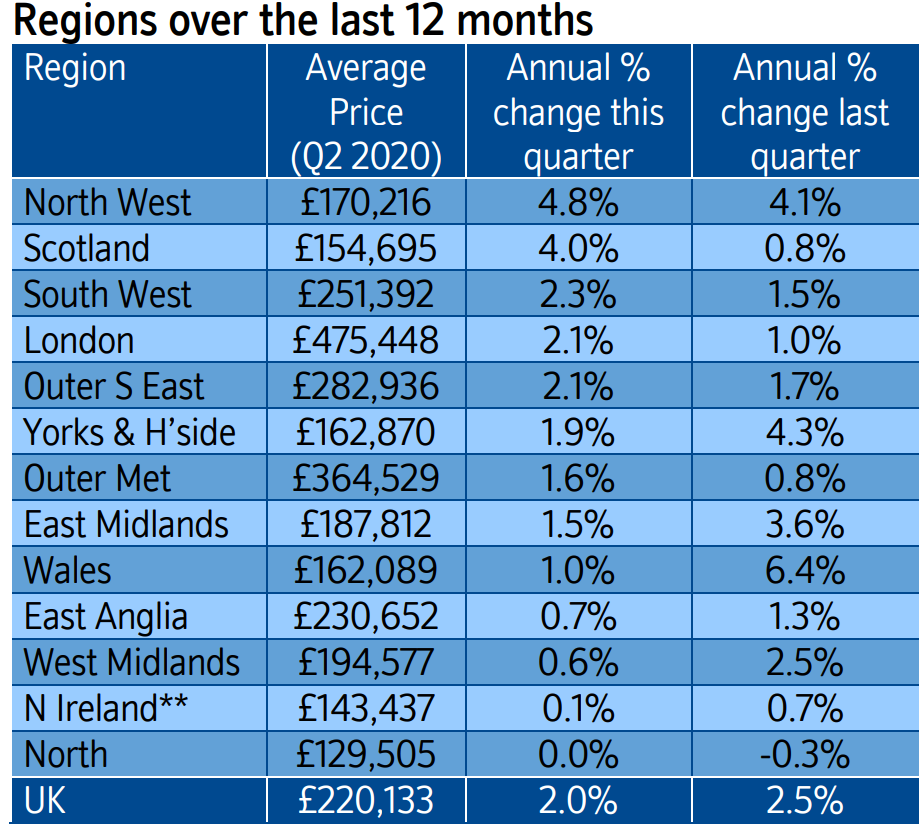 The housing market stalled as sales were put on hold after the government put a ban on moving house to stop the spread of Covid-19.

But in mid-May restrictions were eased to kick start the economy through the housing market.

Since then, the number of house sales going through has continued to edge upwards but is still significantly lower than pre-pandemic levels.

But Mr Gardner warned that future of the housing market is "highly uncertain" as millions of buyers face fresh unease about job security as firms axe the workforce in a bid to survive.

"Much will depend on the performance of the wider economy, which will in turn be determined by how the pandemic and restrictions on activity evolve."

The drop in average house prices is welcome news for first-time buyers but they now face new challenges when it comes to getting a mortgage.

Many lenders have withdrawn high loan-to-value deals meaning those hoping to get their first steps on the property ladder now have find a minimum 15 per cent deposit, instead of 5 per cent.

The data also found that house prices in April, May and June were lower than the previous three months in Wales and Northern Ireland, down 2.2 per cent and 0.5 per cent respectively.

Scotland, however, saw a price rise of 2.5 per cent and 0.5 per cent in England.

But Nationwide added that these three-monthly figures aren't totally accurate due to the lack of data in some areas.

Jeremy Leaf, a north London estate agent and a former residential chairman of the Royal Institution of Chartered Surveyors (Rics), said: "Prices are being kept in check by affordability issues and more supply gradually becoming available.

"But demand is picking up as some buyers emerge from enforced confinement in unsuitable property and/or relationships to take advantage of continuing low interest rates, while sellers are more realistic."