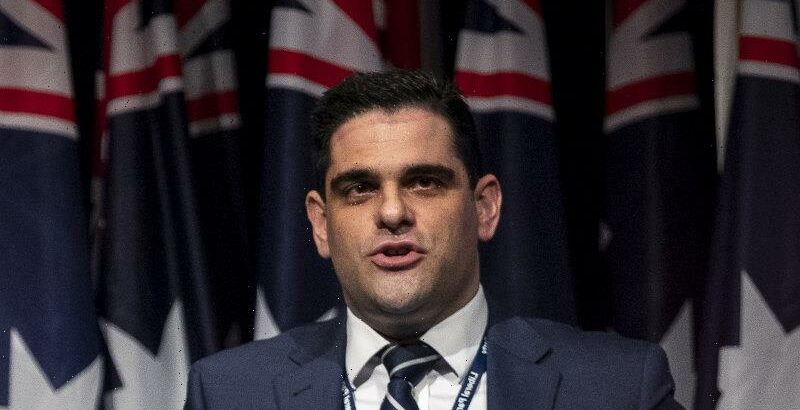 The day before he was dumped as defence minister in 2015, Liberal hardliner Kevin Andrews pulled a bold move – he appointed his long-time staff member and conservative party factional player Nick Demiris to the crucial quasi-judicial role of inspector-general of the defence force.

Details of the appointment, which was overturned days later by a furious prime minister Malcolm Turnbull, have emerged as concern circulates at the highest levels of the Australian Defence Force about whom the government will appoint when outgoing watchdog James Gaynor’s term ends amid the fallout from the damaging Brereton inquiry into war crimes. 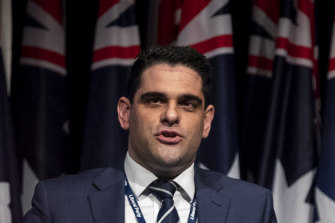 The concern extends to the appointments of two other key defence roles, chief of the defence force and chief of army. The terms of current Chief of the Defence Force Angus Campbell and Chief of Army Rick Burr are also ending soon.

Mr Andrews’ appointment of his staffer Mr Demiris in September 2015 has been confirmed by a leaked document obtained by The Age and The Sydney Morning Herald that reveals the appointment was to begin in December 2015 and last for five years.

The document is titled “Instrument of Appointment” and elevated Mr Demiris to a key role even though he had minimal military or legal experience. The appointment was made by the “minister for defence, acting under section 110E(1) of the Defence Act 1903”. It was signed by Mr Andrews and dated September 20, 2015. Mr Andrews’ stint as defence minister ended the following day.

Mr Turnbull told The Age and the Herald that within hours of learning of what he described as a “politicised and inappropriate” appointment to a post intended for experienced military law specialists, he scrambled senior Liberal Party official Tony Nutt to force Mr Demiris to vacate the role.

“I told Tony to tell Demiris that if he didn’t stand aside, I would do everything within my power to have him removed as inspector-general,” Mr Turnbull said. “I thought it was scandalous.”

Liberal Party figures said Mr Demiris initially resisted the pressure but was told if news of his appointment leaked, it would be “a matter of intense political controversy and criticism”.

Mr Andrews did not respond to questions and Mr Demiris could not be reached.

Mr Turnbull has discussed these events for the first time in detail as the Morrison government searches for a new watchdog to oversee Australia’s military amid intense fallout from the ongoing Afghanistan war crimes scandal. He urged the Coalition to ensure the independence of Australia’s next defence watchdog.

“The more politicised military issues become, the more important it is that the inspector-general of the Australian Defence Force is scrupulously independent,” Mr Turnbull said, in comments backed by Labor. 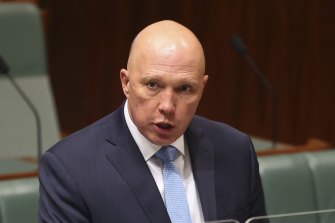 In November, Defence Minister Peter Dutton will have to replace Mr Gaynor, who is finishing his history-making five-year term as the military Inspector-General.

Tension is growing between senior military officers and Mr Dutton about how to handle the fallout of the Inspector-General’s war crimes inquiry, the four-year probe into alleged war crimes committed by some special forces members in Afghanistan. Mr Gaynor oversaw the inquiry, which was headed by the Assistant Inspector-General, NSW senior judge Paul Brereton.

General Campbell and Lieutenant-General Burr, who both strongly backed the Brereton inquiry’s call for sweeping reforms, are also nearing the ends of their four-year tenures, meaning Mr Dutton will, over the next eight months, have to replace all three.

Whoever he appoints will have the power to potentially order a review of the implementation of the Brereton inquiry reforms, which military chiefs have warned will take 10 years to realise.

Some defence officials, who are not authorised to speak publicly, believe Mr Dutton has already publicly undermined General Campbell and General Burr by apologising to former special forces soldiers who claim to have been treated unfairly by the Brereton inquiry and the military hierarchy.

The apology helped fuel a misinformation campaign many in the defence community believe is driven by some of the 19 soldiers who are under active Australian Federal Police investigation for war crimes. But defence sources said Mr Dutton’s predecessor, Linda Reynolds, had also contributed to the misinformation campaign by failing to publicly explain and back certain reforms.

While it was reported by The Age, the Herald and The Guardian in March 2016 that Mr Andrews “tried” to appoint an unnamed staffer as the overseer of Australia’s military, the leaked document bearing Mr Andrews’ signature as defence minister reveals the appointment of Mr Demiris (who went on to run the disastrous 2018 state election campaign of Victorian Opposition Leader Matthew Guy) was actually formally made under the Defence Force Act.

Mr Turnbull’s memoir, A Bigger Picture, released last year, touches briefly on the incident, but does so in connection to the politics swirling around his replacement of Tony Abbott as prime minister and the removal of Mr Andrews as defence minister.

Labor’s defence spokesman, Brendan O’Connor, slammed the attempted appointment of Mr Demiris and demanded “the government appoint an inspector-general of the ADF based on their skills and experience, not their political connections”.

Current Inspector-General Mr Gaynor, a previous deputy inspector-general and deputy director of military prosecutions, was appointed for a five-year term in 2016 and, shortly afterwards, appointed Justice Brereton to the biggest investigation in defence force history.

The Brereton inquiry last November found credible evidence of 39 unlawful killings of Afghan civilians or prisoners by Australian soldiers, raising the alarm about a “warrior culture” within Australia’s special forces and “the clique of non-commissioned officers who propagated it”.