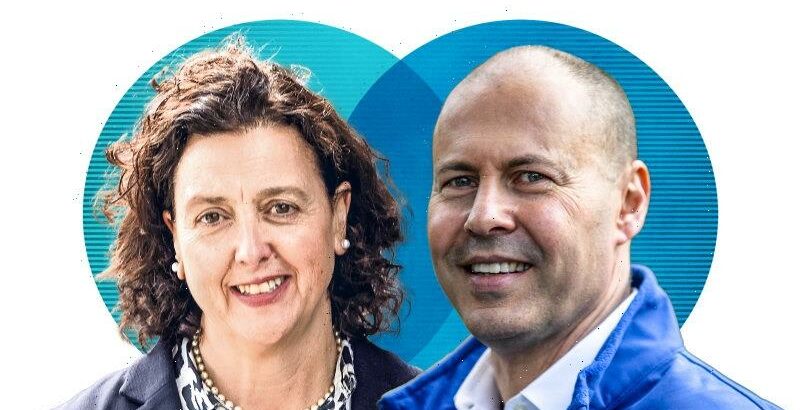 In his budget speech on March 29, then treasurer Josh Frydenberg made a clear declaration to the nation: “This is not a time to change course.” In the background, though, that is exactly what members of his own party were urging him to do.

A number of MPs saw how Scott Morrison’s leadership was weighing on the vote in their seats and approached Frydenberg imploring him to challenge for the leadership. They had been coming from as early as September last year, and into the early months of 2022. Liberal member for Curtin, Celia Hammond, who was confronted by a teal wave in her own seat was among them. A Victorian MP who requested anonymity also knew of the approaches. 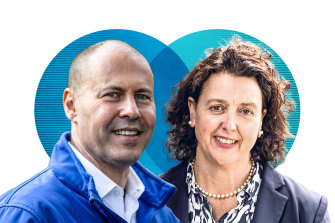 How a political novice took down the Treasurer of Australia.Credit:

Frydenberg has confirmed that the approaches came as late as budget week, but told The Sunday Age and The Sun-Herald: “I made it clear that supporting Scott as leader was important and that a leadership challenge was not on.” Hammond confirms this.

There is no way of knowing what impact a change of leader would have had, but those asking Frydenberg to take over knew what trouble they were in. In Kooyong itself, research by Liberal Party pollster Crosby Textor was showing that Morrison’s net favourability rating was a dire minus 38 per cent.

Spurred by one of the most sophisticated campaigns in Australian history, the campaign of paediatrician Dr Monique Ryan had grown from one-in-10 Kooyong votes in January to a position by budget night where Liberal Party research had her ahead by 4 points.

Despite this, and for all her confidence, Ryan was still not convinced she would win as she handed out voting cards on election day. Frydenberg’s camp likewise believed his personal popularity would get him across the line.

By 7.30pm on election night it was over. The ambitious Frydenberg, who was intent on becoming prime minister, sat at home with his wife and children as a political amateur beat him on his home turf.

The way they achieved this will be closely studied by those wanting to upend the status quo in future elections, as the two-party system that has been a pillar of Australia’s political system faces an unprecedented challenge.

More than a feeling

Just months before budget night, Ryan, a political novice, had tentatively applied to be the candidate for Kooyong after seeing an ad in this newspaper.

Ryan frames the campaign as a contest between the positivity of her volunteer army that reflected voter attitudes and a cynical Liberal Party using last century’s tactics.

“It was this dystopian vision of Josh looking down at you from every intersection saying ‘keep Josh, keep Josh’, and then at ground level you’ve got my people singing in the rain with their nice teal T-shirts and umbrellas having the time of their life,” she says.

The independents identify key junctures in the campaign that boosted Ryan. A front-page Herald Sun story in early March – highlighting Ryan’s former membership of the Labor Party – increased her name recognition when many voters still didn’t know her. And the week of argy-bargy over timing and location of a debate with Frydenberg increased her legitimacy by elevating Ryan to an equal footing with the incumbent.

The new MP said opponents “did not understand the power of what we were putting together” and underestimated her until she won. She confronted “entitlement and condescension” throughout, she says.

“I think [Frydenberg] thought he was just going to blow me away in the debate and that would be the end of the nice lady doctor,” she said. 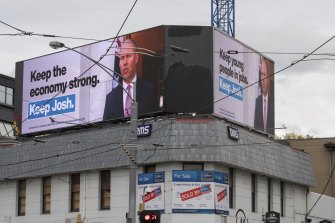 “He said I was ‘in bed’ with Labor and the Greens; to me that’s offensive. He repeatedly said that I lied, he called me a fake independent, he never acknowledged my gender and for most of the campaign he wouldn’t say my name. He called me ‘they’, not ‘she’ … I found that demeaning.”

But it was more than a feeling that ousted Frydenberg from office. Key to the teals’ success was a Climate 200 brains trust that Redbridge pollster Kos Samaras, who worked with the group, believes is almost unparalleled in Australian politics. It was led by Byron Fay, who represented Australia in negotiations for the Paris climate pact and worked on a Joe Biden-aligned political action committee and well as with communications and analytics lead Claire Snyder and former Guardian Australian philanthropy head Susie Bayes.

The notion of a Frydenberg-free Kooyong was fanciful when the architects of his downfall started holding Zoom meetings in the 2020 lockdowns.

Campaign director Ann Capling, a 63-year-old retired Melbourne University professor, said the Kew 3101 Facebook group was initially focused on local council issues. The lockdowns spawned a political consciousness. Together with remnants of the campaign run by independent Oliver Yates at the 2019 election, the Voices for Kooyong group was formed.

Frydenberg maintains his full-throated criticism of Premier Daniel Andrews during lockdowns did not harm his political fortunes.

Capling disagrees: “We were all really stuck at home. We didn’t have jobs to go to. People were trying really hard in that lockdown and it was like he was just pissing on the community effort.”

This perception of Frydenberg was crystallised for Capling when a nurse from the Peter MacCallum Cancer Centre entered Ryan’s campaign office. Emotional, the woman claimed she always voted Liberal but could not vote for Frydenberg because she viewed his attacks as anti-public health.

With dozens of locals, Capling helped build a campaign behemoth that Liberals acknowledge they could never match.

The Climate 200 fund convened by Simon Holmes a Court contributed about $500,000 of the approximately $1.6 million in total donations. The fund provided central functions to campaigns in teal seats including data and advertising. There are obvious similarities to the role played by a major party head office but Samaras, who conducted research for the group, said Climate 200 operated more like an American super PAC (political action committee).

The former Labor campaigner argues the group had a single-minded adherence to data unburdened by the factionalism, patronage and personality-based considerations that pervade major parties.

The Kooyong campaign rated the persuadability of each household in Kooyong and spent about $400,000 to microtarget them and put ads in front of them when they browsed YouTube, Facebook or streaming services. It identified Chinese grocery stores to display material targeting Chinese-Australians, who swung strongly against Frydenberg, booth data suggests.

“There were more data literate people than in any other campaign I’ve worked on,” Samaras says.

Frydenberg’s ground campaign was strong but no match for the independents. Ryan’s team claim to have knocked on the door of every house in Kooyong. Unlike the foot soldiers of the major parties, Ryan’s volunteers did not attempt to persuade voters. Instead, they asked what mattered to residents.

The Liberals spent an estimated $2 million to $3 million on their campaign that included buying up all available advertising space, partly in a bid to deprive Ryan of opportunities to market herself.

Some Liberals questioned the purpose of plastering Frydenberg’s face on every street corner when he was so well-known. Fellow MPs complained they were unable to man booths because they claimed resources were diverted to Kooyong. However, Frydenberg, a huge fundraiser, donated hundreds of thousands of dollars to the federal campaign including $200,000 in the final week.

Kew MP Tim Smith, the only state MP within the boundaries of Kooyong, told the Sunday Age and The Sun-Herald Frydenberg was well-liked but his campaign “had no message”.

While every move in the Kooyong campaign will be pored over by political historians, it is questionable whether the colour and movement mattered very much. As in the five other seats inner-city Liberals lost to community independents, Frydenberg was pushing up against a long-term shift in voting trends and a palpable dislike for Morrison. 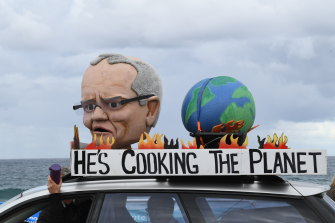 Scott Morrison was personally unpopular in the electorates that voted teal.Credit:Getty

A pre-election statistical analysis compiled for the Liberals shows Kooyong, Goldstein and Higgins would not be Liberal-held if residents voted as each seat’s demographic profile suggested they would.

More 18 to 24 year-olds live in Kooyong than in any Victorian seat. About 5000 young people voted in their first election in Kooyong, many of whom had connections with climate-focused private school prefects, who populated the mosh pit at Ryan’s election party. Importantly, Kooyong has 6000 more women registered to vote than men.

In focus groups, locals made clear their distaste for Morrison outweighed any determination to “Keep Josh”.

Party polling bore this out: before the last election, the Liberals’ primary vote was 10 per cent higher when pollsters read out Frydenberg’s name compared to when he was not named. This year, quoting his name to voters had little effect on the Liberal vote.

“They saw the choice as Morrison vs Ryan, not Frydenberg vs Ryan. Josh did not factor into their thinking,” a Liberal source said.

So what next for Frydenberg, former treasurer and prime ministerial aspirant? A source close to the 50-year-old, who spoke anonymously to detail private plans, said he would spend a number of years in the private sector. Frydenberg might return to politics when a seat opens up, a source said.

Meanwhile, he enjoyed the unusual activity last week of taking his children to school.