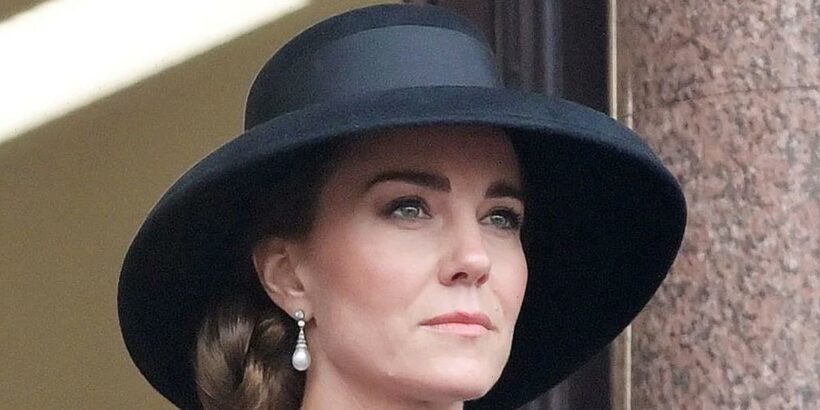 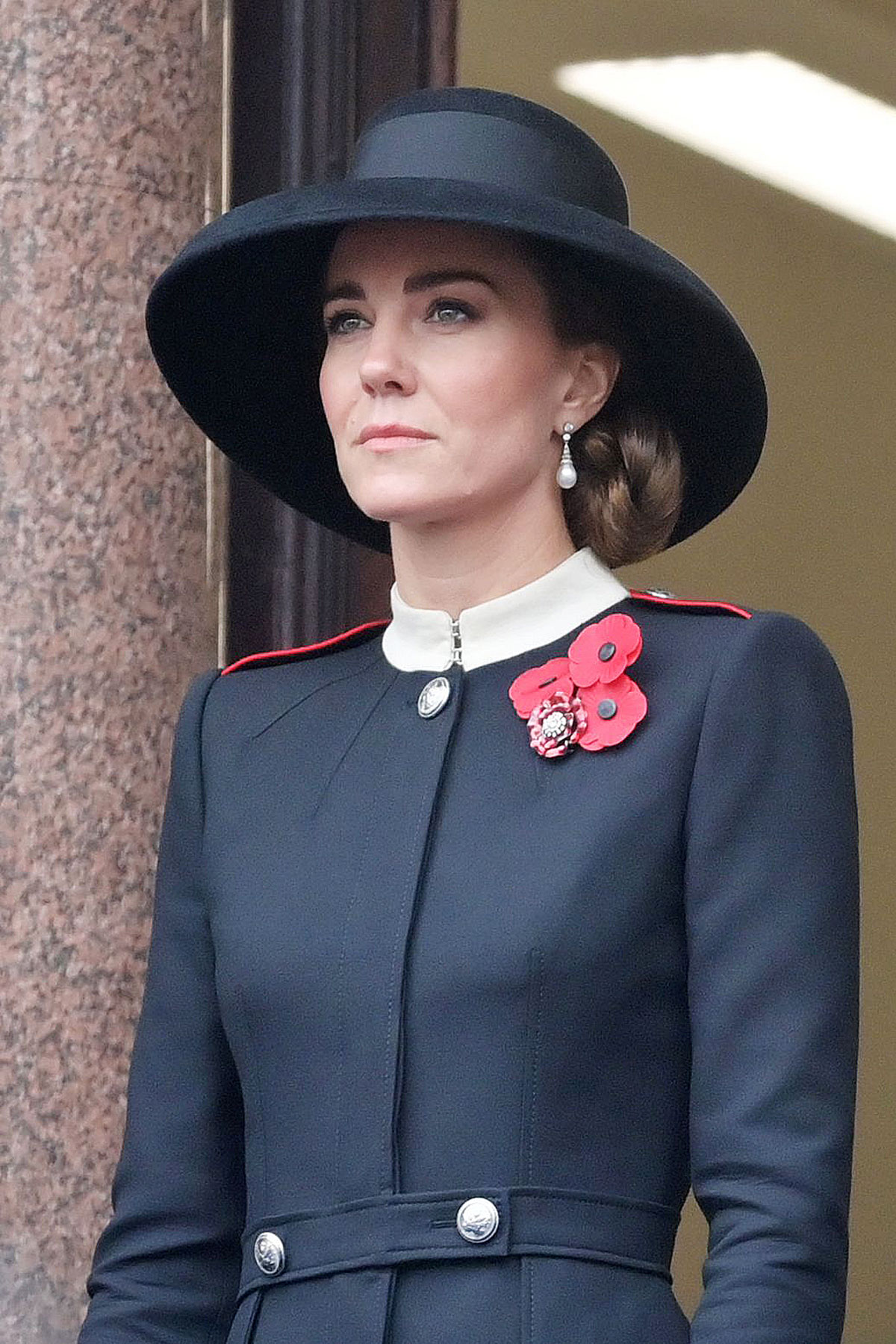 Touching tribute! Duchess Kate attended the Remembrance Day Service on Sunday November 14, and gave a special nod to Princess Diana all the while.

The 39-year-old royal attended the main event in a beautiful, military-inspired Alexander McQueen ensemble that she first wore to the 2018 ceremony. But, it was her accessories that honored her late mother-in-law.

In addition to her new poppy brooch, the Hold Still author also donned a black wide brimmed hat from Lock Hatters that is very similar to one the late Princess of Wales wore to a handful of Remembrance Sunday ceremonies.

That’s not all though. The duchess also sported Princess Diana’s Collingwood Pearl earrings for the event, which her mother-in-law first received as a wedding gift from Collingwood Jewelers. 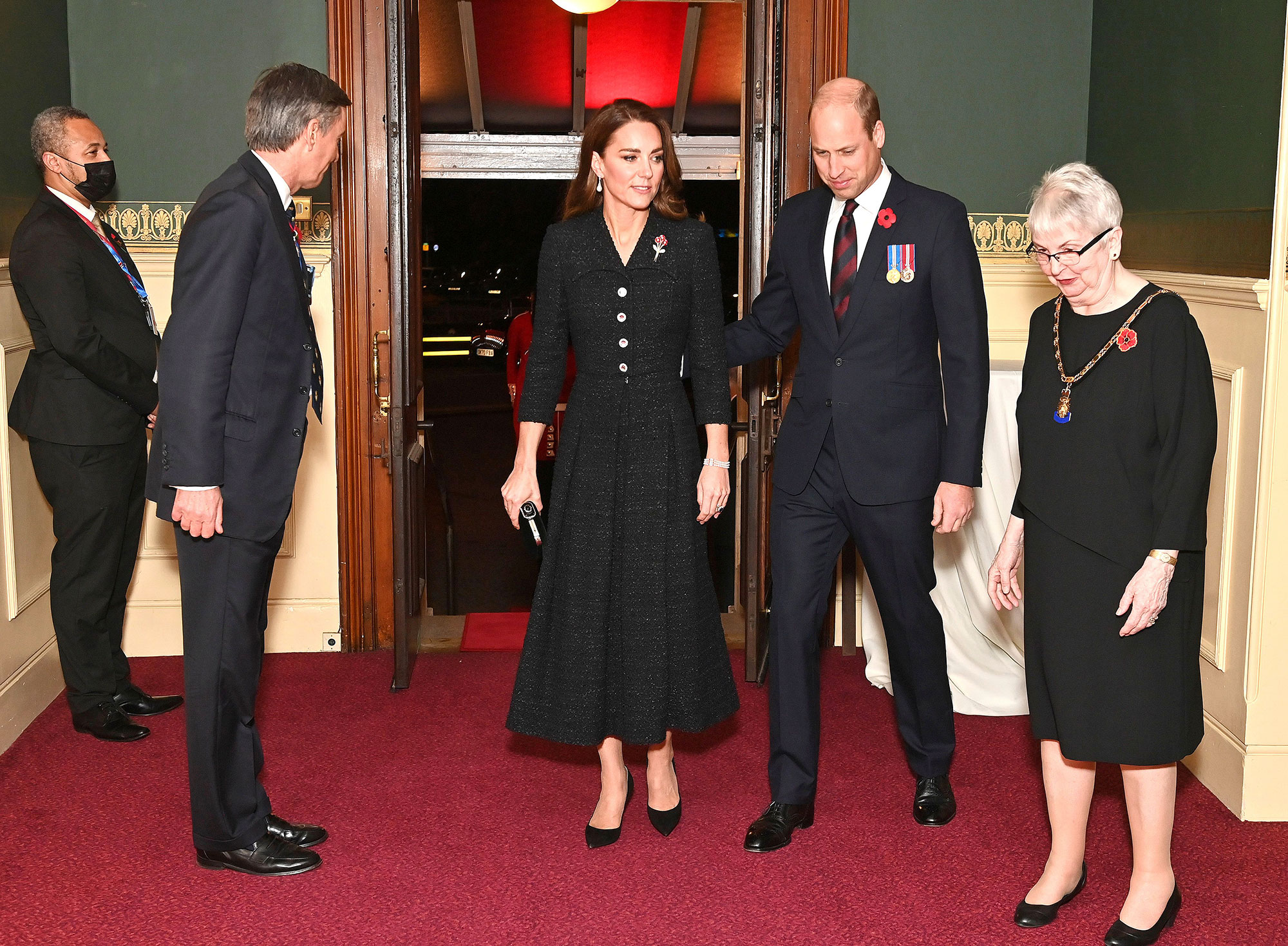 The royal originally wore the diamond and pearl earrings for a Spanish royals state visit in July 2017. She later wore the stunning heirlooms to the 100th anniversary of the Battle of Passchendaele again that same month and to a diplomatic corps evening reception in December 2018.

Duchess Kate additionally wore the pearls on Saturday evening, during the British Legion Festival of Remembrance. She paired the stunning diamond and pearl earrings with an Eponine London coat that she first donned to the February 2020 premiere of Dear Evan Hanson. She accessorized the tweed number with another poppy brooch as well as Princess Diana’s three-strand pearl bracelet, which has become one of her favorite pieces in recent months.

The piece, which was first designed for the Princess of Wales in 1988 by Nigel Milne, has been brought out for royal tours to Sweden and Germany. More recently, she wore the bauble to The Big Lunch initiative at the G7 Summit in June. She paired the bracelet with an Alexander McQueen coat.

Duchess Kate’s way of honoring her late mother-in-law through her jewelry is in fact exactly what Princess Diana would have wanted. Prior to her passing in 1997, Diana penned a “letter of wishes” that explained how she wanted her vast collection of jewels to be distributed.

“I would like you to divide my personal chattels at your discretion between my sons and godchildren, the division being three quarters to my sons and one quarter to my godchildren,” she wrote. “I would like you to allocate all my jewelry to the share to be held by my sons, so that their wives may, in due course, have it or use it. I leave the exact division of the jewelry to your discretion.”