Making some changes. Pregnant Eve is going on maternity leave from ABC’s Queens while expecting her first child with husband Maximillion Cooper.

Celebrity Pregnancy Announcements of 2021: See Which Stars Are Expecting

Queens, which premiered last month, also stars Brandy Norwood, Naturi Naughton and Nadine Velazquez. The drama follows four musicians who reunite in an attempt to score back their fame from their ’90s hip-hop careers. With the 42-year-old rapper’s temporary departure, the series will be losing out on a lead character. 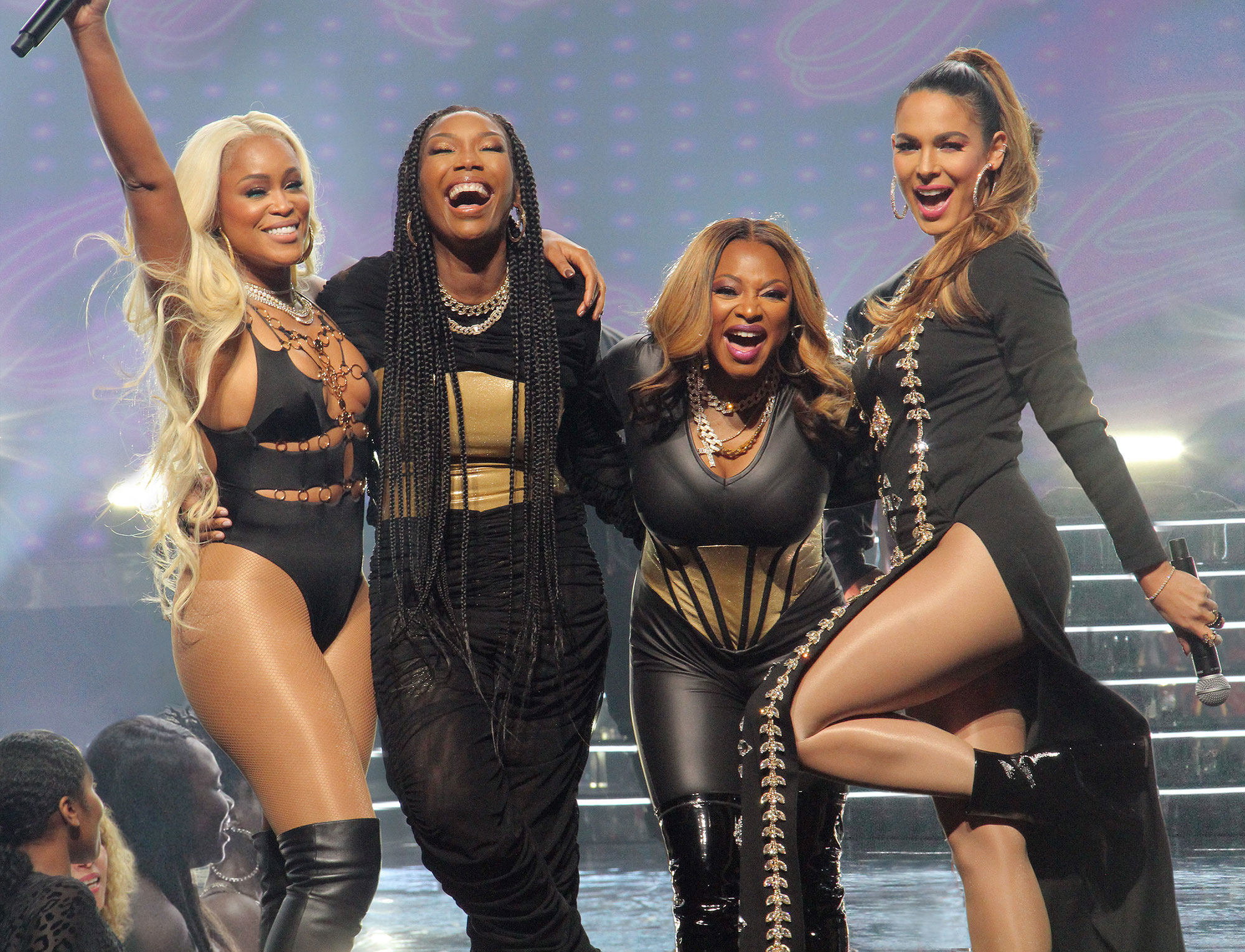 According to Deadline, however, Eve filmed enough scenes to make it possible for her to appear in most of the first season’s episodes before she returned to the U.K. The team behind the scenes also left the door open for Eve’s character, Brianna, to return should the series be renewed for a second season.

Eve announced her pregnancy in October, writing via Instagram at the time, “Can you believe it @mrgumball3000 we finally get to tell everyone!!!!! ❤️ You all know how long we’ve been waiting for this blessing!!! We get to meet our lil human February 2022 🥰.”

Cooper, 49, married Eve in June 2014 and shares four children with his ex-wife, Julie Brangstrup. The BET Award winner previously opened up about finding out that she was pregnant before returning to Atlanta to continue filming.

“I hadn’t told anybody, I couldn’t,” Eve told ESSENCE in October. “Also, I was just not ready and I was also like, ‘Oh, my God.’ You know how in life sometimes things all happen at the same time? So I was like, ‘Oh, my God, I’ve gotta leave home and I’m pregnant.’”

Shocking TV Exits Through the Years

The former talk show host recalled her costars looking out for her on set, telling the outlet, “Just being supportive of me and, also, speaking up for me, that was a big deal. Sometimes on set if I was really tired, Naturi would speak up for me and so would Brandy, like, ‘C’mon guys, you know she’s pregnant.”

The Grammy Award winner also gushed about her time working on Queens ahead of its debut on ABC.

“Wow, I can’t believe tonight’s the premiere of @queensabc ! It’s been such an incredible journey, from the first zoom call about the project, to it being on your screens tonight!” Eve wrote via Instagram in last month. “I can’t wait for ya’ll to see it, fall in love with the characters and watch their journeys throughout. I can’t thank the ladies enough @brandy @naturi4real @nadinevelazquez and the whole production team. I hope you enjoy #queens !! 👑👑👑 @abcnetwork.”