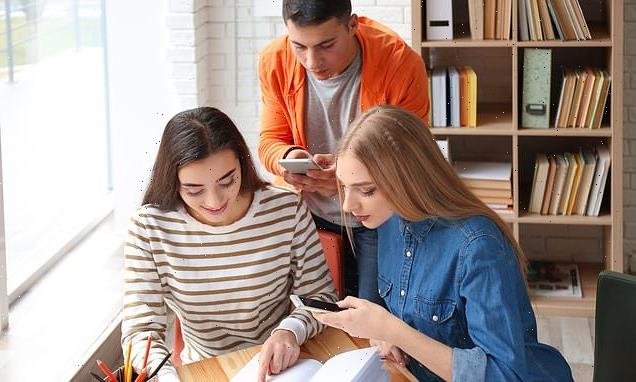 How ‘Golden Penis Syndrome’ is ruining dating for university women: Deficit of male students means men develop inflated egos and become ‘Casanovas’ who ‘cheat’ – despite a ‘lack of social and sexual skills’

A shortage of male university students is causing men to develop so-called ‘Golden Penis Syndrome’ where they see themselves as a prize to be won by female suitors.

The term, coined by students at Sarah Lawrence College, New York, and popularised by American journalist Jon Birger, is applied to heterosexual men who have an inflated ego due to the amount of interest shown in them by their female peers.

Men believe this interest is the result of their innate desirability, leading to an augmented sense of self and a tendency to become ‘accidental Casanovas’ with bad habits like cheating, ‘ghosting’ and stringing women along in casual flings.

They might also have poor social and sexual skills because they do not need to better themselves in order to secure dates with their accomplished female peers.

But in reality, this heightened level of interest is largely down to a lack of viable alternatives for women wanting to settle down.

This imbalance continues into the workplace, where there are more women with college or university degrees than men. 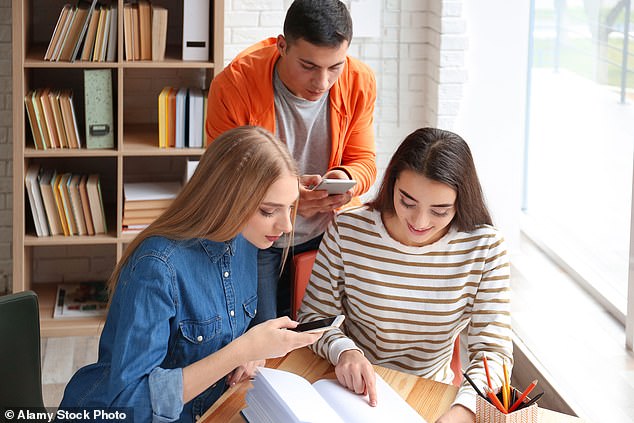 Relationship therapist Charisse Cooke told FEMAIL: ‘Golden Penis Syndrome speaks of the delusional belief that you are unusually and uniquely gifted as a man, sexually or otherwise, and are above established norms of good manners, respect and dating etiquette.

‘It can result in overly-grandiose behaviour and self-reverence and an inflated sense of power over the opposite sex. Women can be baffled by these men, but intrigued and lured in due to the man’s self-belief and seeming promise.

‘However, the women are left disappointed and furious when discarded after cursory or non-existent date experiences and underwhelming sexual performances.

‘Often the only single member of the group, after a period of time their reputation becomes a mixture of Peter Pan to pitied and accidental Casanova.’

Birger, an award-winning journalist, toured US colleges for his book Date-onomics, discovering that universities with a female-heavy population bred men who were ‘truly believed they had the golden penis’.

To get a sense of how students characterise dating at their schools, I used the College Prowler college guide and its sister site Niche.com, which are both written by current and former students at the schools being reviewed.

Here’s how College Prowler described dating at Sarah Lawrence College, which has a 75:25 ratio — or 3 women for every 1 guy: ‘The girls complain about loneliness, the guys get more than they can handle (and don’t complain about it), and mindless, one-night stands are rampant.’

By comparison, here’s how College Prowler described dating at CalTech, which is 60% male: ‘Students here tend not to date but have relationships. Breakups are rare, and many couples get married after CalTech.’

While working on Date-onomics, I visited both CalTech and Sarah Lawrence and arranged interviews with students. My trip to CalTech happened to be a week after Valentine’s Day, and I asked one of the guys I interviewed what Valentine’s Day was like at CalTech.

He got very excited and explained to me that his dorm, Lloyd House, had a longstanding Valentine’s Day tradition.

He said that all the men make handcrafted Valentines for the women — and then wake up at the crack of dawn on Valentine’s Day morning to cook the women pancakes.

The stories I heard at Sarah Lawrence were less cute.

A freshman woman told me she had given up any hope of finding a boyfriend, explaining that straight Sarah Lawrence men have no interest in relationships.

‘Why would they?’ she told me. ‘It’s like they have their own free harem. One of my friends was dumped by a guy after they’d been hooking up for less than a week. When he broke up with her, the guy actually used the word ‘market’ — like the ‘market’ for him was just too good.’

Something else I learned from my Sarah Lawrence interviews was this term you’re writing about — ‘Golden Cock Syndrome’ or ‘Golden Penis Syndrome’ (I heard both) — was part of the campus vernacular. In fact, I think the Sarah Lawrence students coined it.

The Sarah Lawrence kids described Golden Penis Syndrome as this phenomenon of guys allowing their over-the-top success with women to go to their heads. The men at Sarah Lawrence seemed to think it was all about them, not the ratio. They thought they were special and deserving of all the attention they were getting from women.

They truly believed they had the golden penis.

The term was first coined at Sarah Lawrence College where only a quarter of the student population is male.

But the problem is present in the UK, too.

‘Golden Penis Syndrome definitely exists in the UK because I’ve interviewed plenty of UK women who shared horror stories of average guys who treat them like garbage simply because the men had options,’ explained Jon, a former Fortune Magazine writer turned dating expert who is the author of the new book MAKE YOUR MOVE.

‘We’re seeing generation of young men who think they’re Adam Driver or Michael B. Jordan. Of course, it’s not about them. It’s the ratio.’

In his book, Birger makes the case that ‘hookup culture’ among students ‘trickles down into post-college dating’ and that ‘lopsided ratios have been a driving force behind both the rise of the hookup culture and the declining marriage rates among the university educated.

‘Of course, university sex ratios wouldn’t matter so much if we were all more open-minded about whom we date and eventually marry (which I think we should be).

‘But at the same time university sex ratios have been skewing female, there’s been a simultaneous increase in what academics call ‘assortative mating’. That’s a fancy way of saying that college grads only want to date and marry other grads.

‘There’s been a ton of scholarly research on how sex ratios affect culture, and what it shows is that the dating culture tends to be more monogamous when men are in oversupply.

‘But when men are in undersupply, the dating culture becomes less monogamous — men are more likely to treat women as sex objects and treat relationships as disposable.’

He says the shift in attitude may be subconscious for men, adding it’s ‘human nature’ to get carried away after receiving excessive attention.

He also believes that this phenomenon is prevalent in workplaces with a higher female to male ratio.

‘Because of the way the math works, Golden Penis Syndrome probably affects men in their 30s and 40s more than those in their 20s. At least the heterosexual ones. Imagine you have a dating pool that starts out with 40 women and 30 men, which is a 4:3 ratio.

He says that older women seeking a husband should avoid men who have never married into their late 30s and 40s who have high-paid – even dubbing some of them ‘unmarriageable’.

‘I don’t assume everyone wants to get married or should get married’, he said. ‘But if I were a heterosexual woman who was looking to get married, I would be wary of guys who have remained never-married into their late thirties and 40s.

‘Especially the better looking ones with good jobs. These men are having too much fun playing the field. And the longer they stay single, the less interested they are in getting married or settling down with one woman. I’d go so far to call a lot of them unmarriageable.

‘It’s one reason why, in Make Your Move, I encourage 30-something women to consider dipping down age-wise. It may sound counter-intuitive, but I actually think the younger guys are more commitment-minded than a lot of the older ones. ‘

Jon said that while men can develop ‘Golden Penis Syndrome’, it can be something outgrown in later life.

He also shared his advice to young students who could be wary of dating men with an over-inflated ego.

‘One of the solutions to the college gender gap that I write about in MAKE YOUR MOVE is encouraging women to be assertive and to make the first move with the men of their choice. Fact is, men like women who like them. Also, a man is much less likely to take advantage of a woman who puts herself out there and says “Hey, I really like you, I feel really comfortable around you, so I was wondering if you’d go out on a date with me on Friday?”