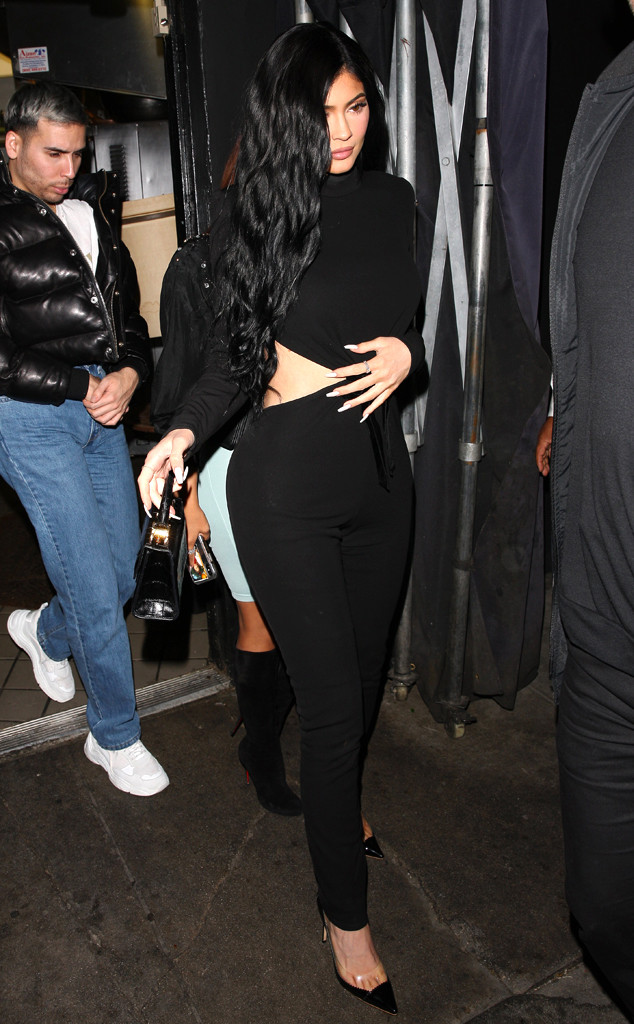 Kylie Jenner is moving on after the drama with Jordyn Woods.

The 21-year-old Keeping Up With the Kardashians star had kept a low profile in recent weeks amid drama involving her family—they cut ties with her longtime bestie after learning that she was intimate with Khloe Kardashian‘s now-ex Tristan Thompson. Jordyn had admitted on Jada Pinkett Smith‘s Facebook Watch show Red Table Talk that he kissed her at a party but denied sleeping with him.

On Friday night, Kylie went out to the Nice Guy lounge and restaurant in West Hollywood with her makeup artist Ariel Tejada, her friend Yris Palmer, her assistant Victoria Villarroel and another girlfriend, a source told E! News.

“She feels like she has finally got her groove back after all the drama she has endured recently, and is happy to have nights out with her friends,” said another source, who is close to Kylie. “She’s really been leaning on her team and a few close friends for support now that she doesn’t have Jordyn around.”

“Kylie has loved having the freedom of letting loose and being able to grab a drink with friends,” the source continued. “She feels like she deserves to have fun right now. Now that [her daughter] Stormi [Webster] is a little older, she feels like she can take a few nights away and not feel as guilty when she is out.”

The first source said Kylie and her friends arrived at the Nice Guy around 10 p.m.

“They had a table in the back of the restaurant where no one could bother them,” the source said. “They all had drinks and several dinner dishes were brought to the table such as pizza and pasta. Kylie had a few drinks and seemed to be in a great mood. She was smiling while talking to her friends and looked excited to be out and about. It looked like a casual dinner date and they all stayed for a few hours before being escorted to their car.”

Meanwhile, Jordyn commented on Sunday on an Instagram post Jada shared, which read, “A true friend is one who walks in when others walk out,” with a red heart emoji.

Watch Keeping Up With the Kardashians when it returns for a new season on Sunday, March 31 at 9/8c.