Michael Strahan is a retired professional football player and an American television personality who has had a highly successful career overall. After over a decade playing defensive end for the New York Giants, Strahan decided to focus on his television career. Most notably, Strahan was the co-host of Live! With Kelly and Michael and Good Morning America. He also hosted the shows $100,000 Pyramid, Fox NFL Sunday, and Pros vs. Joes. 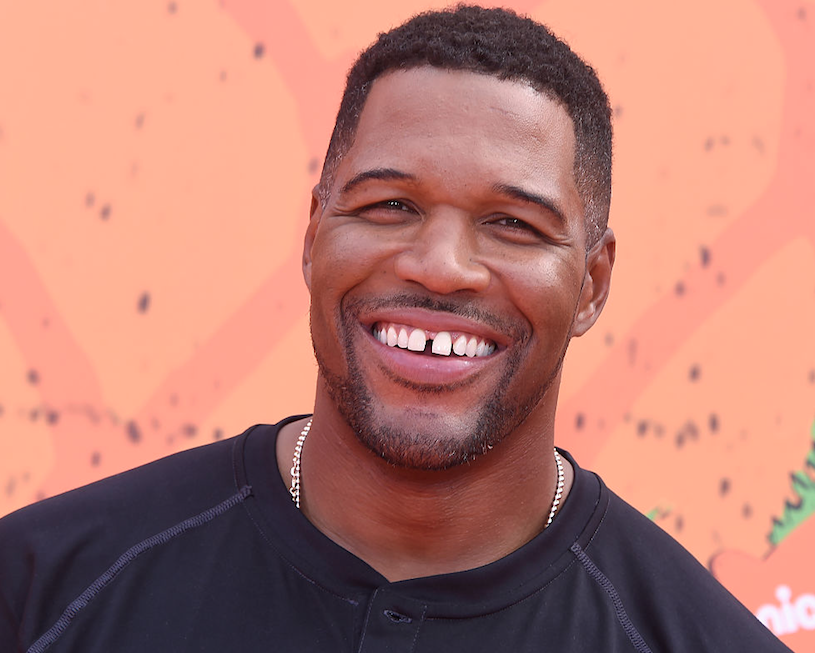 While Michael Strahan has had a successful professional career, his love life has not been quite so successful. How many times has Michael Strahan been married? Is he with anybody now? If he is, then who? Here’s what we know.

How many times has Michael Strahan been married?

Strahan’s first marriage was to interior designer Wanda Hutchins. The couple married in Germany in 1992, and had two children together. A daughter, Tanita, was born in 1992, and a son, Michael Jr., was born in 1995. The couple divorced in 1996, and for the longest time the reason remained undisclosed. Years later, however, Hutchins came forward to state the two were just two young and decided mutually they weren’t mean to work out.

Michael Strahan and his first ex-wife have remained on good terms since their divorce and have fostered a successful co-parenting relationship that the two would even consider a friendship. Hutchins has even come to the aid of her ex-husband in the face of bad press. Unfortunately, Strahan’s second marriage would not end quite so nicely.

Strahan’s second marriage was to Jean Muggli, in 1999. Jean Muggli gave Michael Strahan twin daughters, Sophia and Isabella, in 2004. In 2006, however, the couple divorced. Muggli cited physical assault and Strahan being gay as reasons for the divorce. This is where Hutchins came to Strahan’s aid, stating that Michael was a good man and that Jean Muggli was “evil.”

Wanda Hutchins stated that Jean Muggli had even told her (Wanda’s) children that she wished they would die. Strahan’s father also had some not-so-nice things to say about wife number two. “Jean is a sick, evil lady. Mike was mad at me. My wife was mad at me, and Jean, of course, was mad at me. But I had to get it off my chest. Jean is sick. I’ve been praying for her for years. It’s a shame.”

Besides his two marriages (and divorces), Michael Strahan also had a long term relationship with Nicole Mitchell (who is also the ex of actor and comedian, Eddie Murphy). The American fashion model and professional football player dated for five years. They became engaged but ended up calling off the engagement.

Their relationship came to a very public, dramatic end after Michael Strahan apparently cheated on her. She was kicked out of the Beverly Wilshire Hotel for banging on a door that was said to lead to Strahan’s room. The ex-fiance was apparently convinced was another woman in the and yelled obscenities stating as much. Despite a dramatic ending, the two have remained friends.

Who is Michael Strahan with now?

Michael Strahan’s current relationship is controversial, to say the least. He is currently dating Kayla Quick. Besides being around 20 years younger, Quick is also a convicted criminal. She has been arrested on counts of both disorderly conduct and grand theft. The couple kept their relationship mostly quiet and out of the spotlight, although the two have been spotted in public together on a handful or two of occasions.