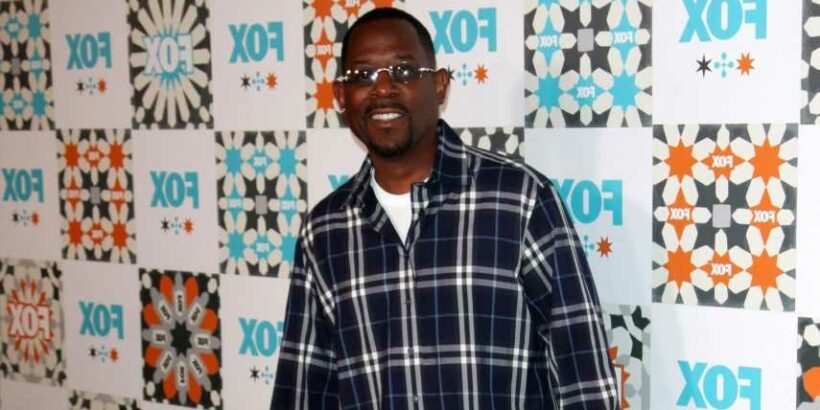 Whenever discussing the kings of comedy like Eddie Murphy, Omar Epps, Cedric The Entertainer, Eddie Griffin, and even Chris Rock, it’s hard to leave out Martin Lawrence. Martin Fitzgerald Lawrence is an American actor, comedian, writer, producer, and director that rose to superstardom in the 1990s with a vulgar, raunchy, and sarcastic style of comedy. A fun fact many of Lawrence’s fans may not be aware of is his place of birth, which was in Frankfurt, Germany. This was due mainly to his father, John Lawrence, who was serving overseas in the U.S. military during the birth of the Bad Boys star. Martin would only see U.S. soil for the first time after seven years when his father moved the family back to America, settling in Maryland. Another fun fact about the comedian is that his first and middle names were inspired by the civil rights leader, Martin Luther King Jr. as well as former U.S. President John F. (Fitzgerald) Kennedy.

Early Rise Of A Comedy King

Although he is remembered most notably for his own 1992 television series, Martin, the journey to his first big break came way before that. Sourced from Gazette Review, Martin began doing comedy shows and other odd jobs in Washington D.C.before eventually moving to New York City in search of better connections in the film industry and, generally, just a chance to get his foot in the door. That opportunity came after performing at The Improv comedy club.

Following his acts at The Improv club, he secured a spot on the television show, Star Search. And although he was unsuccessful in graduating to the final round, his attempt was not in vain. He was fortunate enough to impress the executives at Columbia Pictures Television with his performance, which lead to being offered his first acting gig in the sitcom, What’s Happening Now!! in 1985. Shortly after the show ended in 1988, he was set to be cast in Spike Lee’s 1989 comedy-drama, Do The Right Thing, alongside Danny Aiello, Ruby Dee, John Turturro, and Samuel L. Jackson. Martin had finally put his foot through a crack in the door and wasn’t prepared to let it close even an inch.

Entering the 1990s, Lawrence had already started off with a bang. Coming off the heels of the success of his first Hollywood movie in Do The Right Thing which grossed $37.7 million at the box office, he stepped right into the next million-dollar movie franchise of his career with House Party in 1990. He would go on to reprise his role as Bilal in House Party 2 in 1991 alongside Christopher Martin, Christopher Reid, Robin Harris, John Witherspoon, and Tisha Campbell.

Laughing On The Way To Success

A year late in 1992, not only did he make his debut appearance as a standup comedian on Russell Simmon’s Def Comedy Jam on HBO, but he also began airing his own televised sitcom, Martin, on Fox with one of the House Party co-stars, Tisha Campbell. During its 5-year tenure, Martin was one of Fox Network’s highest-rated sitcoms, earning a People’s Choice Awards for Favorite New TV Comedy series in 1993 and grossing a total of $100,000. Main and supporting actors included Carl-Anthony Payne II, Tichina Arnold, Garrett Morris, Tracy Morgan, Charlie Murphy, and even guest appearances by Snoop Dogg. Today this day, Martin is regarded as one of Lawrence’s most entertaining television comedy sitcoms.

1992 was also the year that Martin co-starred with fellow megastar comedian, Eddie Murphy, in the comedy/romance film, Boomerang, along with an ensemble of other celebrities like Halle Berry, Chris Rock, and Tisha Campbell. Boomerang grossed a whopping $131 million at the box office, making it the Blue Streak actor’s most financially rewarding film of his career at the time. But rest assured, he was only just getting started in Hollywood.

RELATED: 15 Things We Didn’t Know About The Making Of Bad Boys

The Bad Boys Of Comedy

In 1995, Martin Lawrence would partner with the Fresh Prince Will Smith, in the dynamite action/comedy Bad Boys. Director Michael Bay takes viewers on a wild ride with two Miami-Dade detectives, ladies’ man Mike Lowrey (Will Smith) and family man Marcus Burnett (Martin Lawrence) as they crackdown a suspected inside job after $100 million of heroin goes missing. The film featured other top actors like Joe Pantoliano, Theresa Randle, and Gabrielle Union. The first Bad Boys film grossed $141.4 million, but after the other two installments, the total box office figure for all three films was $841.2 million, with the last installment, Bad Boys for Life, raking in the most out of the three movies with $426.5 million.

Martin’s movie career has been highly active, producing movies with a multiplicity of actors. One of Martin’s most lucrative projects was Big Momma’s House released in 2000. The film included top celebrities like Nia Long, Terrence Howard, Anthony Anderson, and Paul Giamatti. Realizing the success of the first movie which grossed $174 million, Lawrence sought to release two more installments, resulting in Big Momma’s House 2 (2006) and Big Momma’s: Like Father, Like Son (2011), starring Brandon T. Jackson. The total box office earnings for all three films was $393 million.

As of 2022, Martin Lawrence’s net worth was a whopping $110 million. Given the portfolio of movies the comedian has to his name, it’s easy to see why he has garnered such an elite level of financial success.