One woman who worked in the oil and gas industry for 15 years found a common issue among women in similar fields: there is no protective clothing that helps women “fit in” in industrial careers.

Jane Henry’s solution was to create SeeHerWork, an inclusive clothing line designed for women in fields such as construction and engineering, helping them to feel more confident and safe at work.

With the devastating aftermath of Hurricane Harvey, which hit her home in Houston in 2017, Henry and her family were forced to rebuild everything. 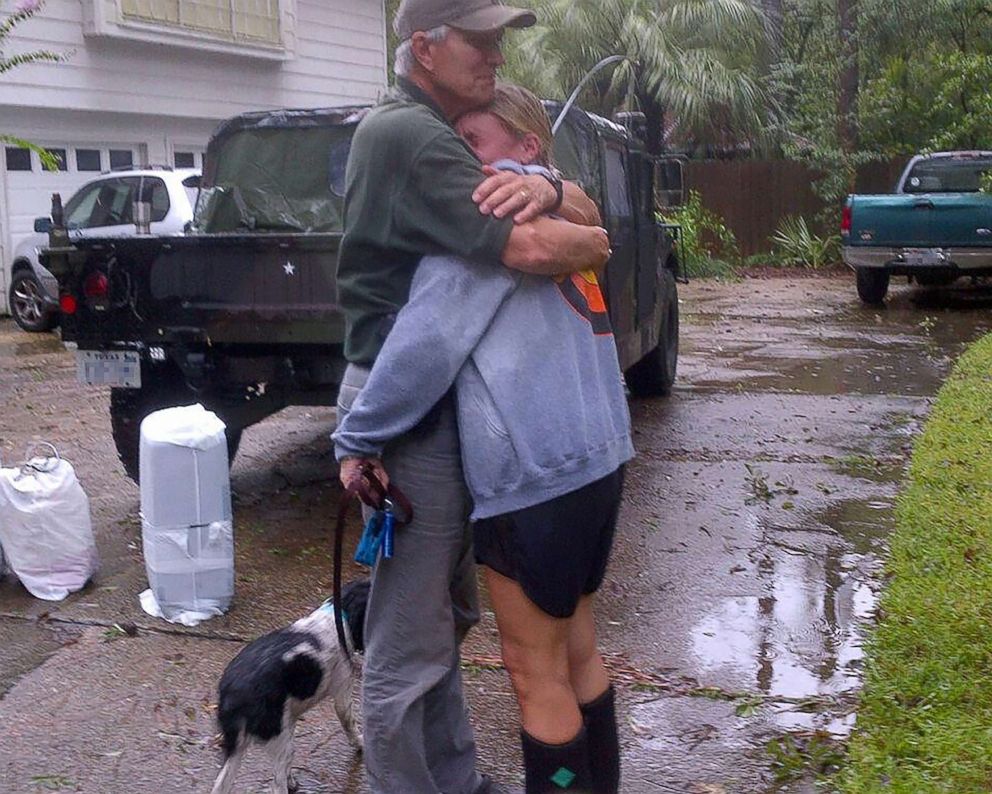 The Division I Collegiate athlete’s mindset was trained “to think about safety first” with her sledgehammer in hand and three feet of mud to work through in her house.

“The breaking moment was when I went to go throw a board into the dumpster,” Henry told “GMA.” “My unisex gloves go flying with it, and the board comes back and slams my hand against the dumpster wall.”

Henry called this her “aha moment,” especially considering she normally wears a women’s large in gloves, so the fact that the unisex gloves did not fit spoke volumes.

“You can’t perform at that level if your clothing and equipment don’t fit,” Henry said.

She realized that if this clothing was not available for women working in hard labor like her, she would create a company that would. 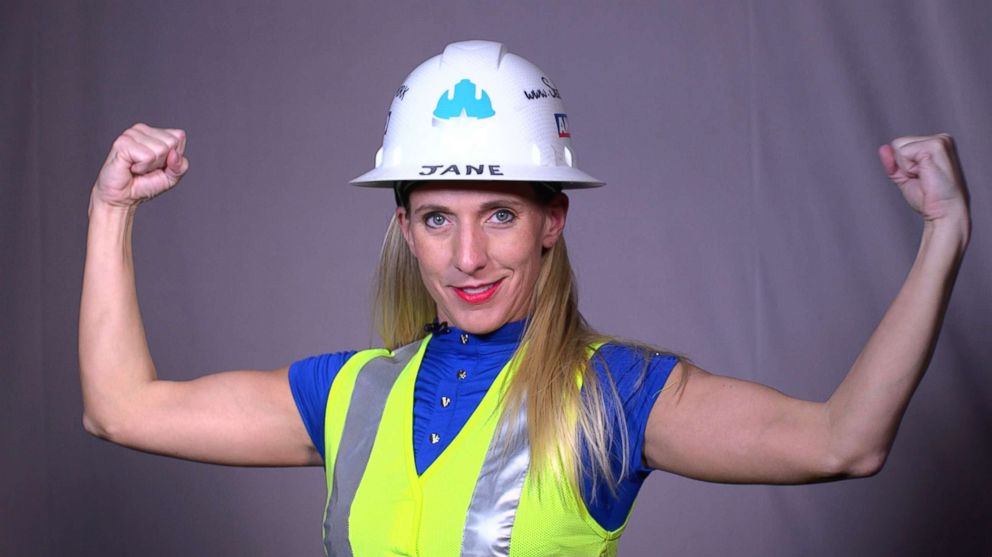 No more “pink it and shrink it”

According to the National Institute for Occupational Safety and Health (NIOSH), PPE and PPC, such as boots, gloves, pants, helmets and other items, “should be based on female measurements.”

Henry conducted focus groups with women in careers that focus on science, technology, engineering and mathematics (STEM) that are physical in nature. She realized that the PPE that was available was a prominent issue.

Women handling chemicals in their jobs, for instance, were at risk of exposing themselves to harmful substances because of the way their clothing was designed.

“They’ll say things to me like, ‘Well, I just didn’t fit,'” Henry shared. “When I hear that and then I correlate it to their work wear. The men would even say they didn’t look like they fit.”

Another response she said she often received was, “‘We are tired of this ‘pink it and shrink it.’ We want work wear that fits.'” 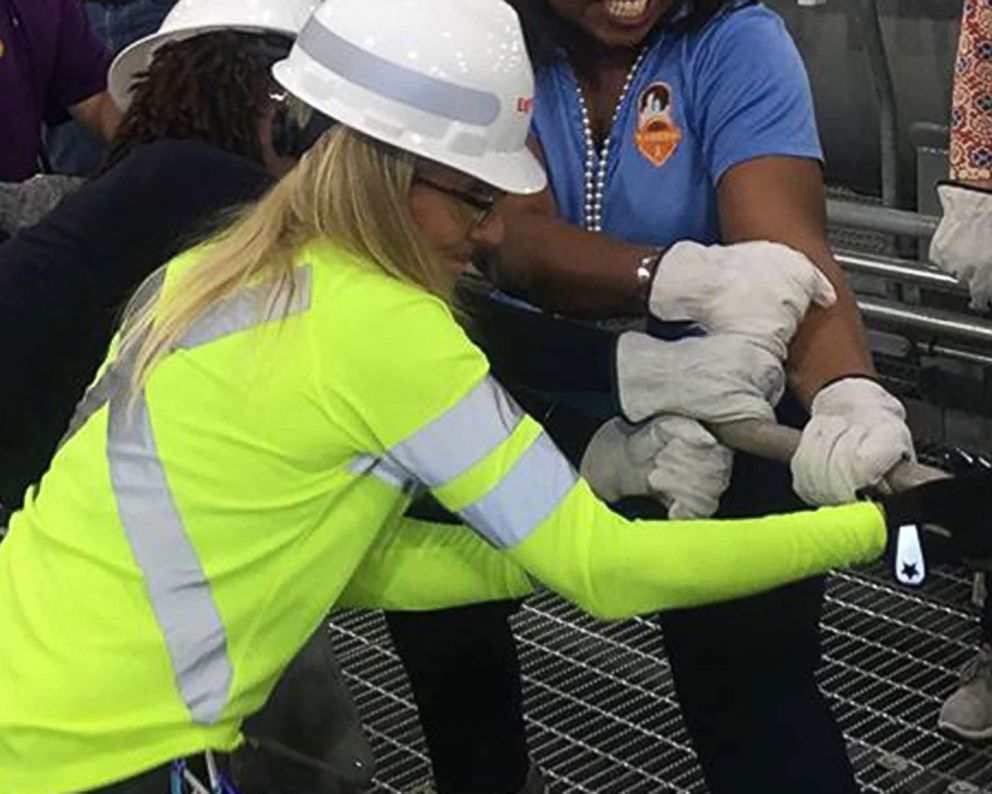 “SeeHerWork’s mission is about saving lives and attracting and retaining in these very lucrative, equal-pay careers that go with massive labor shortages every year,” Henry said.

This inclusive line also provides items for men, who also range in size.

“You’re already trying to prove yourself as a female in a male-dominated career,” Vivi Rodriguez, a firefighter and paramedic, told “GMA.” “And it’s really hard when what you’re complaining about is that your pants don’t fit or your gloves don’t fit.” 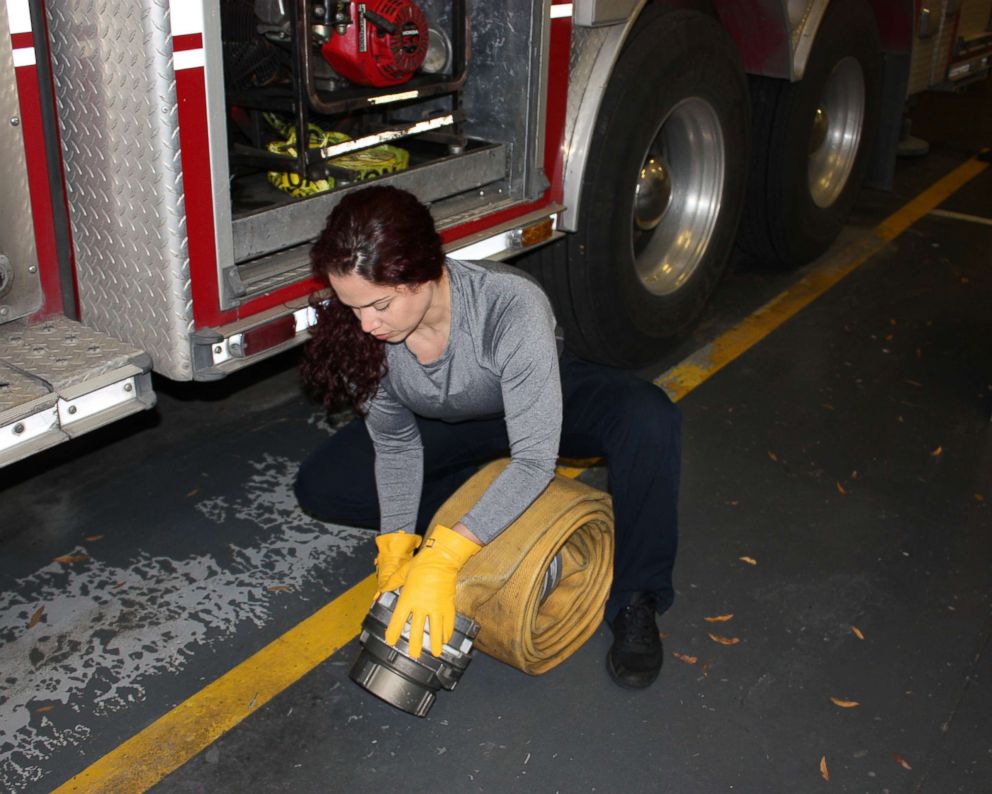 Rodriguez said that when she wears clothing from SeeHerWork, she doesn’t have to worry about “a glove falling off during overhaul or my clothing being see-through because I’m sweating.”

Paving the way for the next generation

Some encouraging words other women gave Henry within these focus groups were:

“‘We cannot wait for this gear to come out so we can perform,” she said they have told her. “We can pull up the next level, the next generation that’s going to come in behind us.'”