Just over a year ago, Robert Crackles’ financial problems finally came to a head.

‘I was scrambling around, trying to borrow more money to cover the coming monthly payments,’ he remembers. ‘It reached a point where I was in some dingy office in the middle of Bradford, having an interview with a dodgy loans company to get some cash.’

Robert, 42, owed lenders around £25,000 after he started borrowing money following a redundancy in 2009. Much of his debt was with payday loan companies that charged over 1,000% APR on repayments.

‘You miss one payment, and that’s it, you’re never getting out of that hole,’ he says, reflecting on the darkest points of his financial difficulties. ‘No exaggeration, if I hadn’t gotten help when I did… I was becoming suicidal. It was horrible.’

Robert’s story is not unique. Even before the pandemic hit, 8.3million adults in the UK were living with problem debt, meaning that they’d missed payments for bills or credit commitments for a number of months.

According to the Money and Mental Health Policy Institute’s report, A Silent Killer, people in problem debt are more likely to suffer from mental health issues, and are three times as likely to have thought about suicide.

Nikki Bond is Senior Research Officer at the Money and Mental Health Policy Institute and an author of the 2018 report. She says that while there is rarely one single driving factor behind suicide, financial difficulties can play a role.

The ‘double stigma’ of both debt and mental health problems can make it extremely difficult for people to reach out for help. 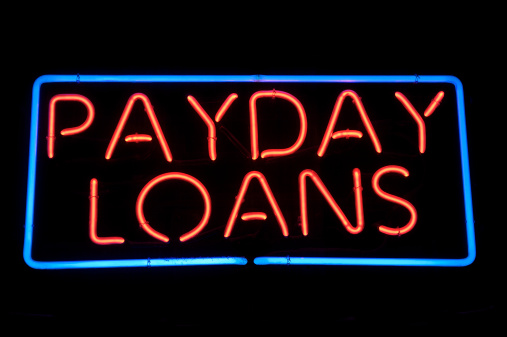 Out of around 9million over-indebted people in the UK, just over 1million seek and receive advice each year, though estimates suggest that between 650,000 and 2.9million people would benefit from it.

‘You’re keeping schtum about your financial difficulties, you don’t know a way out, and you’re having suicidal feelings – and then you’ve got that double stigma,’ says Nikki. ‘It just compounds itself, which just makes it so much more dangerous.’

This is particularly the case for men, who have consistently made up around three-quarters of suicides since the mid-1990s.

‘A lot of what we unpicked was the idea that one person is or feels entirely responsible for supporting their family,’ Nikki explains. ‘The pressure of this responsibility can become overwhelming for people in problem debt.’

Robert, a double glazing fabricator, says that he struggled to confront his money problems, despite knowing that they were spiralling out of control, because he was worried that he would upset his parents and other close family members.

‘I didn’t want to admit to the people that I loved that I had this problem, because I knew that it was going to cause them pain,’ he remembers. ‘It felt easier to not confront it, because I could scramble around and get another loan, and for a few weeks, it just felt like everything was ok.’

However, the weight of Robert’s debt soon made his day-to-day tasks seem futile.

‘You’re waking up every day, just thinking “I can’t do anything”, and that’s when the suicidal thoughts come in,’ he says. ‘You think, “it’s going to be easier to just not be alive anymore.”‘

It was when he was asking to borrow money in the shady Bradford loan shop, that Robert realised that he couldn’t ignore his money problems any longer.

‘The office felt very sparse, like they’d just moved in,’ he recalls. ‘I think there were only three of them in the building. They seemed to enjoy making me jump through hoops, asking embarrassing questions about why I needed the money. Things like “do you have a drug problem?” and “do you have a gambling problem?”, stuff like that. I knew I needed help before, but this just reinforced it.’

In 2017, nearly a quarter of people who attempted suicide were in problem debt.

Mette Isaksen, Senior Research and Evidence Manager at the Samaritans, says that the pandemic has only worsened the issue, increasing the amount of calls volunteers receive relating to financial issues.

‘Over the year since restrictions began we have supported people worried about their finances or unemployment 140,000 times,’ she says. ‘It is clearly a factor affecting many groups during the pandemic.’

‘Volunteers told us that men in midlife often described feelings of shame and powerlessness in the face of financial problems, alongside feeling a need to cope with these problems alone,’ she continued.

Lorraine Taylor was 27 when she found out that her father had taken his own life. He was 48, and in problem debt after consistently missing payments for his rent, car finance, council tax, and utility bills.

Her dad, David, knew that the council were planning to remove him from his home. 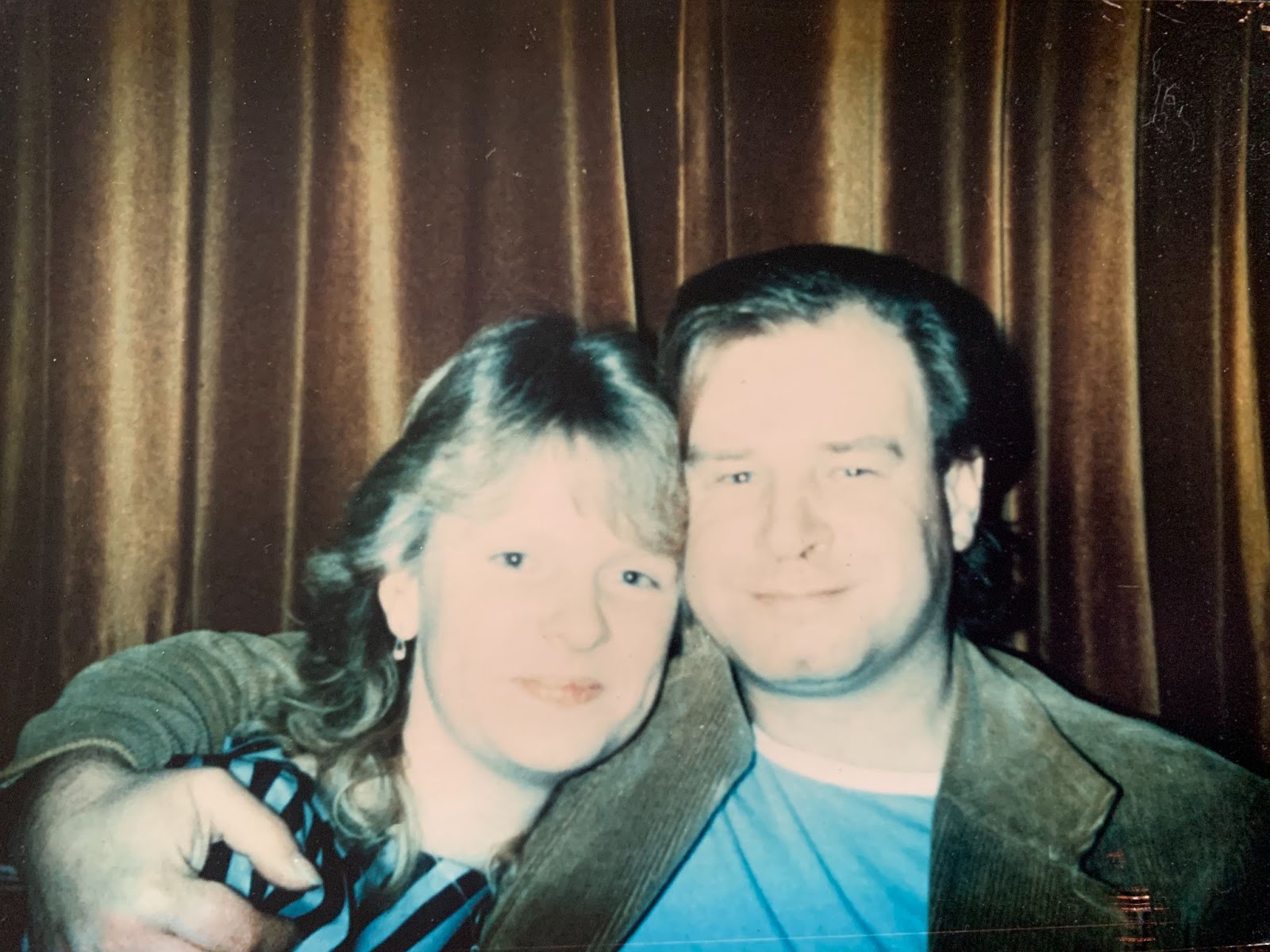 ‘He was going to be evicted either on the day that he passed away or the day after,’ explains Lorraine, now 54. ‘When I went to the house afterwards, there was a big notice on the door to say that he’d been evicted.’

‘I was in shock for a long time,’ she continues. ‘I found out that my dad had been offered help by the council to sort out his rent arrears, but he never kept the appointments. He must have felt ashamed and embarrassed, and I was distraught that he didn’t feel he could approach me for help.’

Mette says that housing problems can increase the likelihood of suicidal thoughts.

‘Unmanageable debt can also lead to other risk factors for suicide, such as housing insecurity, and there is a link between eviction and suicide,’ she explains.

Lorraine believes that her dad knew that his housing debts would be written off after his death, meaning that his family weren’t liable to pay them back.

‘It would have been in his mind – “I owe this amount of money for the rent, my children won’t have to pay it,”’ she says.

David had also split up with Lorraine’s mother, and as a result, was living alone. He was struggling with loneliness and isolation, Lorraine believes, which also added to the mental stress caused by his debts.

According to the A Silent Killer report, people like David, who are dealing with multiple money problems, are at significantly higher risk of suicide than those with just one problem debt.

Only 1% of people with no debt or one problem debt attempted suicide in 2017, but the figure rose to 5% for those with two, three or more.

‘I could have probably got a loan or put it on my card, but I do feel now that if I had done that, there’d be another debt, there’d be something else he hadn’t paid,’ Lorraine says. ‘It was like a never-ending cycle.’

In the 27 years since David’s death, experts say that support for those with money and mental health problems has slowly started to improve.

‘I think there’s more general awareness about the links between mental health problems and financial difficulties,’ Nikki says. ‘And that’s particularly the case with men.

‘Within mental health services, there’s a recognition that within care plans you should ask about people’s finances,’ she continues. ‘Though when working with people in mental health crisis, the regularity with which that’s done can be variable, I think.’

Lorraine believes that only a limited number of services – if any – were available for people in debt around the time of her dad’s death.

‘People didn’t even discuss their finances back then,’ she says. ‘If you were made bankrupt, for example, it would have been in the local paper, and everybody would have known about it.’

In May this year, the government’s Debt Respite Scheme (Breathing Space) came into force. Under the initiative, people in problem debt can get legal protections from creditor action for up to 60 days.

The protections include pausing most enforcement action and contact from creditors, and freezing most interest and charges on debts.

‘Those letters from creditors – the way in which they’re worded, but also the frequency of them – can be incredibly distressing,’ says Nikki from the Money and Mental Health Policy Institute. ‘That can provoke feelings around suicidality.’

This includes, she says, ‘incomprehensible legalese, shouty capital letters, and threats of court action’ to those who haven’t paid their debts on time.

There is also a second breathing space for people receiving mental health crisis treatment, which lasts for the duration of the treatment, followed by an additional 30 days.

In Robert’s case, a counsellor suggested that he should contact the debt charity StepChange.

‘I’d heard of them before, but I’d had my head buried in the sand really,’ he admits. ‘But then I spoke to the charity, and it was brilliant – the best thing I ever did.’

One thing that shocked Robert was how straightforward the process was.

‘You go through an income and expenditure form and then they recommend a plan,’ he says.

‘All they want is reference numbers and the contact details of your creditors, and they’ll go to them and come back and say, “can you afford to pay this each month?” and then they just divide it out amongst them. It’s really simple.’

Robert’s feelings about finally getting help were a ‘mixed bag’, he says.

‘On the one hand, it was a relief to finally be doing something positive,’ he continues. ‘But on the other, it was a true shock to realise just how bad things had got. The real relief came a few weeks later, when I was told that the lenders had accepted the payment plans.’

All of StepChange’s advisors receive mental health training, as half of the charity’s clients have additional vulnerabilities – including mental health conditions – on top of their financial issues.

‘It’s incredibly important to us that people in debt feel they can access advice in a way that suits them, as we recognise many individuals with mental health problems have difficulty with certain communication channels, so offer online as well as telephone support,’ says StepChange’s Vulnerability Product Manager, Paula Searle.

Robert says that finally facing his financial issues has allowed him to completely turn his life around.

‘I’m in such a better place,’ he says. ‘I feel great, because I’ve got a little bit of money to myself now. I’ve got a social life. I can go out. I’m working a better job. Just don’t put it off – bite the bullet. It’s incredible just how much better you feel when you start dealing with it.’

Following the support from the charity and his counsellor, Robert also feels more comfortable to speak to those around him about his feelings.

‘If I’ve got an issue, I’ll speak to my dad, my boss, my sister,’ he says. ‘I’ve just learnt that you can’t keep stuff bottled up. If you’ve got a problem, talk about it.’

Nikki also reiterates how important it is to reach out.

‘Financial difficulties are resolvable, and when people are getting to a point of suicidality because of something that is entirely resolvable, then we need to make sure that they are being supported to access help at an early point,’ she says.

With research suggesting that close to 5.5million adults in Britain are behind with one or more household bill or personal credit commitment due to Covid-19 – and a quarter saying that this has adversely affected their mental health – battling the stigma has never been so important.

‘The best recommendation I can give to anyone is just take that first step,’ adds Robert. ‘Because that’s the hardest one.’

If you’re struggling with money and mental health problems, contact the Samaritans 24/7 on 116 123, or at [email protected]. You can also find free debt advice, and access support, at stepchange.org.