What are little girls made of? According to the nursery rhyme, it’s “Sugar and spice and everything nice.”

But there’s nothing basic about her—Ariel never made a bikini out of trash bags, then sauntered toward a hot tub full of men and shouted, “Let’s get one thing straight. I’m a lady sex pirate.”

When we meet Johanna (who also refers to herself as “a swash-fuckler” and “a lust-keteer”), she is an unapologetic loser. She loves doing homework. Her best friend is a dog. Her only interaction with boys her age is when one hits her in the head with her copy of a book called The Female Eunuch. She lives with her family—a washed-up dad who still thinks he has a shot at rock stardom, a mom drowning in postpartum depression, a supportive older brother, and three needy younger ones. She fantasizes about guys but quickly realizes, “I do not think my adventure starts with a boy—I think it starts with me.”

Johanna’s adventure goes like this: She wants to be a writer. She needs money badly, and she needs attention even more. She writes a poem about her love for her dog that leads to her being humiliated on local television. In an effort to get a paying job as a stringer rock music critic, she writes a passionate review of the cassette tape soundtrack of the Broadway musical Annie. Looking to exploit her raw writing talent and, if nothing else, have a laugh at the expense of a cheerful and hardworking teenage girl, the paper gives her the job. 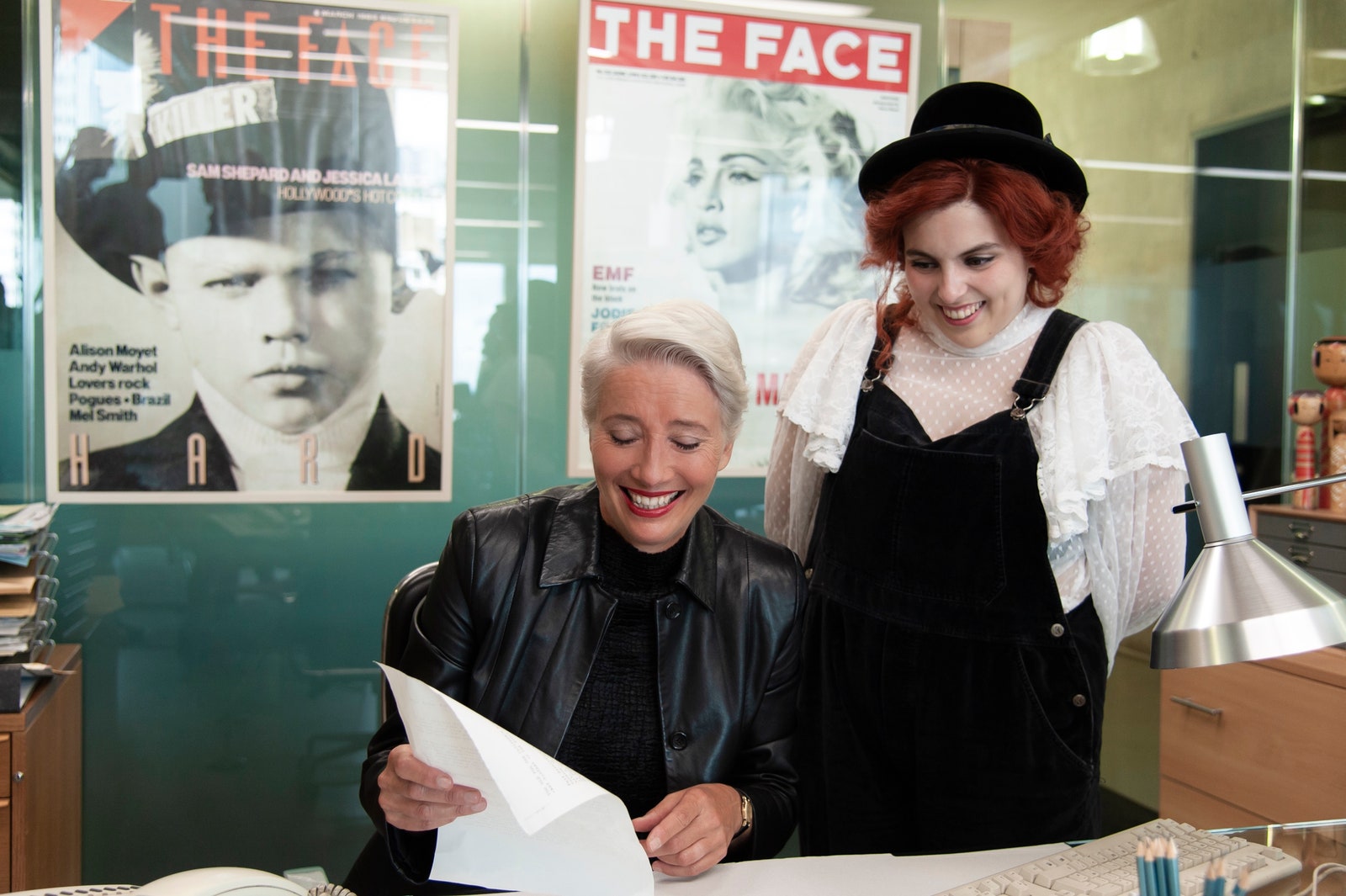 The thing is, Johanna—a 16-year-old with no friends who aren’t either directly related to her, imaginary, or canine—can’t hack it as a writer in London. So she’s replaced by Dolly Wilde, Johanna’s alter ego. So long to Johanna’s wide-eyed wonder and collection of 19th-century novels; hello to getting drunk on a roof, throwing things into the air, and shooting them with rifles. Where Johanna was a goody-goody in a schoolgirl uniform, Dolly Wilde is a confident, bitchy wit in a tailcoat, bustier, and top hat. Earnestness and fan-girling doesn’t sell, so Dolly dominates the music world by destroying bands with her pen (“the kind of music testicles would make” she writes of the song “Jump Around”). She is elevated above all other critics, spending a school night drunkenly accepting the music critics’ “asshole of the year” award.

Somewhere in here is a subtle critique of the way ambitious girls and women succeed at the expense of being pinched and prodded and poured forcibly into the few molds powerful men find convenient. That’s mostly buried under other things—Johanna’s fascination with a soulful singer (Alfie Allen, of Game of Thrones), a painful self-harm sequence, the underexplored story of Johanna’s depleted, depressed mother. The movie makes a decent distraction on a dull quarantine evening, but if you want to watch a hysterically funny Brit living in public housing come of age and doing weird sex stuff, try the fantastic show Chewing Gum on Netflix or read Moran’s original novel first.

leading up to the on demand release of How to Build a Girl on May 8th, I thought I’d share some fun behind the scenes photos!! ————— first up: the two sides of the dynamic brother & sister duo of Johanna and Krissi Morrigan ?

The main draw of How to Build a Girl is Feldstein. God bless Beanie Feldstein, and long may she reign as teenage screen queen. (She’s 26, but she starred in Booksmart and Lady Bird, and we would happily watch her embarrass herself in cafeterias for another decade.) There are some celebrity moments you might miss if you don’t have IMDB popped open throughout the movie—Johanna’s wall is papered with her favorite icons, who are, themselves, played by icons. Take a pee break and you’ll miss it, but Jameela Jamil plays Cleopatra, Lily Allen plays Elizabeth Taylor, Sharon Horgan plays Jo March, and Michael Sheen plays Freud.

“What do you do when you build yourself only to realize you built yourself with the wrong things?” Johanna wonders, looking around the wreckage of her life. If you’re Johanna, you ask for forgiveness, access your vulnerability, get a cute pair of overalls, and meet Emma Thompson.

May it be so, for all of us girls, in our time.