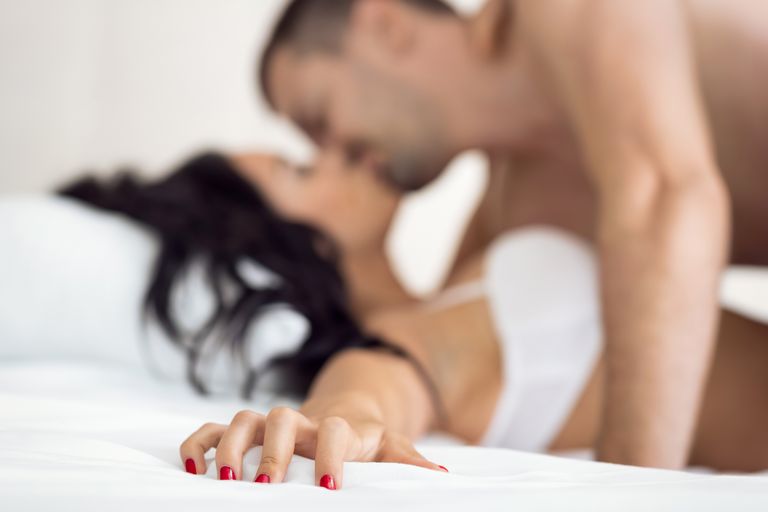 Everyone would love to have multiple orgasms, but that pesky refractory period tends to get in the way. It turns out, there is a way for guys to climax more than once in a row — it just takes some practice.

The first thing you need to know? We tend to equate orgasms with ejaculation — but that’s not exactly the case.

“The orgasm is the part of the sexual experience that happens between two and seven seconds before ejaculation,” Ava Cadell, Ph.D., a Los Angeles sexologist explained to GQ. “It combines an increase in full-body sensitivity, quickening of breath, and a flood of sensations through the scrotum and penis.”

“Ejaculation is the final step of stimulation and involves the release of semen, as well as the neurotransmitters that will send the body into ‘rest and recovery mode,’ or the refractory period.”

While it’s virtually impossible for men to have multiple ejaculatory orgasms with no refractory period, you can climax several times in a row if you don’t release any semen. The technique is known as non-ejaculatory multiple orgasm, or NEMO, according to Mel Magazine, and involves strengthening your pelvic floor.

If you think non-ejaculatory orgasms will feel different from regular orgasms, you’re right — so remember to lower your expectations just a little.

“You can’t expect for each small orgasm to feel like your usual orgasms,” Jonathan Stegall, M.D., founder and president of the Center for Advanced Medicine in Atlanta, tells MensHealth.com. “They’ll be less in intensity, but for some men, having several small orgasms is actually preferable to having one big one.” (If you just want a bigger payoff in general, click here for 8 tricks to make your orgasms even better.)

Want to try your hand at having multiple orgasms? These tips might help you pull it off.

As we mentioned earlier, having multiple non-ejaculatory orgasms is all about controlling your pelvic floor.

“While some men experience multiple orgasms accidentally, others can learn to invite such a reaction,” sexologist Yvonne K. Fulbright, Ph.D, tells MensHealth.com.

You can do this with Kegel exercises, which strengthen the pelvic floor muscles and your ability to control orgasmic and ejaculatory responses in the heat of the moment, she says. Your pubococcygeus (PC) muscle — which stretches from the pubic bone to the tailbone — controls ejaculation. If you can keep yourself from ejaculating after an orgasm, you’ll be more likely to skip the refractory period and orgasm again — and again, and again.

To perform Kegel exercises, you want to contract the PC muscle as you would when you control the flow of urine as you’re peeing. You can practice Kegels anywhere — like contracting the muscle for 10 seconds while sitting in your car.

If you have a hard time delaying gratification, switching positions during sex can help you control ejaculation and erection.

“Try having sex in a chair, where she’s in the chair and you’re on top of her, but still able to stand up and pull out before you ejaculate,” suggests sex therapist Jane Greer. “That way, you can tighten your muscles right before the point of ejaculation so you can experience orgasm without ejaculation.”

Maybe you don’t want to have multiple non-ejaculatory orgasms, but just want to shorten your refractory period. In that case, make sure you have optimal testosterone levels — it’ll make your orgasms better, too.

“Low T is often thought of as an older man’s problem, but I see it in a significant portion of men in their 20s, 30s, and 40s,” Stegall says.

Even if your sex drive isn’t particularly low, Stegall advises guys over 30 to get their T-levels checked with a blood test by a doctor who specializes in anti-aging medicine and hormone replacement therapy. FYI, normal testosterone levels are between 300 and 1,000 nanograms per deciliter of blood.

“If a lot of guys in their 20s and 30s are honest with themselves, they’re probably dealing with at least some of these issues,” Stegall says.

Low testosterone can be boosted naturally by eating a diet high in proteins and healthy fats, sleeping eight hours a night, and by lifting weights three to six times per week.