Is this season of Teen Mom OG hard for you to watch, fans of Catelynn Lowell and Tyler Baltierra? You’re not alone.

“This will probably be the only episode I watch this season honestly,” Tyler tweeted after the MTV reality hit’s new season premiere aired. And after watching it, it’s easy to understand why the 26-year-old might be temporarily canceling his season pass.

In the episode, viewers say Tyler struggling with Catelynn, 26, returning to rehab, saying he felt “totally sucked dry” and “bitter.”

Admitting he was nervous he was going to lose empathy for his wife of three years, Tyler decided to return to therapy, where he made a shocking revelation. 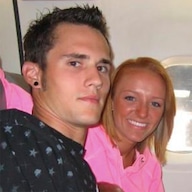 Teen Mom Status Check: Which Couples Are Still Together? 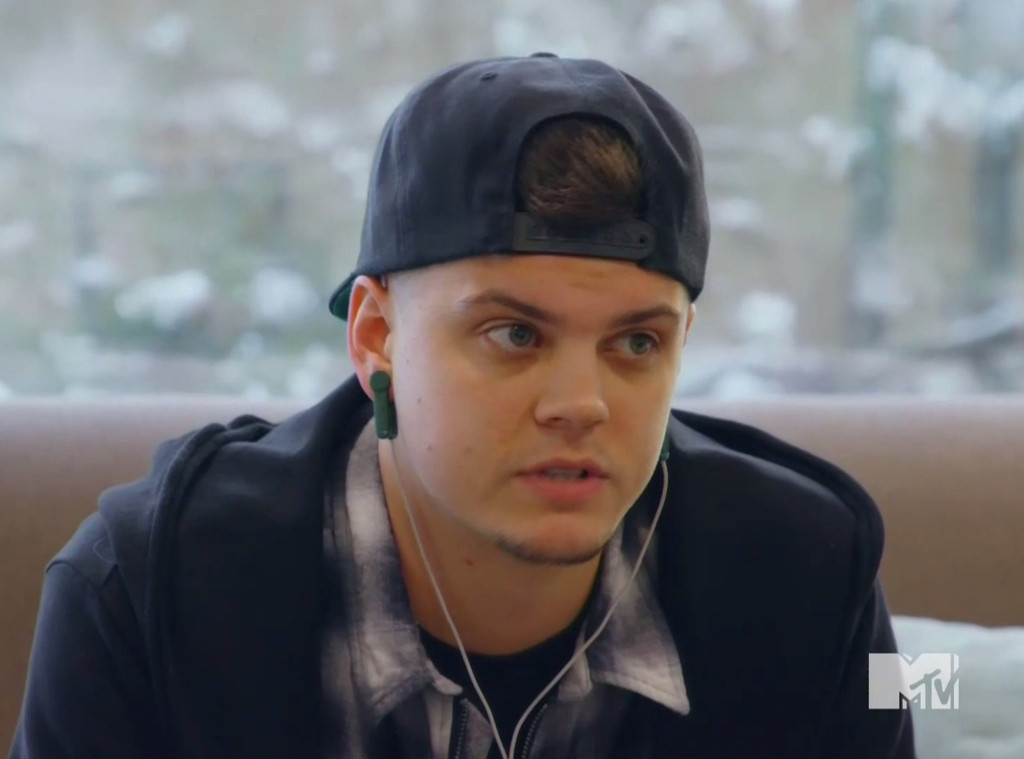 “If someone were to ask me if I’m happy in my marriage I would say absolutely not,” he told his therapist. “And I haven’t been for a couple of years.”

His admission was shocking enough, but especially jarring when you realize the couple, who’ve been together since they were 13, has only been married for three years.

“I know I will most likely get a ton of backlash from viewers this season & that’s okay, honestly…it will NEVER hold me back from being 100% real & honest!” Tyler tweeted on Oct. 1. “Loving someone through severe depression/anxiety takes a toll & I’m only one human being that experiences weak moments too.”

But if Tyler and Catelynn have proven anything over the years as the only OG couple to remain together throughout the Teen Mom franchise’s run it’s that they can overcome any obstacle thrown their way. 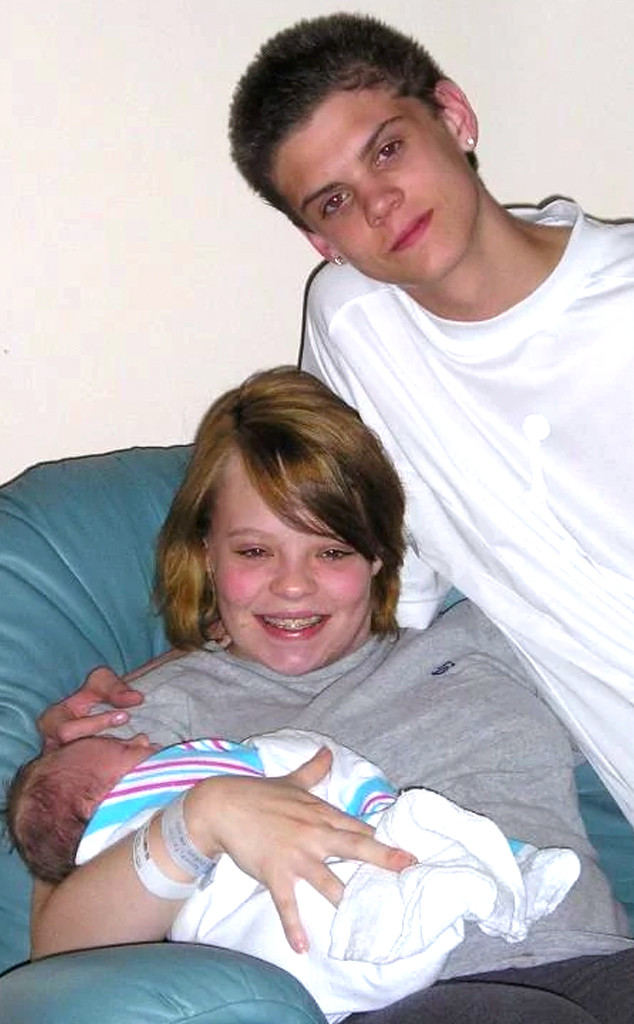 As longtime followers of the couple, who first were introduced to viewers in 2009 on 16 and Pregnant, know, they had placed their first child, Carly, for adoption when they were 16.

“If I had to isolate one of the most life-changing moments not only in my professional career but in life, it was to be there and see Carly’s adoption,” executive producer Larry Musnik  told Cosmo. “When do you get to see a live adoption and the handing over of a child from one family to another take place right in front of your eyes? Usually that’s a private, very closed-door situation but we were all there in that moment. To this day, it’s one of the most amazing, amazingly powerful pieces of television that I’ve ever seen.

Along with their adoption process being intimately explored, fans also were given insight into Tyler and Catelynn’s complicated childhoods.

By the time she was 16, Catelynn had lived in 13 different houses, while Butch, Tyler’s dad, has been in and out of prison and continues to struggle with addiction. And then there’s how that time Catelynn and Tyler became step-siblings after his father married her mother, April, after meeting through their kids.

However, the couple remained committed to each other, and on Jan. 1, 2015, fans were thrilled when Catelynn and Tyler welcomed their daughter, Novalee Reign. Tyler proposed just a few weeks later.

But after suffering from postpartum depression and anxiety, Catelynn sought treatment at a facility in Arizona in 2016, with her postpartum initially putting a strain on their relationship before Tyler began to do research and fully understood the symptoms.

“I think it affected the marriage a lot, more than we thought of at first,” Tyler admitted when the couple appeared on The Doctors in November 2016. “because after her going through  the depression and then me noticing the symptoms and I think as a spouse looking at her, seeing her going through this and not really understanding postpartum and being like, ‘It’s fine, just get out of bed. It’s not hard, just do it!'”

He continued, “It affected it as far as our communication goes. I think for the first time we didn’t know how to communicate this because we’d never been through it before. I think I probably handed it wrong because I didn’t know. I was very naive and I didn’t understand it.”

During this time, Tyler also battled his own depression, which he revealed he’d suffered from since childhood, along with rumors that he was cheating on Catelynn.

And soon after their appearance on The Doctors, Catelynn checked into rehab after experiencing suicidal thoughts.

“Incredibly proud of my wife…when she thought she had no choices left, she reached out & decided to LIVE today!” Tyler tweeted after Catelynn made the decision to seek treatment. “My life would be desolate without her in it.”

Again, the couple remained committed to each other, and when Catelynn completed treatment in December 2017, Tyler, who continued to work on his own mental health (which included losing weight), praised his wife on Instagram.

“I am so incredibly proud of her & the work she has done this past 6 weeks,” he wrote. “She is a strong woman who has been through more than you know & her resilience continues to triumph over what life has thrown her way. I love you Babe @catelynnmtv hurry home please, I’ve missed you so much! #MiddleschoolSweethearts.”

After her experience with postpartum depression, Catelynn expressed her fears about going through it again if  the couple had another child. “It’s a daily fight in my mind to not be afraid of postpartum [depression],” she admitted to Tyler in an episode. “I can’t let my mind stop me from one of the most amazing things ever.” 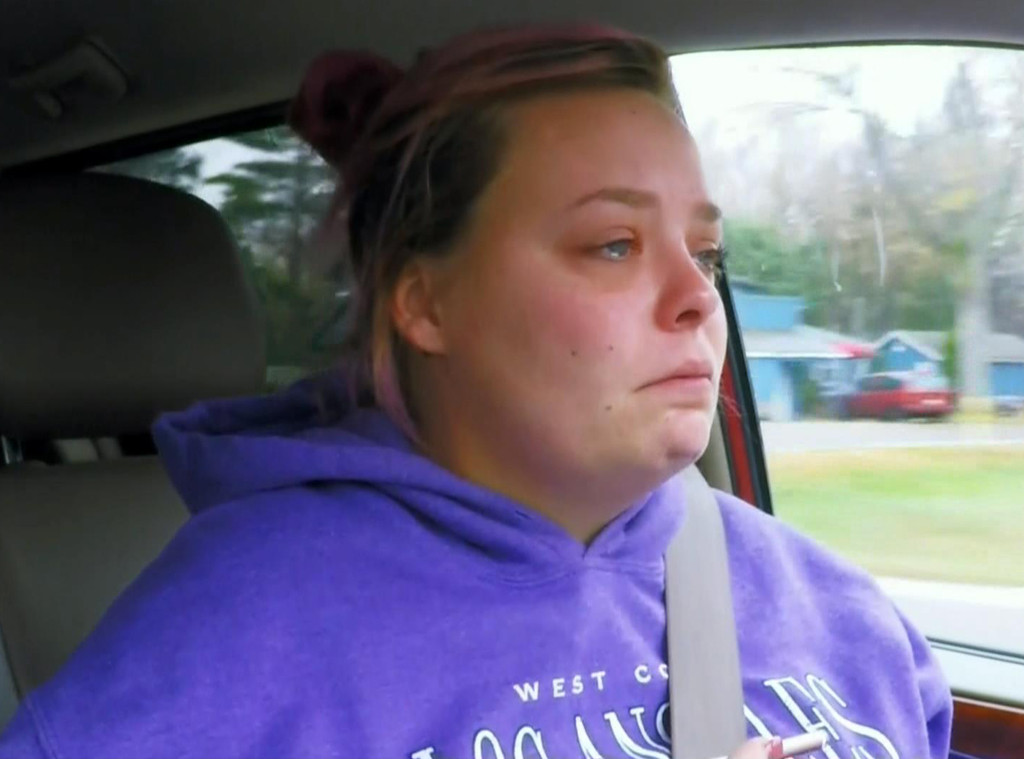 And fans were overjoyed when Catelynn and Tyler revealed she was pregnant in the Jan. 29 episode, which was filmed around Halloween. Catelynn dressed daughter Novalee up in a shirt that read “I’m going to be a big sister” to surprise a delighted Tyler.

But in a devastating episode that aired in February, it was revealed she suffered a miscarriage, with Tyler describing the heartbreaking experience to Kerthy, their producer.

“It’s very traumatic,” he said. “When you see her shaking and she’s got blood everywhere, it’s like … you don’t really know what to do.”

In a conversation with the same producer, Catelynn said, “Thank God for kids and husbands. If they weren’t around, I probably would have offed myself, seriously. I mean, I’m sure a lot of people can relate. Like, it’s like I don’t want to live another day like this, you know?”

Catelynn then decided to seek treatment for her suicidal thoughts three weeks after completing her six-week way in December, with Kerthy and Tyler driving her to a facility.

“I contemplated every single way that I could kill myself today,” she said through tears while on the phone with Tyler’s mom Kim while on the way.

“Well they say third times a charm…” she tweeted Jan. 17. “I’m going back to treatment people for 6 weeks to work on my trauma and getting on different meds. THANK YOU @TylerBaltierra I LOVE YOU SO MUCH!!!!! You are my light!! And nova you are my sunshine #KeepTalkingMH.”

At the time Catelynn announced she was returning to treatment, Tyler applauded her decision on Twitter.

“I am SO PROUD of this woman! When you have been fighting your whole life to survive…it doesn’t just make you a survivor…it makes you a damn WARRIOR!” he recently wrote. “I love you babe @CatelynnLowell.”

In a recent interview on the Reality Life with Kate Casey podcast, Tyler opened up about his own struggle to cope with the miscarriage, admitting he felt pressure to be “strong” for Catelynn.

“From a guy’s perspective—not to sound sexist—it’s almost more acceptable for a woman to break down and be emotional,” he said. “But I swear, as a man, when I walked away from Cate and I didn’t have to be so strong, I was breaking down every single day.”

And as fans saw in the premiere, Tyler struggled to cope with Catelynn being away while he took care of their daughter.

“I was taking Nova to school and just crying every single day,” he said on the podcast. “I’m assuming a lot of women do the same thing. It’s just not really talked about a lot with men… it should be talked about more.” 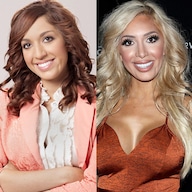 Teen Mom Stars: Then and Now

Both Catelynn and Tyler continued to work on their mental health, with Tyler continuing his weight loss journey (he’s down 40 pounds), and Catelynn talking about her post-treatment life in a March episode of Kailyn Lowry and Lindsie Chrisley‘s Coffee Convos podcast.

“I feel way better. I did a whole med switch I did genetic testing and found out that the medication I was on for five years doesn’t even work for me,” she said. “So they put me on different medications and they seem to be working really well. It all stems from the trauma in my past, so I’m going to have to keep digging deep into that.”

Catelynn went onto explain why she and Tyler continued to be so open about their experiences with mental illness.

“I think it needs to be out there,” she said. “That stigma needs to go away because people need to talk about it. It’s out there and it’s real and it affects people, even normal people, people on reality TV, moms, etc.”

She also talked about how difficult it is for her to be so “open” about her own struggles on the After the Show episode following the premiere.

After their devastating miscarriage, the couple had planned on waiting to have a third child. But fate had a different plan for Tyler and Catelynn, with the couple announcing she was pregnant in September 2018.

“The big news is that we are expecting our rainbow baby,” Catelynn told Us Weekly. “This baby is our rainbow after the storm. I’m super excited. It was a huge shock at first. We were not planning it, especially after the miscarriage and how I went downhill with my mental illness.”

As the saying goes: after every storm, there is a rainbow, and no couple on reality TV probably understands that better than Tyler and Catelynn, even if fans sometimes don’t.

“We’re not getting a divorce or anything like that. Couples go through hard things and I think it’s all about how you work on it,” Catelynn said of divorce rumors on After the Show. “I think it’s hard for people to believe in a couple that’s been together for so long if that makes sense. Or that a couple can work through really tough things and actually stay together.”

And come out of the storm stronger than ever, it seems.

If you or someone you know is struggling emotionally, head to halfofus.com for ways to get help.