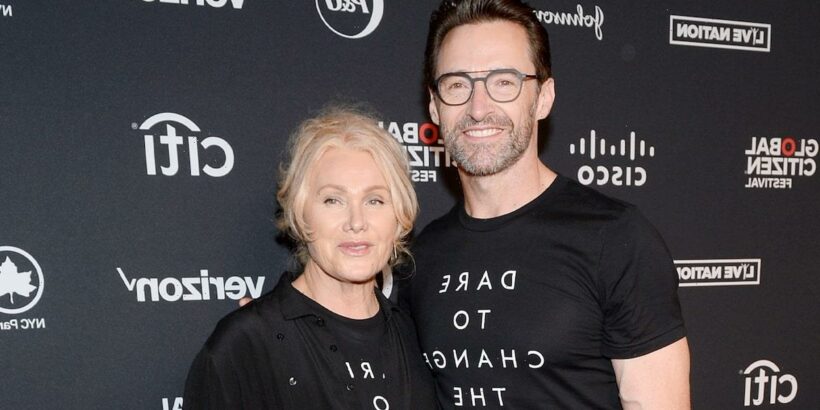 Hugh Jackman’s wife Deborra-Lee Furness is weighing in on rumors about her husband’s sexuality … again.

During a recent appearance on the “Not an Overnight Success” podcast, Furness explained just how absurd those rumors really are. 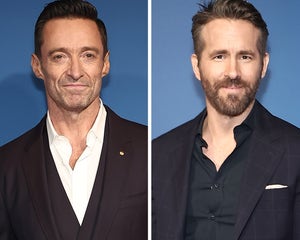 “He didn’t have to hide in the closet anymore, and he’d be dating Brad Pitt, or whatever,” she added. “Not that Brad’s gay, but you know what I’m saying!”

Furness went on to note that she and Jackman, 53, “don’t read a lot of that stuff,” saying, “It’s so silly, and then people perpetuate silly things and it’s boring.”

Furness has opened up about the rumors surrounding Jackman’s sexuality in the past.

While appearing on the Australian TV series, “Anh’s Brush With Fame” back in 2020, she jokingly said her husband has “been gay so many years.”

“I was gay too,” she quipped. “You know when I did ‘Shame?’ I was gay. They were shocked when I got married.”

On a more serious note, Furness called the rumors “just wrong,” adding that “it’s like someone saying to Elton John: ‘He’s straight.’ I’m sure he’d be pissed. And so what! What are we discussing here… Is he a vegetarian… Is he gay?'”

She went on to slam the “rude” claims in which people say she’s “lucky” to be married to Jackman, saying, “Lucky? Like I won a chook [chicken] raffle. People don’t realize that it’s actually rude to say that.”

Furness added, “But yeah… it’s because he’s the stud muffin. But that’s show biz and Hollywood and the brand of Hugh Jackman.”

Furness and Jackman have been married since 1996. They share two children together, whom they adopted: son Oscar, 21, and daughter Ava, 16.

Earlier this month, the couple celebrated their 26th wedding anniversary. Jackman shared a sweet tribute to his wife on Instagram.

“Today I celebrate 26 years of marriage to my extraordinary wife,” he captioned a sweet selfie of himself and Furness. “Every single day is filled with so much laughter, joy and backgammon!!!! Deb you light up my life. I love you with all my heart!”