Kim Gwang-ho, an engineer who worked for the automaker in South Korea, in 2016 reported to the NHTSA that Hyundai wasn't adequately addressing an engine issue that was causing seizures and fires with potential safety consequences. It also provided it with evidence that led to the automaker paying $210 million in civil penalties for failing to recall the 1.6 million Hyundai and Kia vehicles affected in a timely fashion.

It marked the first payout of the whistleblower program, which was established through legislation passed in 2015 as part of the Fixing America's Surface Transportation Act, but activated only this year. 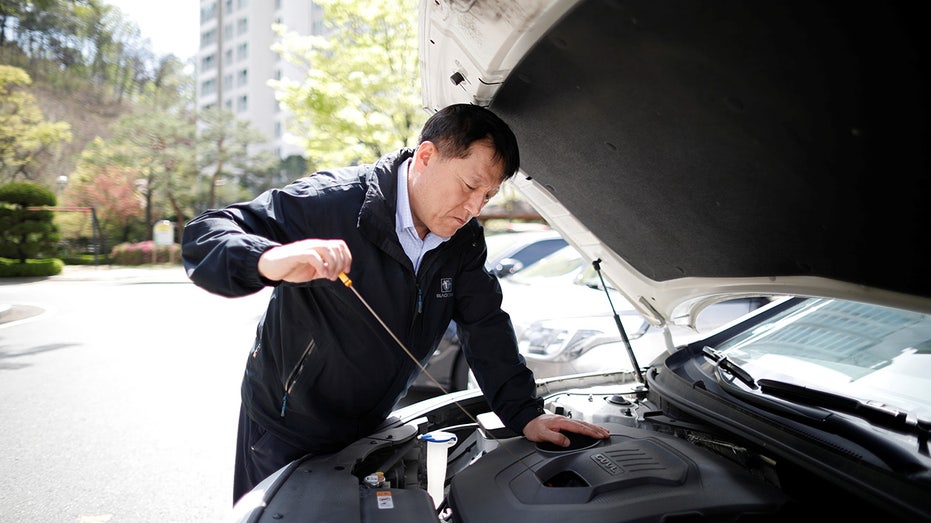 Kim Gwang-ho was awarded $24 million by NHTSA for reporting on a safety issue at his employer, Hyundai. (REUTERS/Kim Hong-Ji)

According to NHTSA, the U.S. government received $81 million from Hyundai and Kim was paid the maximum 30% award allowed under the legislation.

"I am pleased that I have been justly compensated for the risks I took to protect owners of these defective cars, and grateful that the U.S.’s legal system had a program in place to make this possible," Kim said in a statement released Tuesday, Reuters reported.

When asked for comment on the award, Hyundai issued the following statement to FOX Business:

"Hyundai takes safety seriously and fosters a culture of transparency and accountability. In late 2019, Hyundai Motor North America created the role of Chief Safety Officer (CSO). The CSO is responsible for infusing and enforcing the highest standards of motor vehicle safety throughout the organization. We value our collaborative and cooperative relationship with the U.S. Department of Transportation and NHTSA, and are committed to a best-in-class U.S. safety office."

The Alliance for Automotive Innovation, which is a trade group that represents most major automakers including Hyundai, has not commented on the payout, but Center for Auto Safety executive director Jason Levine praised the program.

"Whistleblowers play a critical role in exposing vehicle safety and quality issues that negatively impact consumers, and accordingly must be protected when they risk their careers to protect everyone on the road from dangerous defective vehicles," Levine told FOX Business.

"Today’s action by NHTSA is an excellent first step in recognizing the value that whistleblowers bring to the public and only underscores the need for a completed regulation that ensures future safety heroes will be appropriately incentivized to come forward."