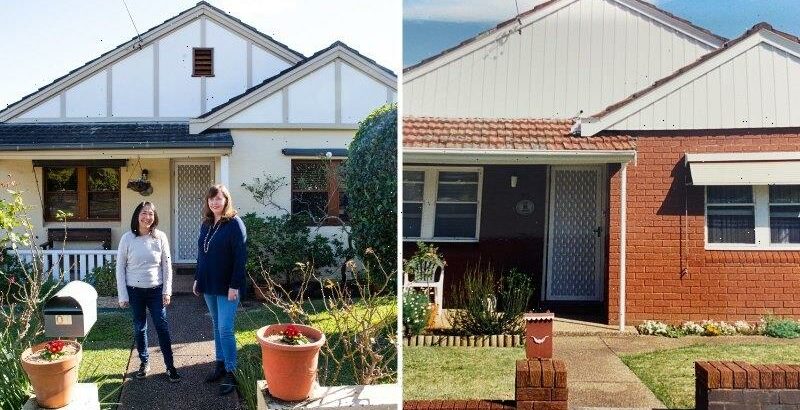 Buying a first home can seem like an impossible challenge right now, especially when you’re in your 20s and only just earning a full-time salary.

I felt the same when I was that age in the 1990s. Despite having held casual jobs since the age of 15, part-time work while at university and starting a full-time job before my 21st birthday, the task of scraping together a deposit felt unachievable at times. 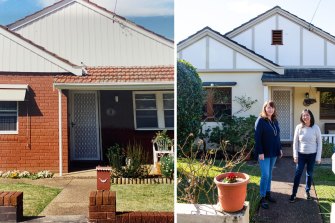 The Penshurst house, 1995 and 2022, bought by friends as a way into the property market.

Like many young people then and now, I lived at home after finishing university before briefly renting in an inner-city sharehouse to get that first taste of freedom and independence. But my parents’ view that rent money was dead money was never far from my mind.

My friend Pettina was in a similar position – still living with her parents, working full-time, unable to quite afford to buy a house on her own. Each of us had almost enough money to buy a tiny unit near where we grew up in the southern suburbs of Sydney, but the idea of a house was more appealing, if ambitious.

Somehow, probably over a few Baileys on ice, we came up with the idea of combining our savings and buying a house together. We’d known each other since Year 8, which felt like forever at that age, we’d holidayed together, we both seemed good with budgeting and saving. Our deposit amounts were similar. Plus it seemed like a novel idea to buy a place with a pal, if for no other reason than parties with our friends.

The house-hunting phase was fun, although the real estate agents seemed confused about exactly who was buying, given we sometimes had four parents and a few siblings joining the inspections. And we had very specific needs: a house within walking distance of a train line, as I didn’t have a car, two equal-sized bedrooms given our equal split of a mortgage, plus a small backyard for my cat, Rosie. 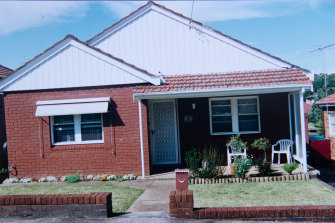 Finally, we found a house close to both our family homes for $214,000 – a two-bedroom, red brick veneer house, largely unrenovated, with a separate granny flat and a big garage (parties!).

I got my wish about being close to transport – the train line ran along the top of the street about five houses away, which obviously contributed to the affordable price. Fortunately, it wasn’t that noisy, except when the coal trains rumbled past from the south coast.

The price seems laughably small now for a two-bedroom standalone house only a 30-minute train trip from the Sydney CBD, but on our salaries at the time, which were probably about $40,000 each, the mortgage seemed enormous. I remember sleepless nights before settlement spent calculating and recalculating my take-home salary, the mortgage repayments, the cost of groceries and bills. Pettina worked for a bank, so we benefited from a small percentage discount on our mortgage, but interest rates back then were nearly 10 per cent.

I slept a little easier when my mother gave me a surprise buffer close to settlement – a few thousand dollars she’d secretly put aside from the $50-a-week board I’d given her after starting full-time work. She was saving it for my (distant) wedding but shrewdly realised that a foot in the property market was a much better use.

So, how did it go once we moved in? 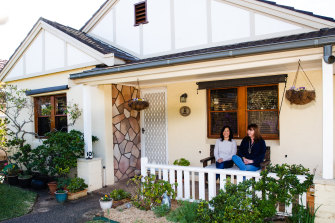 Pettina (left) and the author, in front of the Penshurst home they purchased together as friends in their 20s.Credit:Edwina Pickles

We settled into the usual flatmate rhythm of Saturday-morning housework to a soundtrack of Nirvana and Silverchair, and weeknights watching Beverly Hills 90210 and Melrose Place. Naturally, we took more interest in improving the house and garden than if we were renting. While Pettina did most of the cooking, as she got home from work earlier, I bought a lawnmower, planted roses and jonquils, and had a go at growing veggies.

We heard a rumour that high school acquaintances thought we must be lovers due to the house purchase – it seemed no one could fathom an alternate reason for co-ownership.

Fast-forward 3½ years and the time felt right for both of us to move on from the arrangement – we’d each met boyfriends, plus our salaries had grown enough to manage mortgages solo. We had the house valued by three real estate agents and were pleased to discover it had increased in value, which would give us each a boost for our next steps. We went with the average valuation – $310,000. Pettina could see the potential in our house and refinanced to buy out my half, giving me enough funds to buy a house on my own nearby that cost $355,000.

Buying a house with a friend wouldn’t suit everyone, despite the glamorous portrayal on Five Bedrooms, but it worked well for us because we had a foundation of years of friendship and trust, as well as similar finances and spending habits. Luckily, we had no issues during our co-ownership, but I’d recommend anyone considering buying property with a friend or relative to consult a lawyer and draw up an agreement.

I’ve never regretted taking on a mortgage in my 20s and getting the property ball rolling. After the first cautious year of budgeting, I was able to go travelling again and do all the frivolous things twentysomethings do with their money. I’ve subsequently bought and sold four houses – maybe I would be in the same position now if I’d gotten into the property market later, but it did seem to help to start early. Plus there was very little dead rent money, I can hear my dead parents saying.

Pettina still lives in our little home, although it’s no longer little – in fact, it’s barely recognisable except for the street-view facade. Thanks to her very handy husband, the house has been renovated, extended and rendered. Like many Sydney properties, its value has increased by nearly 700 per cent in the 27 years since we bought it.

I always get a kick out of visiting her and remembering how the house used to look before it had a stylish makeover, many more bedrooms, a gourmet kitchen and a pool. All that remains from our early days are the jonquils and roses in the front garden – and photographic evidence of some memorable parties.

The Money with Jess newsletter helps you budget, earn, invest and enjoy your money. Sign up to get it every Sunday.

Most Viewed in Property