Universal Music has become the second record label to launch an investigation into inappropriate behaviour at its Australian office.

The biggest music label in the world, Universal has global superstars Taylor Swift, Lady Gaga, Kanye West and Rihanna on its artist roster as well as Australian acts like Troye Sivan and Tame Impala. 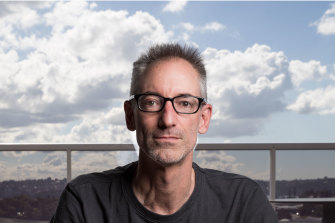 Anonymised allegations about the workplace culture at its Sydney office were posted on Instagram account Beneath The Glass Ceiling late last month. Separately an internal complaint was made about a historical incident of poor behaviour.

Rival music label Sony Music is already conducting an investigation into the workplace culture at its own Sydney office. Long-time Sony boss Denis Handlin was fired in June after 50 years at the company and two other executives have been stood down.

In an email on July 30, Universal Music Australia’s president George Ash acknowledged the company was aware of the allegations that had been published online, including an allegation that had been made about him.

“As the leader of this company I take full responsibility for creating a respectful workplace culture for everyone,” Mr Ash wrote in the email to staff.

“With respect to my own behaviour, it is particularly painful to realise now that what I intended as jokes were unacceptable comments that made some of you uncomfortable.”

Last week Universal engaged Darren Perry at law firm Seyfarth Shaw to conduct an investigation into its workplace culture. Staff were informed of the investigation at a meeting on Friday and encouraged to raise any concerns through the internal and external complaints channels.

Mr Ash told The Sun-Herald he was “heartbroken” to read the allegations, most of which appear to have occurred during his tenure as president. There are multiple claims of bullying, harassment, racism, homophobia, discrimination, as well as more serious allegations of sexual assault.

“My initial response was ‘I don’t know whether the allegations are true or not’ but it made me think we haven’t done enough and we need to do more in our company,” Mr Ash said. “I need to step up and take responsibility.”

Mr Ash said he couldn’t address individual allegations but acknowledged the company could have done better.

“In some ways I feel like I have let people down,” he said. “It’s not the company or the culture I want to work in . . . if people are feeling like that then I need to address things.”

Staff allege issues within the Sydney office were raised as far back as 18 months ago in an internal survey conducted by KPMG. At the time employees described Universal as a “white male boys’ club” and “toxic”. Since then Universal has overhauled its HR department both here and in the US.

Mr Ash said he hoped the investigation now under way would be a catalyst for change, both within Universal and for the music industry in general.

“Before these [issues] were raised I thought we were doing an amazing job, [but] with these things being raised I need to make sure I respond to them,” he said.

“If there is any positive to come of this, it creates that catalyst for us to speak openly about things and hopefully address things to create a workplace culture that people can be proud of.”

Mr Ash said the way the complaint made about him had been handled was proof Universal was committed to ensuring workplace change happened in a transparent way.

“I had a complaint recently raised against myself around a joke I made in a Zoom meeting. It was insensitive, and that went through the appropriate processes and I apologised to everyone in the company who was impacted by it.”