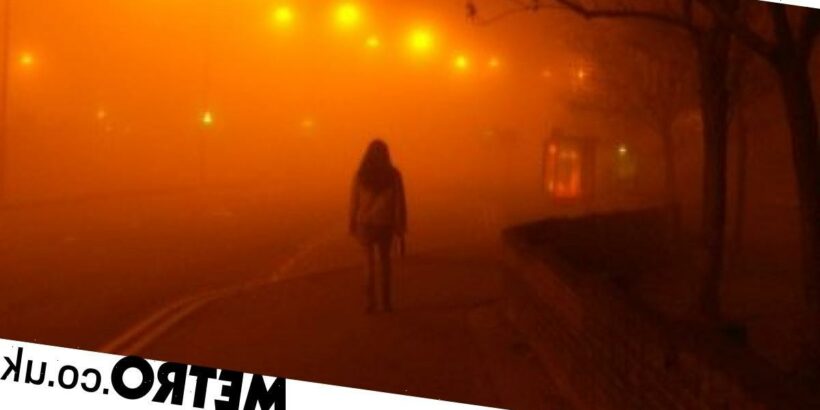 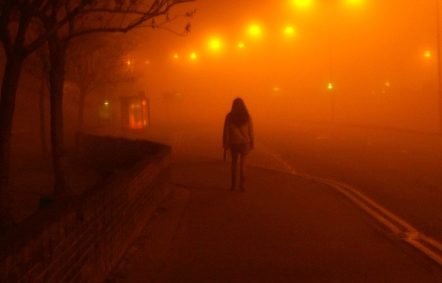 Last week, I was travelling home late at night by myself after having spent the day with some friends in London.

They accompanied me to the train station and saw me off at the platform — something which I was quietly grateful for.

As I got off the train around midnight in Brighton, where I live, I felt the sudden fear of walking alone at night grip me. I tucked my coat closer, and made my way to the taxi rank. There were no cabs around.

Since my house was relatively close to the train station, I started walking.

I chose a longer route than I normally would in daylight — making sure I followed well-lit streets where there would be people around.

Avoiding dark alleyways and quieter streets, I crossed the road whenever I saw someone about to walk past me. I went out of my way to try and make the journey as safe as I possibly could.

As I was walking, the thought of how I would respond in case I was attacked constantly pressed on my mind. Where would I escape to? How would I get out of it? Did I have anything I can use as a weapon?

This is something many — if not all — women can relate to. It’s hard to describe this feeling; the unease of being unsafe on the streets to the point of arming yourself with your keys in between your fingers, just in case.

It might seem overly dramatic to some, but it’s with good reason.

Hardly anyone missed the horrific case of Sarah Everard, who was kidnapped, raped and murdered by Wayne Couzens, a MET police officer.

Her death was a harrowing reminder of just how unsafe women are on the streets.

Women suffer incredible amounts of violence and sexual abuse in the UK, with 1.4million having suffered rape or attempted rape and 1.6million suffering domestic abuse in 2020. In the year to March 2020, 207 women were killed in the United Kingdom.

In May this year, a woman was raped by a group of men in the city centre of Brighton — a place where I walk every single week.

It’s not hard to see why women are afraid to walk on their own.

As a trans person who is perceived as a cisgender woman by society, this fear is very much real for me. In instances where I have been harassed by men, such as being catcalled, propositioned, groped and followed, they didn’t ask whether I was born with a uterus or not first. They would never know otherwise if they weren’t told.

But as someone that is openly trans and publicly campaigns for trans rights, I also fear abuse in case someone recognises me – or if they somehow find out I am trans.

If all cis women focused on what trans women share with them rather than what tells us apart, they would find we have so much more in common

At the start of my transition I faced a myriad of misogyny mixed with transphobia, including physical harassment and verbal abuse. This included things such as strangers shouting slurs at me on the street, pouring beers over me in clubs and physically assaulting me to ‘check what genitals I had’.

At the time men would initially see me as a cisgender woman, but once it became clear that I was trans, the abuse changed from pure sexual harassment to disgust and much more visceral verbal onslaughts. This made me avoid going out in public, in particular at night.

It formed a very specific type of misogyny, paired with transphobia. This has often been described as transmisogyny, much like the misogyny women of colour experience in conjunction with racism is called misogynoir. It shapes the condemnation we face and creates a specific form of oppression.

In fact, research shows that trans women and trans feminine people face heightened levels of sexual abuse and domestic violence. A 2018 study by Stonewall and YouGov revealed that 16% of trans women experienced domestic abuse from a partner over the course of 12 months from 2016-17; this was compared to 7.5% of cisgender women over the same period.

And according to 2020 BBC statistics, the number of hate crimes reported against trans people have quadrupled in the UK over the past five years. Trans people are vulnerable to discrimination and brutality more than ever before.

Trans women also face specific barriers in terms of sexual and domestic abuse, where on top of the traditional forms of domestic violence, the verbal and physical attacks they face can also be specifically because of who they are as a trans person.

This includes things such as abusive partners withholding their hormonal medication, refusing to legally acknowledge them as transgender – making it impossible for them to take steps to start being themselves — and convincing them no one would believe they are trans.

Thankfully many services in the women’s aid movement across the UK that provide support for survivors of sexual abuse and domestic violence recognise this and are trans-inclusive, although not all services are.

This means that trans women might struggle to get the help they need out of fear of discrimination when seeking services they desperately require. This makes me feel incredibly angry, as in my opinion it goes against everything these facilities stand for.

Having previously worked in the women’s aid sector in Iceland for about two years in a fundraising role, and as a survivor myself, I’ve learned the importance of recognising that misogyny and sexual abuse takes on many different forms.

Transphobia, racism, ableism and other factors of oppression can play a huge role, and it’s important that those are recognised and acknowledged.

The abuse I’ve received over the course of my life has been a complex mix of transphobia, homophobia and misogyny — where I’ve been targeted either because I was perceived as a trans person, a gay man or a cisgender woman. The nuances of this are important to recognise, so we can decipher and beat abuse in all its forms.

We can never really eradicate it without showing everyone solidarity, understanding and recognition.

This is why it’s more vital than ever that those combating abuse are inclusive of trans women, and recognise the vulnerability and specific form of oppression we can face in society.

Together we would be so much stronger, and through our shared experiences we can create meaningful change for everyone.

If all cis women focused on what trans women share with them rather than what tells us apart, they would find we have so much more in common. Instead of being pitted against each other, we should realise that the oppression we face stems from the same place: misogyny.

Exclusion of trans women from cis women’s crisis networks will never lead to true liberation, and will continue to enforce the systematic sexism and misogyny that we all experience.

I’ve had the pleasure of working with feminist organisations in Iceland and the UK, I know that harmony and understanding can bring us so much further than this loud and pointless culture war being fought on social media – it’s a diversion from the real issues.

We all deserve to feel safe everywhere we go, and together we can fight for that reality. Trans people can offer valuable insight into how gender operates in society, and can help unveil just how drenched every human framework is with sexism and stereotypes.

Our experiences allow us to see our communities from different perspectives, and allows us to identify just how different we are treated based on how people perceive gender.

But we’re not utilising that knowledge and insight if we’re busy battling each other.

Cis and trans women should be allies in the struggle against sexism and misogyny — the sooner we realise that, the faster we can work together to deconstruct those ideologies and create a safer world for everyone.