ANNA Doggart knew she’d be obsessed with her son the moment he was born.

But she never expected to spend all night watching him sleep, terrified he would stop breathing. 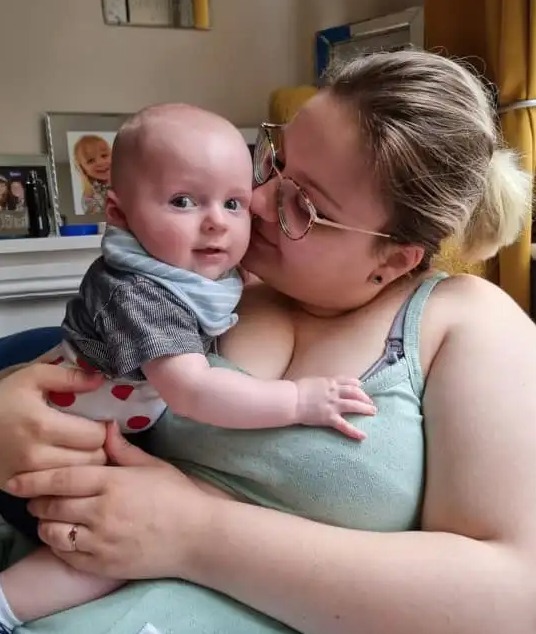 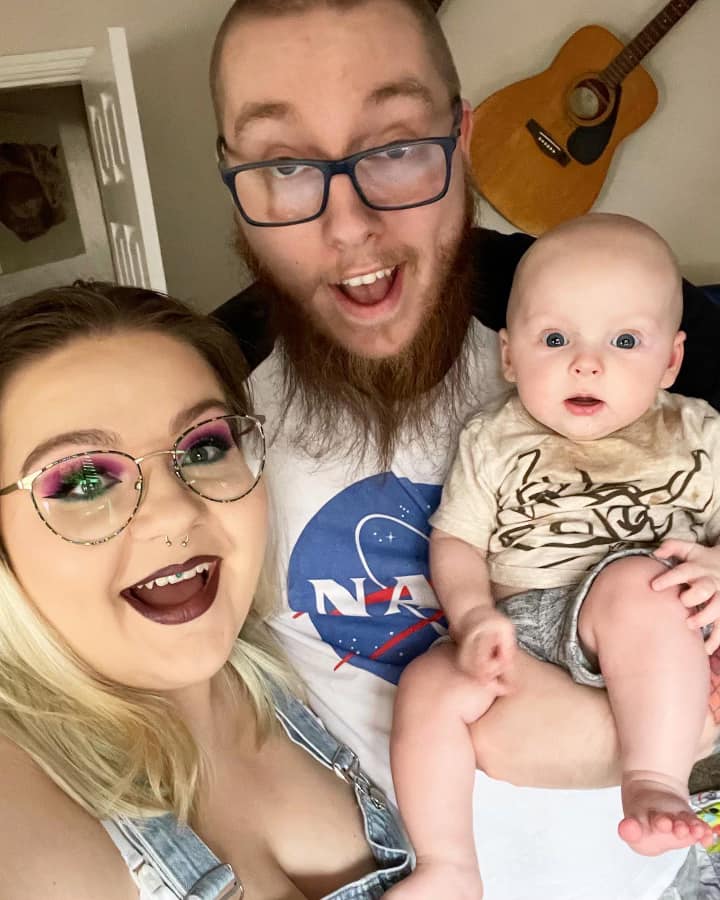 The 25-year-old had Reynard Fox in February 2021, and for the first two months of his life, she would get up every five to 10 minutes to check he was breathing in his cot, sometimes waking him up to check he was alive.

From two weeks old, Anna attached a breathing monitor to Reynard’s nappy which would light up with every one of his breaths.

She only recently stopped using the device, but still relies on a camera she installed in his room at four months old to “stare at him through the night” on the monitor.

Every parent is protective over their newborn, but for Anna, it’s an experience that's been intensified by a diagnosis of PTSD, due to a traumatic birth.

Known as 'birth trauma', it's a condition thought to affect 30,000 new mums every year.

It’s left her with anxiety so severe she has to be with her son round the clock, terrified he will die if she isn’t there.

Anna has been unable to return to her job at a fast-food chain or trust others – including nursery or relatives – to care for her child. 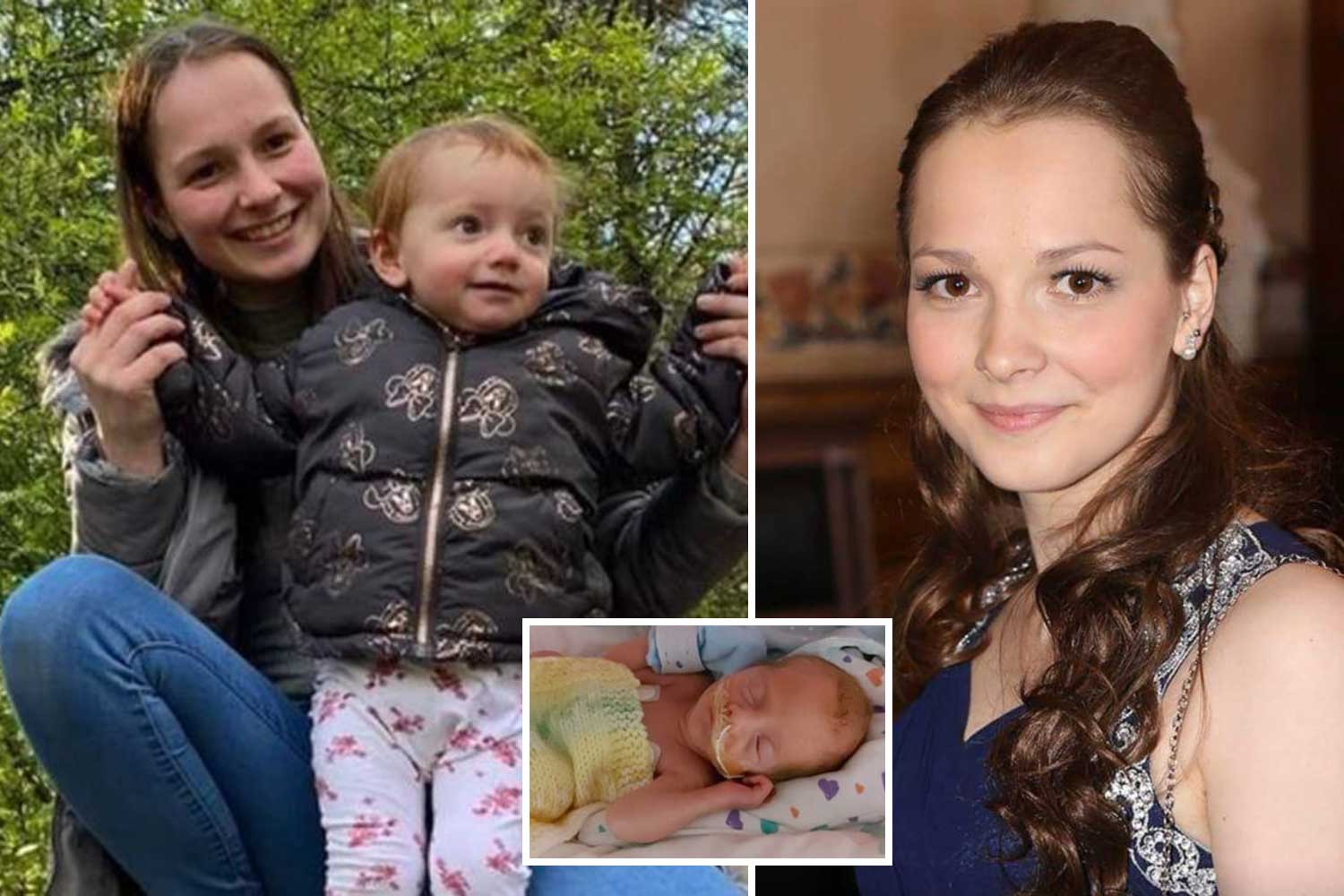 Healthy mum, 24, who died while pregnant 'would've been saved by Covid vaccine' 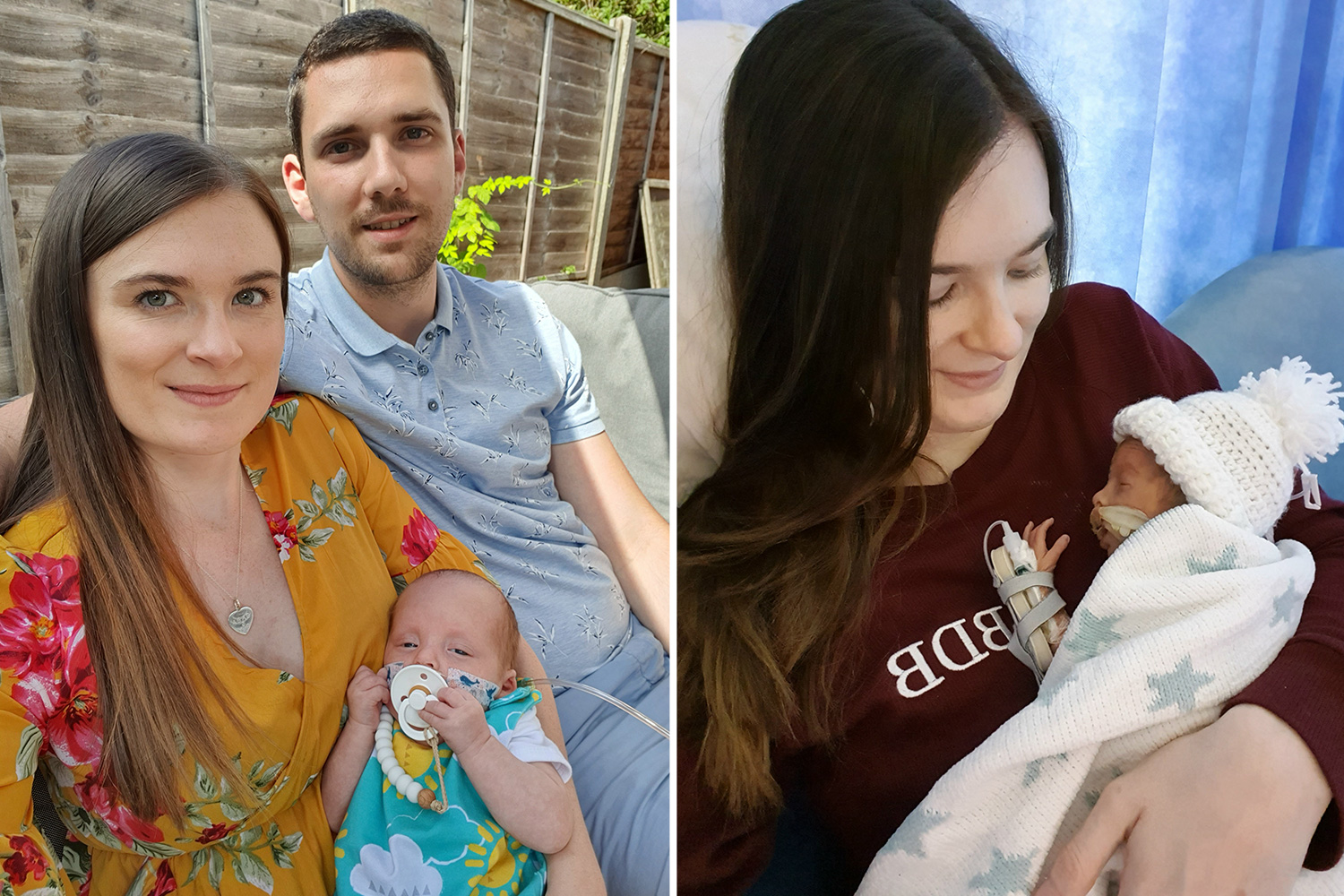 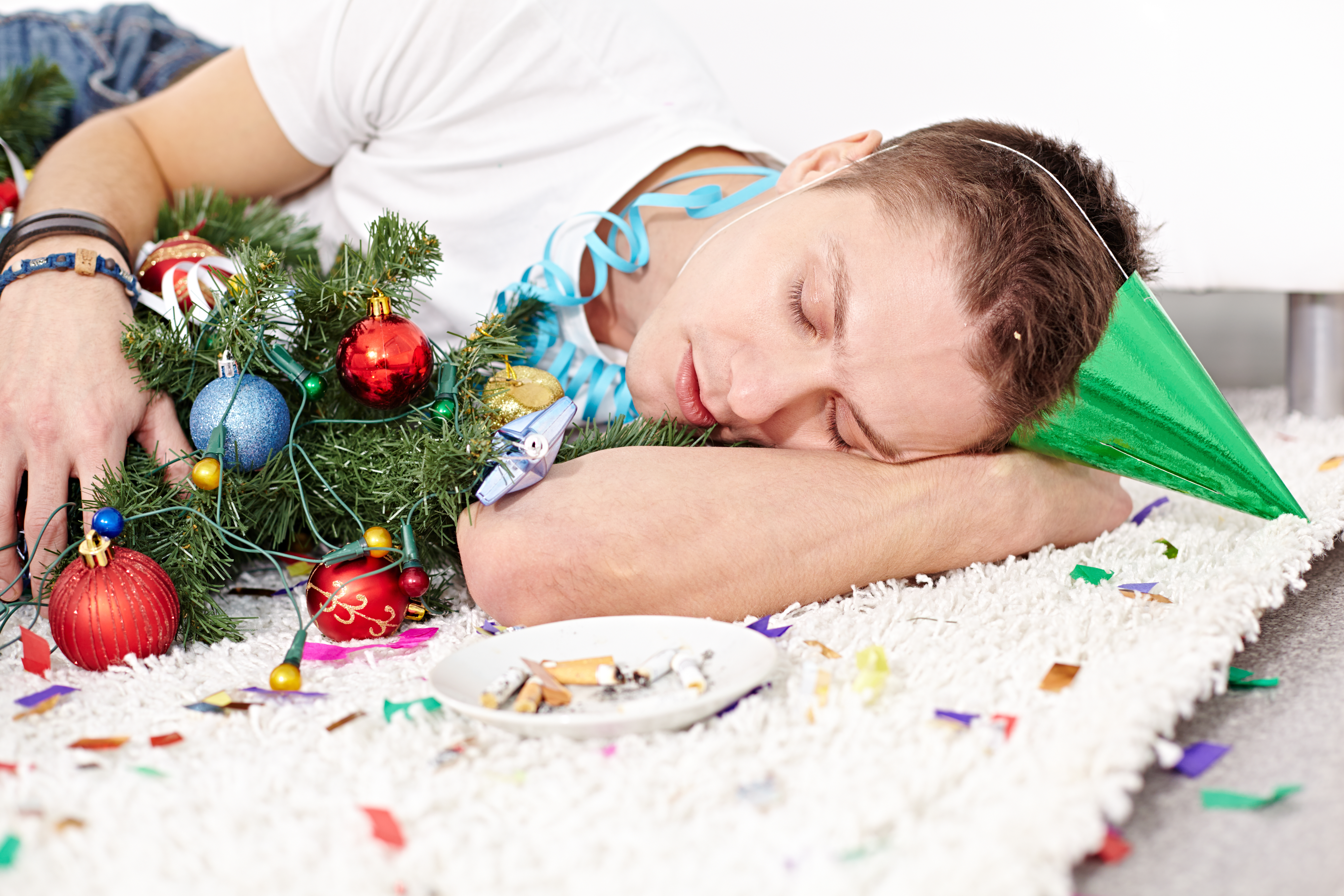 Hangover or Covid? How to tell if you've overindulged or caught Omicron

Anna, who lives in Nottingham, told The Sun: “I'm so worried about my son all the time.

"I've ended up getting this breathing monitor at night because I'm so scared something will happen.

“I've gotten OCD since having him. Everything has to be clean.

"In my mind, I’m worried his bottles aren’t clean and he will get sick and end up in hospital.

“I hate taking him out, so my partner will do the shopping.

"It’s so busy now and now you don't have to social distance.

"I just don't want people to get close to us because I get really anxious and have panic attacks.

“I’m scared that if I take my eyes off the pram, someone will take him.

“I’ve been to mum groups but I just stay away on the other side of the room. I know I look crazy, but I am terrified he'll get sick and die.

“If he gets sick, I'm scared social services will take him away because I'm not a good mother.

"Being without him makes me so scared.

“I’m terrified of him weaning and starting solid foods in case he chokes.”

Anna and her partner Nathan Fox, who have been together for three years, discovered they were expecting in May 2020.

Anna said she was worried throughout her pregnancy because she had previously suffered two miscarriages.

She was induced at 39 weeks because doctors were concerned about the baby's lack of movement.

“I was labouring for 14 hours without pain relief," Anna remembers.

"Eventually I was given diamorphine which relieved my pain a bit.”

After another two hours, doctors admitted Anna had been in labour for too long and they needed to do an emergency C-section to get the baby out fast.

“I was out of it when the doctors came to talk to me, I'd had morphine and hadn’t slept for three nights," she says.

“I don't remember much about what they said, I just signed a piece of paper and got rushed into theatre.”

The first time I went to the shops people were too close for my liking. I had this huge panic attack, picking him up and just running to the car, holding him and crying

Initially the local anaesthetic didn’t work and Anna could feel the C-section incision being made.

She said: “As soon as they cut into me, I was groaning in pain.

"I just remember writhing around and thinking it was so painful. I could feel every cut and tug.”

When docs realised Anna was aware of the pain, before they had opened her womb, they advised she was put under general anaesthetic.

“They insisted, but I didn’t want to. I agreed anyway as I understand it was the best for me and him [Reynard]," says Anna now.

"But I hate that I was put under and my other half was made to leave the room.”

During the C-section Anna lost a pint and a half of blood and suffered collapsed lungs.

It wasn’t for another two to three hours that Anna would meet her son, confused and “not herself” from the pain relief she was on.

She said: “When I woke up I instantly asked where he was, what had happened.

“I just remember shaking violently due to the adrenaline. It was this violent, whole body shake, so they wouldn't let me see him [Reynard] until that stopped.

“I lost that ‘golden hour’ with skin-to-skin contact, with the best bonding time.

"I missed out on that, and everyone says that's the most important time. That was upsetting.

“It was our first child. Everyone told me, ‘Wait until you see the dad’s face when he sees the baby’. But I didn’t, and that gets to me.”

When Anna met her son she says she “instantly adored him”.

But she feared for his life, as she claims medics casually “brushed over” the fact Reynard wasn’t breathing when he was born and needed oxygen.

On top of that, Anna says: “The doctor thought he’d heard a heart murmur but didn’t explain to me what that meant, just that he needed to go to ICU to get it checked out."

Luckily Reynard was considered healthy and able to go home, but the trauma of his birth left his mum on edge.

“I was anxious as soon as I got home," Anna remembers.

“I couldn’t sleep, but when I did I had nightmares about being in surgery, or something happening to him. I jolt awake.

“The first time I went to the shops with him, people were socially distancing, but still too close for my liking.

“I had this huge panic attack, picking him up and just running to the car, holding him and crying.”

Anna – who wasn’t able to see or get support from family for two months due to Covid restrictions – rarely leaves her baby with other people.

She says: “My partner’s parents had him for one day, which was hell for me. I was constantly messaging them and they told me to enjoy my day, but I needed that reassurance.”

Anna continues: “My life is absolutely different to before. When I was in maternity, I’d go to work, meet my friends, go for coffee. But I haven’t seen any of my friends.

“I’m very self aware of my mental health and know it’s not rational thinking.”

When Anna saw her GP for a six-month post-birth check-up, she says she “broke down” and was referred straight away for PTSD treatment.

She is having therapy to get better control over her anxiety, and her nightmares have improved. 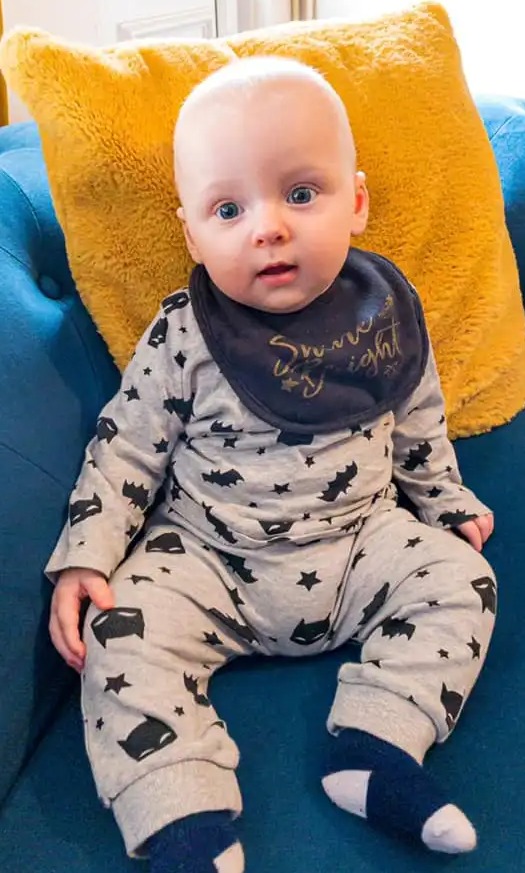