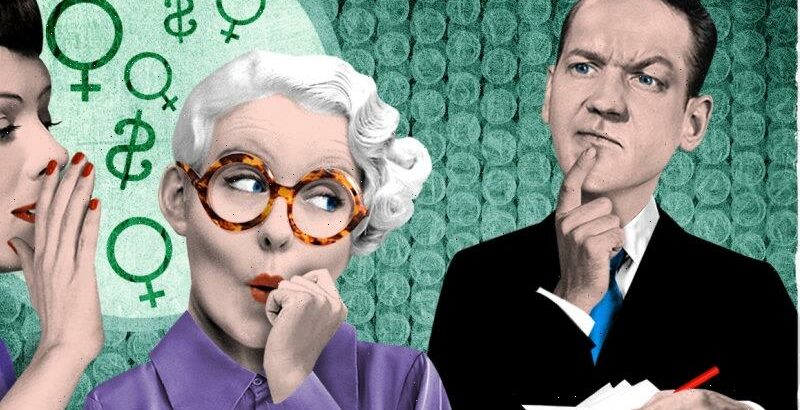 Each week, Dr Kirstin Ferguson tackles questions on the workplace, career and leadership in her advice column “Got a Minute?” This week, a question about the gender pay gap, the difficulties of being a referee for an employee, and figuring out what to do after false allegations.

I am male and have since found out from a colleague that the person who hired me for my new role was instructed when he was recruiting that he could offer a higher salary to a suitably qualified female applicant. This is because the organisation wants more females in management roles and wants to “close the gender pay gap” within the organisation. I feel I have been discriminated against and am suffering financially as a result. Are they entitled to pay me less because of my gender? 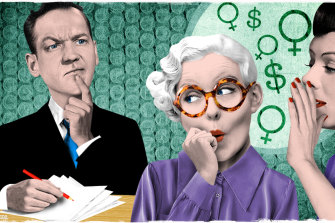 If you hear office gossip saying you could have been paid more, it’s time to get your facts straight.Credit:Dionne Gain

Your employer should be applauded for wanting to ensure there is a gender balance in your workplace but also needs to understand the backlash from situations – such as you describe – can end up making their initiatives counter-productive. For you and for the women (and future women) in your business, it is important there is clarity on the efforts and work being done to ensure equality across the board. There was a great report on this exact issue around the issue of backlash prepared by Chief Executive Women in 2018, which is worth a read.

In your situation, before feeling you have been discriminated against I recommend seeing if you can get the facts first. It sounds like you were told by someone, who was told by someone else, that there was more money available for a female applicant. It is problematic enough that someone is divulging this confidential information but to answer your question, of course no employer is entitled to pay anyone less because of their gender. However, it is clear at your new workplace, there is a gender pay gap and women have been getting paid less than their male colleagues for some time. It is not an ideal situation for anyone that these issues are being handled in this way so I recommend you go to HR and ask to understand your own circumstances more clearly.

How do you inform an employee, if you are their direct line manager, that you may not be the best person to be their referee? At times I am uncomfortable with the new position the person has applied for and know a poor job skill set match may be detrimental to the person’s mental health. I am also wondering if being a referee for a poor performer to get them out of a job may be a thing?

I have been asked before about references and sometimes there is confusion about the type of reference being sought. I am going to be referring to references given verbally to a recruiter or a former employer, not a written reference that outlines the dates of employment and the role that may have been held (for the record, they should always be given).

In terms of the more subjective, verbal reference, the bottom line is if you don’t think you are the best person to be someone’s referee, for whatever reason, tell them that. This is especially the case if you have had to performance manage the person at all. Reinforce to the person any reference you give will always be completely honest, and that way the person can make their own choice about whether listing you as a referee is likely to be a good thing for them, or not. You should never use giving a reference as a way to move a poor-performing employee onto someone else. If giving a reference means you are going to have to be dishonest and stay silent on a really important detail about their employment with you, don’t do it. I do think it is a step too far to refuse to be a referee just because you make an assessment that the future role will not be good for that person’s mental health. You don’t know that a new organisation, a new culture, or even a new boss may be just what they need.

My employer was sent an email from a man I rejected that contained false and malicious allegations. I was immediately stood down and investigated by police who quickly realised the allegations were false. I was still terminated. I took the matter to the Fair Work Commission and my employer agreed to pay the maximum of 26 weeks pay in the mention hearing. I then received a Deed of Release to sign to finalise the matter. However, my employer included several other parties to the Deed, which I have objected to. Do I have to accept their Deed with these third parties or if I don’t, where do I stand legally?

You don’t have to sign anything you don’t want to, including a Deed of Release. You should, however, get legal advice any time you are being asked to sign an important document like this. Your lawyer will also be able to help negotiate the Deed on your behalf – you can explain why you object to the third parties being included and see whether that aspect of the Deed can be amended. Contact the Fair Work Commission to see if you can obtain free legal advice through the Workplace Advice Service.

Signing a Deed of Release will normally mean the final settlement of the matter and brings your existing legal rights after your employment to an end. It sounds like your Deed will include the compensation of 26 weeks pay so it is important what you sign is something you are comfortable with. If you don’t agree to sign the Deed, it sounds like you won’t be in a position to settle this matter so it is important you get legal advice as soon as you can.

Send your questions about work, careers and leadership to [email protected] Your name and any identifying information will not be used. Letters may be edited.

Dr Kirstin Ferguson is a non-executive director, author and regular columnist. She is also an Adjunct Professor at the QUT Business School and former Deputy Chair of the ABC.