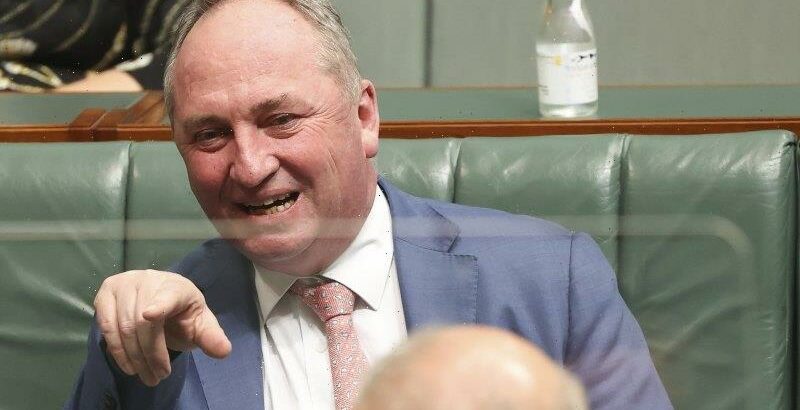 Eleven years ago, as adviser to prime minister Kevin Rudd, I sat in the room with US president Barack Obama, Chinese premier Wen Jiabao, German chancellor Angela Merkel and other world leaders in the dying hours of the United Nations climate conference in Copenhagen.

The Danish hosts had convened the meeting at midnight on the last day of the conference in a desperate attempt to salvage a deal. Leaders hunched in plastic chairs around a rectangle of contiguous small tables. The scene looked more like a crowded primary school classroom than a global summit freighted with the hopes of humanity. 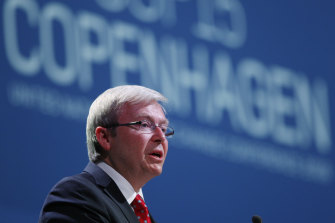 Lost opportunities: Australia’s then prime minister Kevin Rudd delivers his speech at the UN climate summit in Copenhagen in 2009. Credit:AP

Hour after hour, hope drained out of the room. It became clear that the meeting was going to fail for one simple reason: the developing countries were blocking the deal.

At one point a Chinese official thumped the table and shouted: “Rich countries cannot tell people who are struggling to earn enough to eat that they need to reduce their emissions.”

A Latin American negotiator explained what was happening. “For centuries your countries have prospered by exploiting the world’s resources,” he whispered into my ear. “How can I go home from this meeting and tell the slum dwellers they must stay poor to help clean up your mess.”

Watching the failure in Copenhagen taught me an important lesson about climate change. No amount of moral energy from those who are less affected and less vulnerable will motivate those who are most affected and most vulnerable. This lesson is relevant for Australia’s domestic politics. For 10 years since Copenhagen, Australia’s climate debate has foundered for a version of the same reason.

Climate activists from the inner cities promote their impeccable science, their colourful rallies and their passionate rhetoric. But no super-majority of urbanites will ever convince regional workers whose jobs are at risk to heed their righteous commandments.

Most of Australia’s 18 coal-fired power stations are expected to close over the next 15 years, leaving about 10,000 direct workers looking for new jobs.

The futility, if not counter-productivity, of the cities lecturing the regions on climate was emblemised in the disastrous anti-Adani caravan of climate activists led by Bob Brown through North Queesnland which only hardened the scepticism of the coal miners.

So, as I watched the messy compromise this week between the Liberals and Nationals, I had a horrifying reflection. Barnaby Joyce is right. Or at least, the Nationals leader is right about one thing: we need to solve this for the regions first.

At that moment, I wished I had a time machine and could have gone back a decade to influence the course of Australia’s climate debate. Imagine if a comprehensive climate support package for the regions had been offered proactively in 2007 to then deputy Nationals leader Joyce rather than extracted by five-minutes-to-midnight brinkmanship by now Deputy Prime Minister Joyce.

What if we had made the welfare of the affected workers and regional communities our first priority from the start. And rather than fighting about the politics of climate change, imagine we had spent the past 10 years retraining those workers, offering financial assistance, investing in their regional communities and developing new industries to create good jobs for them and their children.

Imagine if all the companies making commitments to transition to clean energy over the past few months had also made companion pledges to support the workers and communities affected by that transition. Imagine if we had framed the clean energy transition as an economic opportunity for the regions from day one and shown genuine empathy for the affected communities.

Over the years many governments have made overtures to the regions and implemented policies to support workers affected by the energy transition. But it was always about minimising their collateral damage, rather than ensuring affected workers were better off and putting them at the heart of the plan.

The great shame is that this was possible. The clean energy opportunity for the regions is real if we choose to capitalise on it. Research released last week showed that many of the jobs in the new clean energy industries are in hydrogen production, renewable energy, batteries, green metals and mineral processing using clean energy are just some of the opportunities that can create tens of thousands of new jobs in Australia’s regions.

There are many visionary ideas being discussed worldwide about to achieve such a “just transition”. These include the ACTU’s proposal to create a new government authority to mastermind our climate transition strategy at a national level. This group could – and should – set smart policies that help us not only survive the coming transition but ensure Australia thrives. Perhaps we could call it ClimateKeeper.

Andrew Charlton is a managing director at Accenture, adjunct professor at Macquarie University and co-director of the e61 Institute for economic research. He was an economic adviser to Labor prime minister Kevin Rudd.