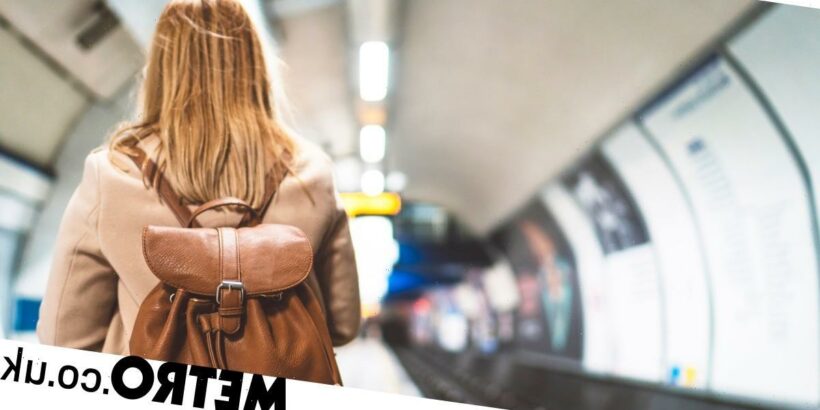 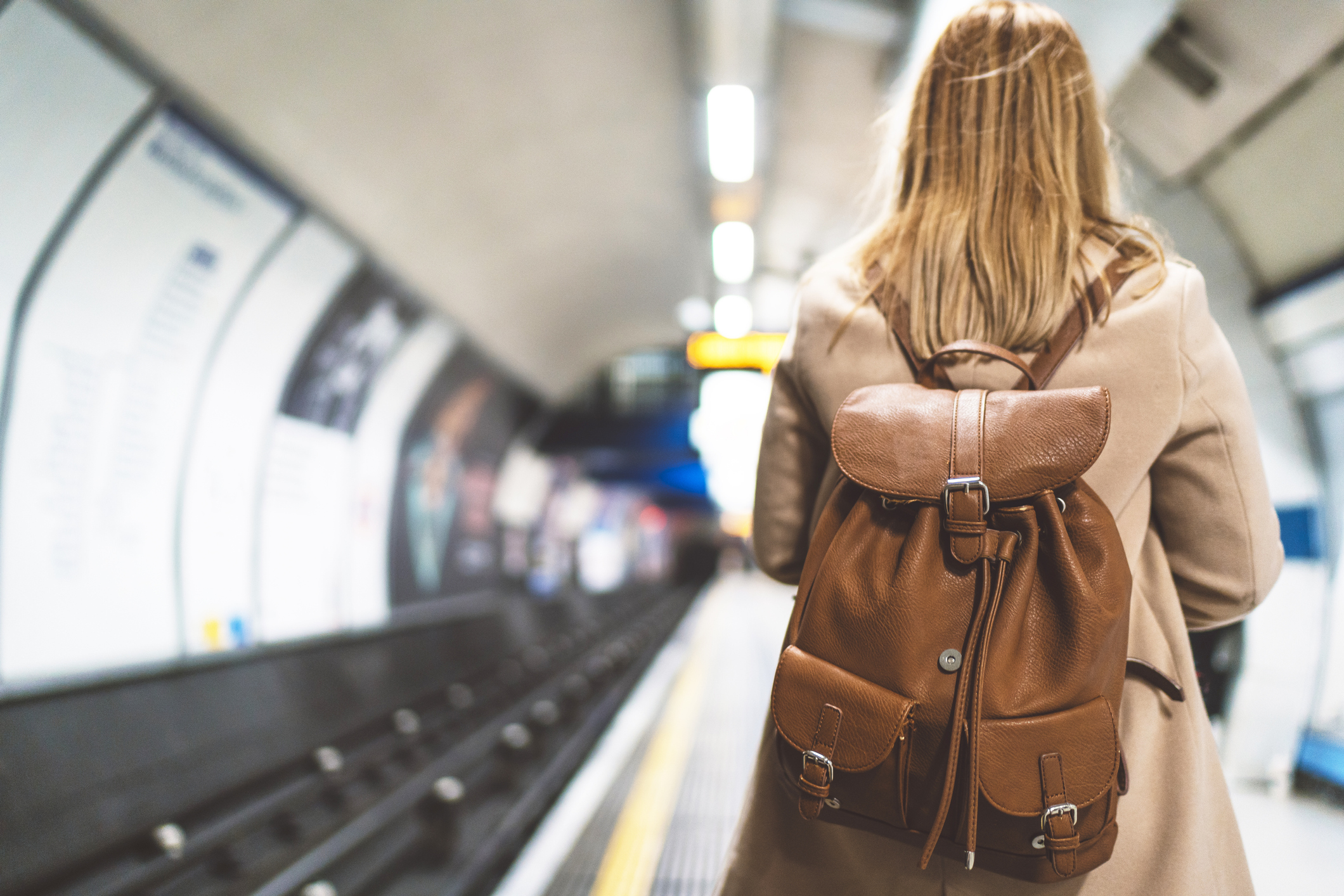 Getting the Tube to a work event around 7pm, I sat down and changed my shoes from flip flops to heels.

But as I chucked my discarded shoes into my bag, I looked up and saw the man sitting opposite me reach over. He started grabbing my ankles and feet.

I immediately felt panicked and was desperately looking around to see if anyone else would step in – they were all averting their eyes pretending it wasn’t happening. I asked him to stop; in response he got out his phone and started taking pictures of me, my feet and my legs.

I felt anxiety rush through me. ‘Stop’, I said – more forcefully this time. He started grabbing me again.

I raised my voice and said, ‘stop touching me, now.’ He continued. I was scared and shocked that this was happening in a carriage that was a third full. Nobody said anything.

As it currently stands, carrying pepper spray is illegal under the Firearms Act 1968, but I believe that if I had been allowed to use it, I could’ve protected myself while I was trapped, providing me with time until the next stop. It would’ve ended there – unfortunately my nightmare continued.

As the train pulled up to Vauxhall, I faced an empty platform. I was sure the man would follow me so I decided not to get off. I was terrified of being left alone with him.

I looked around the carriage to see if any one of the 15 or so people might help. I saw two men and sat opposite them, hoping that might deter him. He soon walked over to me, sat opposite, and tried to grab me again. I shouted at him to stop.

At this point, another man asked if I would like to sit next to him. Thankful for this intervention, I moved, thinking that this would surely stop the harasser. But instead, he got up and sat in the seat that I had vacated, directly opposite me. And started grabbing at me again, and taking more pictures.

This went on for three stops. At Victoria, the guy who had offered to help me, Diego, said that he would leave the train with me – despite the fact that he was actually planning on traveling to South Kensington – so I wasn’t alone, and so we could report it together.

The man followed us off the train and onto the escalator, but by the time we reached the top, he had disappeared.

Diego went with me to report the incident to two TfL guards. He explained what he had witnessed, gave them a description of the guy and told them that he was worried the man was getting back on another Tube to do the same thing again.

By this point, I was really shaken up. I was crying, and I felt terrified that the person who assaulted me was still following me, and that he would appear again – especially once I was left on my own.

I looked to the TfL guards for help, but all they did was hand me a leaflet, saying all the instructions were on there if I wanted to report it.

At no point did they ask if I wanted to come to a private room, or even a quieter corner to sit down. They took no notes, they just looked at me. I felt embarrassed.

Maybe the TfL guards I spoke to didn’t have much training and possibly didn’t know what to do. But at the very least they should have called stations on either side and warned them to keep an eye out for the man to help ensure he didn’t target another woman.

Diego offered to pay for me to travel to my work event in a black cab, however, all I asked was that he waited for my Uber to arrive and ensure I got in it safely.

Looking back now, I feel angry because there was nothing that was available to me to protect myself in that situation. I felt completely helpless.

It took me six days to report this to the British Transport Police. I was scared they were going to say, ‘you shouldn’t have been wearing pink heels,’ ‘why didn’t you scream?’,  ‘why did you stay on the train?’

But, as anyone else who has been in a situation like this will know, in the moment, you freeze.

This year has been horrible for women. When Sarah Everard was murdered, I used my platform to petition for women in the UK to be allowed to carry pepper spray.

The ‘Make it legal to carry non lethal self defence weapons’ petition received 35,617 signatures and went to Parliament, where it was discussed and rejected. The response from the government was that ‘in the wrong hands, items such as pepper sprays can be dangerous and cause serious injury.’

The response went on to state that ‘such items, if widely available to everybody, could be used to incapacitate people in order to carry out criminal acts’. But it didn’t offer any solutions.

The fact is that, since the pandemic sexual harassment on public transport has increased by 63%. What is being done?

I think if pepper spray was to become legalised in the UK, crimes like this would dramatically drop

When I discussed what had happened to me on Instagram – explaining that I felt completely trapped and defenseless – I had women reaching out to explain they have been using alternatives.

They suggested things like rape alarms (what good does that do in that situation? Most people were ignoring what was going on even when I raised my voice), criminal defence spray (this can only help to identify a criminal after the fact, but it doesn’t stop the harassment and it doesn’t protect women), and keyring weapons (but this involves having to make the decision to get physical with an attacker, which isn’t safe).

Women have also reported having to carry things like hairspray and Deep Heat to defend themselves. Having to take these measures ourselves feels like a complete joke.

I think if pepper spray was to become legalised in the UK, crimes like this would dramatically drop – it might make a man who was about to assault a woman think twice, and act as a deterrent. I don’t believe there is another way – especially when there are other people there who aren’t helping you. It also gives you time to get away, while they are visually impaired.

The British Transport Police have found still images of the man who harassed me and are sharing them around Tube stations to try to identify him. But he could assault many more women in the meantime.

I haven’t got the Tube since – what I’ve realised is that it doesn’t matter if it’s 1pm or 1am, this can still happen to you. I have a car and I could have driven but it would have cost me around £45 in congestion, ULEZ and parking fees or an Uber there and back, which are limited and prices are high – all just to get to work safely.

I’ve had enough. Something needs to change. It seems to me women’s safety hasn’t been a priority for a long time – Sadiq Khan needs to act now.

Since this happened, I have had thousands of comments from women telling me their sexual harassment stories. When it does happen, I want women to know where to turn to. And when they do seek help, I want there to be a step by step process to handle the situation.

There also needs to be more education for men who are witnessing this. I understand they are putting themselves at risk if they intervene but there needs to be a focus on educating men to safety offer help to a woman being harassed. I was in a busy carriage and all but one person ignored what was happening.

I have spoken with TfL, who have said they are creating a course on how to train members of staff in how to deal with women who have been harassed or assaulted on the Tube.

We’ve been conditioned to keep it to ourselves and it’s so important for me to use my platform and my voice to make change.