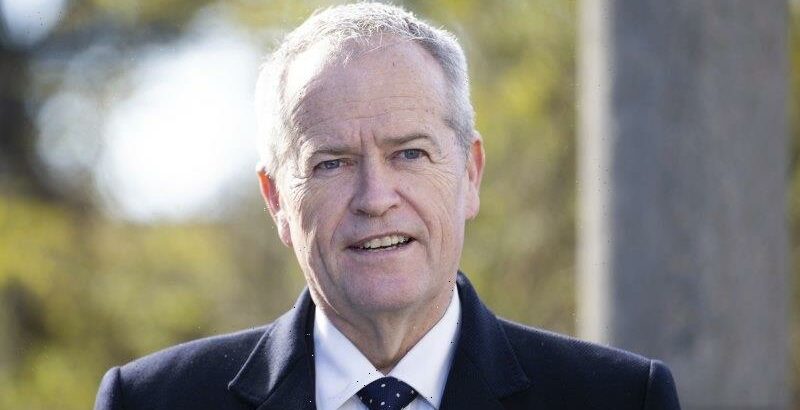 Government Services Minister Bill Shorten has defended reversing a trial of consent forms that used gender-neutral language, saying he was trying to shut down an ugly culture war erupting over the issue.

A new form being trialled in three hospitals, with the aim of reducing paperwork for new parents, asked parents adding their newborns to their Medicare cards to provide their full name as the child’s “birthing parent”. 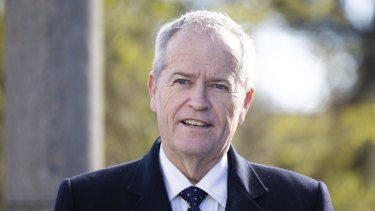 Shorten, who is the minister responsible for Services Australia, last week ordered those forms be replaced with the previous ones that are consistent with existing Medicare forms that ask parents to identify themselves as either the child’s “birth mother” or “biological father” or “other” and provides a space for their preferred term.

Critics of the move have accused him of caving into pressure because the issue was first aired by Sall Grover, a new mother and founder of the female-only social networking app Giggle, which is consistently critical of trans language and what she describes as “gender ideology”.

She said she had been raising these issues for three years “into the void” and was impressed by Shorten’s swift move to shut down the trial.

Grover raised the issue after she gave birth at the Gold Coast Hospital last Saturday. 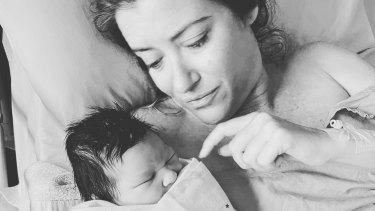 Sall Grover and daughter Isabelle one hour after giving birth at the Gold Coast Hospital.

When it came time to fill in the form to add her daughter Isabelle to her Medicare card, she was given the new trial form, which classified her relationship to Isabelle as “birthing parent,” instead of mother.

“If it had just said parent I would not have flinched – that’s the gender-neutral language,” she said.

“If you want to call yourself a ‘birthing parent’ knock yourself out, I only have a problem if you’re forcing me to too,” she said. 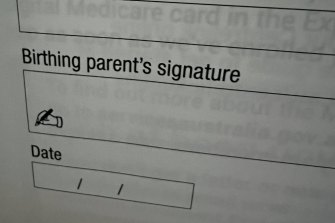 A photograph of the birthing parent form given to new mother Sall Grover at Gold Coast Hospital under a now-aborted gender-neutral language trial.Credit:Sall Grover

Shorten told The Sydney Morning Herald and The Age he’d prefer the issue had never started but that it was the right thing to do to stop it from exploding and being exploited by those who wanted to turn it into a divisive culture war.

“I’m sure my instinct to defuse ugly culture wars is right,” he said.

There are many people who feel the word mother is special and worthy and there are others who feel their identity is not included – each has a legitimate point of view,” he said.

“We just need to be better at not having to have one view at the expense of the other.”

“However you come to motherhood – it’s precious. It’s not a label, it is imbued with meaning … and for people who choose to identify in other ways they should have that option too,” he said.

“Cancelling one doesn’t help the cause of diversity and tolerance.”

Shorten said the terms mother and father were also important for migrant families who are unfamiliar with gender-neutral language.

Services Australia, the agency responsible for the forms, said they were introduced in March and had been used by about 1100 parents to consent to participate in the Birth of Child pilot, which was trialling a digital process for parents to register their newborns with Medicare.

Services Australia general manager Hank Jongen told The Daily Telegraph the language had been “tested before being trialled” and the agency had received “positive” feedback. Services Australia refused to provide an on-the-record statement when approached after Shorten’s intervention.

Grover and Shorten did not communicate at any time and Shorten said he was responding to what he thought was a reasonable request from a mother to have an option where mothers can describe themselves as such.

“As leaders we have a duty to do the right thing despite the culture warrior tabloids,” he said.

“‘Birthing parent’ includes LGBTQ+ people, it does not exclude anyone. I strongly encourage Bill Shorten to consult widely and reconsider this intervention,” he said.

Shorten asked Bandt to explain what he didn’t like about the status quo of the three options: birth mother, biological father, or other, followed by self-identification.

Ghassan Kassisieh, Legal Policy Director at Equality Australia, said the existing Medicare form Shorten reverted to “seeks to be inclusive of all parents, regardless of their gender, but also creates problems for other types of parents, including those who have created a family with the assistance of donors or surrogacy”.

“In future government efforts to make it easier to enrol a new baby for Medicare and other services, we encourage them to consult with diverse parents and families to ensure the language respects how different people refer to themselves, whether that is as mothers, fathers or parents,” he said.

“Governments must ensure services and programs respond to the needs of all families and parents, including mothers … and other transgender and gender-diverse parents.”