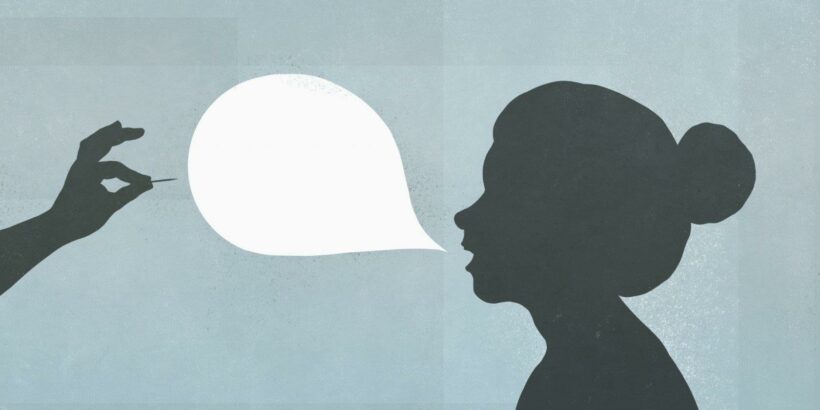 Is never being asked questions about yourself 2021’s worst dating trend?

In a viral tweet that captured the internet’s attention this week, journalist Helen Coffey asked: “Fellow journalists: have you ever been on a mediocre date that the other person thought was amazing because “the conversation really flowed” – and you’re like, yeah babe, that’s because I inadvertently slipped into work mode and kept up a constant stream of insightful questions??”

Thousands of people of all professions responded with their own tales of being talked to by dates who were too cocky or brash to let them get a word in edgeways. It painted a sad picture of dating in 2021.

“I’m not a journalist, but if a date conversation is one-sided, I do set myself the challenge to see how many questions I can ask in a row without being asked anything about myself. The record is 107,” read one shocking reply.

“I have been on entire dates where the only question a guy has asked was, ‘Are you Emily?’,” revealed another.

But is this really the kind of selfish behaviour women are having to put up in the pursuit of romance? Stylist spoke to two women about the most conversation-starved dates they’ve been on.

Brace yourself for the horrors that lie ahead.

“No matter the topic, the conversation revolved around him”

“I once went on a date with a man who was the definition of self-absorbed,” Laura, 29, from London tells Stylist.

“We met on a dating app and had arranged to go out for dinner. He wasextremely confident and chatty, which is usually a great thing, especially to help calm those first date nerves. After about five minutes, however, I realised that he had actually not asked me a single question about myself.

“No matter the topic, the conversation revolved around him – even when I tried to interrupt and give my own perspective, he turned it straight back around to him. The constant interruptions made me feel so irritated, and quite frankly a little bored. There is only so much one way conversation that can be had.”

“The final straw was when he insisted on ordering food for me and asked the waiter for a steak, which was a total shock to me as I’d mentioned multiple times that I was a vegetarian. Part of me was so irritated that I wanted to get up and leave straight away, but instead I sat and ate my food while listening to him continue to talk about himself until we had finished our main course.

“He clearly wasn’t very good at reading the room and invited me back to his after. It’s safe to say I politely declined and never saw him again.”

When dating, conversation can feel like a one-way street

“He wasn’t interested in getting to know me at all”

“I went on a date in the summer while dealing with quite bad anxiety, so I was worried that I wouldn’t be able to keep a good conversation up,” says Esme, 25, from Nottingham.

“I tried hard to make sure that I was attentive with questions to get to know my date, but found that he hardly asked any back. He just didn’t seem like he wanted to date me, just talk about himself.”

“There was quite a lot of silence in the conversation, which at the time I wasn’t bothered by as I thought it meant we were comfortable enough in each other’s presence. Now, I realise he just wasn’t interested in getting to know me at all and was only there to look at himself through my reflection.

“When men are bad at asking questions over text I always try to give them the benefit of the doubt that they ‘won’t be like that in real life’. But now I’ve taken on the belief that a lot of men just use the conversation to centre themselves and prove to you that they’re great.”