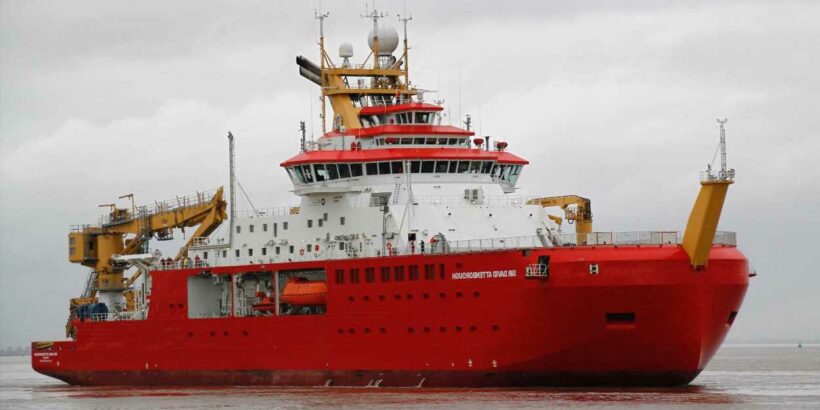 THE iconic Boaty McBoaty, the UK’s new £200m polar vessel, has returned to its shipyard with serious technical faults. 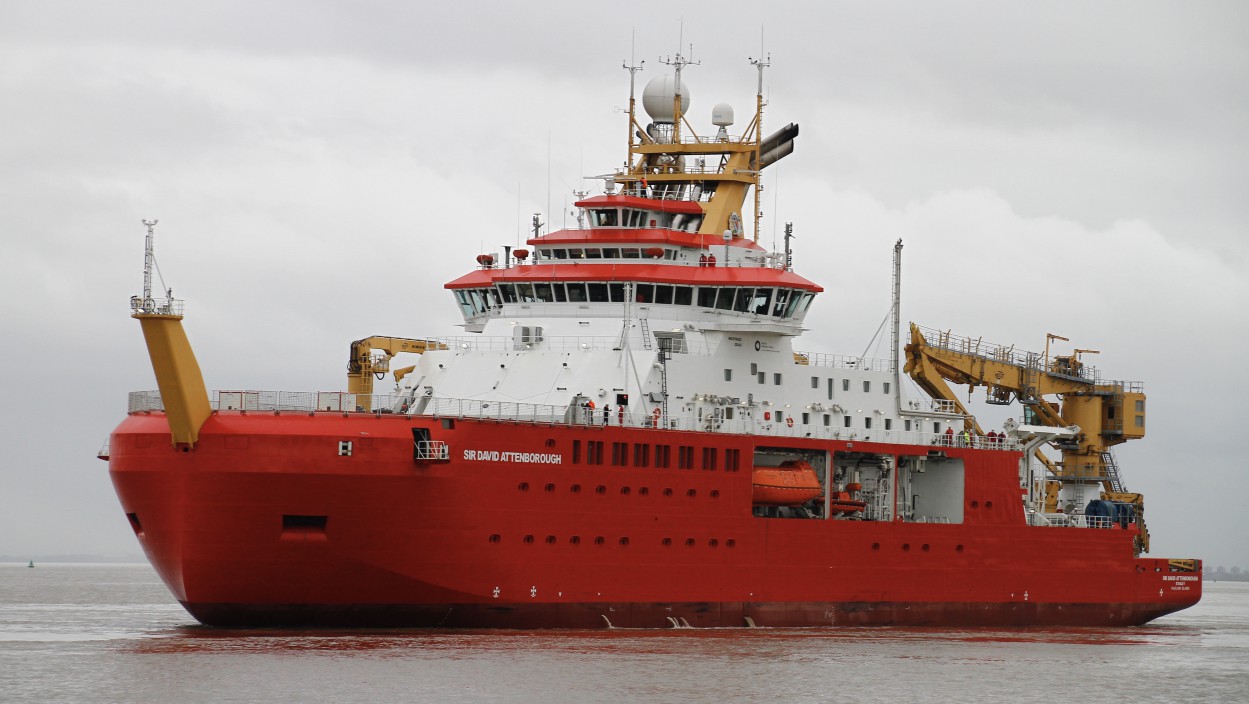 It has been steered back to the Cammell Laird base in Liverpool for comprehensive checks.

The vessel wasn't due back in the UK for months and more engineers have been called in through the specialist employment agency Ambitek.

Bosses now have a race against time to get the ship seaworthy ahead of its maiden voyage to Antarctica later this year.

Their battle is just the latest issue to have temporarily sunk the vessel.

Last October, The Sun told how 'Boaty' was unable to set sail due to bad weather – despite being built to deploy in both Antarctica and the Arctic, spending up to 60 days in sea-ice at any one time.

An update at the time said: “Due to bad weather, today’s departure has been postponed so SirDavidAttenborough will be with us until further notice.” 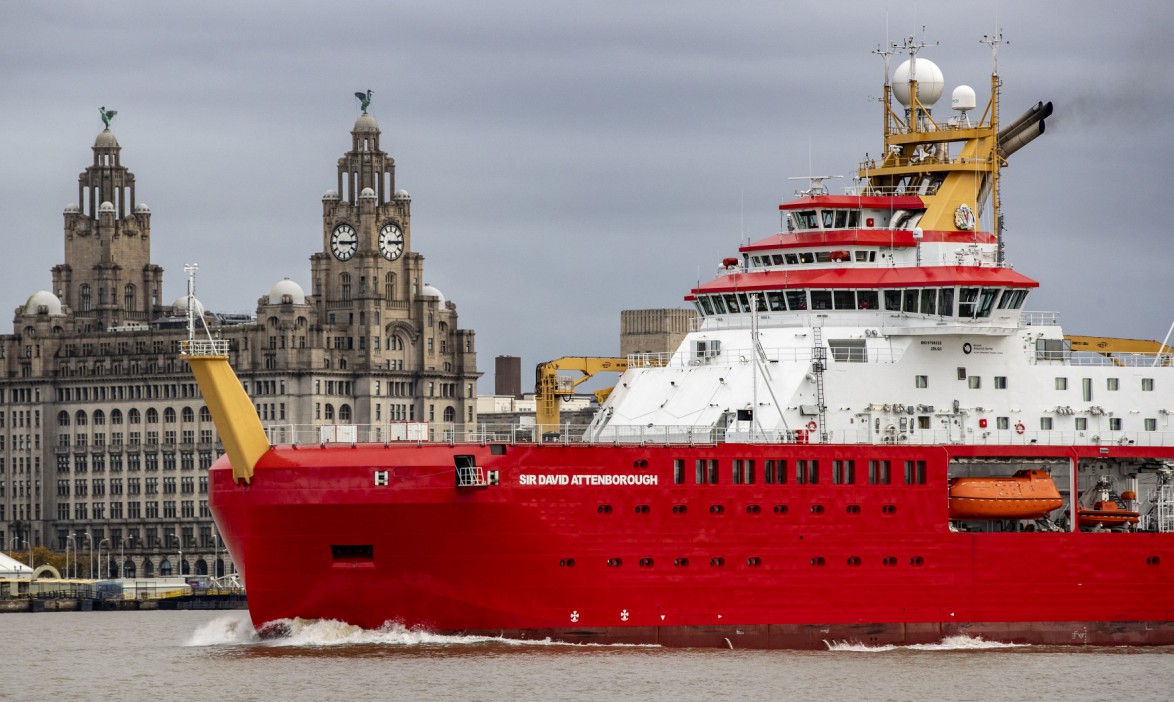 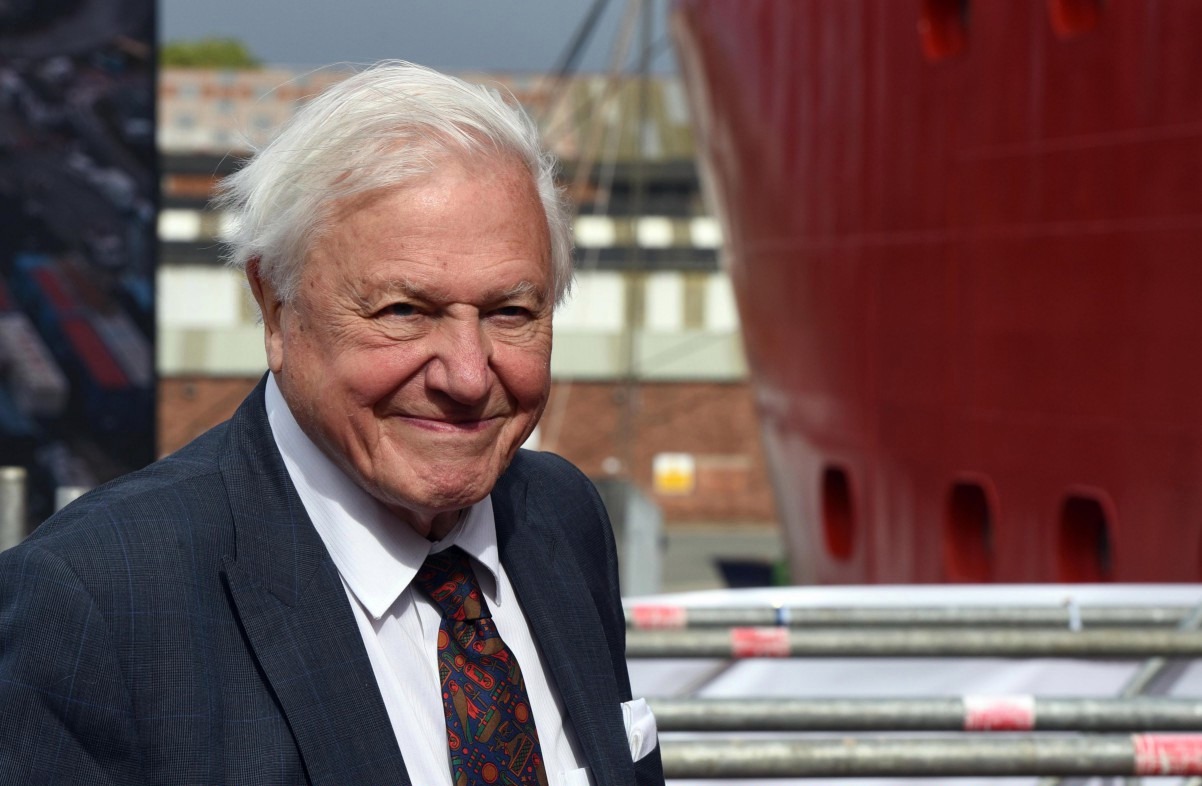 The Sun also told how fears over the long delays to the vessel, and spiralling costs, were raised by senior shipbuilding staff.

The keel was laid down in 2016 to originally be delivered two years on. Later official reports had the handover to be completed in 2019.

One senior shipbuilder was suspended after citing the largely Romanian staff for issues which have beset the vessel.

The use of cheaper Romanian builders – on £9 an hour instead of local staff on £14 an hour – on RSS Sir David Attenborough was contentious throughout. Insiders blamed the “lack of knowledge and experience” on the project.

In 2017, The Sun revealed how Britain’s new research ship was being built by foreign labourers paid £5 an hour less than UK workers.

Romanian and Polish men were bussed in each day to work on the RSS Sir David Attenborough at the Cammell Laird shipyard in Merseyside – about 80% of the total workforce.

In 2015, the government told how construction of the RSS Sir David Attenborough would support jobs and apprenticeships.

The vessel is named RRS Attenborough despite Boaty McBoatface topping a 2016 poll. One of the ship’s remotely operated sub-sea vehicles will be named Boaty in recognition of the vote. 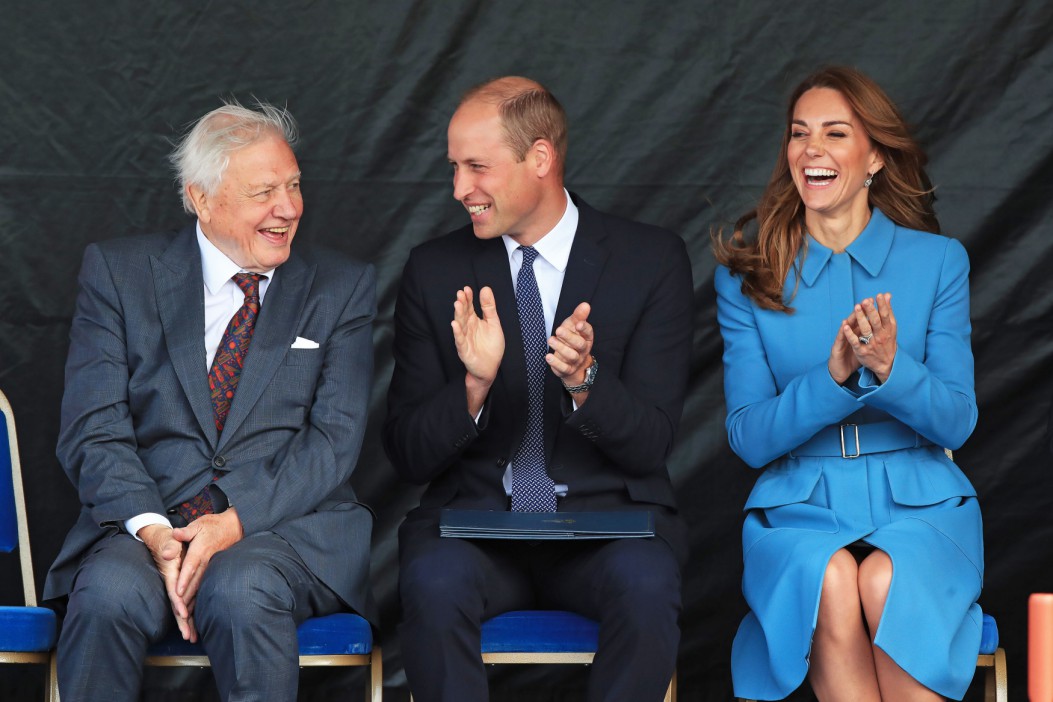 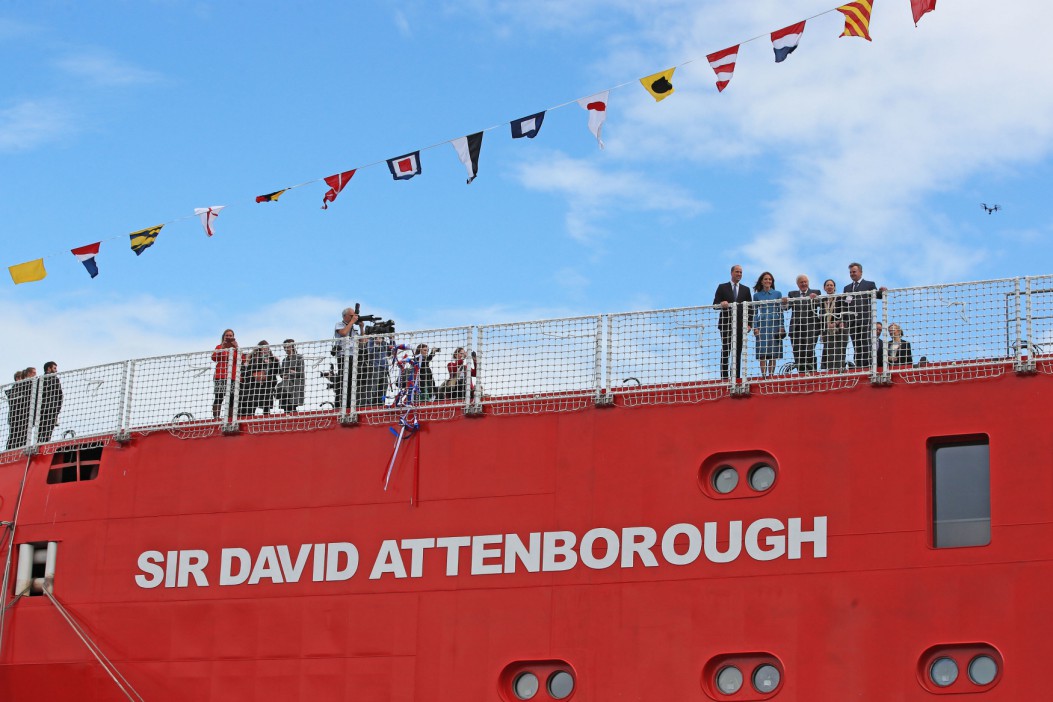 The RRS Attenborough is Britain’s biggest shipbuilding project in 30 years. Commissioned by the National Environment Research Council, the vessel is a Rolls-Royce design and will be operated by British Antarctic Survey when it eventually enters service – around two years behind schedule.

The 128 metres long ship – stretching further than five tennis courts – will enable scientists and technicians to stay at sea for longer and study the polar environments during the winter months.

It weighs 15,000 gross tonnes – one and a half times the weight of the Eiffel Tower. The vessel will have 30 crew and 60 scientists and support crew onboard.

A spokesperson said: “The state-of-the-art vessel has been undergoing sea trials since early February to test manoeuvring, anchoring and engineering systems; and to enable the crew to undertake extensive training in preparation for the maiden voyage to Antarctica later this year.

“The purpose of the trials is to identify and fix technical issues.

“It is a complex build, with thousands of components to test.

“During a lifeboat drill the deployment mechanism malfunctioned.

“The decision was taken to adjust the trials programme so that the lifeboat and other technical issues identified during trials can be fixed.

“There is currently no delay to the overall trials programme. Scientific equipment that was due to be installed in Norway will now be carried out at Cammell Laird.

“The vessel is expected to be in the shipyard until July. We are grateful to Cammell Laird for their ongoing support and flexibility and pleased to be back in Merseyside.” 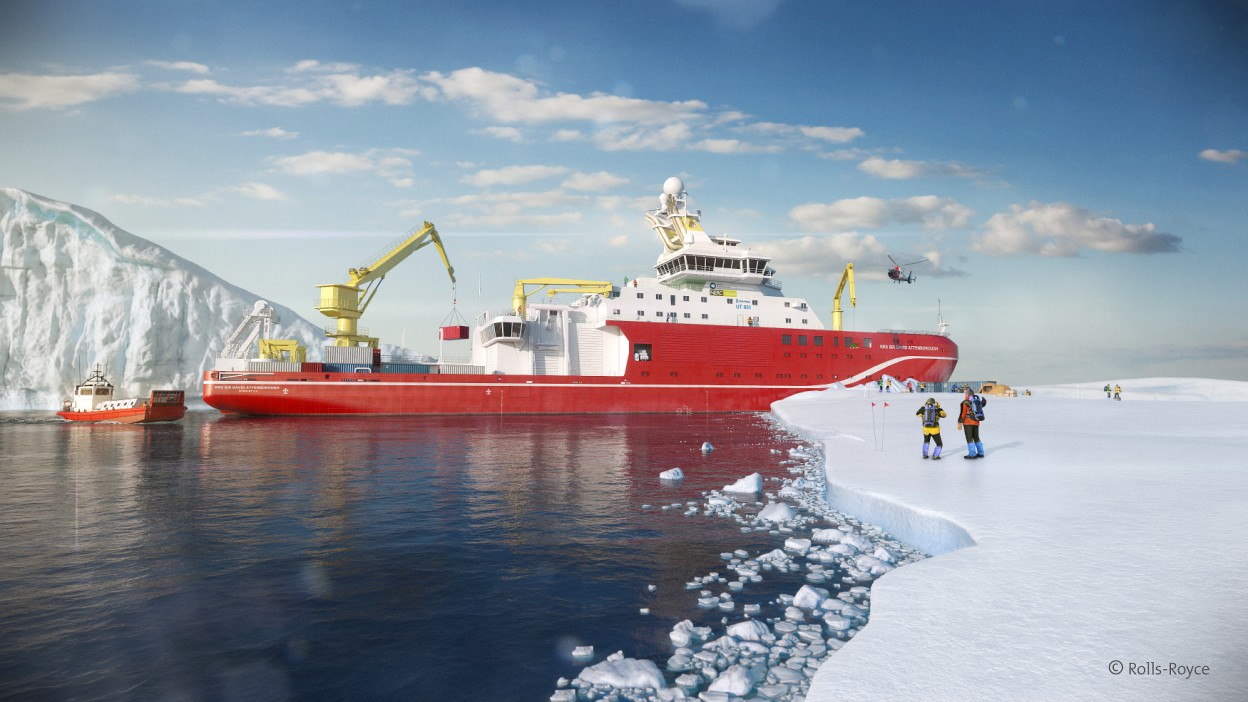