When I was six, just as I was learning to read, I asked my mom what "alien" meant. I was confused, because here was this word in all the paperwork that always seemed to trouble her, and there were no pictures of little green men in outer space attached to it.

It means us, my mom said. We’re not from this country, so we’re aliens here.

When I was nine, my fourth grade teacher went around the room asking each student where they’d been born. I was living in Gainesville, Florida at the time, so as each student called out their birthplace — a few Gainesvilles, Jacksonvilles, Atlantas, mixed with nearby smaller towns like Titusville and Arcadia — Mrs. R placed a pin on its location on the map.

Mrs. R stood stunned, holding her pin between two fingers. She had no place for me; the map she had pulled was of the United States. She waved her hand in a general, southern direction, until finally she pushed the pin into the map’s thin white border. “Oh. Well, we’ll just write it in right here.”

I do not remember a time in my life when I was not aware of being marginalized as an immigrant. I may not have known those words exactly, but their meaning has always been felt. So it’s a strange thing to be told at 33 — when I’ve written a book about what it means to migrate and try to settle into a new life and lose parts of yourself in between — that my book is so relevant right now. That it sounds topical or timely, as if I must’ve jumped at this opportunity, this moment when my community is being vilified and targeted and sent away in droves by an administration that got elected on the racist notion that Mexicans are rapists and bad hombres. There’s also the well-intentioned but equally upsetting reaction from white people who say my book is sure to do well because immigration is so important right now.

Really? I say. It has always been important to me.

I grew up knowing this country, though it was the only one I knew as home, was a place me and my family needed permission to remain in. As much as I’m sure they tried to shield me from it, I saw the anxiety and uncertainty in my parent’s faces as our papers slowly made their way through the system. I felt their fear years before I would understand what it meant.

It’s a complicated part of my identity to carry. There’s pride in my roots and culture, of course, but also a progressive awareness of how they have often been weaponized against me, in big and small ways, to push me out. To make me seem “other.” To remind me I don’t belong. To accept me under certain circumstances, only if I meet a set of fickle conditions.

Immigrants and people of color have always known this, of course. But we are in a time of crisis now, and Trump, along with all the ways he threatens the rights and lives of marginalized people, brings a dangerous sense of novelty to our experiences. Those who have never had to fear racism find themselves shocked that we live in a time when KKK are marching the streets again. Those who had no idea their daughter’s second-grade teacher is a DREAMER don’t want “hard-working, good people” deported.

The idea that our struggles are relevant only now that our worst fears have come to fruition underscores the biggest blindspot of the white gaze. Our existence, our voices our struggles our beauty our pain, are real whether or not white people see our humanity. We are not that proverbial tree falling in the woods, made true only by their perception of us. Framed by this narrow point of view, we are seen but also suddenly discovered, which is a dangerous way to be perceived. It is a minefield of good intentions that result in more harm. When you think you have discovered something, you feel entitled to control it.

In publishing, we see this play out in a number of ways. Marginalized writers are told by white editors, we need your stories now more than ever, as if we have not always needed them urgently. We are told our experiences are timely, exotic, and trendy. We are told our stories are not authentic if our characters do not suffer, as if the only way to prove that we are human is to bleed.

We are erased by well-meaning saviors, by white writers who tell our stories saying they are doing it to give voice to the voiceless, or that they cannot believe that nobody is writing about us. We are called voiceless and nobodies if we write outside of their peripheral vision. We are called niche if we write narratives that center our communities. We are asked to translate words that “audiences” might not understand, this word so often a default urging us to always consider a white reader that is only now beginning to consider us. We are told our work is unrelatable if it is not in service of stereotypical narratives. We are told we are writing about important issues when we are writing about our life experiences. We are told, we are told, we are told, when what we need most is for people to listen. 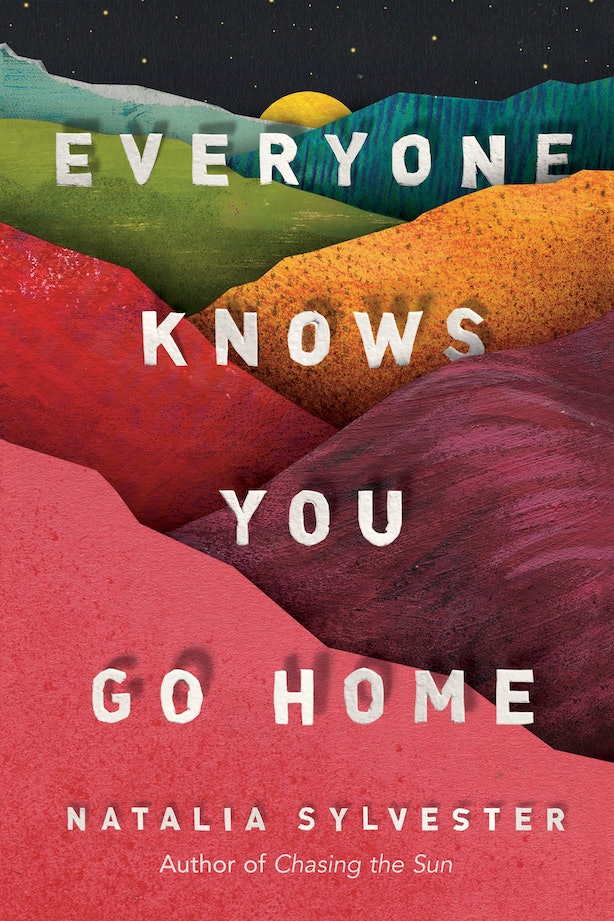 Everyone Knows You Go Home by Natalia Sylvester, $11.31, Amazon

I believe change is being made, but it’s a slow process, and one that is reactionary when it should have been preventative. Recently someone casually implied I’d written a novel about immigration in response to our current administration. I began writing it years ago; I finished it before Trump announced he was running for president. Perhaps if more marginalized people were being amplified decades ago, we wouldn’t be here now. Perhaps if the quiet hierarchy of voices that assumes a “wide, mainstream audience” is a white audience were being chipped away earlier, we wouldn’t be facing a reemergence of white supremacists.

We have no choice but to do that work now, and to challenge the white gaze at every turn: when someone in the industry says a book is relevant now, who are they really saying it’s relevant to? Who is it being edited for? Who is it being marketing to? There is a significant difference between who a book is written for and what its reach is, but the distinction is rarely made. How I long to live in a world where more editors consider the needs of a young immigrant brown girl the same way they protect that of their white readers. Maybe then they would learn from us instead of about us. Maybe then our humanity would be allowed to speak for itself: our own stories, on our own terms, as necessary now as always.