At 44, she had the perfect life. Then, one day, she couldn’t get out of bed — one of the increasing number of career women suffering a devastating burn out

By 1989, Dina Glouberman was 44, married with two children, living in London and had the sort of career she had always dreamed of as a child. She had a PhD and was a lecturer and a psychotherapist.

Dina had written her first book and founded a holiday centre with her husband on the Greek island of Skyros, which attracted such luminaries as Margaret Drabble, Hilary Mantel and Sue Townsend. Dina had come a long way from the ‘nebbish’ kid with a stammer.

And then the pain started, like ‘workmen drilling in my head’. When she glanced at the television she had the sensation people were moving very slowly. The next day she couldn’t write an email or make a business call. Whenever she tried, her mind ground to a halt. She buckled under the exhaustion and, though in no way an invalid, had to stay in bed for hours on end. It took seven years to recover.

The term ‘burn out’ was almost unknown then. She called it a ‘health breakdown’. Her epiphany came more than ten years later when a friend mentioned the phrase. ‘I thought, that’s it. That’s what happened to me!’ 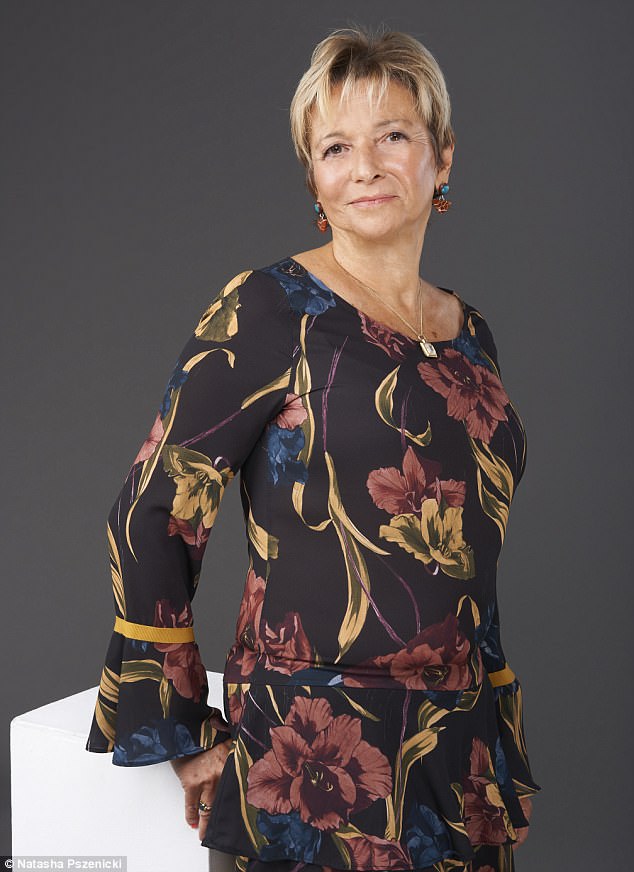 Lecturer and a psychotherapist Dina Glouberman, 72, (pictured) shared her experience of suffering from burn out at age 44 whilst living in London with her then husband and their two children in 1989

Burn out can come along with depression, cynicism, emotional deadness and a deep exhaustion that isn’t alleviated by sleep.

‘But it is not a psychotic state,’ she says. ‘After being wholehearted, your heart has gone out of what you’re doing for some reason and yet you keep driving on, divided against yourself, until you burn out. It’s like driving a car with the accelerator and the brake on at the same time.

‘It’s not that you’re crazy or that you don’t know what’s real or unreal,’ she continues. ‘It’s that you really can’t do all the things you associate with being you. People who burn out are often high energy, high givers, high achievers, and all of a sudden they can’t do anything.’

Nowadays, burn out is everywhere. In 2016-17, 12.5 million working days were lost to work-related stress, depression or anxiety in the UK, according to the Health and Safety Executive.

An ‘epidemic of stress’ is blamed for 3,750 teachers on long-term sick leave, say teaching unions. And a new scheme from NHS England offering support for burn out, and other mental health issues, fielded calls from nearly 1,200 GPs in its first year.

The real numbers are likely to be higher, says Dina, who wrote The Joy Of Burnout in 2002, before her current book Into The Woods And Out Again: A Memoir Of Love, Madness And Transformation.

‘We don’t have a medical category called burn out,’ she explains. Your doctor might diagnose depression or chronic fatigue. ‘They see the symptoms, not the cause.’ Dina’s doctor prescribed a holiday. Her homeopath said: ‘My dear, your heart is tired.’

I ask why Dina thinks so many of us are suffering from burn out today. ‘We have more choices now. If you’re not happy, it’s your fault because you made the wrong choice. In some ways life with less choice protected us.’ 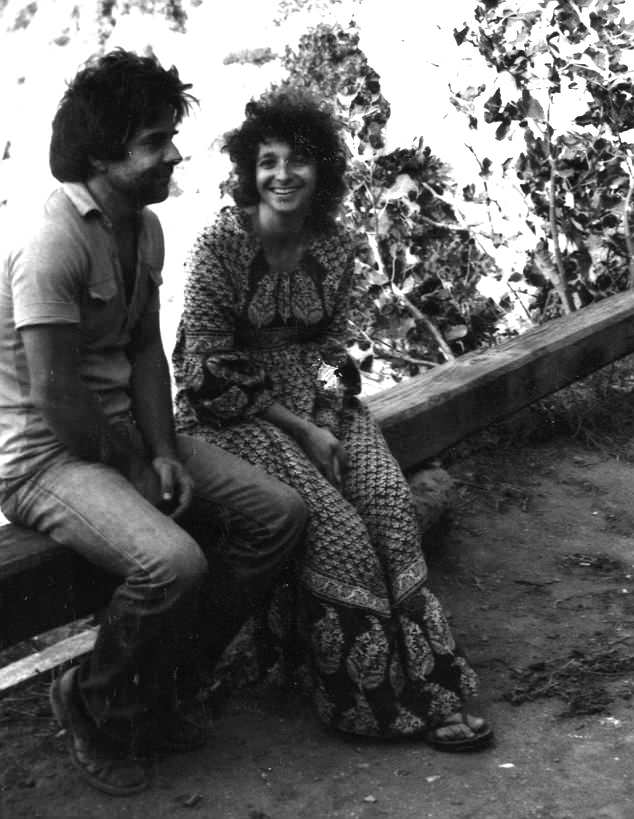 She says burn out happens when your life has lost meaning within the structures you have committed to. Take teaching. ‘A teacher wants to teach, loves the kids, wants to make a difference. Suddenly most of their life is filling out paperwork.

‘My daughter was a teacher in London. She was working 11-hour days. You’ve got to drive yourself just to keep up. It’s not a life.’ Her daughter has now left teaching.

Dina says burn out can happen at any age, but midlife can be a particularly difficult time. People aged 40 to 59 are least happy, according to recent figures from the Office for National Statistics.

‘You suddenly think, my life is in place and it’s not the place where I want it to be. Whereas when you’re younger you are still thinking, I am going somewhere,’ says Dina.

The way we work is also taking a toll. As Arianna Huffington, the entrepreneur who suffered burn out a decade ago, has said: ‘The current male- dominated model of success — which equates success with burn out, sleep deprivation and driving yourself into the ground — isn’t working for women, and it’s not working for men either.’

How common is burn out?

Dina agrees: ‘The demands on women are very high because you’ve got to do all the things you’re supposed to do as a woman — love, please, support — plus all the things that make you a person and enable you to compete in the male world. There is no respite.’

Today, Dina seems back to her old self: warm, direct, correcting me on the pronunciation of her name — Dina (like Nina) — in a New York accent that’s still strong despite nearly 50 years of living in London.

At 72, she is good-looking and energetic; a tiny woman with incredible drive. She still works as a psychotherapist, co-directs Skyros Holidays, runs courses, gives talks and is, surprisingly, keen to stress the positive implications of her breakdown. ‘Burn out was my gift,’ she says. ‘It saved my life.’ Beating burn out requires that you ‘step into your most authentic self’. For women, this can mean fighting deep-seated beliefs.

Dina says that when she was about six she decided to be a ‘good girl’ because ‘good girls are more loveable’. ‘My mother was upset and disappointed with something I did, and said, “But I thought you were the good girl”.’

Her role model was Beth from Little Women, who was ‘so good she died young, before she had to separate from her parents or become sexual or aggressive.’ The image continued into adulthood. Dina would walk around being ‘wonderful to everyone’. 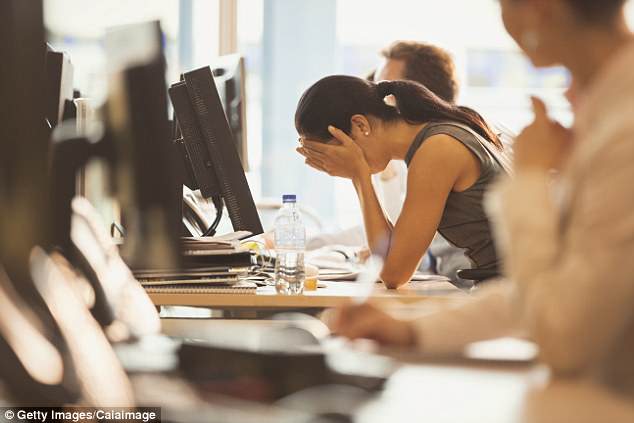 ‘But Beth wasn’t the person I really was,’ Dina says. She was more like Beth’s sister Jo — brave, determined, independent. But Dina became preoccupied with the idea she’d be called ‘selfish’ unless she did everything for anybody and nothing for herself.

When she was at the height of labour pains, giving birth to her son, she asked her husband, Yannis, if he was all right.

She also has a perfectionist habit — ‘another way of trying to prove to myself that I was what I was supposed to be’. Her PhD, which took seven years to write, was like completing three PhDs in one. She beat herself up for not being able to get things right, even if it was something as trivial as packing a suitcase.

Dina was born into a traumatised family in 1945. She grew up in Brooklyn, New York, where her parents were teachers: her father in adult education, her mother a Hebrew teacher. 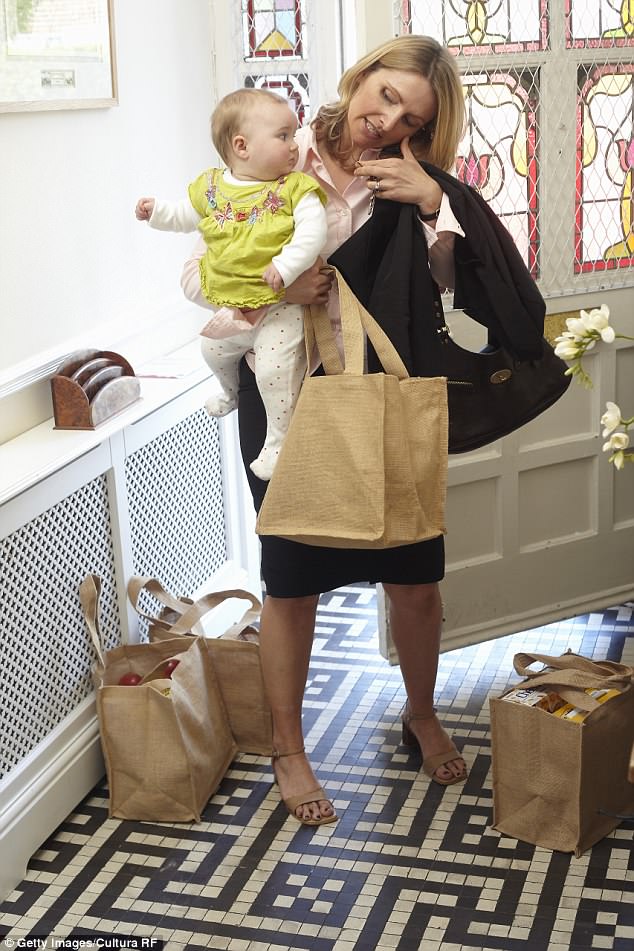 Her parents were hazy about the cause of death. Dina discovered only last year it was gastroenteritis, after a friend found Ora’s death certificate online.

This wasn’t the only surprise.

‘I thought Ora had died quite a lot before I was born. She actually died the month I was conceived. So where would my mother have been with me, her new baby? She was gone. She was mourning her almost four-year-old child.’

Was she upset by this revelation? ‘I was happy,’ she replies. ‘I am always happy to find the truth. It made sense. The neglect started very early. My mother, totally understandably, couldn’t relate to me because she was so busy dealing with the death of my sister.’

She explains her interest in psychology simply. ‘My life would have been a lot easier if I’d understood what was going on in my family, which is why I have devoted my life to understanding the truth and to teaching people how to communicate these deeper things.’

Dina studied psychology before moving to London in 1968, where she worked as a lecturer at Kingston Polytechnic, studied for her PhD, then worked as a psychotherapist. 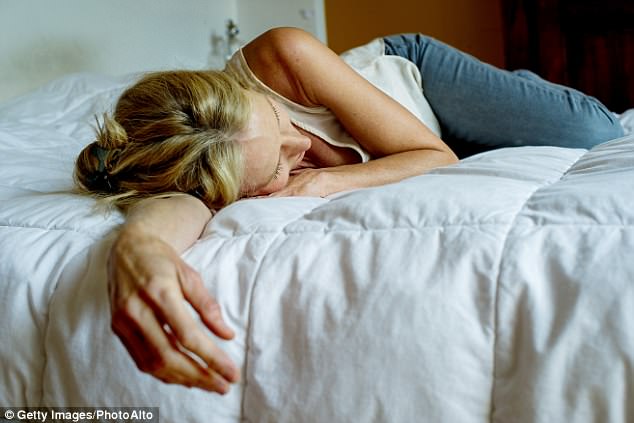 She met her husband Yannis, a Greek journalist, soon after she arrived in London.

Dina calls it a ‘powerful, creative partnership’ for 25 years, by which she means they had a family. Ari is 41; Chloe, 39. They have three grandchildren, aged ten, seven and four. They founded the centre in Skyros, which started as a place for ‘personal development’ holidays and broadened out to offer activities such as windsurfing and writing workshops.

In autumn 1989, Yannis wanted her to help him start a general interest magazine.

‘It was at a time when I was ready to go inward and focus on my own life. I said yes and I should have said no.’ She says the offer was ‘dripping with everything I was addicted to — doing the right thing and pleasing my husband’.

Their home became a temporary office and filled with people sitting at computers. The couple took out an enormous mortgage to finance the magazine. It was the start of her seven-year burn out.

The couple separated about four years later, part of ‘wide-reaching changes’ Dina made in her life, along with cutting back on work and having a retreat in Hastings.

They are still on good terms. Yannis lives on the Isle of Wight with his partner; Dina is in a long-term relationship with an engineer.

She has suffered mini relapses, although the last was more than ten years ago. ‘It starts physically. My head begins to hurt.’ And her blood pressure goes up. But she now has coping mechanisms, which can be as simple as visiting her local cafe. ‘Having a coffee there every morning is my joy.’

One of the terrible symptoms of her burn out was tossing and turning in the early hours, worrying she’d got it all wrong. ‘Sometimes I still wake up, but now I say: “OK, this is my 3am freak-out” and I’ll make myself a hot chocolate. I used to believe in the stuff that was on my mind. Now I know it’s not true.’

Into The Woods And Out Again: A Memoir Of Love, Madness And Transformation is published by Sphinx Books at £9.99. dinaglouberman.com