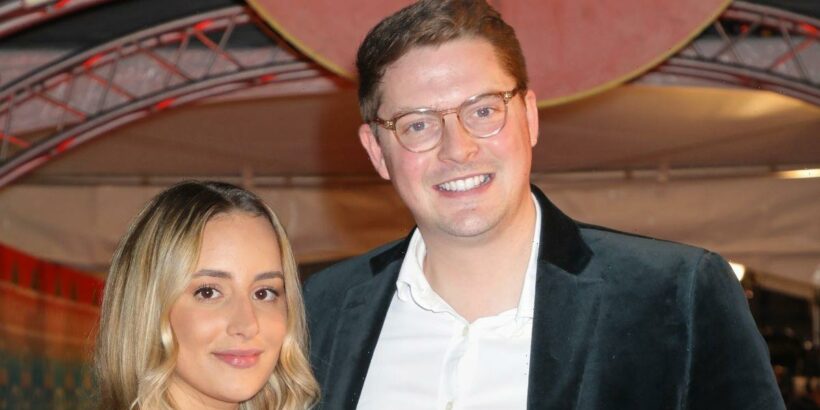 Dr Alex George has reportedly called it quits on his relationship with girlfriend Ellie Hecht after dating for a year according to friends, reports have claimed.

The Love Island star and A&E doctor, 31, appeared to have finally found love in the barrister and had posted a number of adorable glimpses into their life as a couple over the last 12 months including homing a puppy named Freddie, which she has kept.

The pair first embarked on their romance in January 2021 and later posted plenty of snaps on their Instagram pages, but they didn't make things official until June.

Sadly, a source has now claimed that despite trying "everything" to make their relationship work, they found it impossible.

But who else has newly single Alex dated? Let's take a look…

Before meeting Ellie, Alex was in a relationship with dancer Amelia Bath for two years.

The pair announced their split in July of last year, blaming the coronavirus lockdown which kept them apart.

Alex wrote: "Guys just want to let you know, Amelia and I have decided to go our separate ways.

"As you know, we've been apart for most of lockdown which has been hard on us both and we both agree this is for the best.

"We will remain good friends and I have nothing but respect for Amelia. Thank you for the love and support always."

He previously opened up about the struggles he'd faced in the relationship while working in A&E, saying: "One of the challenges is that I am away from my girlfriend.

"I made the decision that I didn’t want to risk giving it to her or her family, so I am up in London staying on my own – isolating and she is staying elsewhere so I don’t give it to her.

"That is difficult when you have a busy shift like today you want to go home and sit and chat with someone and just hang out with someone to relax after what happened, it’s hard when you can’t and you are on your own."

On Love Island, Alex was coupled up with Ellie Brown, and while they shared some kisses failed to find love and both left the show single.

Alex struggled to make it out of the ‘friend zone’ several times on the ITV show leaving fans rooting for him to find love on the outside.

For updates on all your favourite celebs and TV shows, sign up to our daily newsletter here.