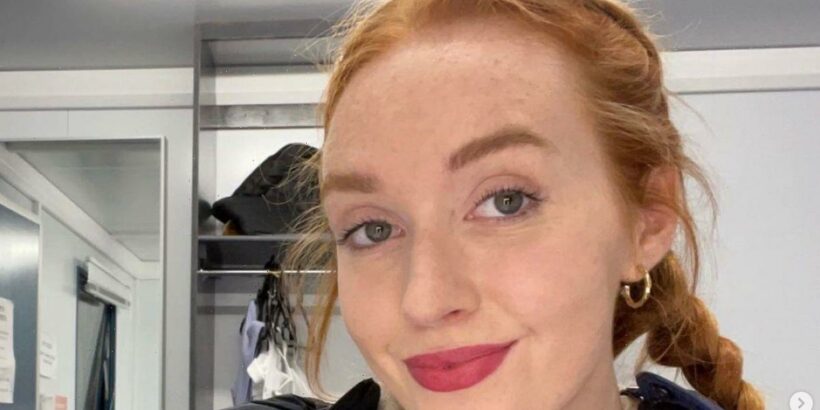 Emmerdale star Jessie Elland has joined the cast of the ITV soap as character Chloe Harris.

Jessie, whose character is the sister of Gemma Harris, the donor of Sarah Sugden's heart transplant, has revealed how she filmed a self-tape at home alongside her mum for the role before she was invited into the studio for her first in-person audition.

The soap star, from Yarm, North Yorkshire, has garnered 509 Instagram followers where she has given a sneak peek behind the scenes of Emmerdale.

Jessie has shared a snap from a window overlooking the fictional village of Emmerdale before posing in an ITV gilet as she prepared for a day of filming.

We can also see that Jessie was over-the-moon to be joining the cast as she was captured pointing at an ITV Gate 3 sign ahead of her soap debut.

However Jessie has previously revealed how 'drama school wasn't really an option' and described that she studied Anthropology at the University of Manchester before she switched to Drama.

Jessie has also revealed her first impressions of the Emmerdale set and told ITV: "The first time I set foot in the Emmerdale studios all I could think of was how it reminded me of a very complex and detailed IKEA!

"All the sets are next to each other in a huge maze of rooms and I was in awe at the attention to detail in each set."

Meanwhile Jessie has described how she has 'similarities' with her character Chloe and added: "I think we both really value sisterhood; Chloe was very close to her sister Gemma and there's an almost sisterly dynamic that develops between Chloe and Sarah, I think I have a determined streak like her too."

Jessie's appearance in the soap comes after it was announced that Britain's favourite soaps would join forces in a bid to raise awareness of climate change.

Casualty, Coronation Street, Doctors, EastEnders, Emmerdale, Holby City and Hollyoaks have all filmed scenes that include characters from other soaps, or references to their storylines in order to mark the monumental COPP26 conference in aid of climate change.

The unprecedented event will see a Hollyoaks villager pop up in Walford while Holby City's storyline seeps into the conversation of those involved in the Chester soap. Meanwhile, a viral social media video featuring two of Emmerdale's residents will be shown to Corrie characters.

Also to come, someone from Doctor's makes an appearance on the Cobbles and Casualty will be discussed in The Woolpack. Finally, punters at The Queen Vic will discuss a social media clip from Weatherfield.