Inside Homes Under the Hammer star Martin Roberts’ country pile – including cosy bedrooms, a family kitchen and a back garden complete with climbing wall and RADIO studio

As the host of Homes Under The Hammer, Martin Roberts is no stranger to snooping around other peoples’ properties.

But the TV star, 55, has turned the tables and offered fans a look inside his own country pile.

Originally from Lancashire, the presenter now lives in a village near Bath with his wife Kirsty and their two children, Scott and Megan. 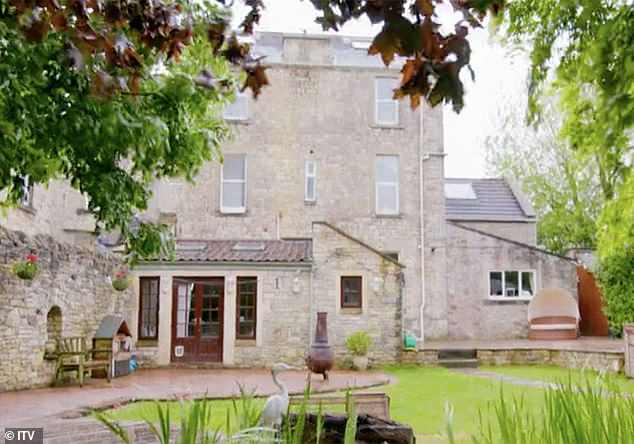 Family home: Homes Under The Hammer host Martin Roberts, 55, lives in a three-storey home, pictured, in a village near Bath with his wife Kirsty and their two children, Scott and Megan 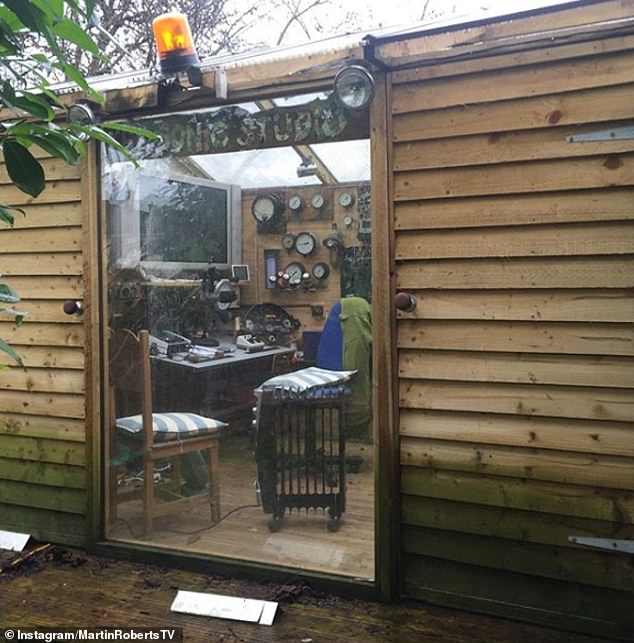 Creative outlet: Among the unusual features is a radio studio, pictured, which is built into a tree house in the back garden. Roberts found some of the parts needed at car boot sales 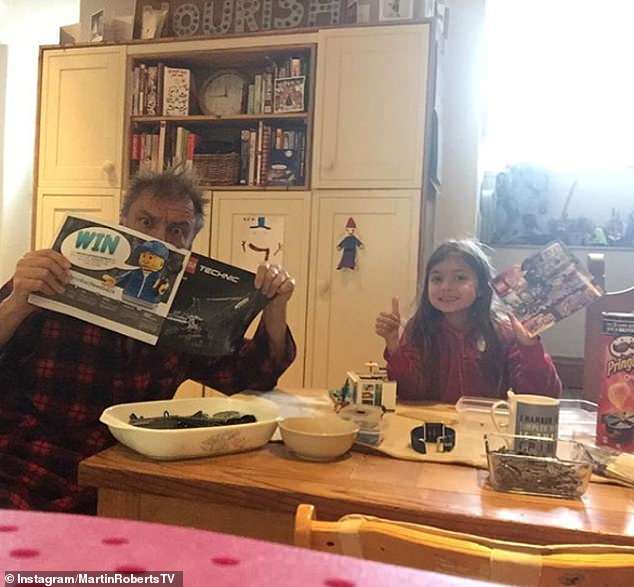 Proud father: Photos shared by Roberts on social media show the spacious kitchen living areas are the hub of the house. Pictured, the TV star completes a LEGO build with daughter Megan 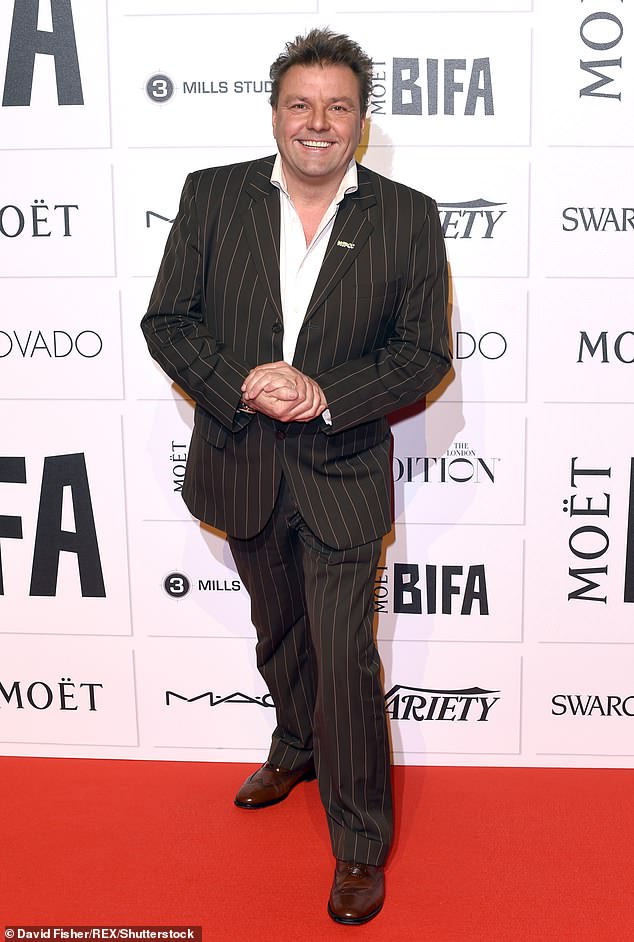 Turning the tables: As the host of Homes Under The Hammer, Martin Roberts is no stranger to snooping around other peoples’ properties. But he also offers fans a look inside his own

The three-storey family home has a number of unusual features, including a tree house radio station and a large fish tank built into the island in the kitchen.

Photos shared by Roberts on social media show the spacious kitchen and living areas truly are the social hub of the house.

In one snap the proud father-of-two is seen sitting at the dining table with his daughter Megan as they complete a ‘Lego building challenge together’. 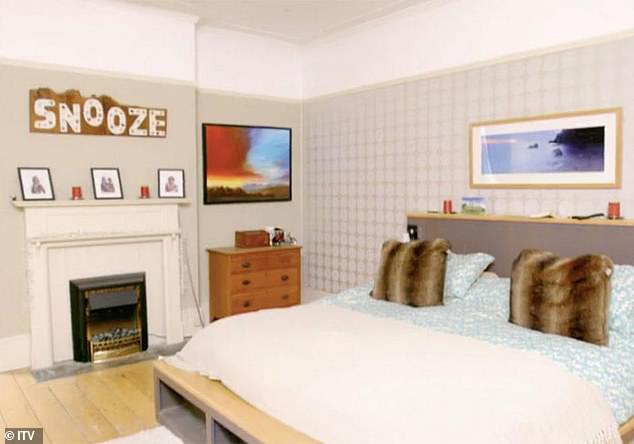 Crisp and cosy: A peek inside one of the bredroom reveals how a neutral colour palette creates a versatile base for decorating. A fire with period surround adds a touch of character 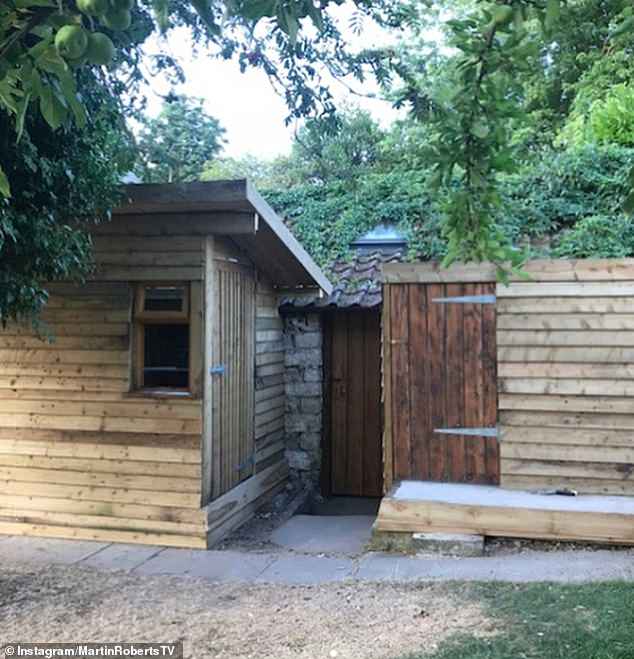 DIY enthusiast: Roberts revealed how he added this shed and log store to his garden in July. The TV personality undertook the ambitious project to mark his 55th birthday

In another he shows off the homemade blackberry jam he whipped up from berries he picked himself.

ITV viewers were offered a glimpse inside the kitchen on an episode of Through The Keyhole that aired in February.

During the show, cheeky Keith Lemon clambered onto the counter top and lifted the top off the fish tank to dip his toes inside.

Outside, Lemon revealed the presenter had a large back garden complete with a pond and climbing wall to keep his children entertained. 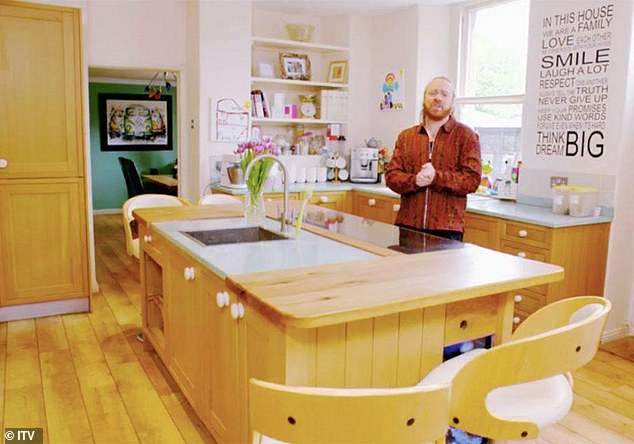 Glimpse inside: The property was featured in an episode of Through The Keyhole which aired earlier this year. Pictured, presenter Keith Lemon in the modern family kitchen 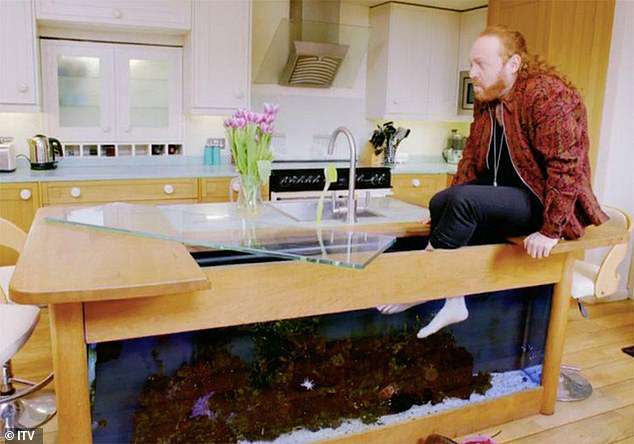 Standing out: The cheeky TV host clambered onto the kitchen counter and took the top off the large glass fish tank built into the island, pictured, before dipping his feet inside 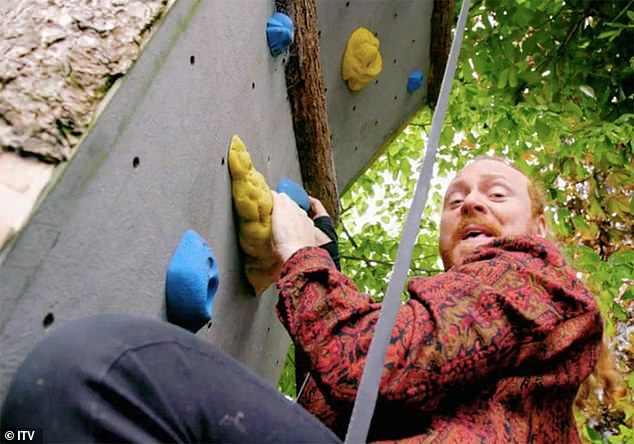 Keeping busy: Lemon also tried out the climbing wall in the garden, pictured, that is likely to bring children Scott and Megan hours of fun outdoors

Among the more unusual features is an on-site radio studio, located in an enormous wooden tree house.

Roberts previously told how he found all the dials and circuit boards at car boot sales and then put a phone line in and bought a mixing desk from an old BBC radio station.

He broadcasts his weekly property show on Talk Radio from the studio – saving himself the commute.

The DIY fan built the impressive wood structure to mark his 55th birthday in July.