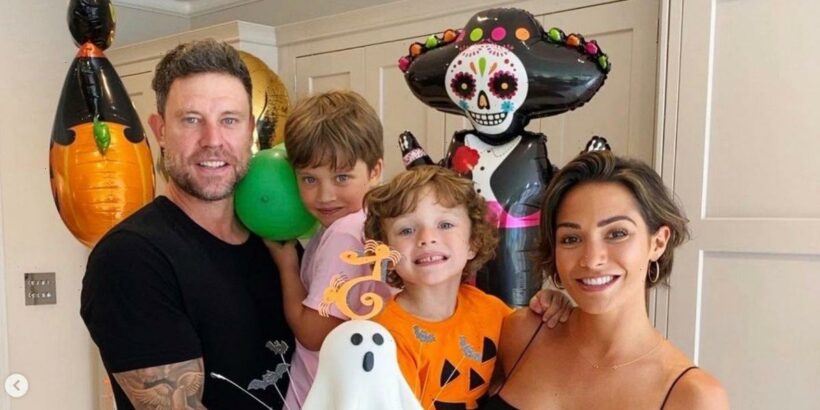 I'm A Celebrity…Get Me Out Of Here rumoured star Frankie Bridge has opened up about her family life with husband Wayne.

The 32 year old, who is tipped to become Queen of the Castle amid the I'm A Celeb line-up rumours, shares children Parker, seven, and Carter, six, with former footballer and 41 year old Wayne.

Meanwhile The Saturdays songstress, who lives in a sprawling home in Surrey with her family, is also a step-mum to 15 year old Jaydon Jean Claude Bridge who Wayne shares with ex and French model Vanessa Perroncel.

In an Instagram Q and A to her 1.3million Instagram followers Frankie explained that she keeps her stepson Jaydon out of the spotlight.

A follower asked: "You are a stepmom."

In response, she added: "True. I am indeed. It's not something that I talk about much as him and his mum aren't in the same industry as us.

"So I keep that part of our life private. I've also never really chosen to be called a step parent. He has his parents. I'm just a bonus family."

Frankie also shares her jaw-dropping home with her in-laws Wendy and Mick Bridge and detailed their living arrangements while appearing on Loose Women.

She said: "For us it just kind of happened. His mum and dad used to go back and forwards from their home and it was just like a natural progression. They are like our childcare, they help us with the house."

"They kind of moved out of their house so they did kind of move in with us for a bit and then it was like, 'well you might as well stay.'"

Frankie met Wayne in 2011 after the pair were introduced by Gavin and Stacey star James Corden at a club when the former footballer was on a night out with the Late Late Show host.

The couple enjoyed their first date at Japanese restaurant Zuma, London, before the pair tied the knot in 2014 at Woburn Abbey, Bedfordshire, in front of celebrity guests including The Saturdays stars Una Foden, Rochelle Humes, Mollie King and Vanessa White.

Meanwhile Wayne starred on I'm A Celebrity in 2016 and revealed that he liked to have sex every day with his brunette beauty wife.

The sportsman, who also won Celebrity SAS: Who Dares Wins in 2019, recently revealed that homeschooling during lockdown made it difficult for him and Frankie to have alone time.

Speaking to The Sun, Wayne said: "Bedtime’s become harder so [sex] has become a daytime thing.

“But that’s also been quite tough because of home- schooling . . . it’s quite difficult."

He continued: "There have been times with them coming close to catching us!"