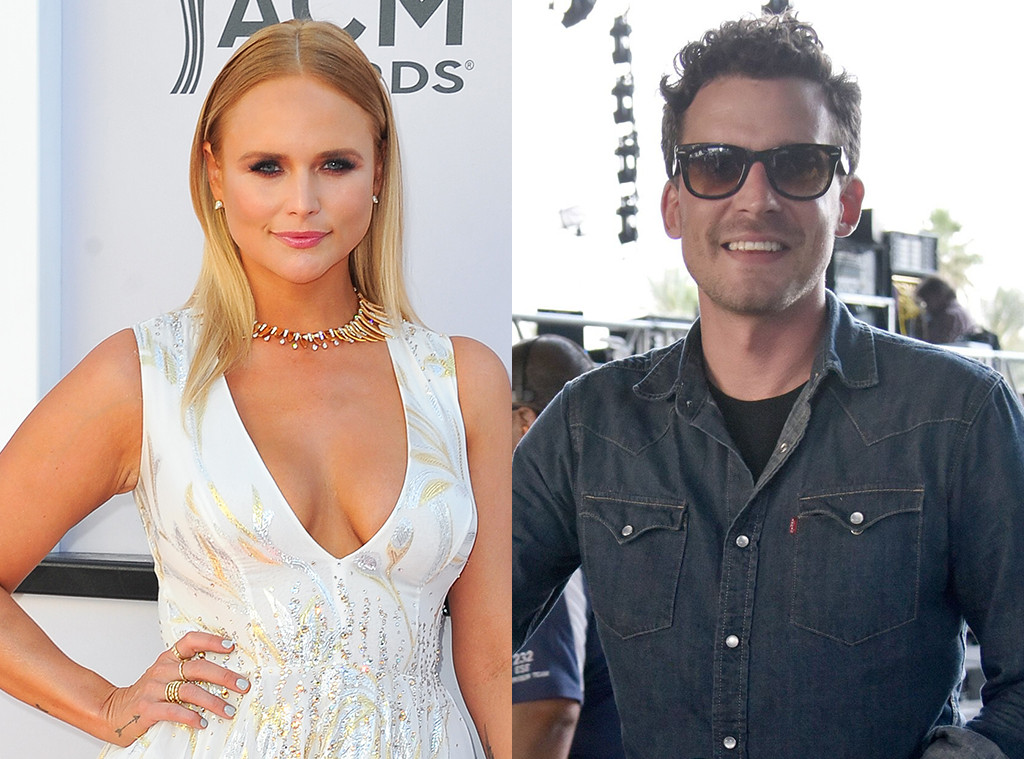 Just three months removed from her painful divorce with Blake Shelton, Miranda Lambert was able to remain a glass half full kind of gal.

“I’m not gonna be one of these artists who wallows in my misery so I can be artistic. That’s not me at all,” she explained to Cosmopolitan during an October 2015 interview. So while she copped to a few “nights on my porch crying, drinking whiskey, and going, ‘Man, this sucks right now,'” she said she’s focused on living in the moment “and feeling every tinge of pain, then waking up the next day and going, ‘All right, I’m going to ride my ponies. I’m going to have a girls’ night.’ That’s where I am. That’s where I’m gonna live.”

Besides, she surmised, “I’m sure I have a hundred more heartbreaks ahead of me. We all do.” 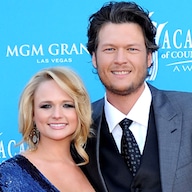 By that count she’s now at 99, notching her latest this spring when she ended a two-plus year union with Anderson East, 29. Of course, the two-time Grammy winner, 34, recovered from that split with her usual aplomb. After alluding to experiencing “heartbreak” during a Mar. 1 Knoxville, Tenn. concert, she dusted herself off and dove headfirst into a new musician romance, this time with Evan Felker, lead singer of folk rock group Turnpike Troubadours, who’d opened up a series of shows on Lambert’s latest tour.

But that bounce back came with its own brand of anguish. As reports suggested Lambert struck a chord with Felker while she was technically still with East (and before Felker filed to end his brief marriage to wife Staci), Shelton poured a little kerosene on the situation. “Been taking the high road for a long time..I almost gave up,” he tweeted Apr. 25. “But I can finally see something on the horizon up there!! Wait!! Could it be?! Yep!! It’s karma!!” 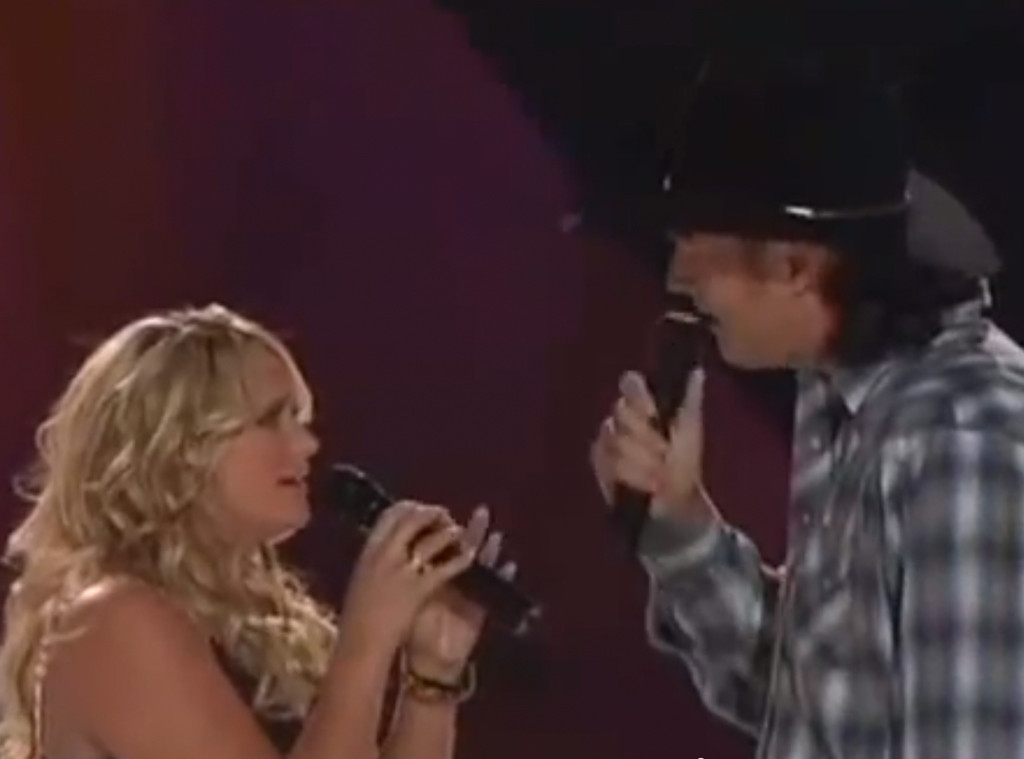 While Shelton didn’t expressly accuse Lambert of anything—or imply the missive was about her at all—if that was his intention, it would certainly be on brand. When the country music power couple revealed the sudden end of their four-year marriage in 2015, sources told E! News the downfall was caused by everything from distance to competing schedules and what one source called, “Not seeing eye-to-eye on some real life future plans with each other.”

And then there were the trust issues—something that plagued both Shelton and Lambert. “It went along with having to spend a lot of time apart,” explained one insider. “Rumors of infidelity put stress on them. Despite denials, even just rumors of cheating are still hard to hear.” 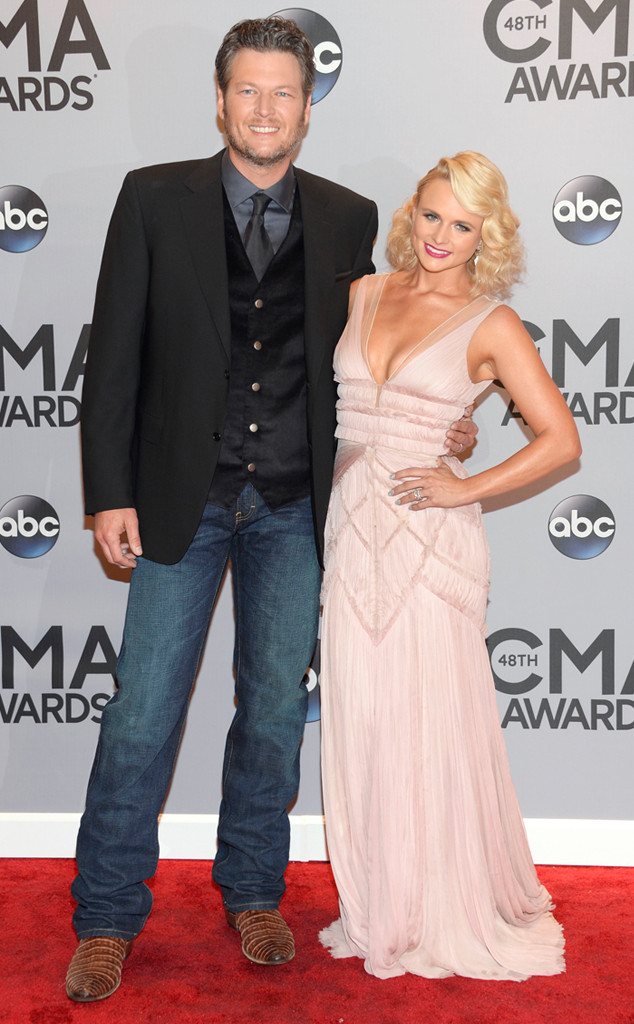 For much of the Oklahoma-based duo’s union, 41-year-old Shelton was the accused—with outlets linking him to various contestants he worked with as a coach on NBC’s singing competition The Voice. But as the couple’s divorce went public, the, uh, chair was turned. Allegations Lambert had hooked up with singer Chris Young became so intense the Nashville Star alum, 32, felt the need to speak out.

“I don’t normally address gossip but in this case I will,” the “Aw Naw” singer tweeted to his nearly 2 million followers. “My name has been mentioned as a contributing factor in Blake and Miranda’s divorce. That is totally FALSE. They are both my friends and I would not betray that friendship. Just wanted to clear that up.” 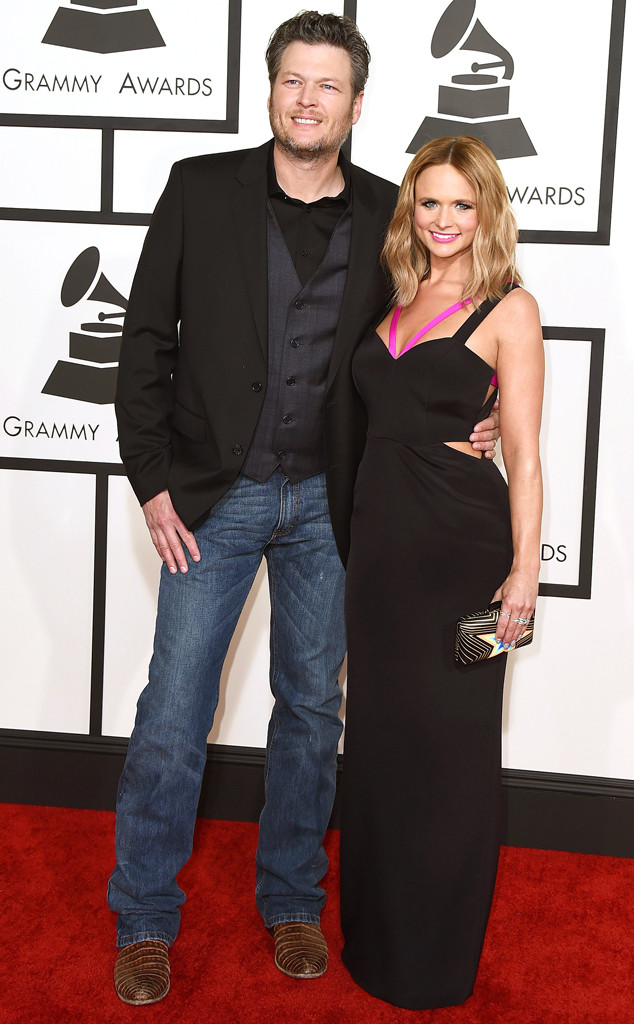 But as Shelton began to open up about their split—a necessity that came with promoting his May 2016 post-breakup album If I’m Honest—the story became a bit murkier.

First, there was the reference to Billboard about how his breakup closely paralleled that of new paramour Gwen Stefani, whose 13-year-old union to husband Gavin Rossdale unraveled when she learned he’d cheated on her with their nanny. As Shelton put it, “You can’t even imagine the similarities in our divorces.” 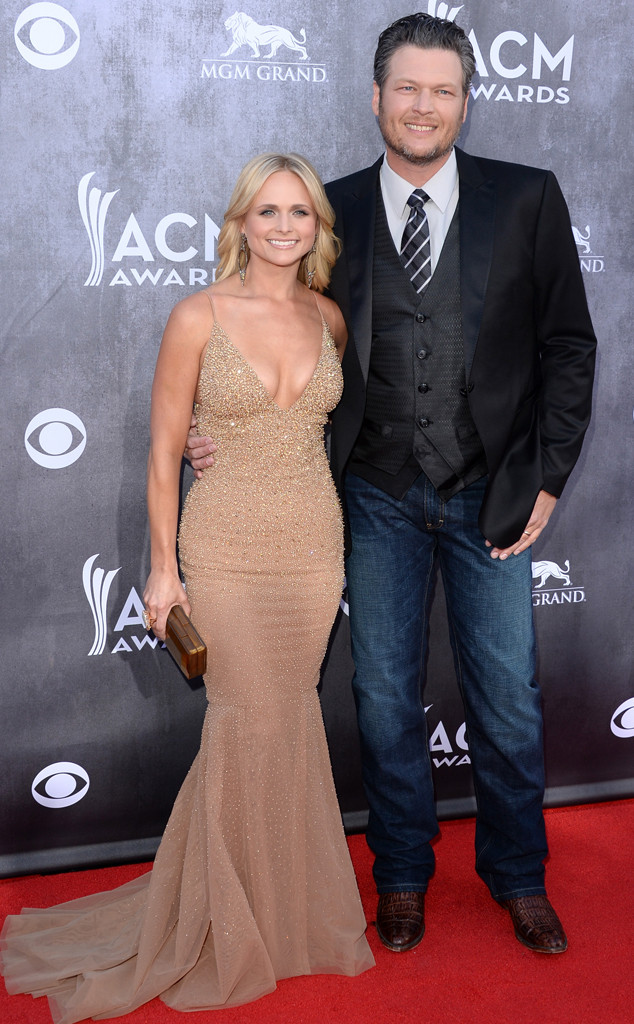 Then—though he declined to get into the dirty details—he said fans could read between the lines of his new disc’s songs. Take the kiss-off track, “She’s Got a Way With Words,” in which he intones, “Lying, cheating, screwed / Yeah, all the words I thought I knew / They got a brand-new meaning now.” Listen carefully, he told the mag, and you’ll come to an understanding of why they separated: “You can learn some facts of my divorce. Maybe not specifics, but you can get a general idea about it.”

With words such as, “She put a big F.U. in my future,” conclusions were drawn, but just as quickly fans switched focus to how undeniably happy Shelton seemed. Because by that point he had moved on with Stefani and could not seem to stop talking about their surprisingly blissful opposites-attract romance. Praising the No Doubt frontwoman, 48, as “all I care about,” he gushed, “Gwen saved my life.” 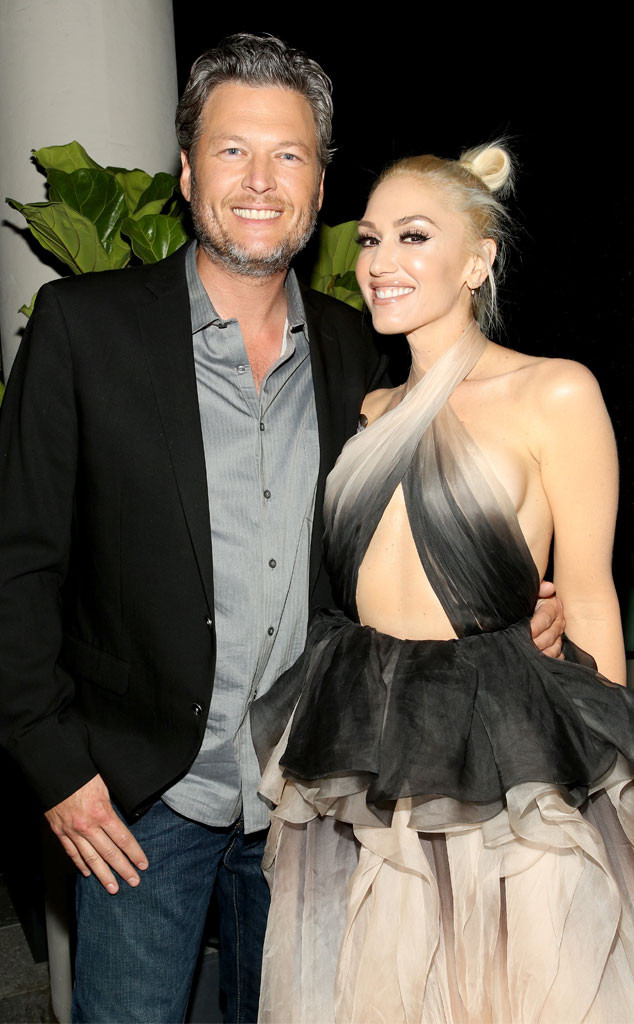 What’s more, Lambert was happy for the duo, wholeheartedly approving of her ex’s choice. While it would have been easy to pit the blonde musicians against each other, country queen Lambert “has always thought very highly of Gwen and thinks she is an extremely talented artist,” a source told E! News at the time, adding that both Lambert and the ska-influenced alt-rocker are “big fans of each others’ music.” So as hard as it might be to watch her husband move on in such a public fashion, “Miranda is happy that they are doing well and wishes the best for them,” the insider insisted, adding the “Over You” singer “is focusing on herself.” 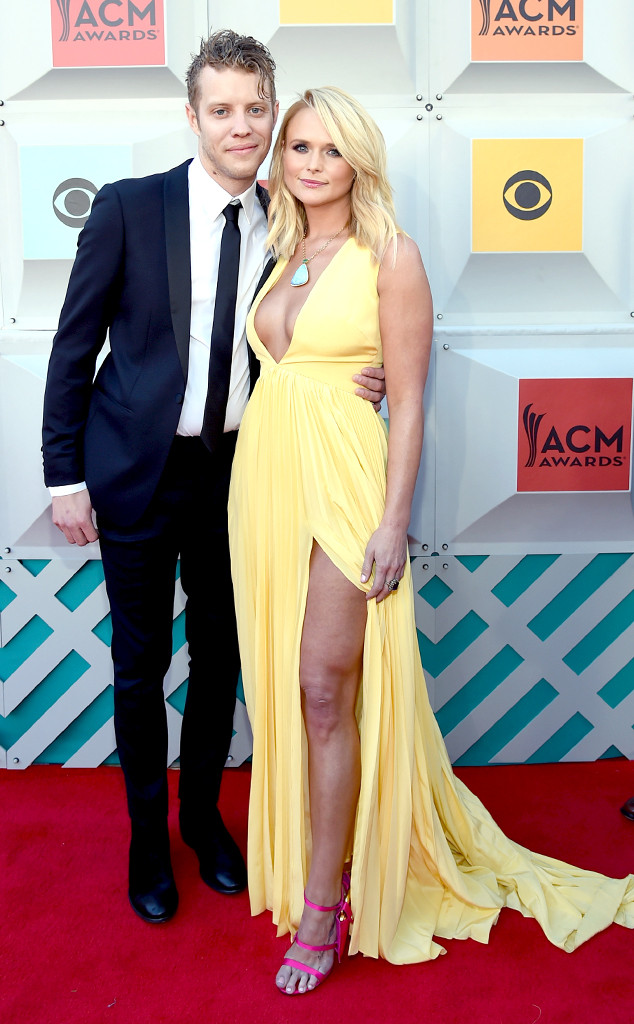 After all, she had her own burgeoning romance to tend to. Like ex Shelton, East—the musician Lambert took up with in September 2015—had Southern roots (he hailed from Athens, Alabama and studied at Middle Tennessee State University) and an Americana sound, though he’s said he doesn’t necessarily subscribe to one particular genre. Unlike the nine-time Country Music Association award winner, though, East didn’t have zealous fans tracking his every move.

With the guitar- and piano-playing talent, Lambert had more freedom to explore their favorite Nashville haunts unbothered, a source told Us Weekly: “It’s a much calmer, quieter relationship.” 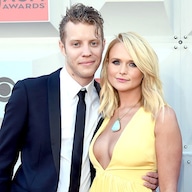 But no less passionate. As the duo’s pairing went public—courtesy of Lambert’s cuddly Jan. 1, 2016 Instagram proclaiming, “The snuggle is real,”—a source gushed to E! News about the twosome’s “crazy connection.”

Everything seemed to check out. The singers were supportive of each other’s careers, with East embarking on his first headlining tour in 2016 just as Lambert was hitting the road for the sixth time. They enjoyed a strong mutual attraction, said an insider, noting East found Lambert “stunning” while she thought he was “a total stud.” And they shared a similar sensibility. Says the source, “Whenever they are together they act like free spirits.” 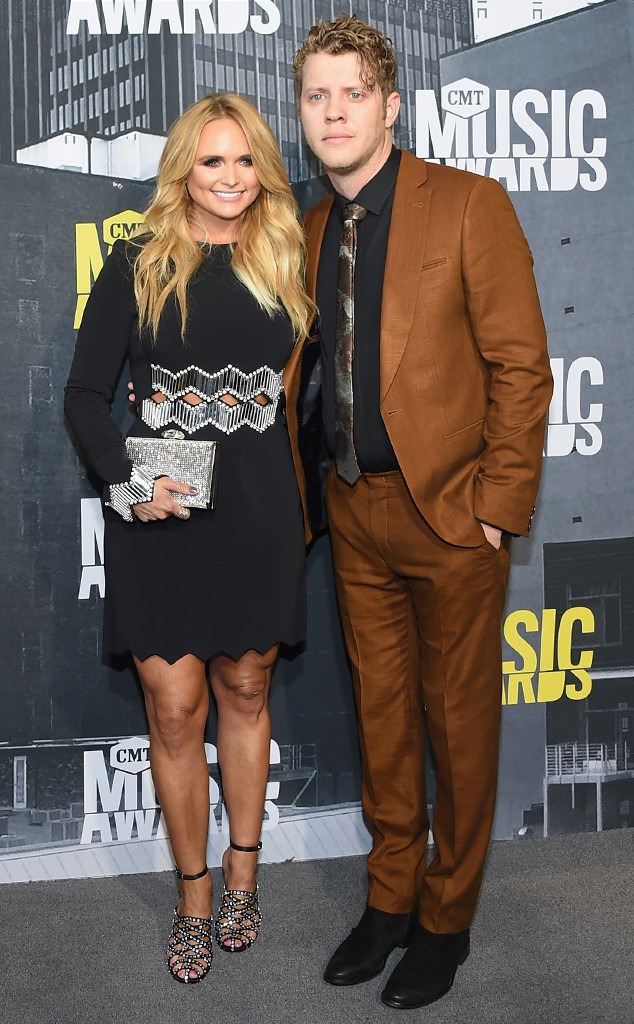 That’s not to say they shied away from discussing a future. Maintaining a daily connection through text and video chat whenever they were apart, the couple parsed through the major relationship milestones. “They are definitely going to get married,” one source insisted to E! News in March 2017. “They have discussed marriage and kids that they both want in the near future.”

And while Lambert and Shelton’s relationship seemed to be based on having just enough passion to deal with a few fights (“She can get so mad at me that she just wants to punch me in the face, and we’ll say that’s it,” Shelton has admitted, “then, 30 minutes later we’re calling each other and acting like it never happened,”), with East she’d found a stabilizing force. Noting they rarely argued, the source told E! News, “She has learned many things about what she wants and needs after her breakup and Anderson fulfills it all.” Until he just didn’t. Last September, Lambert posted about their two-year anniversary. East, in turn, toasted to her November birthday writing on Instagram he was “thankful” for the life they shared. And then their public displays of admiration simply trailed off.

By the time news of their split came this spring after months of speculation, it was natural to assume Lambert’s heartache would heal quickly. This was the same woman who asserted post-divorce that she would be fine y’all, because she was surrounded by great girlfriends and family and possessed an understanding of what it takes to create a successful union. “I had a great relationship and an amazing man,” she told Cosmopolitan. “So I know what good is. I have a great launching pad for the future.” 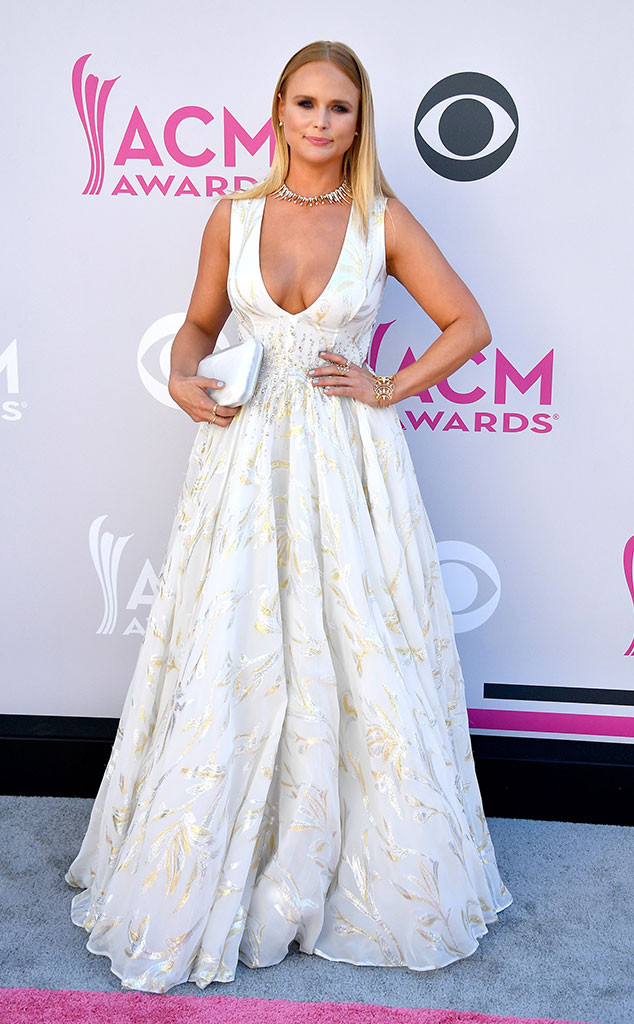 But when the breakup news was followed by reports she had already landed on a new relationship, fans appeared more outraged than approving.

According to Us Weekly, the nine-time ACM Female Vocalist of the Year, who once chided herself for falling in love with a married Shelton, saying, “My parents are private investigators, for God’s sake. I’ve seen this my whole life—affairs, and all of all people to know better, I know better than this,” started spending time with a still-married Felker and a romance began to blossom. 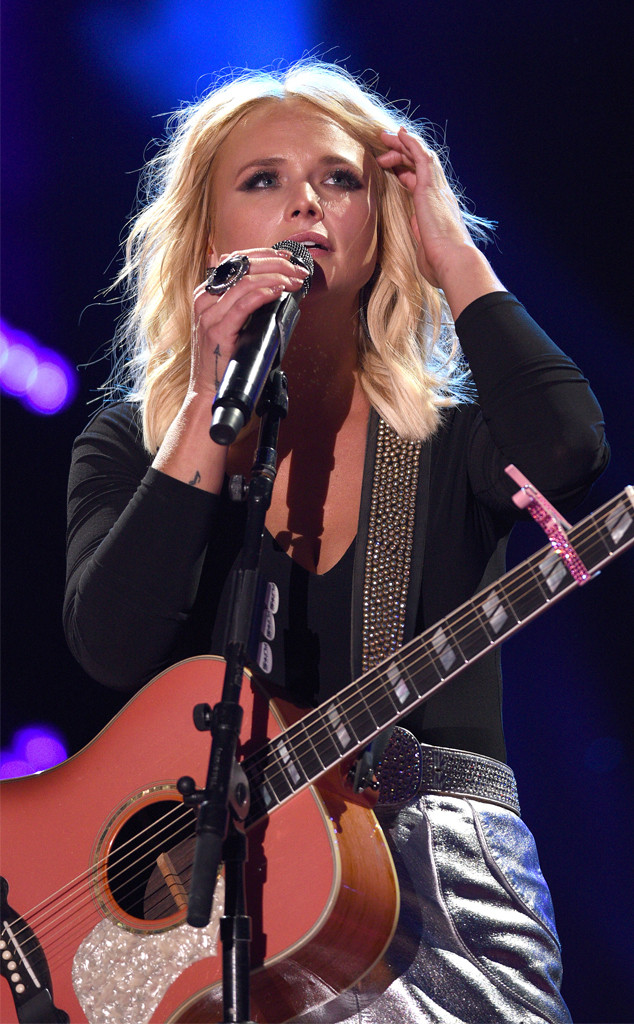 In fact, a source told E! News, she started texting with Felker even before his band opened for her Livin’ Like Hippies Tour this February. Says the source, “She was pursuing him.”

Then, after Turnpike Troubadours wrapped their three-date stint on her Livin’ Like Hippies Tour Feb. 3, Felker simply didn’t return home, a source told E! News. Though he and communicated sporadically with his then wife, “Staci found out that he had filed for divorce because a friend called her after seeing it in a local newspaper,” says a source. Feeling her hand was forced, Staci officially moved to end their months-long marriage a few weeks later. Says the source, “Staci was devastated.” 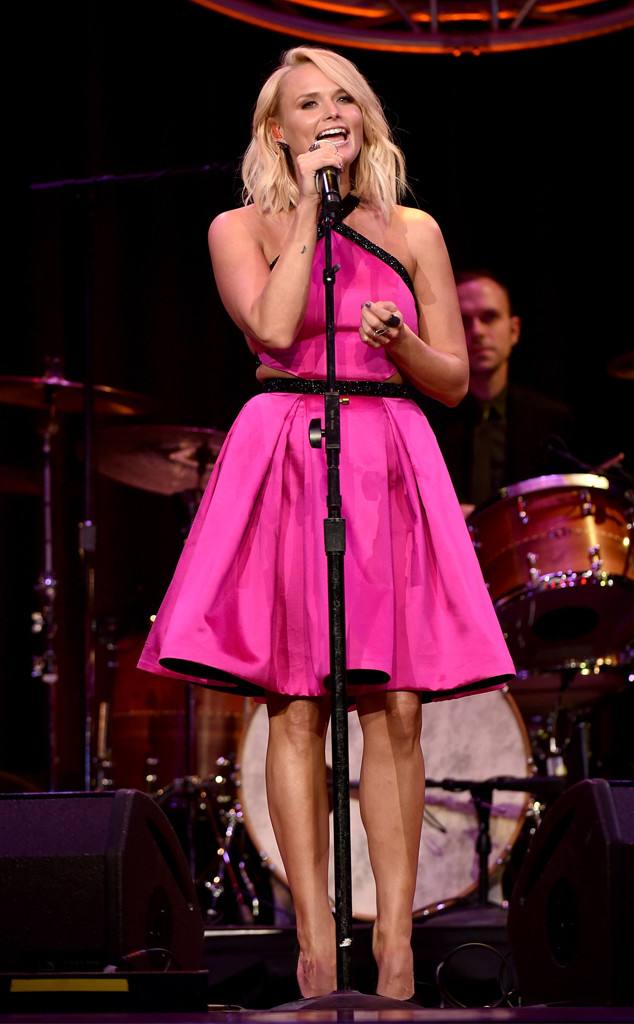 While Lambert and Felker have yet to even confirm their pairing, their exes haven’t stayed silent. First there was Shelton’s suggestive is-that-what-he-meant tweet, which caused Lambert’s ex to swipe back at the country star about how he first linked up with the “Tin Man” singer. “You must be one arrogant SOB to pop off something like this,” Lambert’s onetime boyfriend Jeff Allen wrote in a since-deleted tweet, “when I know damn good and well you were cheating on your wife and Miranda was cheating on me when you two started up.”

Then, Staci was spotted dancing to Carrie Underwood‘s hit “Before He Cheats” in a new pal’s Instagram Story Apr. 26. She told E! News exclusively that she had only just met the fan the same day they enjoyed that impromptu jam session, but their initial bond was strong: “I was impressed someone could make me laugh so hard at my own misfortune.” 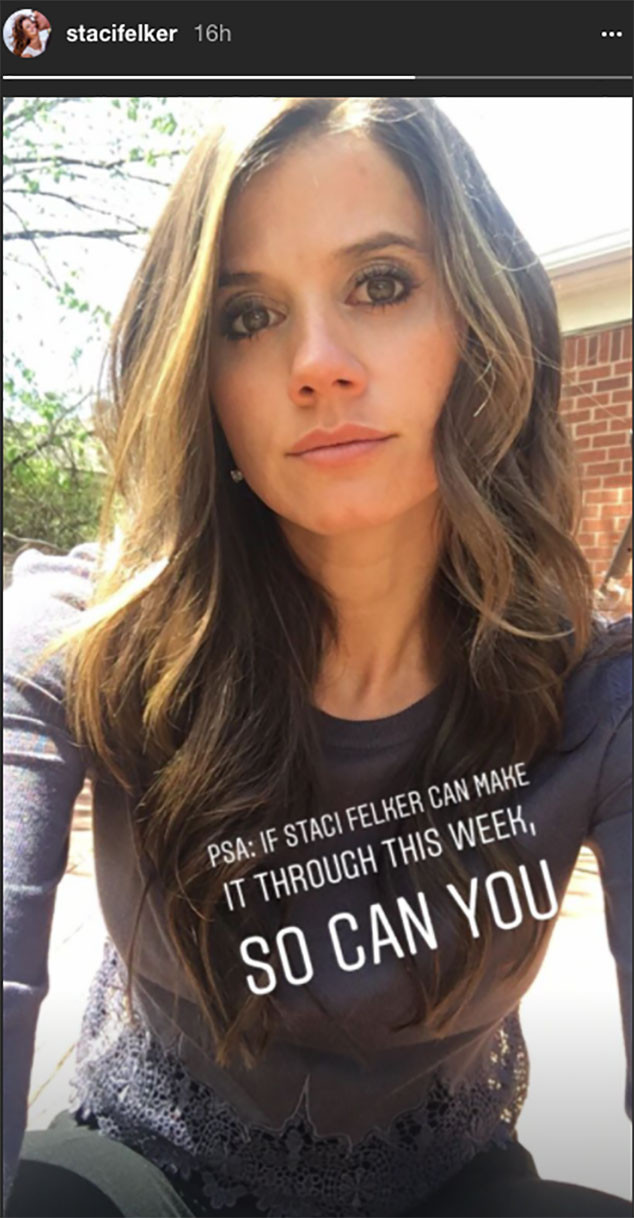 It’s hard to say how Lambert feels about her current situation, though a source tells E! News she and Felker are still very much a thing.

Because ultimately Lambert is still chasing that forever type of love. While she has said her outlook on matrimony has changed since her marriage to Shelton ended, it hasn’t necessarily soured. “I feel like it’s not about it being a step in life,” she told Cosmopolitan. “It’s not about a piece of paper or a diamond. It’s the way you feel about somebody and the commitment in your heart.” 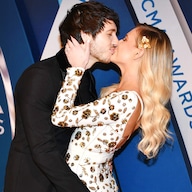 Meet the Next Generation of Country Music Couples

But no matter her flurry of thoughts, “I don’t live in fear,” she insisted, “because living in fear is the most stifling, awful feeling in the world.”