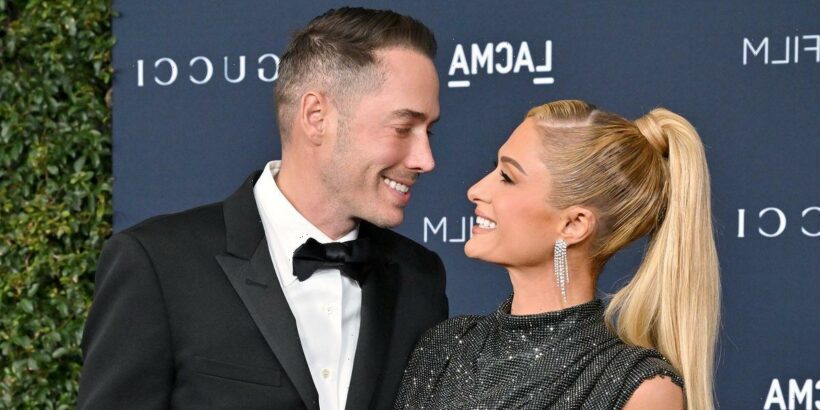 The 41 year old businesswoman and media personality shared the exciting news on Tuesday 24 January with her 21.7 million Instagram followers, posting a close-up photo of the baby gripping her thumb.

She wrote in the caption: "You are already loved beyond words," followed by a blue heart emoji.

Paris also confirmed the news to People, saying: “It’s always been my dream to be a mother and I’m so happy that Carter and I found each other. We are so excited to start our family together and our hearts are exploding with love for our baby boy.”

The heiress, however, did not reveal when they welcomed their bundle of joy or what his name is. Paris has previously been candid about her desire to be a mother and told the same publication last year that they had started IVF during the height of the Covid-19 pandemic.

Explaining that it was "perfect timing" as she's usually flying around the world "250 days out of the year", the pair decided to go through the process a year into their marriage.

The reality star married Carter, also 41, in November 2021 at her late grandfather Barron’s Bel-Air estate. The three-night event kicked off with a reception at the estate, followed by a carnival on the Santa Monica Pier and a black-tie soirée.

Carter is an author, entrepreneur and started venture capital firm M13. Having known each other for 15 years, the couple first confirmed their relationship in April 2020, getting engaged after a year of dating. The venture capitalist popped the question on a private island with an emerald-cut diamond ring designed by Jean Dousset.

Hilton opened up about her relationship with Carter on “The Trend Reporter with Mara” podcast, confessing: “He’s just my dream guy … [Carter’s] 100 percent [the one]. We talk about [planning a wedding] all the time and planning our baby’s names and all of that.”

Carter also has a 10 year old daughter named Evie with Secrets of Aspen star Laura Bellizzi, however he “does not have a traditional father-daughter relationship with her.”

A spokesperson for Carter said toPage Six: “The people who this story matters to have known about it for 10 years. Carter supports this child. While he does not have a traditional father-daughter relationship with her, he has provided for her since she was born, and will continue to do so."

A source also told Page Six that the little girl had been “triggered” by seeing her father and Paris’ nuptials and felt “left out of her father’s life.”

Hilton was previously engaged to model Jason Shaw from 2002 to 2003, Greek shipping heir Paris Latsis in 2005 and most recently actor Chris Zylka in 2018.