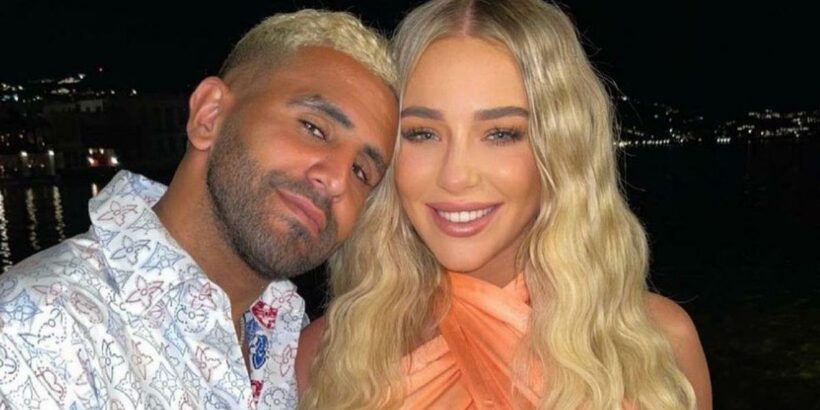 ModelTaylor Ward announced she and footballer beau Riyad Mahrez had welcomed their first childinto the world in July.

Taylor, 23, and Riyad, 31, shared the happy news on Instagram alongside a sweet snap of the newborn and told followers: “One week of loving you. Mila Mahrez 01.07.22.”

Taylor – who is daughter ofReal Housewives of Cheshirestar Dawn Ward – received plenty of congratulatory messages, including one from her reality star mum.

"Me and [my husband] @ashersnine couldn’t be prouder of @taylorwardx you’re such an amazing mummy you blow us away everyday!

"@riyadmahrez26.7 we couldn’t ask for a better partner for our daughter and the best Daddy ever, feeling totally blessed we love you so much and so happy we’re all one big family."

Taylor and Riyad began dating in the early days of 2020 and got engaged the following June in Mykonos.

The footballing ace popped the questions during a lavish holiday on the Greek island with Taylor’s parents when he presented her with a sparkling £400,000 engagement ring following an intimate lunch with friends.

The pair gotmarried later that year in a traditional Islamic Nikahceremony and were reported to be gearing up for a second ceremony to make their marriage legal in the UK this year.

At the time a source toldThe Sun: “Riyad and Taylor are now legally married under Islamic law following their ceremony late last year.

“For them as a couple it was important to follow the traditions of his religion.

“The ceremony was short but sweet and has started them on their path to their second wedding which is very much going to be the main event.

“Taylor and Riyad are so excited and are very much in love,” the insider added.

In February this year the pair announced that they were expecting a baby with a sweet snap on a beach in the Maldives.

The proud parents previously invited OK! to their lavish baby shower, where Taylor told us: “It felt just as extravagant as a wedding!

“It was an amazing day – I’m only just getting the chance now to sit back and reflect on it all. Everything was perfect from the décor to the atmosphere, and we even got the sunshine. It was so lovely to spend the day with all the people we love to celebrate us having a baby girl.”