Britain’s biggest TikTok star Holly H who earns an estimated £60,000 per ad reveals she has to wake up early to post because otherwise her 16.7million fans think ‘there’s something wrong’

Britain’s biggest TikTok star Holly H has opened up about her life attending award shows, teaming up with celebrities – and waking up early everyday to make sure she doesn’t worry her followers.

Holly Horne, 23, who was born in Guernsey but moved her family to West Sussex last year, appeared on This Morning today where she detailed her rise to fame on the two-year old social media platform.

Her newfound fame has allowed Holly to bag deals with brands, attend the Brit Awards, meet the likes of Charlie XCX and Raye – and rumours have surfaced she is being eyed by Strictly Come Dancing bosses to help boost this year’s show’s younger audience.

Every morning Holly wakes up early to make sure content is uploaded, before speaking with her team and spending the afternoon making 15-60 second videos – some of which are produced over several months. 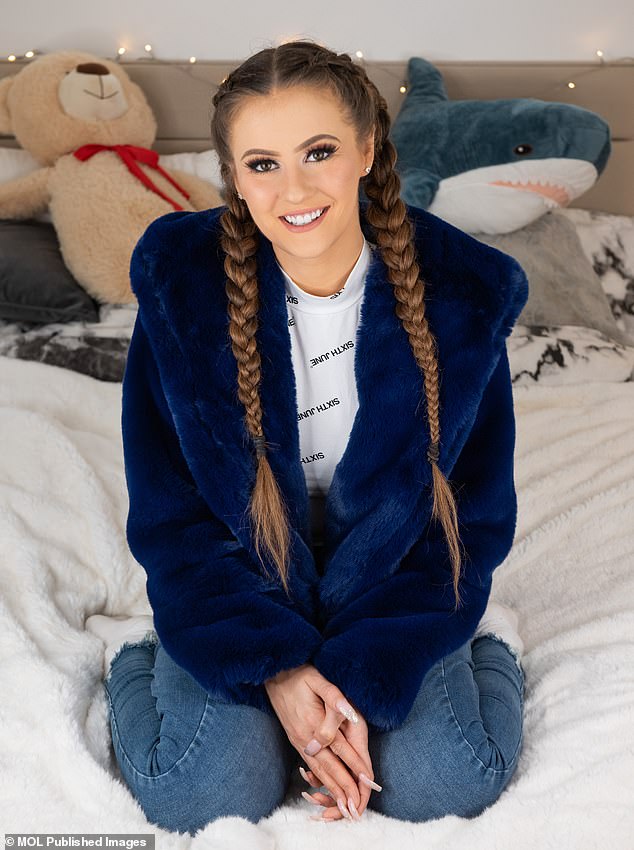 Holly Horne (pictured), 23, from Guernsey, is Britain’s biggest Tik Tok star with over 16 million followers on the platform 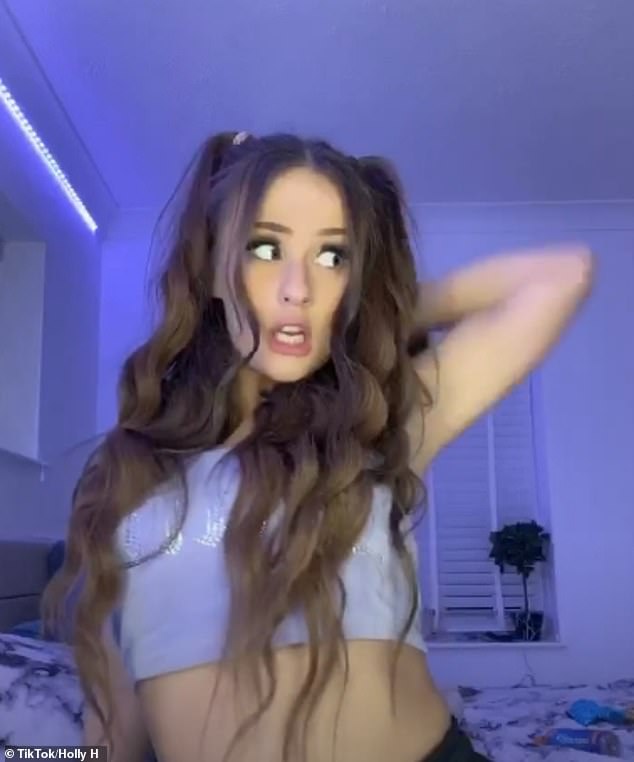 Her bite-sized 15-60 second videos can range from lip-synching to songs, taking part in viral trends and performing popular dances

It was estimated earlier this year that Holly earns a six-figure salary, with one report suggesting she makes over £60,000 for each sponsored social media post.

‘I wake up super early every day, said Holly on the show today, ‘Because if  everyone that follows me and I’m not posting, people think something is wrong with me, generally. I always feel a sense I need to get up and get ready so people don’t worry.’

As for her day to day, Holly explained: ‘I wake up and do business stuff and speak to my team, and then the afternoon I spend making content. Some of the videos take days but some of them take months to make.’

Holly first found fame on Vine in 2015 before transitioning to TikTok and her bite-sized videos can range from lip-synching to songs, taking part in viral trends and performing popular dances. 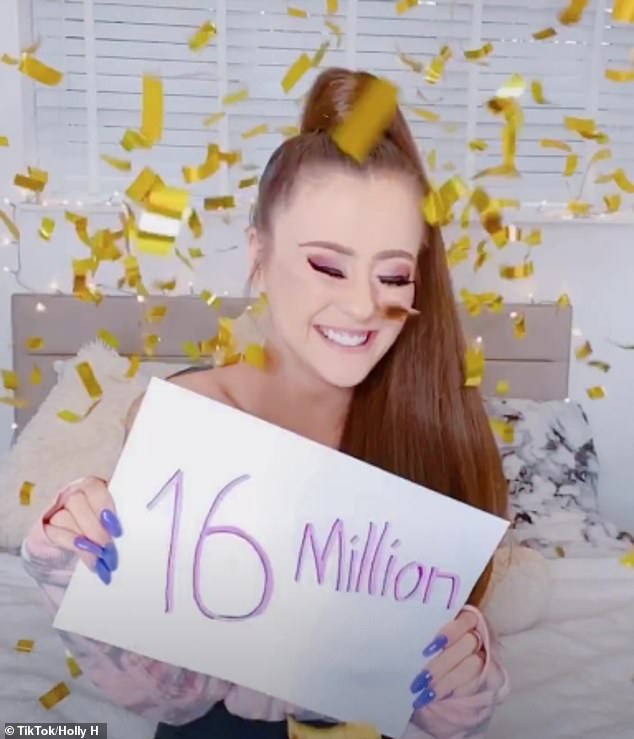 Every morning Holly wakes up early to make sure content is uploaded, before speaking with her team and then spending the afternoon making 15-60 second videos, she is pictured in a video celebrating 16 million followers 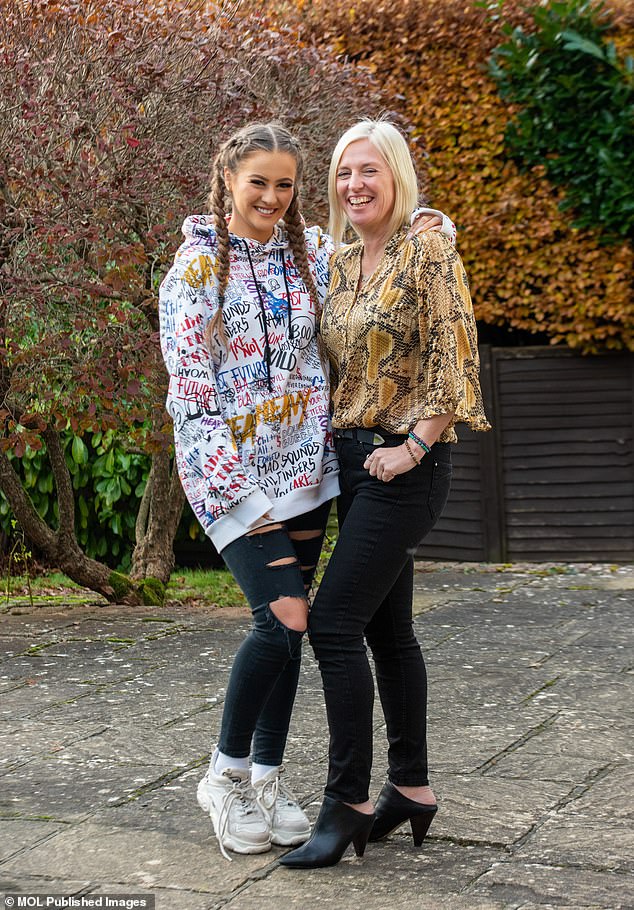 Holly lives at home with her mother jody (pictured) and siblings, Megan, 19, and Phoenix, 12 in four-bedroom home on a private estate in West Sussex

In May this year it was reported that the online star is being considered for the upcoming series of Strictly, with BBC bosses keen to sign Holly despite her reportedly turning down the show in the past.

Holly shares a management team with Ricky Gervais and Adele and has worked with the likes of R&B star Raye and pop band Maroon 5, promoting their songs.

Holly lives at home with her siblings, Megan, 19, and Phoenix, 12 but has moved the family from Guernsey to a four-bedroom home on a private estate in West Sussex so she can be closer to London to meet advertisers and agents.

However Holly says she had no plans to become famous on the platform, insisting: ‘I honestly started social media as fun and had zero intention of it becoming anything. 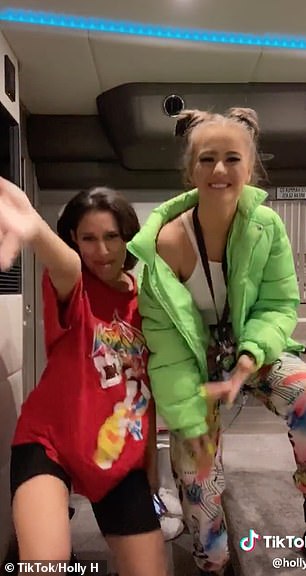 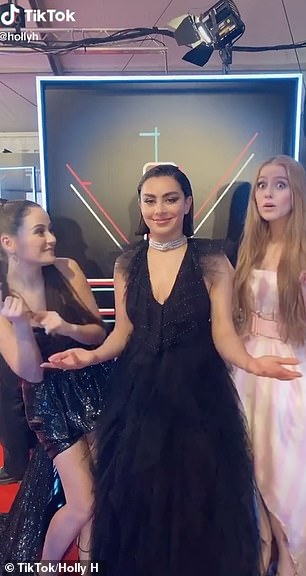 Her social media fame has allowed her to bag deals with brands, attend the Brit Awards, meet the likes of Charlie XCX (right) and Raye (left) 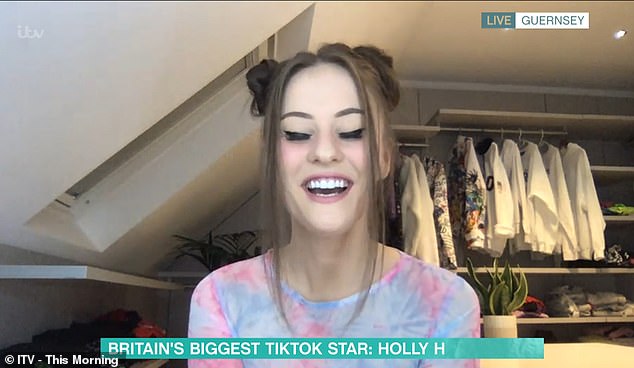 ‘I enjoyed making content and thought it was a fun thing to do, and then suddenly this happened.’

Her mother, Jody, 45, was equally as shocked at her daughter’s lucrative new career path and ‘doesn’t really understand’ how her daughter is earning such a high wage.

‘My friends are like, ‘What is that?’ Jody, previously told The Mail on Sunday. ‘I say, ‘Honestly, it’s weird. I don’t really understand it but she’s making money out of it so we just go with it.’ And it’s a lucrative career. It shocks me.’

‘I think it’s quite crazy how this entire world has become a job, Holly said on the show,  ‘I knew being something like a YouTuber was a career as such, but I never thought of Tik Tok as a career.’

When it comes to making money, Holly can be seen on her Tik Tok account promoting perfume for Italian luxury goods company Ferragamo and even has her own animated character for video game Slide Stars. 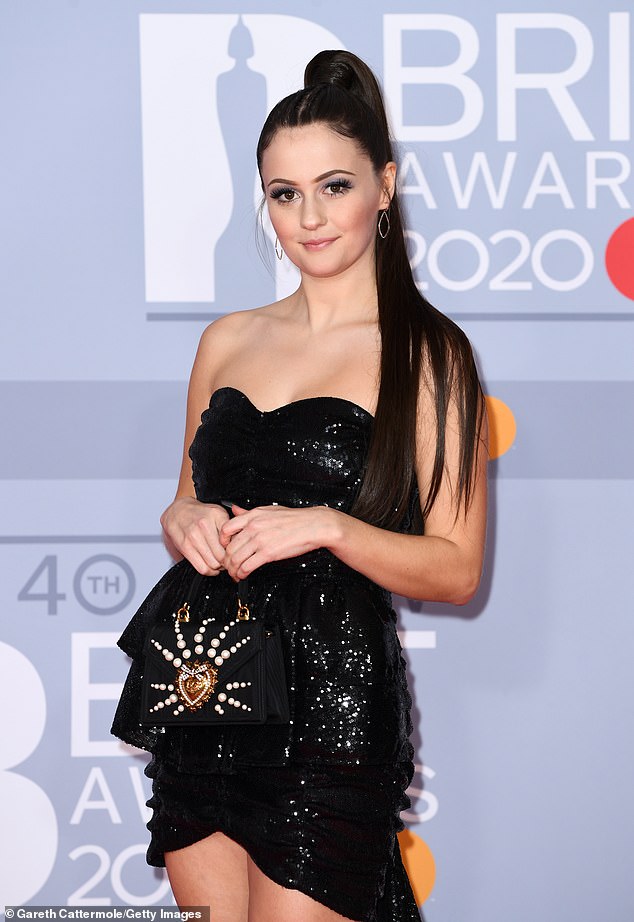 It was estimated earlier this year that Holly, pictured at the BRIT awards in London this year, earns a six-figure salary 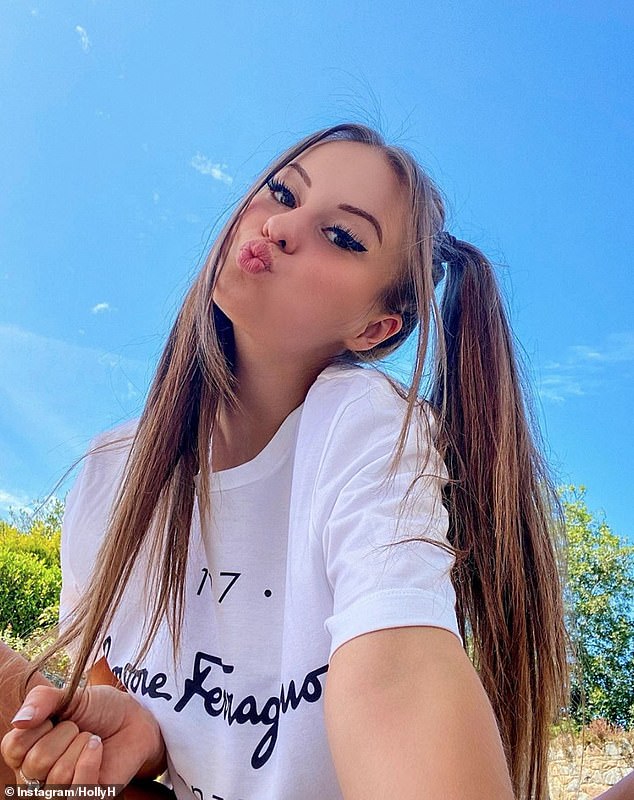 When it comes to making money, Holly can be seen on her Tik Tok account promoting perfume for Italian luxury goods company Ferragamo and even has her own video game character

When asked on the show how to make money on the platform, she said: ‘I would honestly say not having that intention to begin with is probably the best way to go about it.

‘I had absolutely no clue, I had to be told I could do something with it, because my intention was never that.

‘But when brands started approaching me and said “Do you want to work with us on a campaign” , I was ignoring everyone at the start.’

As for her own favourite Tik Tok user, Holly admitted she can’t choose a favourite, as the platform contains so much different content.

‘There’s so many people on there now, she says, ‘I mean there’s so many different types of content on the platform you can’t box in your favourite person.’

Each of her videos has around one million views, while others can reach nearly five million – but Holly still admits she has no idea why she’s been so successful on the platform.

‘I say in my bio I have no idea why I have so many followers’, says Holly, I think everyone is always searching for what makes something go viral and if everyone knew what goes viral, then everyone would go viral.

‘I think it’s not something you can define as having a certain set of things but being in the moment and being authentic is something people respond to.

‘ A lot of the stuff that is very natural is the stuff people respond to the best.’