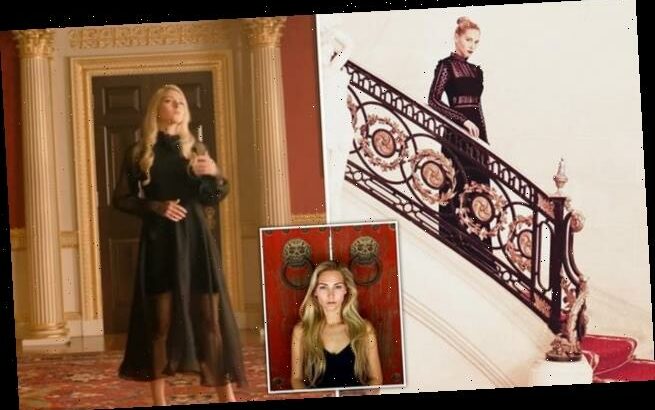 High society poet known as Arch Hades, 28, who gained millions of fans with emotional verses about her divorce reveals her father was killed ‘by Russian mobsters’ and her entire family has had to change their names

A glamorous divorcee  who used her breakup at 26 to pen emotional modern poems and gained millions of followers on Instagram has revealed her father was ‘killed by Russian mobsters.’

Arch Hades, 28, from London, discovered her passion for poetry when she turned to it for ‘solace’ in lonely spells at her all-girls boarding school.

The author, who goes by a pseudonym, saw her first book High Tide  charged up the international bestseller lists in 2019, before she released a second bestseller Fool’s Gold last year.

Now the ‘astonished’ author has opened up about her childhood in Russia and father’s death at the hands of the mob, telling Tatler: ‘At one point he really tried to stand up to them. He wanted to make a change. Unfortunately, he was murdered for it. They do what they want, they take what they want…’ 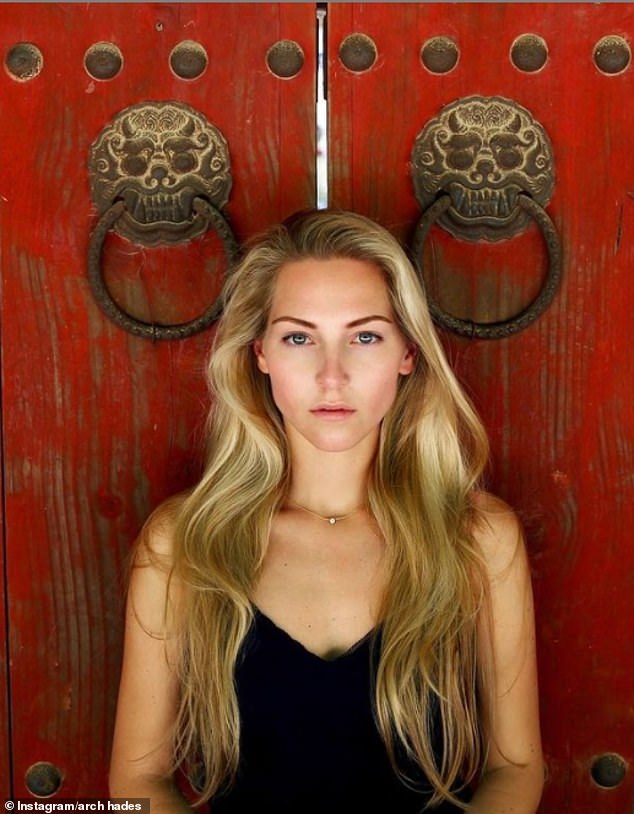 Insta-poet Arch Hades, 28, from London, who penned a bestselling book about her divorce aged 26, told Tatler her father was killed by Russian mobsters

She said she was born in Russia, which she described as a ‘total mob state’ where her family ‘had nothing.’

She claimed her father was killed after he began to make a name for himself within the shipping industry.

Arch moved to Knightsbridge, in London, with the rest of her family at the age of eight, at which point she said her family changed their names ‘because they didn’t want to take any risks.’

She explained: ‘As quasi-refugees, we had to change our names, go through all kinds of processes.’ 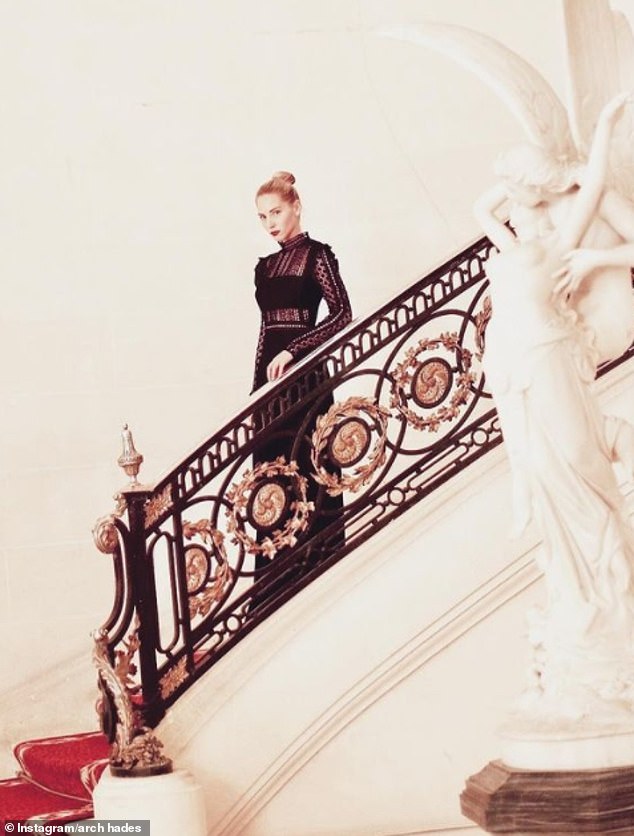 The poet and photographer was born in Russia before moving to London at the age of eight, and said her family were forced to change their names in order to keep safe

She said she was unable to speak English and was nicknamed ‘the Russian’ by her classmates in her prestigious school Hill House, which Prince Charles attended.

She went on to attend the prestigious boarding school Wycombe Abbey where she made a handful of good friends, and developed an ear for poetry and classics.

Speaking to FEMAIL on the release of her first book, she said she first began writing poetry in school after finding herself lonely.

‘Unfortunately, I didn’t have many friends because I wasn’t cut from the same cloth and at that age anything foreign is heinous,’ she explained. 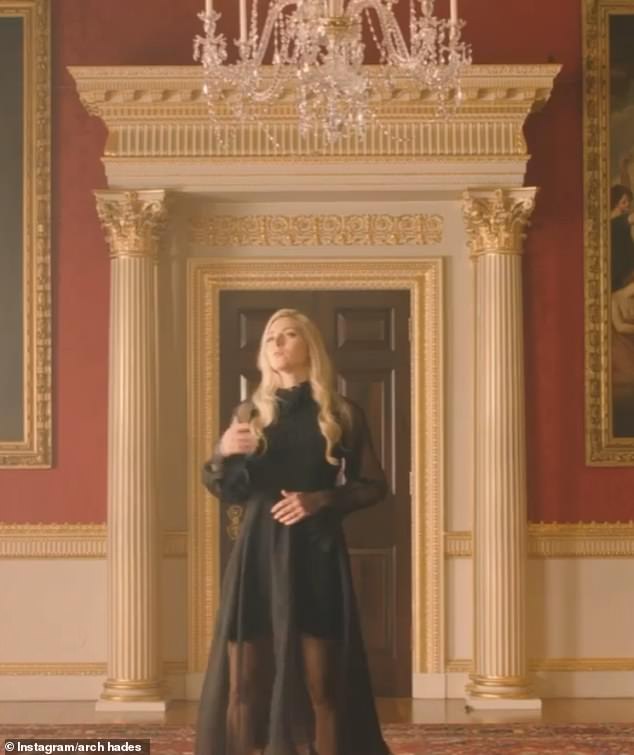 Arch moved to Knightsbridge, in London, with the rest of her family at the age of eight, at which point she said her family changed their names ‘because they didn’t want to take any risks’

‘As it was a boarding school, it was a pretty lonely existence and, in the evenings, I’d go to the empty library to cry in peace, but after a while I ended up reading most of the classics there over the course of seven years.’

‘It was an immense learning curve and something that matured me considerably. But politics tends to polarise people.’

Giving an insight into her turbulent love life, she added: ‘I was with my ex-husband for five years. 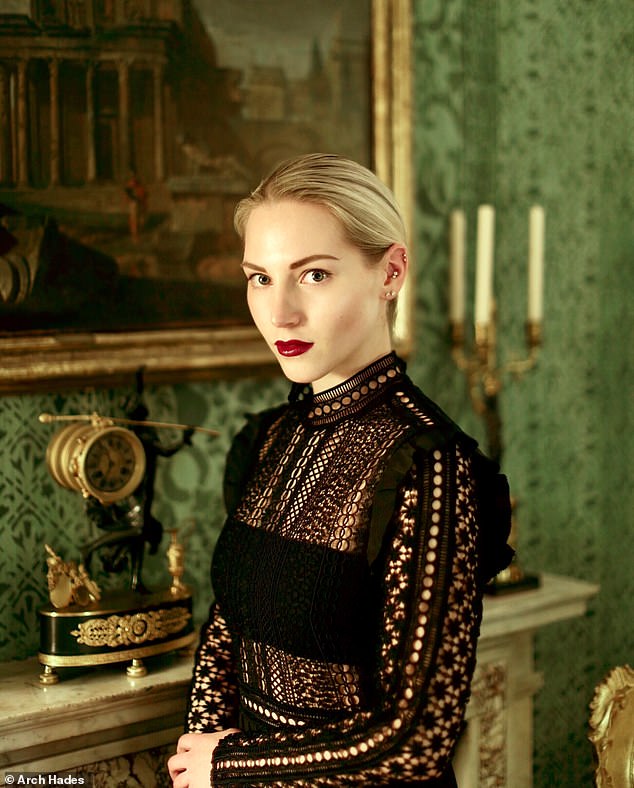 ‘Then after an unpleasant divorce I fell into quite a challenging long-distance relationship, which ended quite dramatically.’

She added: ‘I harbour no ill feelings towards anyone, regardless how things ended or why, I guess I’m just a hopeless romantic and I don’t believe there’s such a thing as wasted love.’

She now spends her spare time tearing through books and has eclectic taste – Goethe, Virginia Woolf, Somerset Maugham and the cult Slovenian philosopher Zizek are among her favourites.

Arch’s debut book became a number one poetry bestseller in Canada and Australia in 2019, reached the Top 20 in the USA poetry charts and peaked at number seven on Amazon’s Poetry chart in the UK – and has become an official bestseller with sales of more than 10,000. 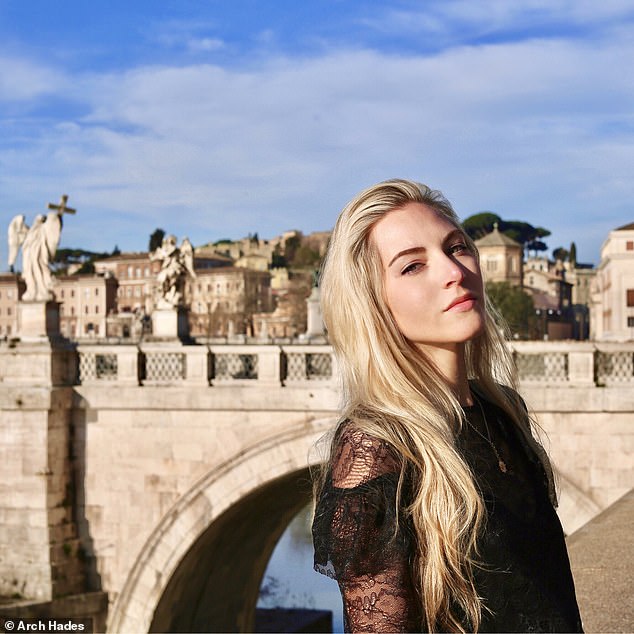 The author favours a traditional approach to verse rather than contemporary styles, and says she is influenced by the 19th Century Russian poets.

She published the volume, which she describes as a unique blend of classical rhyming poetry and aphorisms about modern romance, after first posting some poems on her Instagram account.

Her writing draws upon her own experiences of romance and heartache and the joy of finding new love after her divorce.

The poet says that deciding to share her work on social media was probably the biggest step she’s ever had to take. 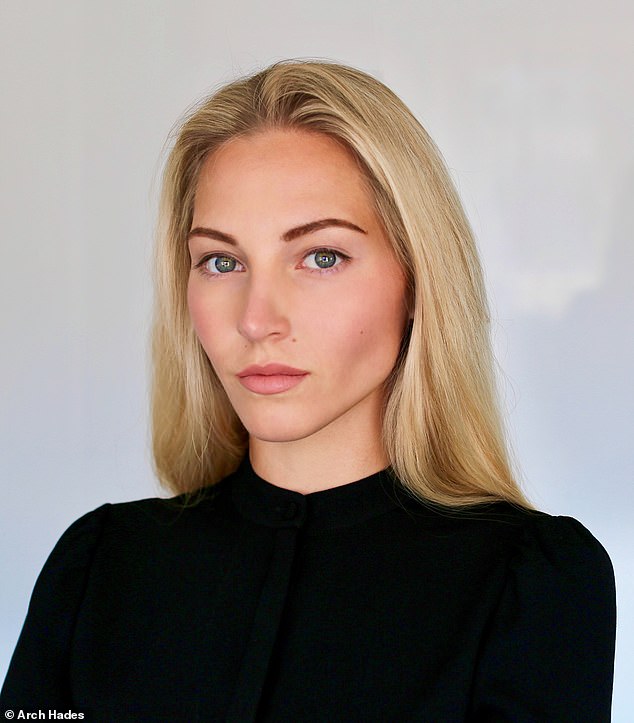 ‘I was putting all these intimate thoughts out there in front of other people for the first time,’ she explained.

‘But the response I received was nothing short of fantastic, with so many people commenting that they could identify with my writing.’

And the opportunity to collect her writing into a published volume was one Arch couldn’t resist.

‘Reading romantic poetry online for free is one thing but handing over money for a book is something else,’ she said.