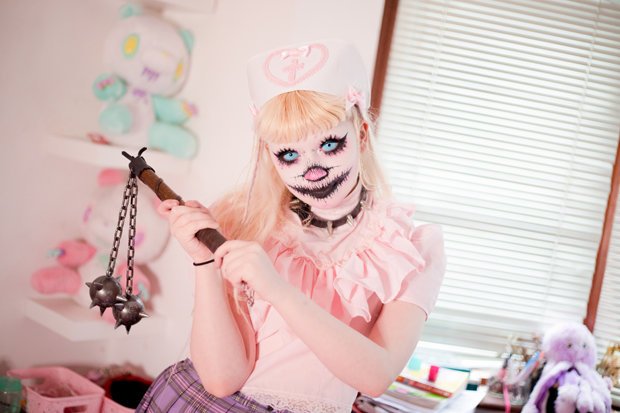 The Instagram influencer prefers to be referred to as “they” rather than “she” or “he”.

The non binary Londoner wears a binder to flatten the chest and is also considering surgery in the future.

The fashionista draws inspiration from Japanese culture and mythological creatures to create their look.

Jazmin said: “When I started out I was playing with different things and different subcultures and styles and looks and managed to just keep on evolving into my own thing.”

Over time, this has created a “monster” persona, which they admit can scare passers-by.

While many may be intimidated by the appearance, the social media star insists they aren’t a violent person.

Jazmin said: “I just think it’s really funny for someone so small, like really cute looking, but you know I mean to have all these weapons.

“I don’t even fight, like never been a physical fight.

“I’ve never thrown a punch in my life.

“I will probably get [rid of] my chest completely, so it is just flat and there is nothing there.

“That’s ideal but obviously, surgery is very expensive and also not very risky in this day and age but is just like a big leap.” 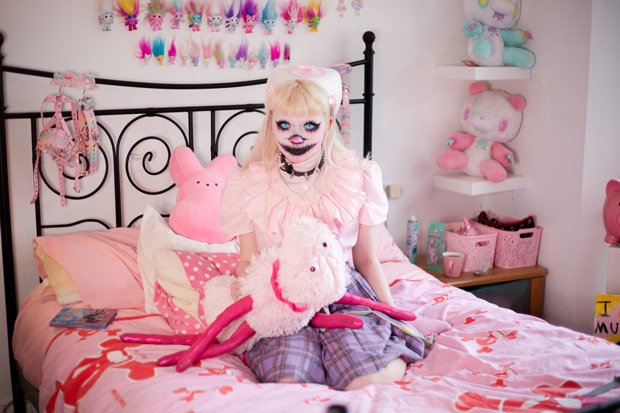 Jazmin’s friends and family are more accepting of the look than passers-by on the street.

The self-proclaimed “genderless monster” said: “I am lucky to have everybody just kind of enjoy and be proud of what I am doing more than any other reaction, which is good.

“My close family are all really supportive.”

The page reveals pictures of quirky outfits and inspiration, which the influencer hopes will encourage others to express themselves.

They said: “My advice to anyone that wants to start dressing like this or sees people and it is like ‘oh I wish I could do that’, find your own thing before anything because obviously, we don’t like copiers.

“Find your own thing before anything and just evolve that.”