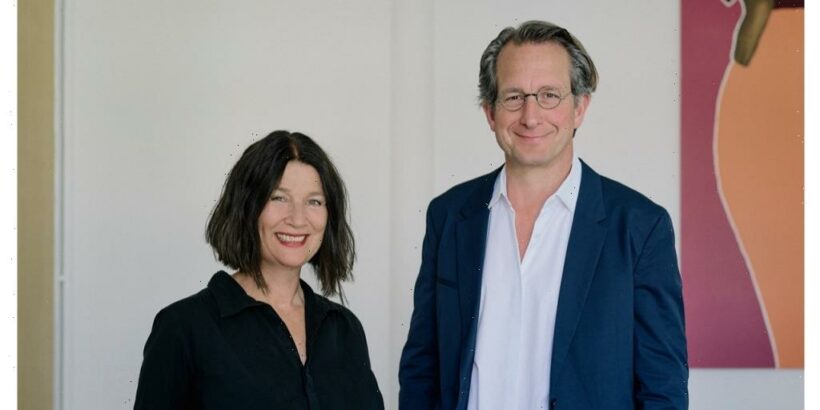 Welcome to Deadline’s International Disruptors, a feature where we’ll shine a spotlight on key executives and companies outside of the U.S. shaking up the offshore marketplace. This week, we’re talking with top German talent agency Players. Headed up by Mechthild Holter and Fabian Haslob, the duo have clients that have worked across recent projects such as Babylon Berlin, Unorthodox and Deutchland ’89. In a rare interview, they tell us why now is a great time for German-speaking talent to cross borders.

With film and television sectors more globalized than ever, international talent has fast become a premium for streamers as they lean in on local language productions in foreign markets to offset stagnant domestic growth. One company at the sharp end of this change is Germany’s Players Agency. The company, which was founded by Mechthild Holter in 1994, represents around 180 actors, writers, directors and cinematographers and is largely considered one of the top agencies in the German film and television industry. The company has solid working relationships with several London-based agencies such as Curtis Brown and Tavistock Wood.

For the last few decades, Players has been quietly building a client list of international and German-speaking talent that have seen success at home and abroad. It currently boasts clients such as mini-series directors and writers from Babylon Berlin (Henk Handloegten and Achim von Borries), Dogs Of Berlin (Christian Alvart), The Crown (Christian Schwochow), Barbarians (Barbara Eder), Perfume and Riviera (Philipp Kadelbach), Unorthodox (Anna Winger), Killing Eve (Emily Atef) and The Empress (Katrin Gebbe). Clients such as Oliver Hirschbeigel, director of Oscar-nominated title Downfall and Netflix series The Same Sky, as well as Unorthodox director Maria Schrader have been on their books from nearly the beginning of the company.

“We like to have the idea of getting old with our clients,” Holter tells Deadline. “We select our clients not just based on their talent but on the chemistry we have with them. It’s very important that we get along and we’d like to think we are in it for the long-term. We don’t hire and fire people.”

Holter set up Players officially in Cologne in 1994 (unofficially in 1992), a few years after the German reunification. She had previously worked as a freelance photographer and had a stint working in film and television marketing and publicity at a PR firm. Unsettled in either role, Holter was keen to work in the entertainment field and guide the careers of some of the burgeoning talent she had come across. Initially, she signed a handful of actors and actresses to her new agency but soon realized that she was keen to work closer with directors, something many of her contemporaries at the time were not yet doing.

“I decided to take on directors and trained other agents to represent the other clients so I could switch to work with directors myself,” she says. “But the core of the old Players clients are actors and actresses.”

At present, actors such as Christoph Waltz and Daniel Brühl are on the books along with Babylon Berlin’s Christian Friedel and Meret Becker as well as Austrian-born Emily Cox from The Last Kingdom. 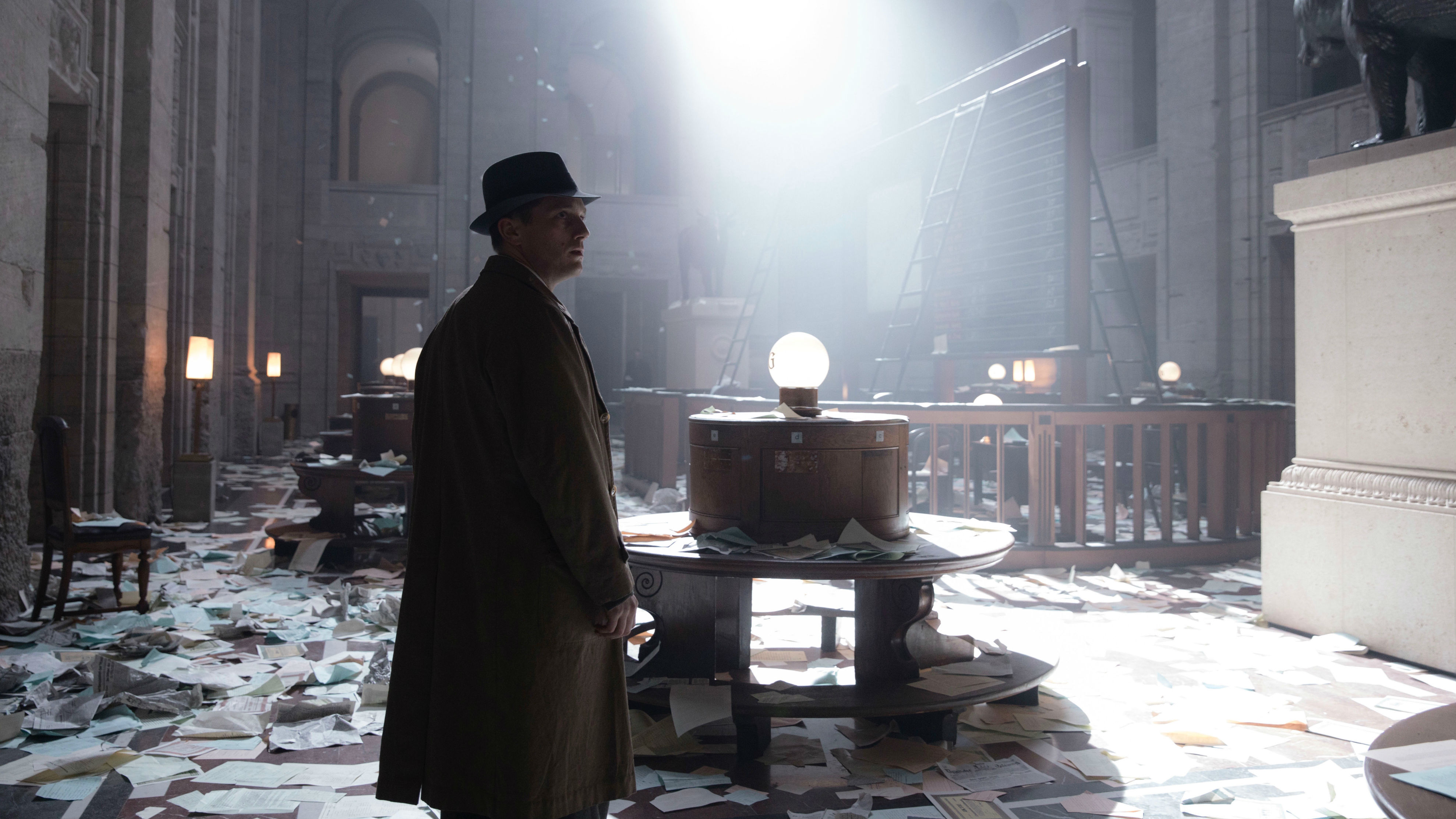 In 1997, Holter moved the fledgling company to Berlin, and it was there that she met former media lawyer Fabian Haslob, who now runs the boutique agency with Holter. Haslob, who says his early dreams were to become a media lawyer and a screenwriter, was keen to work with Holter and bring a new set of talent into the fold.

“I became a media lawyer first but never a screenwriter,” quips Haslob. “When I met Mechthild, the idea was to join forces and bring in a new department with writers and cinematographers. As it turned out, we both represent directors and I have another focus on the writer’s side and the DOP side but we both have clients that cross over from writing and directing and from film to television.”

He points to Babylon Berlin as a good example of this crossover: Players represent two of the three writers-directors, Handloegten and Achim von Borries. “These guys come from a cinema tradition, and they have crossed over into series writers and directors now.”

Today, the company employs 12 people in total, five of whom are agents (including Holter and Haslob). It’s a nimble operation that continues to focus on what Holter calls “a very special selection of talent of the highest quality.”

When selecting new clients, the focus is on “young, upcoming and new voices,” she says, admitting that she rarely adds new clients to her portfolio these days.

“We’re not trying to get established clients from others,” she says. “And even though my client list is pretty full at the moment, every now and then there is a director who I feel like I can’t say no to.”

Most of their clients are German speaking but many, they say, are reflections of the current globalized film and television community. Atef, whose film More Than Ever screened in Un Certain Regard in Cannes this year, is half-French, half-Iranian and was born in Berlin. Cox is a British-Irish actress who was born in Vienna. Or there’s Danish multi-hyphenate Trine Dyrholm (Queen Of Hearts), who’s also on the books.

“She brings everything to the table everyone wants,” says Haslob. “She’s a young woman with a diverse background, she’s a brilliant director and totally calm in the eye of the storm.”

German-Romanian helmer Miruna Lazarescu recently directed a block of episodes for season 3 of Amazon Prime’s Hanna. She was the lead director for Netflix original series We Are The Wave and directed HBO Europe and Germany’s TNT series Hackerville.

“One of the best things of being an agent in the last five years is that we have this possibility for our talent to travel,” says Haslob. “German talent and German movies rarely traveled much, especially to places like the U.S. and UK, and now it has changed so dramatically. There’s really a lot of opportunity in the sector.”

Holter adds, “Now, more than ever, we have to look at the international potential of all of our clients.”

Despite the changing landscape in the industry, with many top-tier writers and directors making the transition from feature films to TV, Holter and Haslob feel strongly that independent cinema is, and will continue to be, where their talent finds their voices.

“I think one of the most interesting areas to work in right now is still within the European cinema feature film business,” says Haslob. “It’s the best path into an agency – to have an A-list festival movie that fascinates people.”

He adds, “For me, cinema is the freest artistry. It can be unconventional and doesn’t need all these plot point situations. If you go to international film festivals and you look at the many films shown there, you can be devastated, very bored or very surprised – everything. It’s the only situation where a director or writer can be as free as possible in his artistic voice. Having said that, only a few German movies per year make it into these elite festivals but I do think it’s the most interesting art form. If you have shown that you have your own voice in cinema, it qualifies you for making an outstanding series. That’s my theoretical approach.” 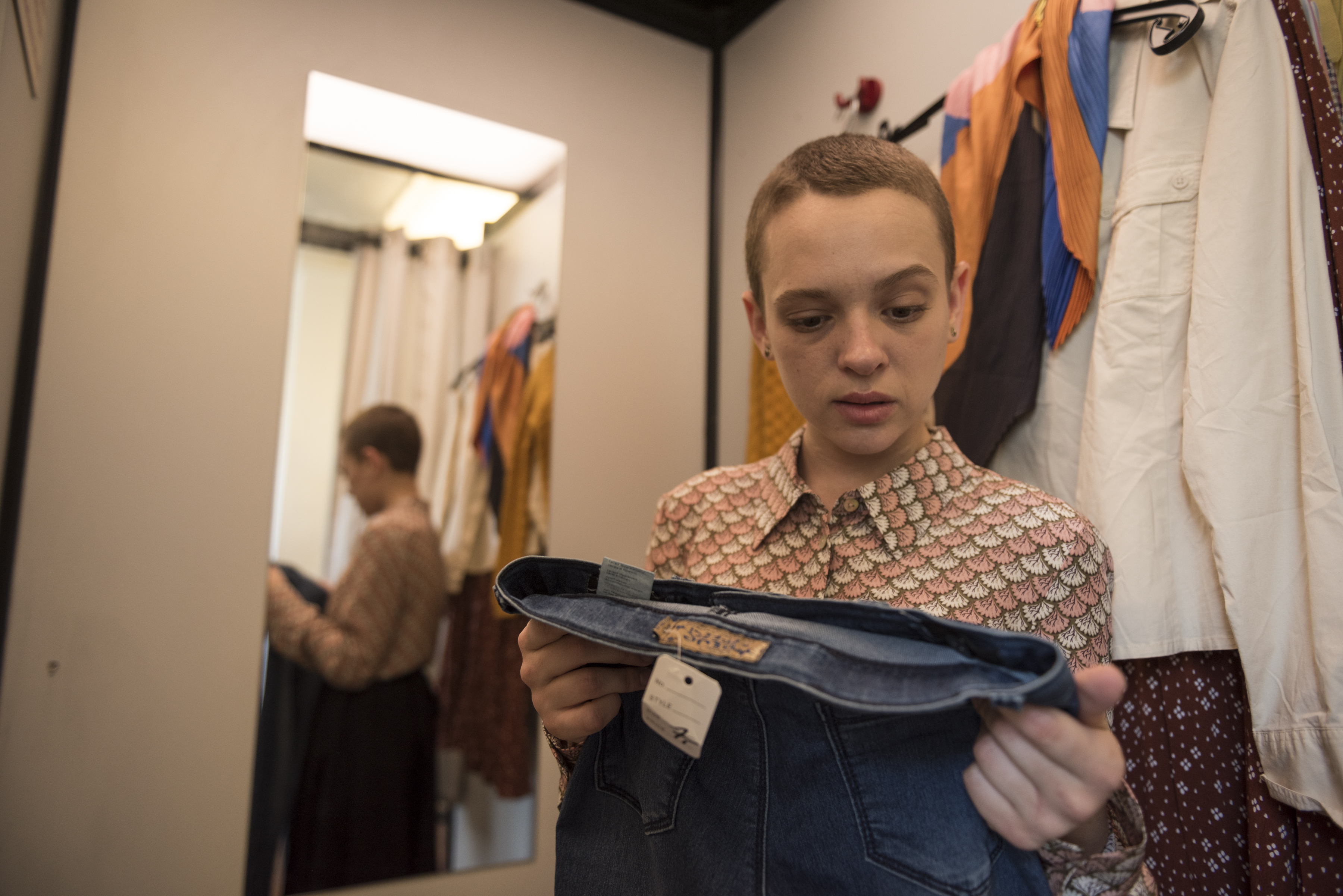 However, transitioning from film to series is, of course, not seamless. One thing that Holter and Haslob have been particularly mindful of with their clients is assessing whether they can cope with the demands and stress of repeat series. Feature films, they note, are more of a “sheltered world” where a writer-director can take time to develop scripts and enjoy a longer lead time from production to screen.

“Now it essential for us to find out, with the development of the streamers, whether our talent can keep up with this kind of structural challenge of series,” says Holter. “There are challenges with speed, storytelling and availability and we’ve had some positive and negative experiences with both.”

She points to Babylon Berlin as being a positive example of changing formats. “All three of these writers and directors had come from cinema. For them, this was the only chance for them to tell this kind of story to the world in this format because if they had wanted to make this as a movie, it would never have been financed.”

While Players does not package titles like the big U.S. agencies, it does facilitate networking events for clients to organically get to know each other. “There’s a certain kind of taste community at Players,” says Holter, with Babylon Berlin and Unorthodox both having a few their clients across each project.

As the world opens up, Holter says it’s important for them to forge ties with other international agencies. Already the company has close ties with UK outfits such as Curtis Brown, Tavistock Wood and United Artists, with a crossover of clients. Some years ago, Tavistock Wood tapped into their client base to bring artists like Brühl and Waltz to the English-language market. But it was still a challenge to get German-language projects to international audiences.

“In the old days, our directors and writers didn’t qualify for the international market at all,” says Holter. “That’s why I think it’s really important that we strengthen and intensify our relationships towards international agency partners. We want to be able to accompany the careers of our talents, including the actors and actresses, so that they have the bases to be compatible in this changing industry.”

She adds, “We’re not just looking for partners, we’re looking for chemistry. We want to find collaborations where we can really cooperate and discuss together what is best for the client.”

“Globalization is really interesting at the moment and in light of that, we’d like to have closer relationships with the commissioning companies,” adds Haslob. “We’re talking to Netflix, Amazon, HBO and others and we are happy to intensify this conversation to enable writers and directors to have these conversations. The playing field is a bit broader these days so it’s maybe not just the producer you can talk to, but the commissioner too. Communication is key as the industry is changing so quickly.”