One day I’ll be a princess! Intimate snaps of a young Meghan show what life was really like for her growing up – including one of her in a fairytale dress

Intimate snaps from Meghan Markle’s photo album have given an insight into what life was like for her growing up in California.

The pictures suggest Prince Harry’s fiancée, now 36, dreamed of becoming a princess from an early age, wearing a blue fairytale dress at a fancy dress party.

One playful snap shows Meghan covering her eyes while sitting on the floor at school with pals, while another shows her on stage – demonstrating how her acting ambitions also developed early on.

The new photos come after other remarkable snaps showed a teenage Meghan posing outside Buckingham Palace at the age of 15 with friend Ninaki Priddy.

Here, FEMAIL takes a look at the pictures that show how a happy-go-lucky Meghan grew up to be a princess… 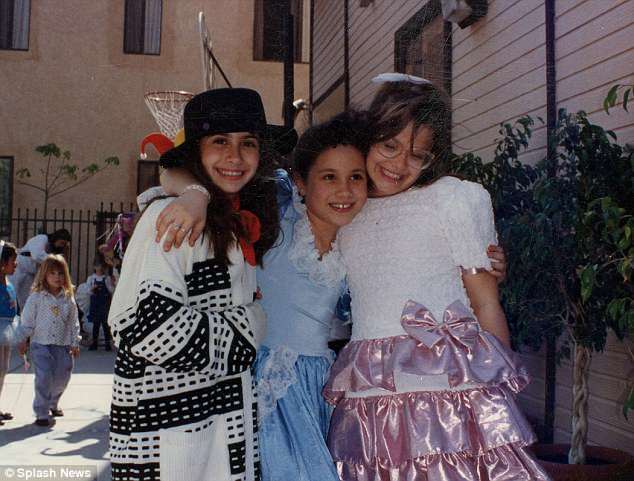 The candid photos show Meghan (left, with a pal) looking relaxed while at school in California 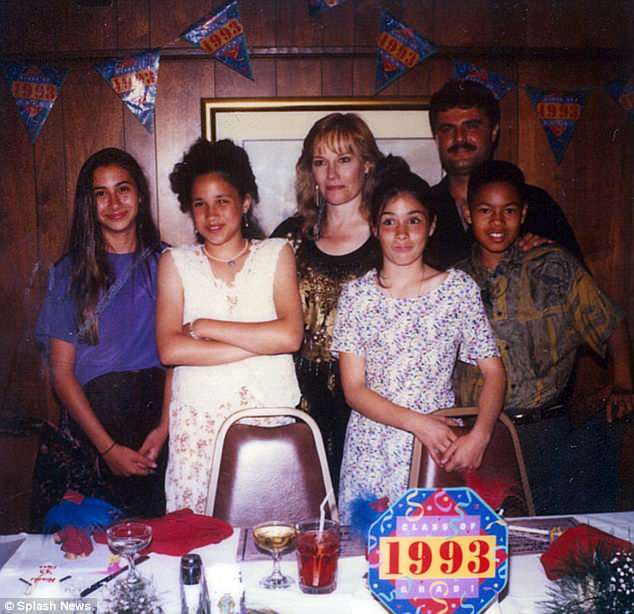 Meghan posing with friends at Class of 1993 party, when she would have been around 12 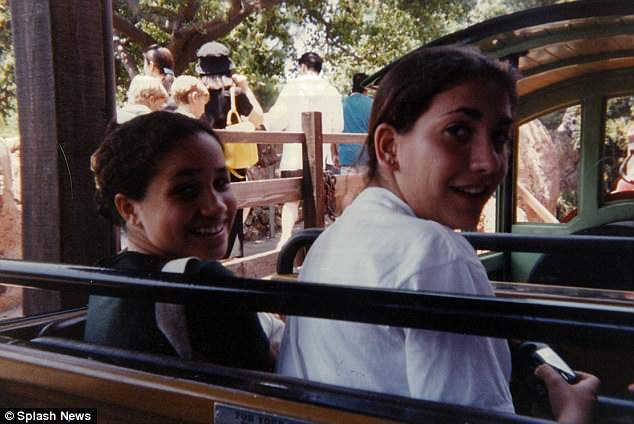 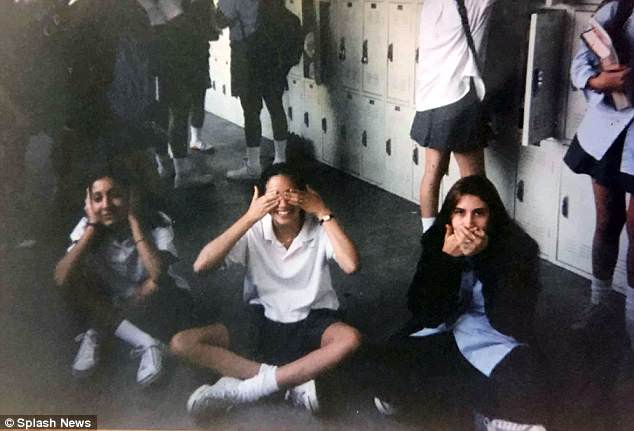 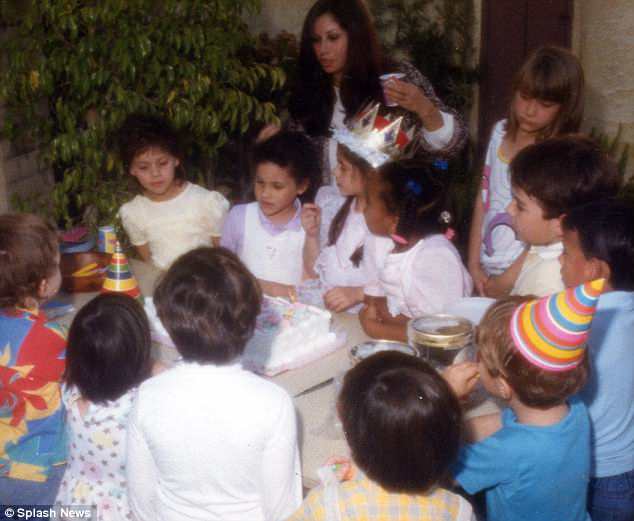 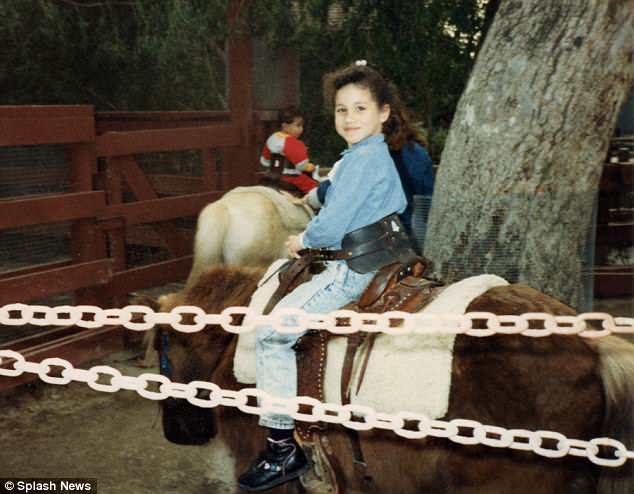 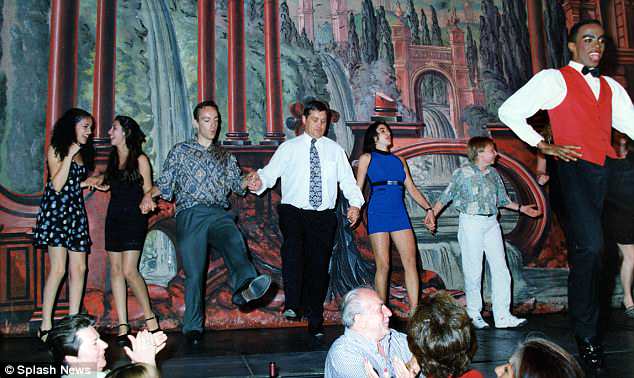 The Suits star’s acting ambitions were evident from a young age, as shown by this picture of Meghan (far left) on stage 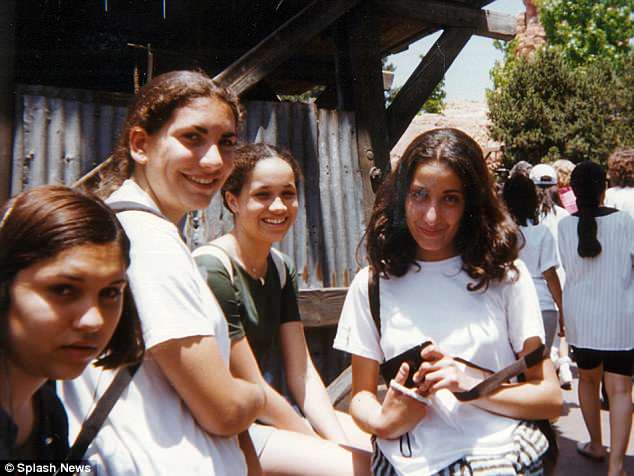 A fresh-faced Meghan (centre, back) is pictured while on a group trip with friends 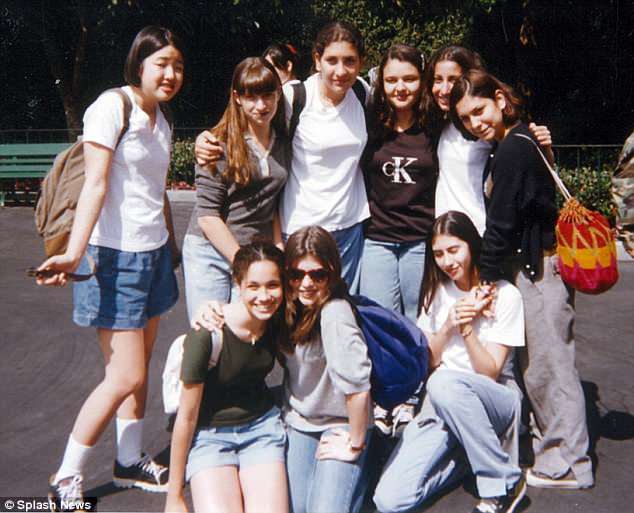 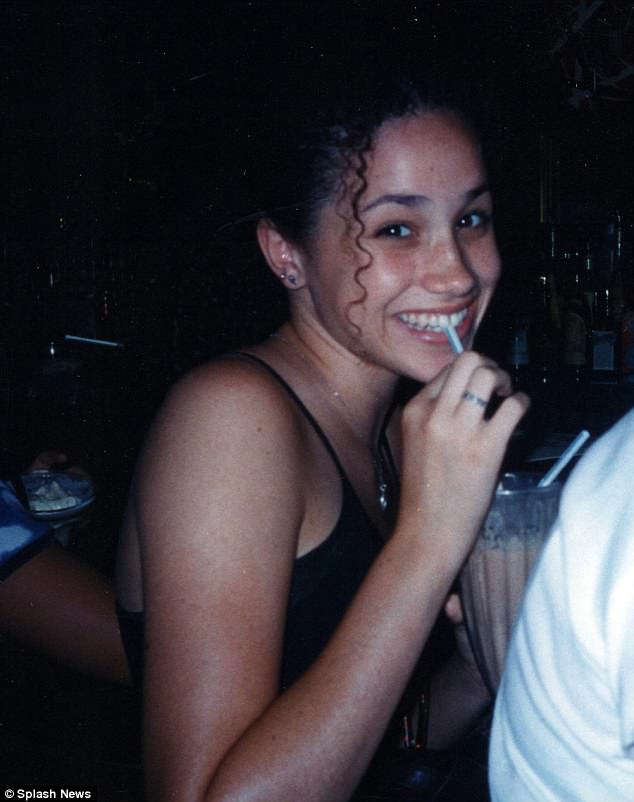 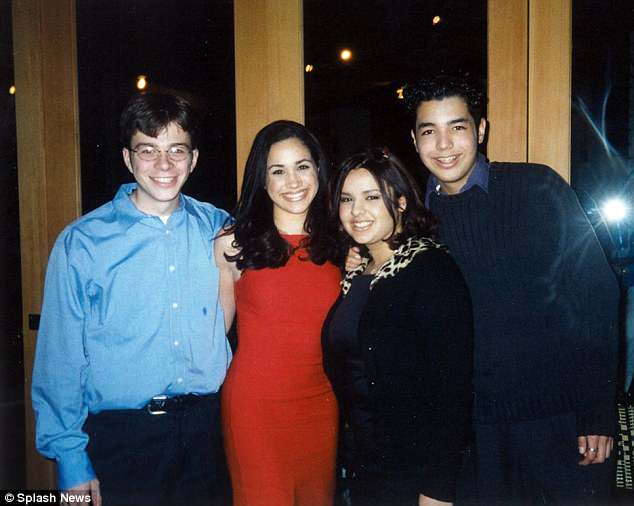 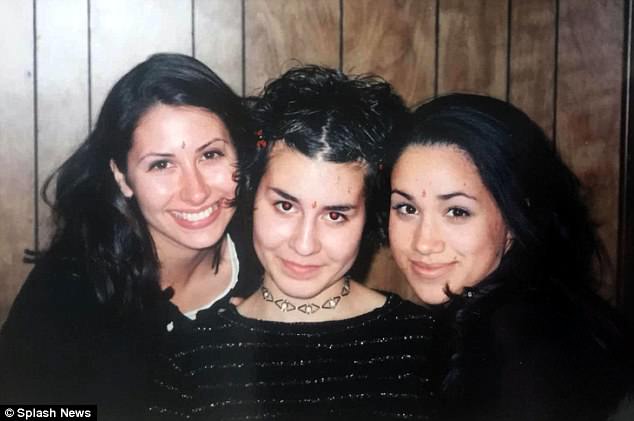 Meghan (far right, with friends) appears to be wearing a Bindi in this group shot 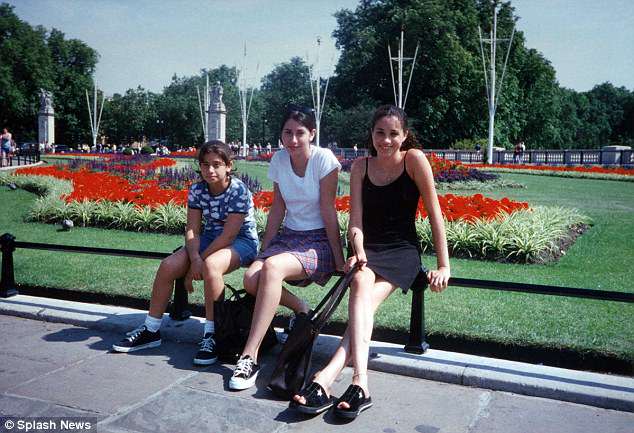 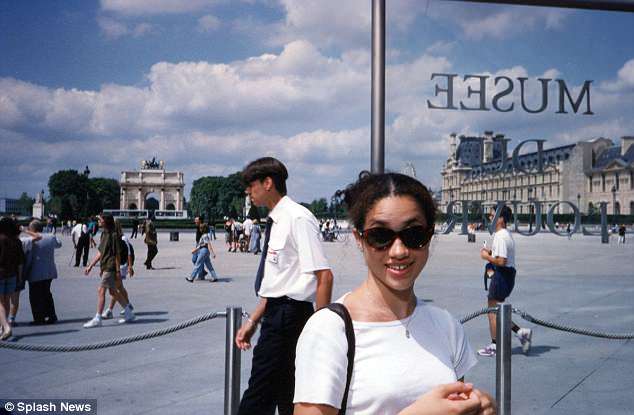 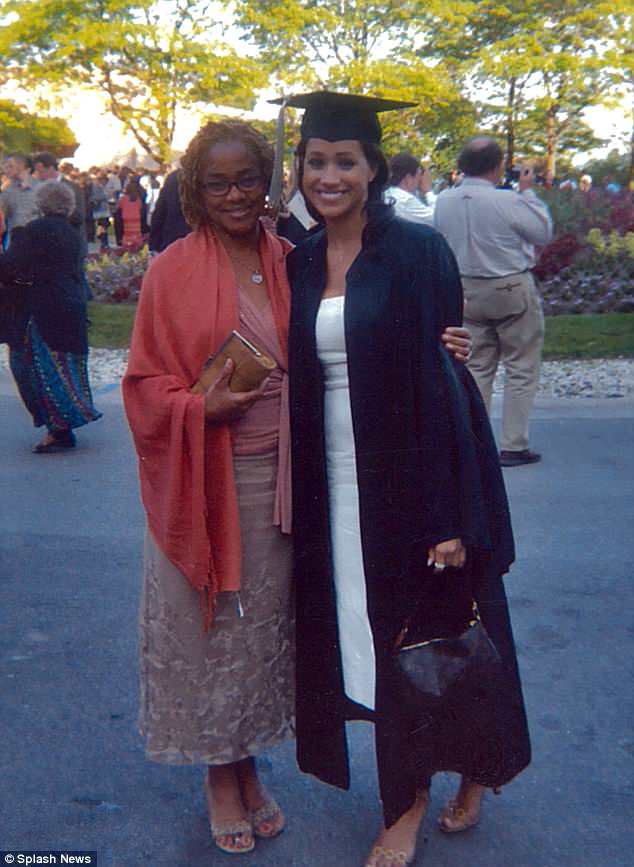 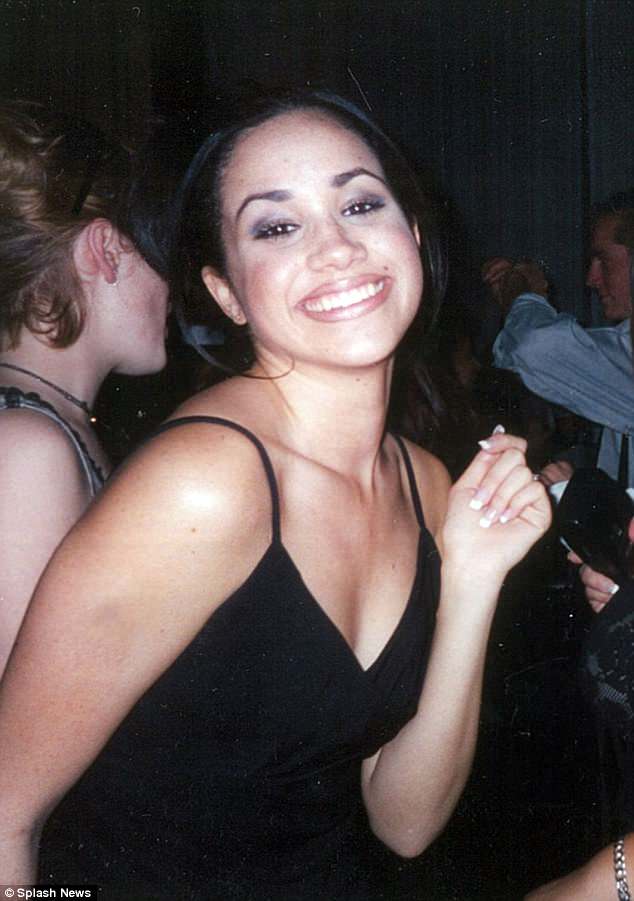 Meghan, wearing a black slip dress, is seen showing off her dance moves while at a party 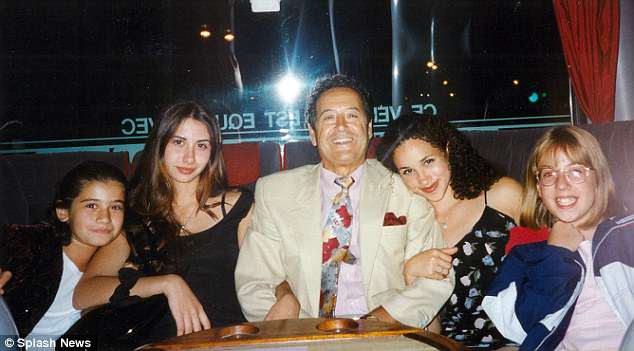 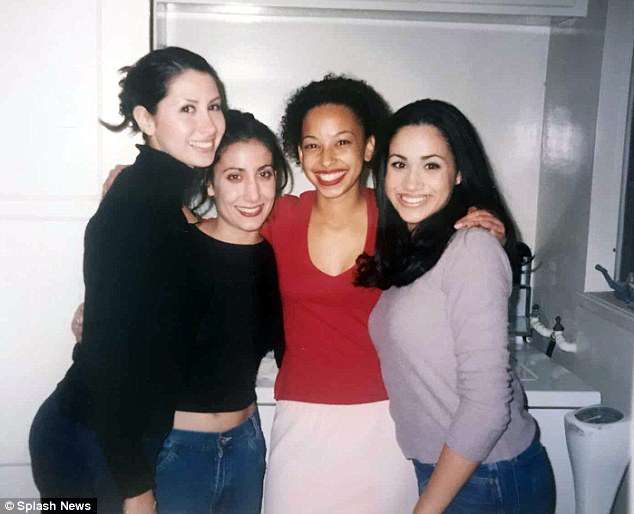 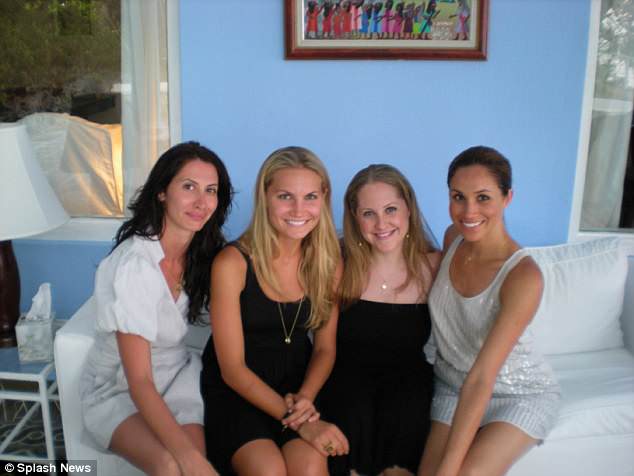 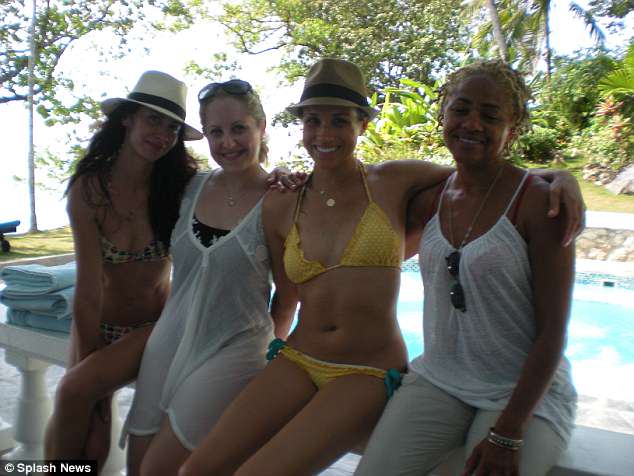 Meghan was pictured in a yellow bikini with mother Doria (far right) in Jamaica, before marrying ex-husband Trevor Engelson