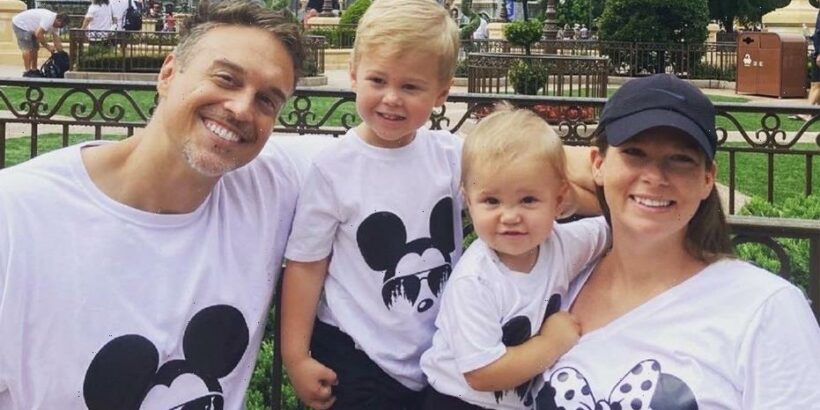 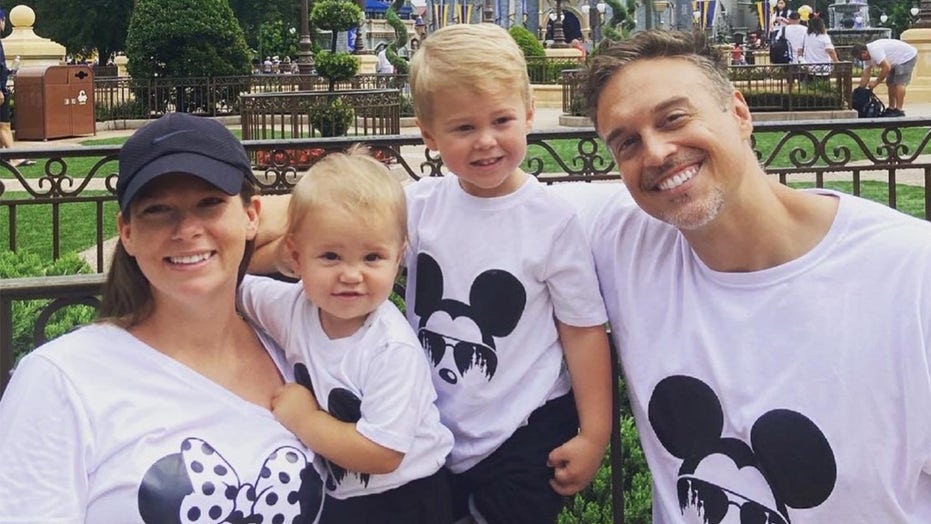 Nearly a decade ago, Joshua Broome was in the business of pornography.

But the 39-year-old left that all behind — and told Fox News Digital the inspiring story of how he became a Christian and a preacher.

Broome, born in Charlotte, N.C., and today on the teaching team at Good News Baptist Church in Cedar Rapids, Iowa, travels the country sharing his story and reaching out to others. “I think that trauma and pain and mistakes may entangle you,” he said. “They hold you back from the life that God designed you to live.”

He also said, “I want to be the person to help untangle that web.”

Hope is the one who told Joshua Broome, “God defines who you are.”

‘Counterfeit version’ of a dream

Joshua Broome started out as a 22-year-old struggling actor in Los Angeles.

Although he was “having some success” with runway and print modeling, plus improv and low-budget films, Broome said he was still living “far” beyond his means. 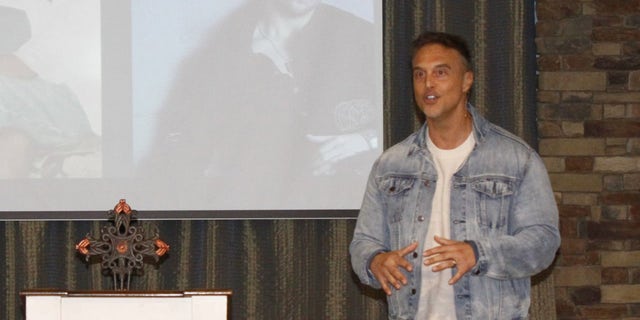 Joshua Broome, 39, of Cedar Rapids, Iowa, spent six years in the adult film industry before he decided to leave that behind for a fresh start.
(Joshua Broome)

So, to make ends meet, Broome worked at a restaurant. While he was working there one night in 2006, a group of women encouraged him to try acting in pornography.

Intrigued by the idea, Broome met with their agent, who told Broome he would be famous.

Broome said that as the agent was talking, he heard “a counterfeit version” of the dream life he wanted to have.

“I’m going to make this movie, and I’ll get a check and I won’t do it again,” he told himself.

“My lack of belief in myself caused me to think, ‘Man, maybe this is as close as I’m going to get,’” Broome said.

Broome told the agent he would give it a try — but at the same time, he said he told himself, “I’m going to make this movie, and I’ll get a check and I won’t do it again.”

Within a week of the first film being posted, Broome lost his agents for breaching his contracts with them. 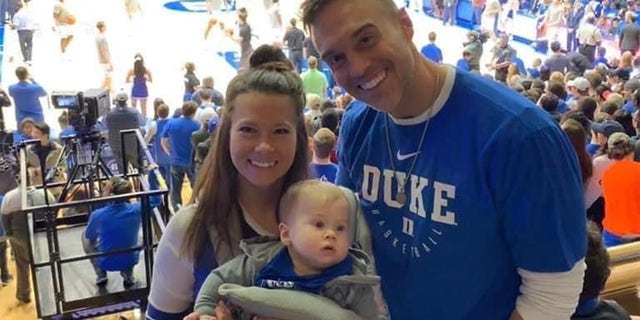 After he left the adult film industry, Broome went on to become a personal trainer and moved his way up the ranks to general manager of a gym. He’s pictured here with his wife, Hope, and one of their sons.
(Joshua Broome)

“All of a sudden, everything that I worked for and the entire reason I’m out there [in Los Angeles] exploded,” Broome said.

Broome’s thoughts shifted after his mother found out about the film.

“In that moment, I could have and should have just tucked tail and run home and [done] something else,” Broome said. “But I allowed my decision to define my identity.”

Broome went back to the agent that he’d worked with on the adult film — and proceeded to work in the industry.

‘Everyone knew me by my stage name’

Broome, who went by the pseudonym Rocco Reed, had a very successful career in the adult film industry.

He said he appeared in more than 1,000 movies, earned $1.1 million and was nominated three times for Best Male Performer of the Year by the AVN Awards (those are the film awards sponsored and presented by the American adult video industry trade magazine AVN, Adult Video News). He traveled anywhere he wanted, he said.

“Joshua didn’t exist … Everyone knew me by my stage name because that’s who I had become.”

Broome said his career didn’t make him happy. Instead, he felt “crushed.”

Broome said he went into a deep depression and isolated himself from his friends and family.

He even got to the point where none of the people he spoke to called him by his real name, Joshua.

“Joshua didn’t exist,” Broome said. “Everyone knew me by my stage name because that’s who I had become.” 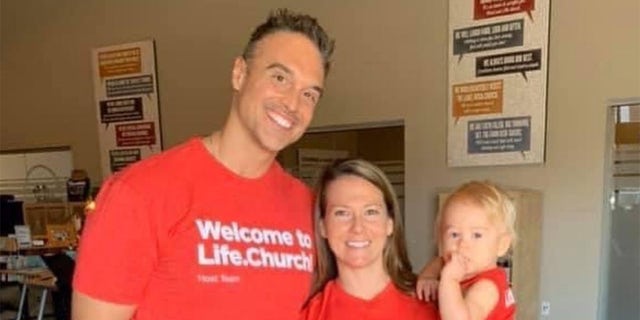 In 2015, Broome met a woman named Hope at the gym where he worked and asked her out on a date. Broome is shown in this photo with Hope and one of their children.
(Joshua Broome)

One day in 2013, Broome went to a bank to deposit a check. When the transaction was finished, the teller asked him: “Joshua, is there something I can do to help you?”

“I lost it,” Broome told Fox News Digital, describing that moment. “I lost it because [hearing] my name shattered my numbness.”

That day, Broome said he called his agent and publicist to tell them he was quitting the business.

“I packed my clothes and left,” Broome said. “Literally have never been back to California until about July of last year.”

A run turned a two-hour walk

Immediately after that, Broome went to stay with his mom in South Carolina.

Unsure of what his future held, Broome went through a personal training certification and applied for jobs at local fitness centers.

Over the next two years, Broome worked hard in his new role at the gym, moving up to a head coach, then a manager and finally a general manager.

Over the next two years, Broome worked hard in his role, moving up to a head coach, then a manager and finally, a general manager of the gym.

In 2015, Broome met a woman named Hope at the gym where he worked — and they went on a run together. 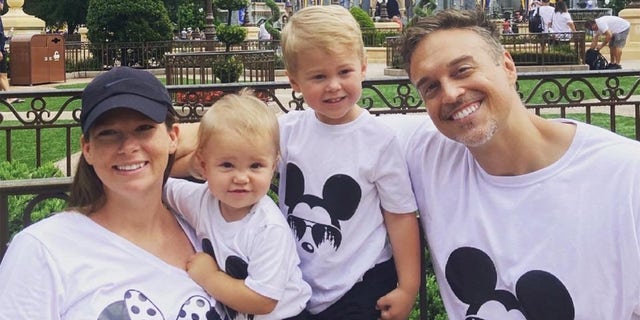 While they were on their run, Broome decided to tell Hope the truth about his past. He told Fox News Digital he had "been lying to so many people" and he wanted to be different — and honest — with Hope.
(Joshua Broome)

While they were on their run, Broome decided to confide in Hope about his past.

Broome told Fox News Digital that he had “been lying to so many people” and he wanted to be different — and honest.

“I [had] tried to date girls and I wasn’t forthcoming. My past would come up and I would hurt people,” Broome said.

“I was like, ‘I just don’t want to hurt this person. I’m just going to tell her the truth, and I’m sure she’s going to want to have nothing to do with me.'”

She told Broome, “God defines who you are.”

Hope then asked Broome about his faith — and he realized he didn’t have the words to make something up. 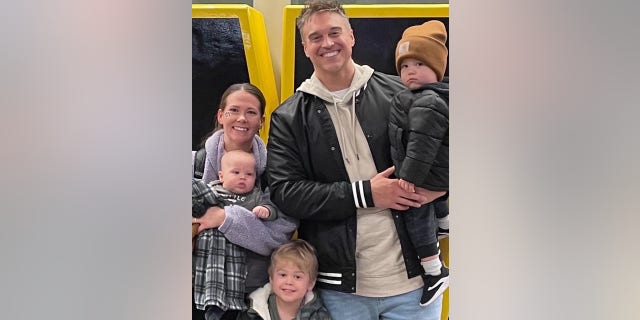 Though Broome expected Hope would reject him, instead she revealed details of her own faith journey.

“That run turned into a two-hour walk,” Broome said. Later, they continued to talk and text and see each other.

On Easter Sunday in 2015, Hope invited him to a church that she knew other gym members attended. That was when Broome heard the gospel for the first time.

Joshua Broome and Hope were married in July 2016. Today, they have three sons.

“Sharing my story is incredibly therapeutic for me,” he said.

Broome put his faith in Jesus at that moment. His transformation has been a process of dealing with mental and emotional trauma, bad habits and “poor social skills.”

“When it comes to the Christian faith, salvation is instantaneous, and it’s obtained by putting your faith in Jesus,” Broome said. “But salvation is [also] a process.”

Broome began meeting with a counselor to help him process trauma. He also met with a mentor who “would call me out on my crap when I was doing something that was out of line” and who would “take the time to encourage me when I was changing things,” Broome said. 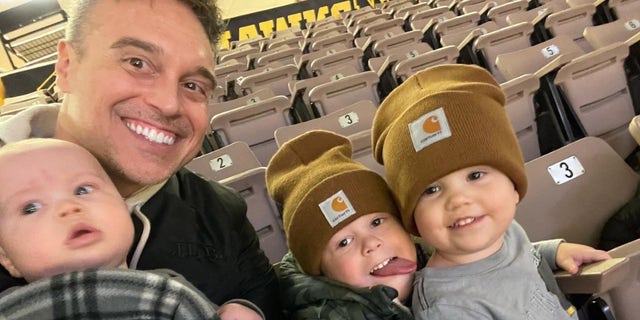 Joshua Broome with his three young sons. "Salvation is a process," he said.
(Joshua Broome)

Being open about his past is another thing that’s helped him mature, he said. “Sharing my story is incredibly therapeutic for me,” Broome said.

Broome also went to school to become a pastor, earning his bachelor’s degree in Christian ministry with a focus on biblical theology.

Today, he’s in the process of earning his master’s in theology and continues to preach around the country, speaking out on the life he left behind and encouraging people to not let their mistakes control them or define them.

“I think everyone should be using the passions and talents and gifts that they have,” Broome said.