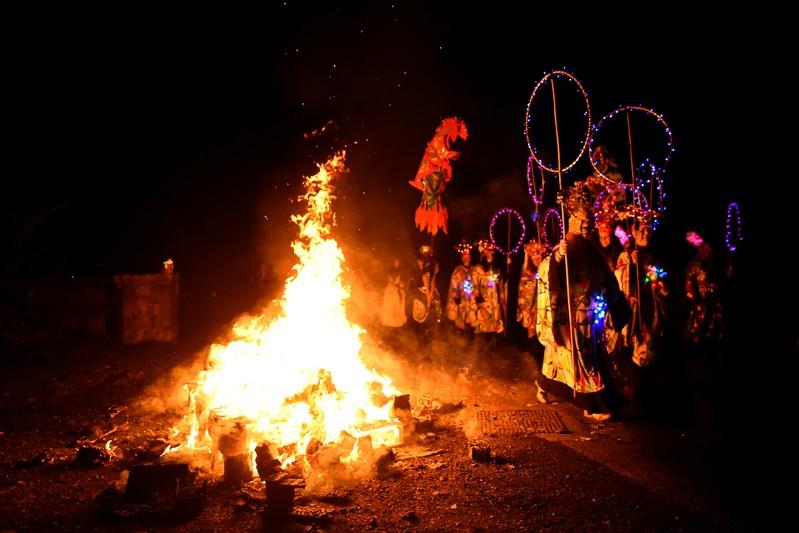 ATHBOY, Ireland (Reuters) – Irish pagans gathered at an ancient sacred site on Wednesday night to mark the festival of Samhain – a precursor of Halloween – with bonfires and a procession to honor the dead.

Pagans living in Ireland 2,000 years ago celebrated their new year on Nov. 1 when the world of the gods was believed to be made visible to mankind.

The festival presaged the modern Halloween celebrations, named after “All Hallows Eve”, the night before the Catholic “All Saints Day” on Nov. 1. Irish immigrants brought some of the traditions to the United States in the 19th century.

A procession on Wednesday evening will walk to the Hill of Tlachtga, which organizers believe was the centerpiece of the ancient Samhain, as part of the Flame of Samhain festival.