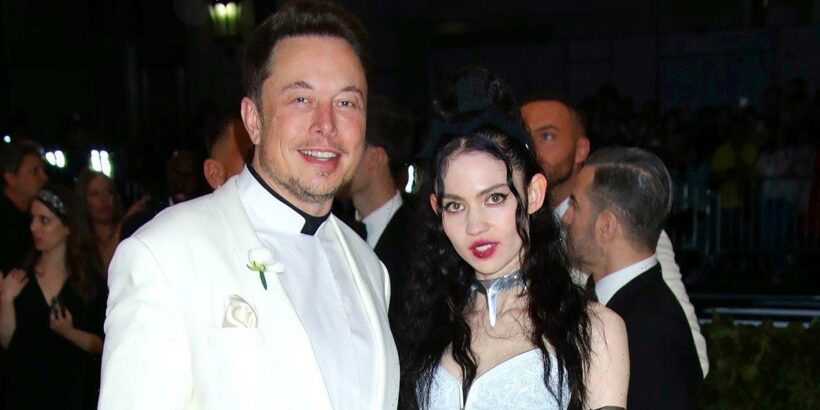 Another one! Grimes revealed on Thursday, March 10, that she and Elon Musk secretly welcomed their second child together via surrogate late last year.

The visual artist, whose real name is Claire Boucher, announced her first pregnancy with a picture of her budding belly back in January 2020.

“I thought about censoring [this] for a hot minute haha (this may get taken down anyway) but the photo is so much less feral without the nipples. Plus being knocked up is a very feral and war-like state of being,” the songwriter captioned the nude Instagram post at the time. “Might as well be what it is. Plus most of my friends told me not to post them so then I was afflicted with reverse psychology. Interrogated my shame on it and decided it was sum [sic] weird internalized self-hatred to feel uncomfortable about my body. Hope you’re having a nice day!”

When an Instagram user called the “We Appreciate Power” singer the “queen of securing Elon’s coin,” Grimes clapped back, replying, “I don’t need $ from a man. Grimes is self funded.”

Two months later, Grimes confirmed Musk’s paternity. She and the SpaceX CEO, 50, welcomed their son, X AE A-XII, in May 2020. (The South Africa native is also the father of twins Xavier and Griffin, 17, and triplets Kai, Saxon and Damian, 15, with ex-wife Justine Wilson.)

A source exclusively told Us Weekly nine months after the infant’s arrival that Grimes was “still living with Elon.” The insider noted in February 2021, “He is still involved in the baby’s life and his whole family is as well. [His mom, Maye Musk], is especially hands-on and loves helping out.”

The duo split that September. “We are semi-separated but still love each other, see each other frequently and are on great terms,” the entrepreneur said in a statement at the time. “It’s mostly that my work at SpaceX and Tesla requires me to be primarily in Texas or traveling overseas and her work is primarily in L.A. She’s staying with me now and Baby X is in the adjacent room.”

The pair, who were first linked in 2018, welcomed their baby girl with a gestational carrier’s help three months after their breakup.

“I would probably refer to him as my boyfriend, but we’re very fluid,” Grimes said on Thursday of their current relationship status. “We live in separate houses. We’re best friends. We see each other all the time. … We just have our own thing going on, and I don’t expect other people to understand.”