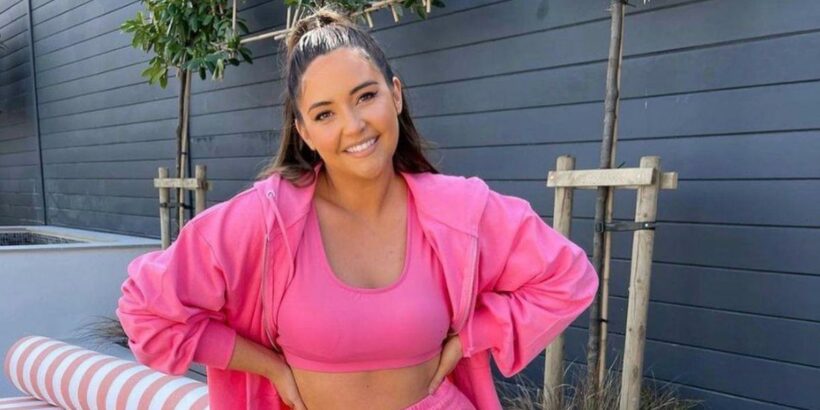 Jacqueline Jossa and husband Dan Osborne have moved into their “forever home” in Essex, with work underway to renovate the gorgeous property.

The I’m A Celebrity winner has now shared another glimpse inside the gorgeous £1.2million six bedroom property in Essex, which features a luxury fireplace perfect for the family to relax in front of.

The 28 year old former EastEnders star unveiled a huge TV installed in the living room of the property as well as an open plan kitchen which is currently being re-done.

Jacqueline and Dan’s home was filled with boxes and construction workers as they showed off the space, which is clearly coming together nicely with a tiled fireplace taking centre stage.

The TV star then filmed the garden. which Jacqueline revealed still has a long way to go, as Dan’s father and other builders got to work outside.

Of course fitness fanatic Dan is having a home gym erected on one side of the garden, which is currently being built. It comes after Dan revealed that he’s going to buy a security dog to protect Jacqueline and their daughters, Mia and Ella, while he’s working away.

The former TOWIE star and his wife already own two very small furry pooches and previously also had a pet Husky they had adopted, but have since given away to Dan's grandad.

Speaking on the new addition to their family, the reality star explained: "We've got two little tiny dogs, they're lovely and great for the kids, they're like two little fluff balls basically [sic]

Dan, who recently shared a first look at the cinema room inside their new home , continued: "He's lovely… but also we're moving into a bigger house and if I'm away working because I'm up and down the country now with Prize Paradise – when I'm away I want them all to feel safe as well and especially Jacqueline on her own in the house and stuff like that so we're getting a big trained dog.

"With the house – we have finally got to all of the problems and they're all being solved so hopefully it will just be a couple more weeks and we can move in."

It is unclear what dog the TV personality is referring to, however he and Jacqueline revealed in February this year that they had become proud parents to a cute Rottweiler puppy called Tyson.