Jade Jagger, 46, reveals how she helped deliver her first granddaughter – while she was nine months pregnant herself

Jade Jagger has revealed how she helped her daughter give birth while she was nine months pregnant herself.

Jewellery designer Jade, 46, coached daughter Assisi, 25, through a 72-hour labour at her Cornish home in May 2014. 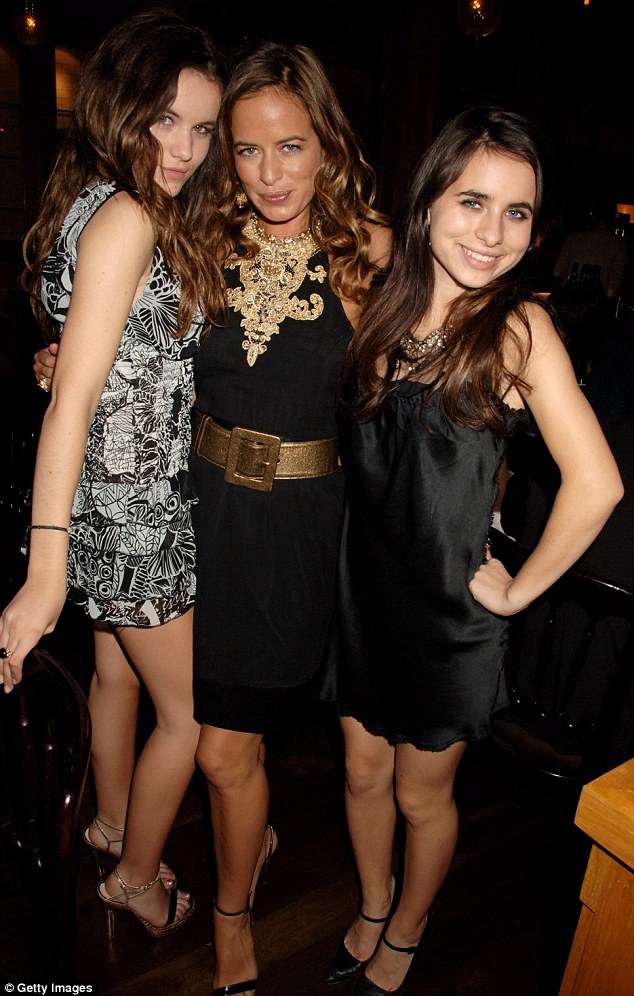 Jade Jagger has revealed how she helped her daughter give birth while she was nine months pregnant herself. Pictured, Jade, centre, with daughters Amba, left, and Assisi in 2008 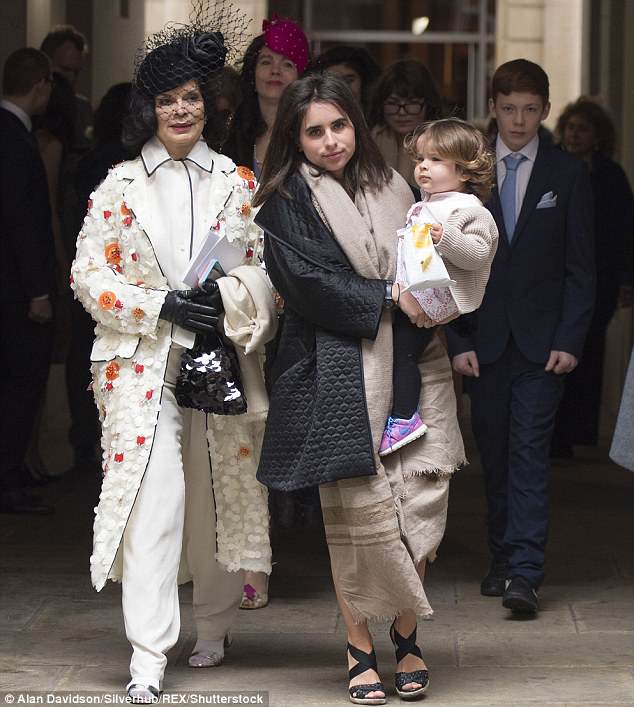 Assisi made Rolling Stones frontman Sir Mick Jagger a great-grandfather for the first time when she welcomed daughter Ezra in 2014. Pictured, Assisi with Ezra and grandmother Bianca Jagger, left, at the wedding blessing of Rupert Murdoch and Jerry Hall in 2016 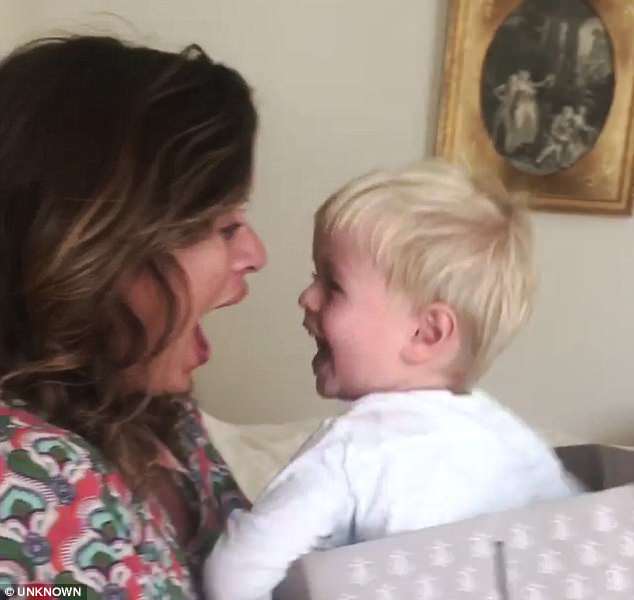 Speaking to British Vogue, in an interview reported by the Evening Standard, Jade admitted people are ‘amazed’ to learn she delivered her first granddaughter, Ezra.

She said: ‘My daughter, Assisi, had a home birth, just like I did when I had her.

‘Over the course of her 72-hour labour, I held her hand as we walked around the Cornish countryside and breathed with her through the contractions, while her partner Alex and the rest of the family anxiously waited to meet the new arrival.’ 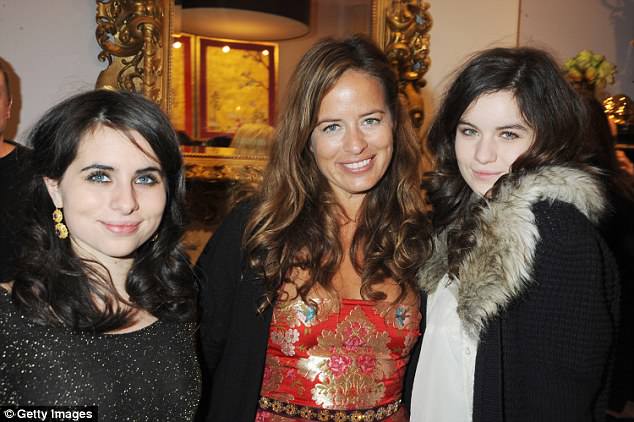 Jade had daughters Assisi, left, and Amba, 22, with the artist Piers Jackson. Pictured in 2009 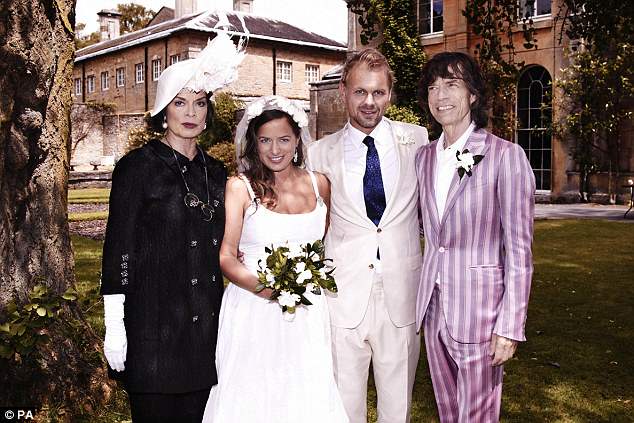 She added: ‘All of this might have been slightly easier to handle if I hadn’t been almost nine months pregnant myself.’

Jade is the daughter of Sir Mick Jagger and his ex-wife Bianca. She had daughters Assisi and Amba, 22, with the artist Piers Jackson, whom she met while studying for her A-levels. She married Fillary at a star-studded bash in Oxfordshire in 2012. 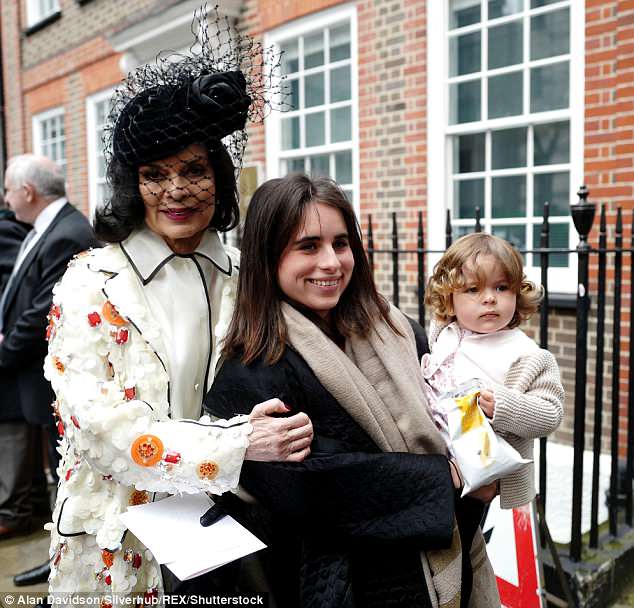 Speaking before the birth of Ezra, Assisi said she felt grown up and ‘settled’. Pictured, Assisi with Ezra and grandmother Bianca Jagger, left, at the wedding blessing of Rupert Murdoch and Jerry Hall in 2016

Jade and Assisi made headlines when they revealed they were expecting at the same time. 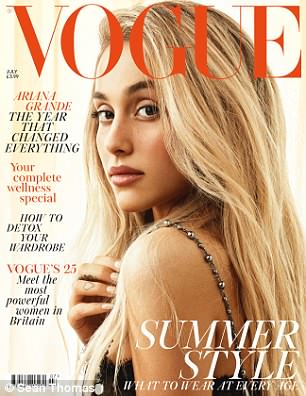 In an interview with Hello! Magazine, Assisi said having children young ‘runs in the family’.

She said: ‘I grew up quite quickly and wouldn’t have considered having a child if I was doing what my friends are doing at this stage, messing around. I don’t drink, I don’t smoke and I’m very settled.’

See the full feature in the July issue of Vogue, available on digital download now and on newsstands tomorrow.