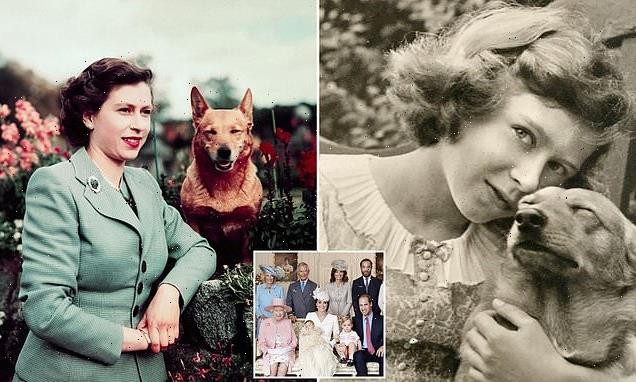 James Middleton has shared a poignant tribute to Her Majesty the Queen after the monarch’s death on Thursday.

The Princess of Wales’s brother, 35, became the first member of Kate’s family to share a personal statement about the Queen as he posted a number of photos of the Queen throughout her life alongside her beloved corgis on Instagram.

The entrepreneur, who is an avid-dog lover, wrote: ‘Queen Elizabeth II, the epitome of steady grace, resolve and reassurance.

‘Our constant in a world of change. Thank you for a lifetime of service and leadership.’

It is not known how many times James met the Queen, although they often attended family events, such as the christenings of Prince George and Princess Charlotte, with one another. 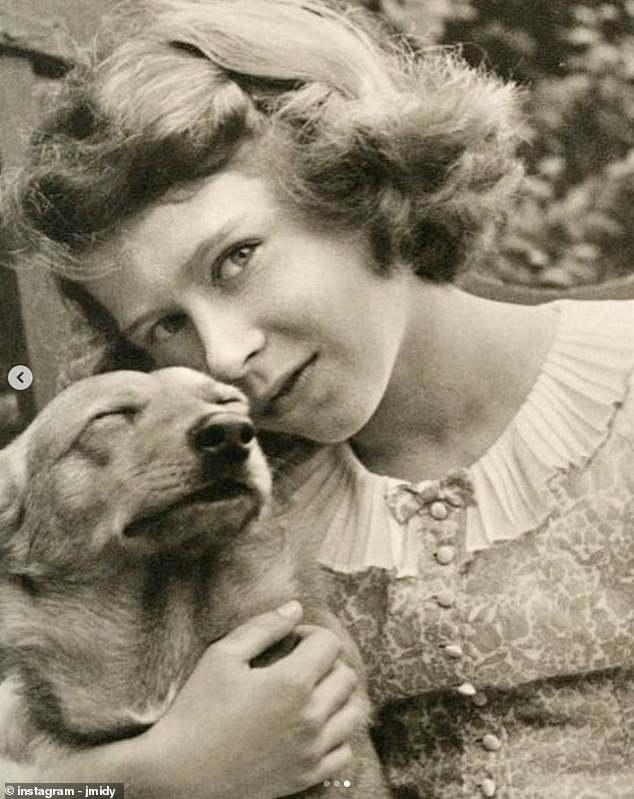 James Middleton has shared a poignant tribute to Her Majesty the Queen after the monarch’s death on Thursday, posting a number of photographs of the royal with her dogs 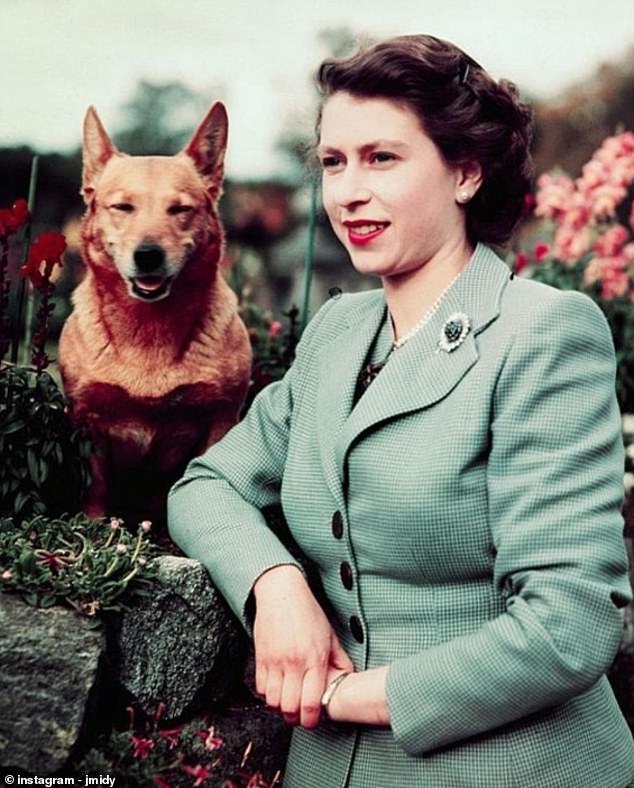 Queen Elizabeth II of England at Balmoral Castle with one of her Corgis, September 28, 1952

James enjoys a close relationship with his sister, the new Princess of Wales.

He has previously given sister Kate two spaniel puppies, Lupo and Orla, who starred in Princess Charlotte’s seventh birthday snaps.

James and his wife Alizee bought a £1.45million mansion for their first home together in Buckleberry after deciding to leave London for life in the country.

It is not far from Prince William and Kate’s new home of Adelaide Cottage in Windsor.

Her Majesty Queen Elizabeth II died on Thursday aged 96, at Balmoral Castle, leaving a nation to mourn the adored monarch. 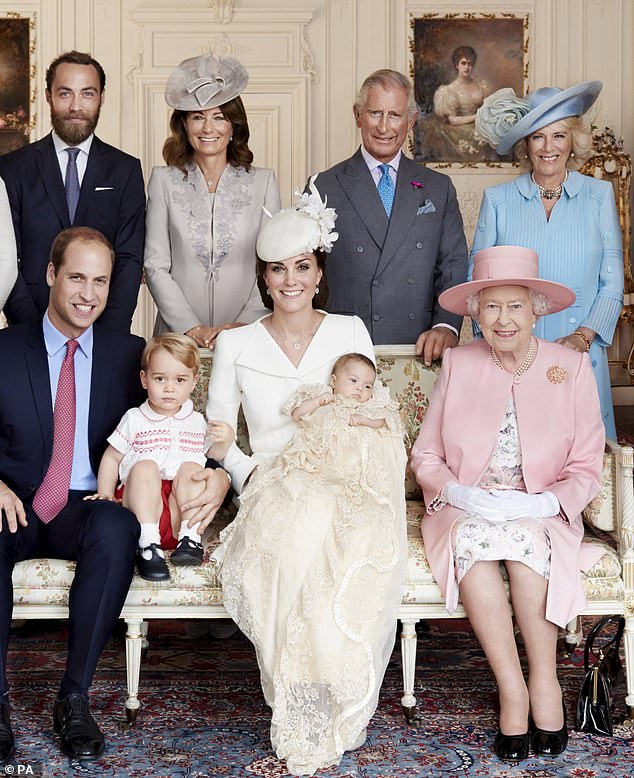 It is not known how many times James met the Queen, although they often attended family events, such as the christenings of Prince George and Princess Charlotte, with one another (pictured back left, and the Queen, front right)

She always loved dogs, famously corgis and she owned more than 30 of the breed during her reign spanning seven decades.

When she died she had two corgis as pets as well as a cocker spaniel and a dorgi, which is a dachshund corgi cross Her Majesty is said to have created.

Respectively their names are Muick, named after one of the Queen’s favourite spots near Balmoral Castle, Sandy, Lissy and Candy.

No public plans for the four dogs have been disclosed but it is thought they will either end up with members of the royal family or their staff.

Tributes have poured in from around the world as her steadfast commitment to providing stability and service was shown true over her 70-year reign. 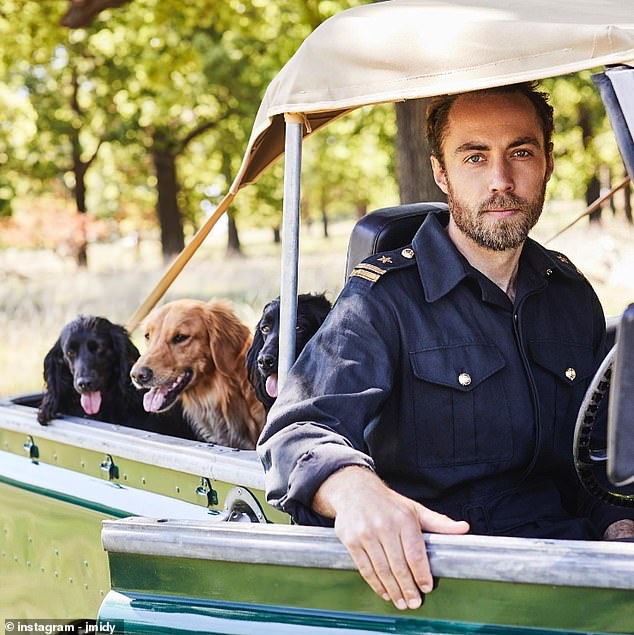 James is an dog lover and has six as pets. He said the Queen was ‘our constant in a world of change’ and thanked her ‘for a lifetime of service and leadership’

Thousands of mourners gathered at the gates of Buckingham Palace last night following the death of the Queen to pay their respects, leaving hundreds of bouquets, personal notes and candles in her honour.

A huge mound of floral tributes built up outside the gates, while Tower Bridge was bathed with purple light in honour of Britain’s longest-reigning monarch.

The King wiped tears away yesterday and appeared to clutch his heart after the first royal walkaround of his reign at Buckingham Palace.

The King was greeted by kisses and shouts of ‘God Save the King’ as he received a rapturous welcome from thousands of well-wishers. 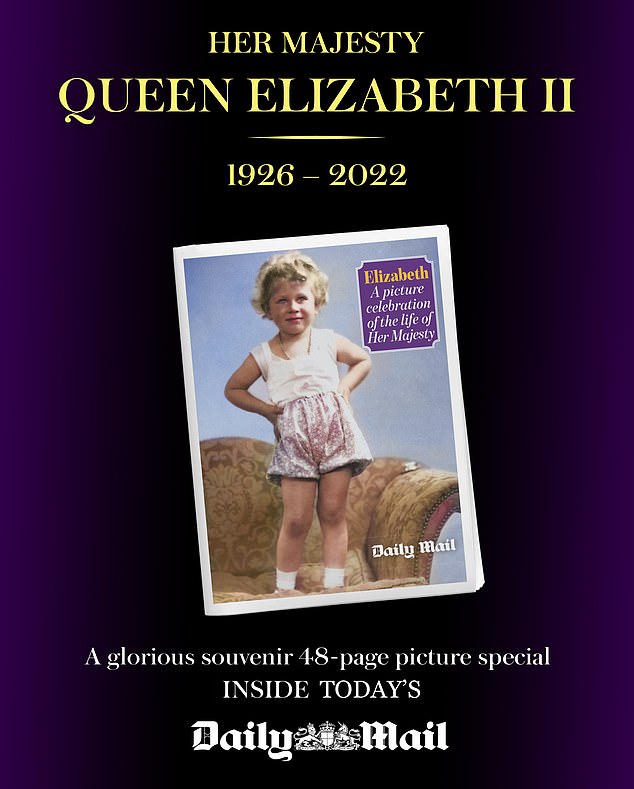 The King was heard saying, ‘Thank you so much, it’s so kind, it really is’, ‘God bless you’ and ‘I’ve really dreaded this day’ during the 15-minute walkabout. One woman shouted to him, ‘We love you King Charles and we loved your mum’.

Huge crowds cheered as the visibly emotional sovereign arrived in a vintage Rolls-Royce alongside Camilla, the Queen Consort, before he got out and began shaking hands with countless members of the public waiting behind a barrier.

Saturday will see Charles proclaimed King at St James’s Palace before he meets with Liz Truss and her Cabinet and holds his first Privy Council.

Yesterday, King Charles III and Queen Consort Camilla returned to London from the Queen’s bedside in Balmoral, where Charles had an audience with the new prime minister, Liz Truss, and he addressed the nation for the first time as king.