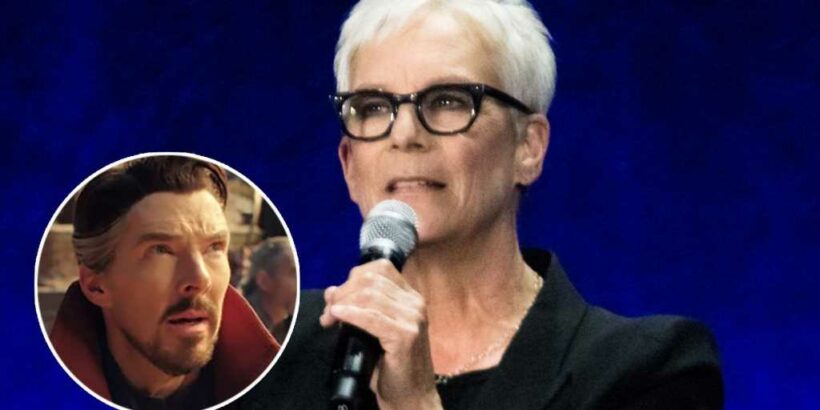 The "Everything Everywhere All at Once" star gets hilariously competitive with fellow multiversal madness movie in a series of posts filled with bad Marvel puns and sexually awkward details.

Multiverses are all the rage right now. So much so, that two of them are battling it out on the big screen right now — and if Jamie Lee Curtis has her way, on social media as well.

The star of “Everything Everywhere All at Once” took aim at “Doctor Strange in the Multiverse of Madness” in a series of Instagram posts where she brilliantly and hilariously slammed the latest Marvel film, touting hers as the better multiverse mayhem movie. 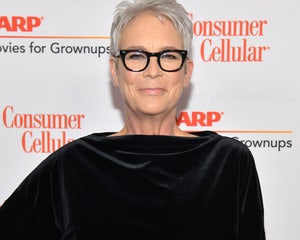 “Everything Everywhere All at Once” features Michelle Yeoh as an immigrant mother who finds herself experiencing multiple timelines at once in an effort to save the world, while also getting glimpses of lives she could have led.

It’s a far more intimate take on the multiverse than the bombastic, superhero, big-budget take that began in the latest “Spider-Man” film and “Loki” before exploding onto multiplexes last week.

Curtis has been at it since “Doctor Strange” released, kicking off her opening salvo with a side-by-side comparison of the film’s movie posters, and declaring that “Everything” “out marvels any Marvel movie they put out there.”

She then jokingly asked if Marvel had copied their movie poster. “Is this one of those Internet feuds?” She followed that up with a photograph of a New York Times review that compared “Strange” unfavorably to “Everything.” Curtis would like to wholeheartedly agree.

She also joked that her movie “COST LESS than the ENTIRE craft service budget on Doctor Strange and/or any other Marvel movie.” Acknowledging that she was creating this silly one-sided feud, Curtis admitted that she was certainly competitive: “I wasn’t head cheerleader in high school for nothing.”

As the “feud” went on, Curtis made it clear how firmly her tongue was planted in her cheek, adding the hashtag #guessiwillneverbecastinamarvelmovie. 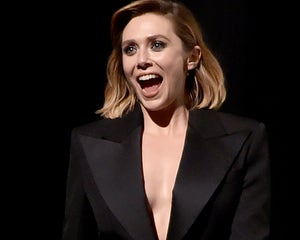 On Monday, the actress discovered that she had gone viral for her posts, which elicited another post. We also have to applaud Curtis for her relentless promotion and love for her film. Even nearly two months after its release, she continues to share praise and stories about the project.

As for going viral when she took aim at “Strange,” Curtis simply took the opportunity to sum up the point she was trying to get at. “Strange” might be bigger and flashier, but she dares you to ask yourself, “Did you feel something?” “Did you have an experience like no other you have had?”

The implication is clear, that “Everything Everywhere All at Once” offers you this opportunity and, as Curtis puts it, “THAT is what MATTERS!” You can check out her full commentary below.