Not backing down. Jane Fonda revealed she was beginning six months of chemotherapy after being diagnosed with non-Hodgkin’s Lymphoma — and has no plans to let it slow her down.

Celebrity Health Scares Through the Years

“So, my dear friends, I have something personal I want to share. I’ve been diagnosed with non-Hodgkin’s Lymphoma and have started chemo treatments,” Fonda, 84, wrote via Instagram on Friday, September 2, alongside a selfie. “This is a very treatable cancer. 80% of people survive, so I feel very lucky.”

The Grace & Frankie star explained that “almost every family in America” has been forced to face cancer at “one time or another,” noting that she is “privileged”  to have both health insurance and access to the “best doctors and treatments” available.

“We also need to be talking much more not just about cures but about causes so we can eliminate them,” the Academy Award winner added. “For example, people need to know that fossil fuels cause cancer. So do pesticides, many of which are fossil fuel-based, like mine.”

The New York native, who made headlines in 2020 for her climate activism and subsequent arrests, said that while she is “doing chemo for 6 months” and “handling the treatments quite well,” she has no plans to let cancer “interfere” with her activism against climate change alongside her “army of climate champions.” 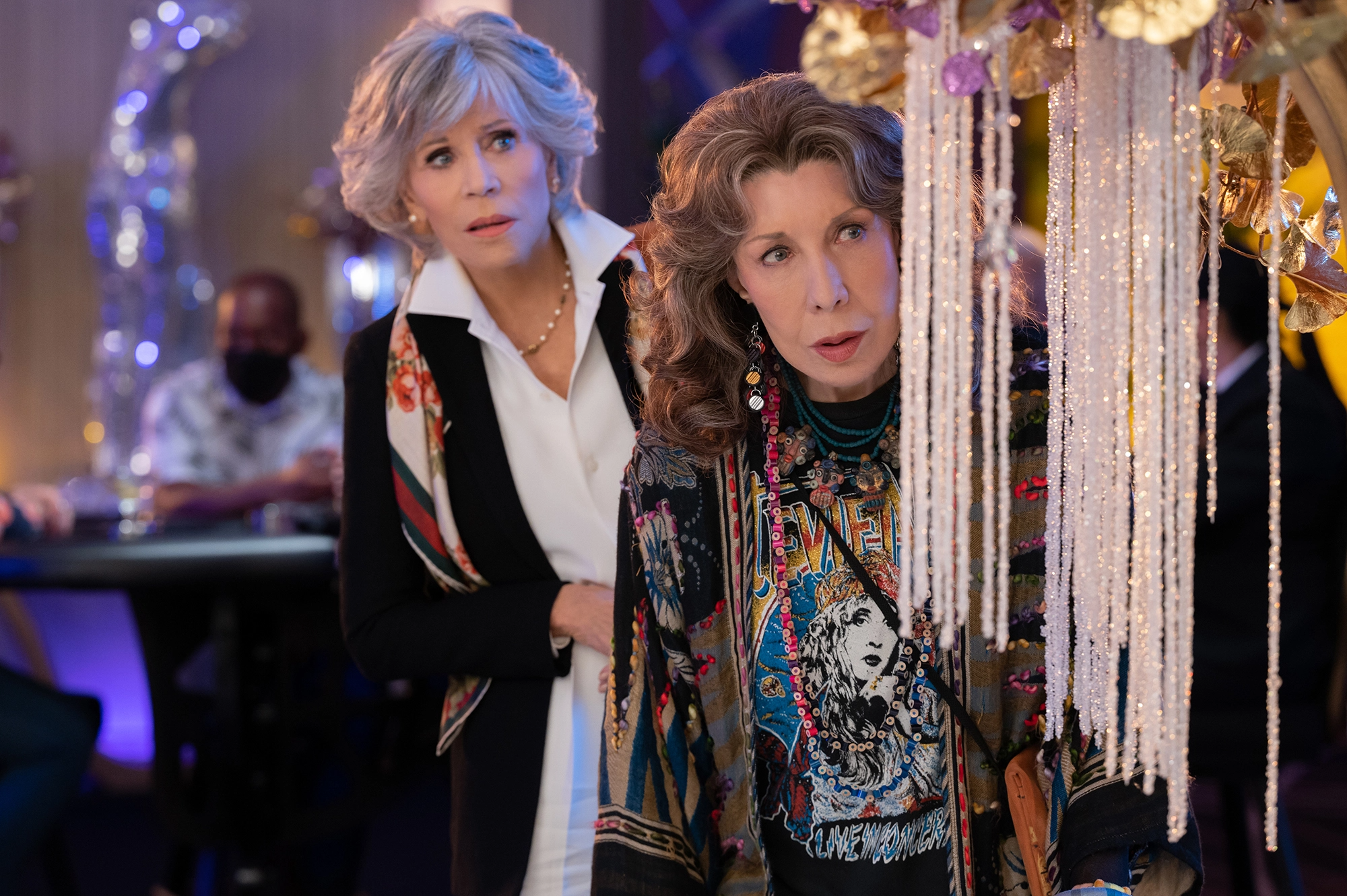 “Cancer is a teacher and I’m paying attention to the lessons it holds for me,” Fonda shared. “One thing it’s shown me already is the importance of community. Of growing and deepening one’s community so that we are not alone. And the cancer, along with my age — almost 85 — definitely teaches the importance of adapting to new realities.”

She added, “We’re living through the most consequential time in human history because what we do or don’t do right now will determine what kind of future there will be and I will not allow cancer to keep me from doing all I can, using every tool in my toolbox and that very much includes continuing to build this Fire Drill Fridays community and finding new ways to use our collective strength to make change.”

The Barbarella star has been vocal about her own mortality in the past, telling CBS Sunday Morning in August that she is “super-conscious” about “being closer to death” but that it “doesn’t really bother me much,” adding, “What bothers me is that my body is basically not mine. My knees are not mine, my hips are not mine, my shoulders are not mine. You’re looking at somebody who’s only me from here up.”

She added, “The fact is if you’re alive and relatively healthy at an older — I mean, I’m almost 85. The fact that I’m still alive and working, wow, who cares if I don’t have my old joints? And I can’t ski or bike or run anymore? Enh. You know, you can be really old at 60, and you can be really young at 85.”

That same month, she opened up to Vogue about the realities of aging and how Grace & Frankie was a comedy series meant to “give people, especially women, a lot of hope” about living a full life at any age.

The Our Souls at Night actress also asserted that enhancements are not always the answer. “I’m thinking we all know a lot of women who are wealthy who’ve had all kinds of facelifts and things like that, and they look terrible,” she quipped, revealing she regrets her own procedure.

Fonda noted that while nothing is wrong with plastic surgery, the process can be addicting. “I don’t know if I had to do it over if I would do it. But I did it. I admit it, and then I just say, OK, you can get addicted. Don’t keep doing it. I had a facelift and I stopped because I don’t want to look distorted,” the Book Club star admitted. “I’m not proud of the fact that I had [one].”

As for Fonda’s own health regimen, the movie star explained: “I sleep, I move, I stay out of the sun, and I have good friends who make me laugh. Laughter is a good thing to do.”